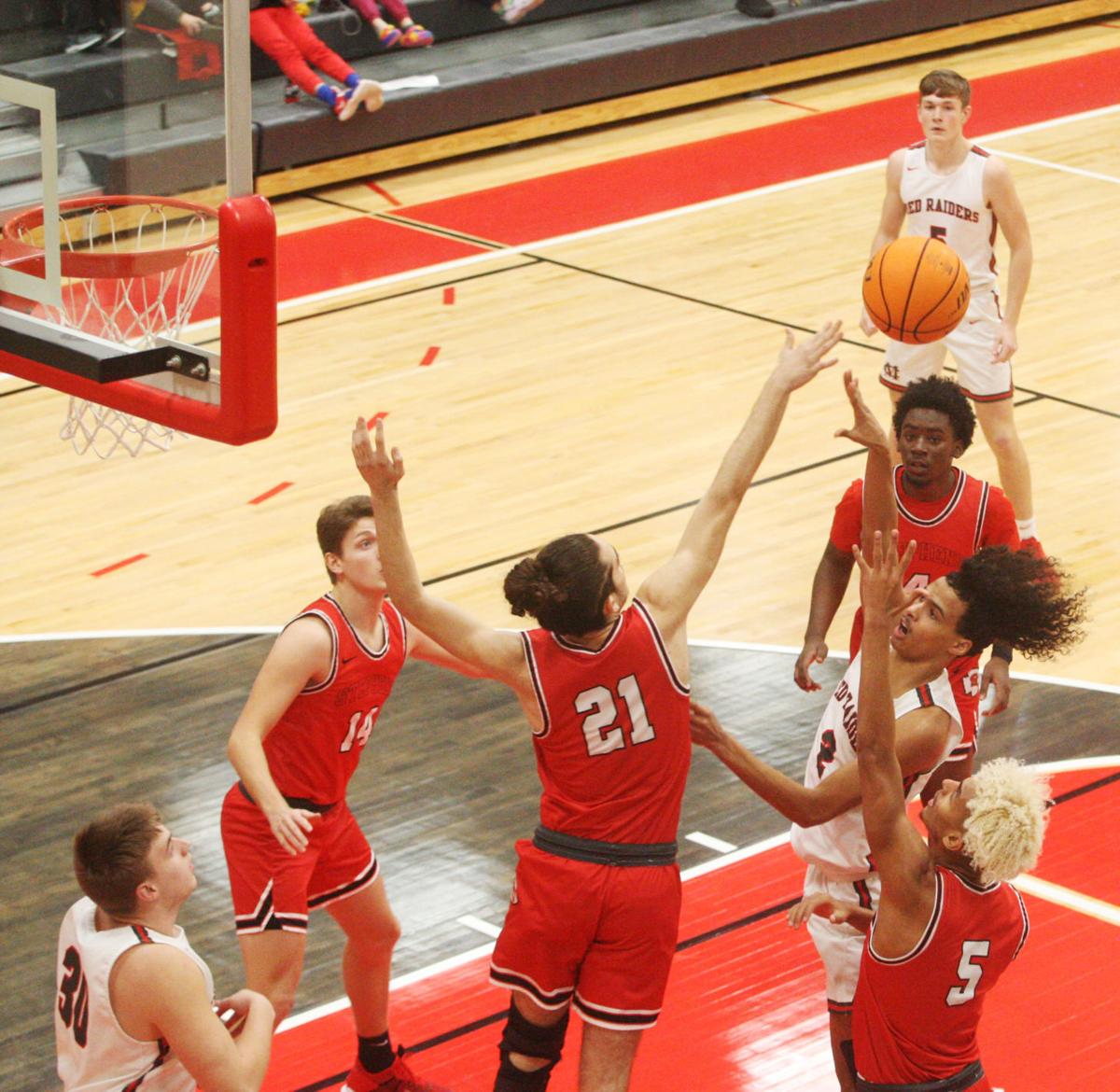 Corey Chatham puts up a shot in the paint versus Stephens County. 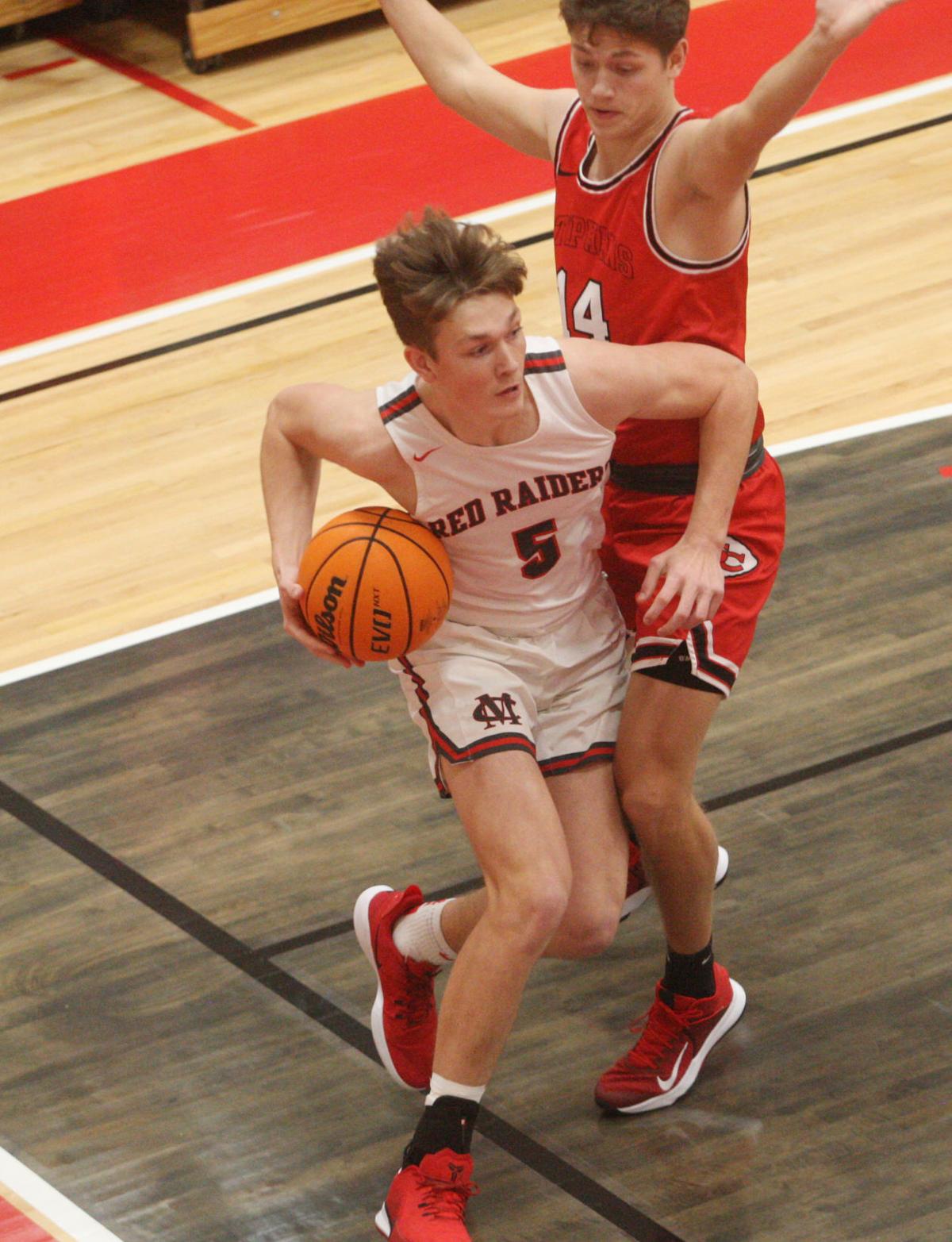 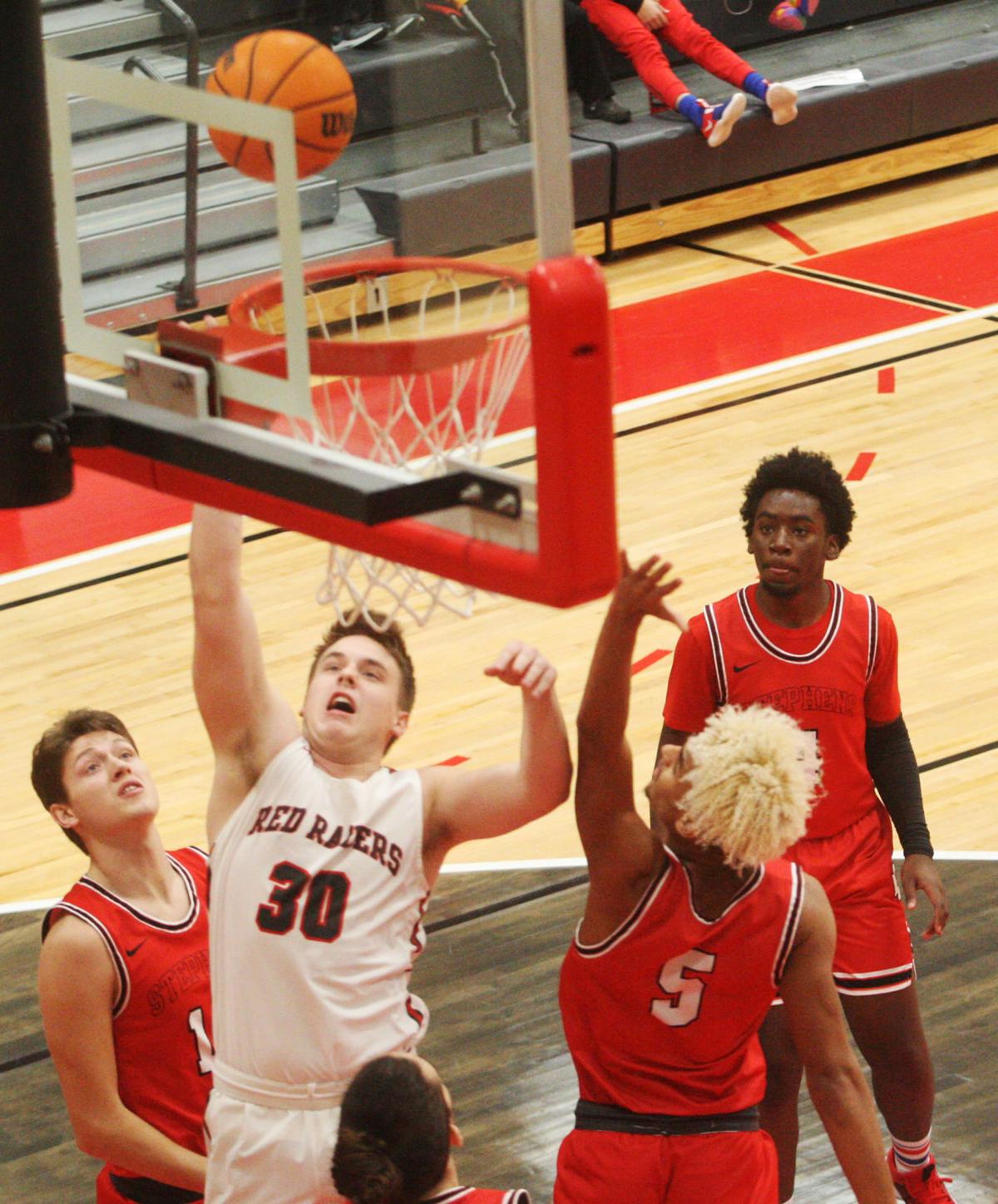 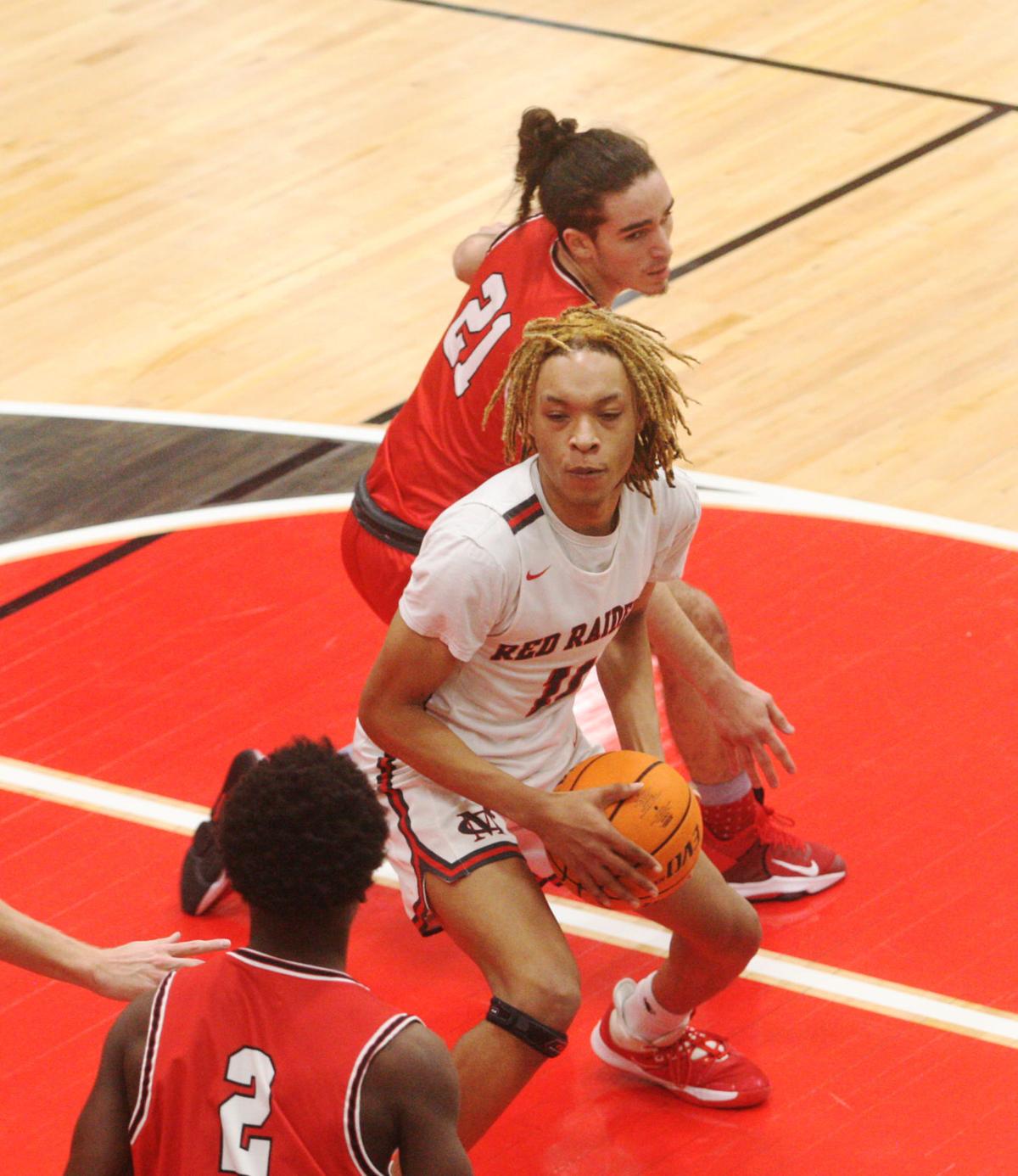 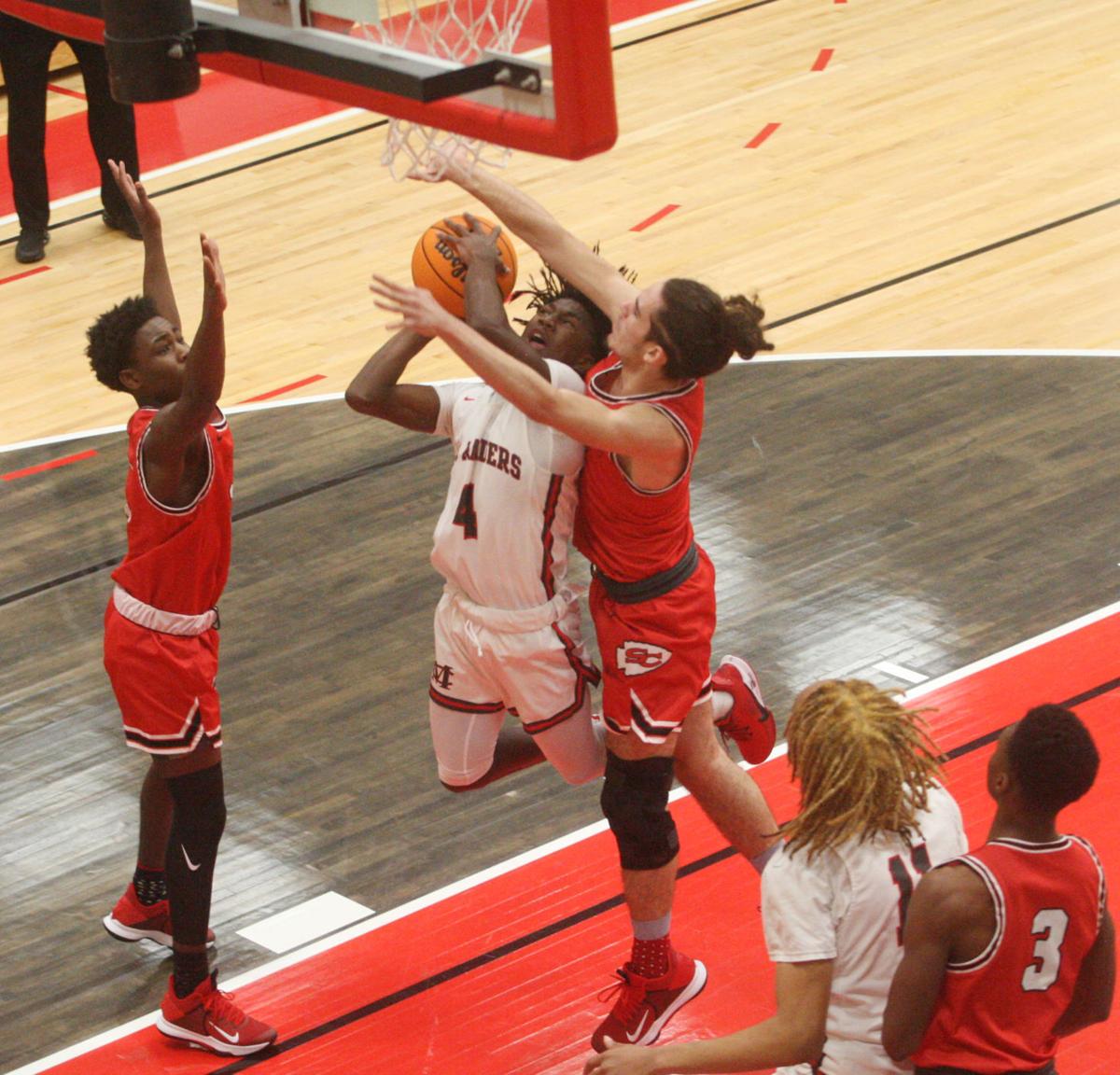 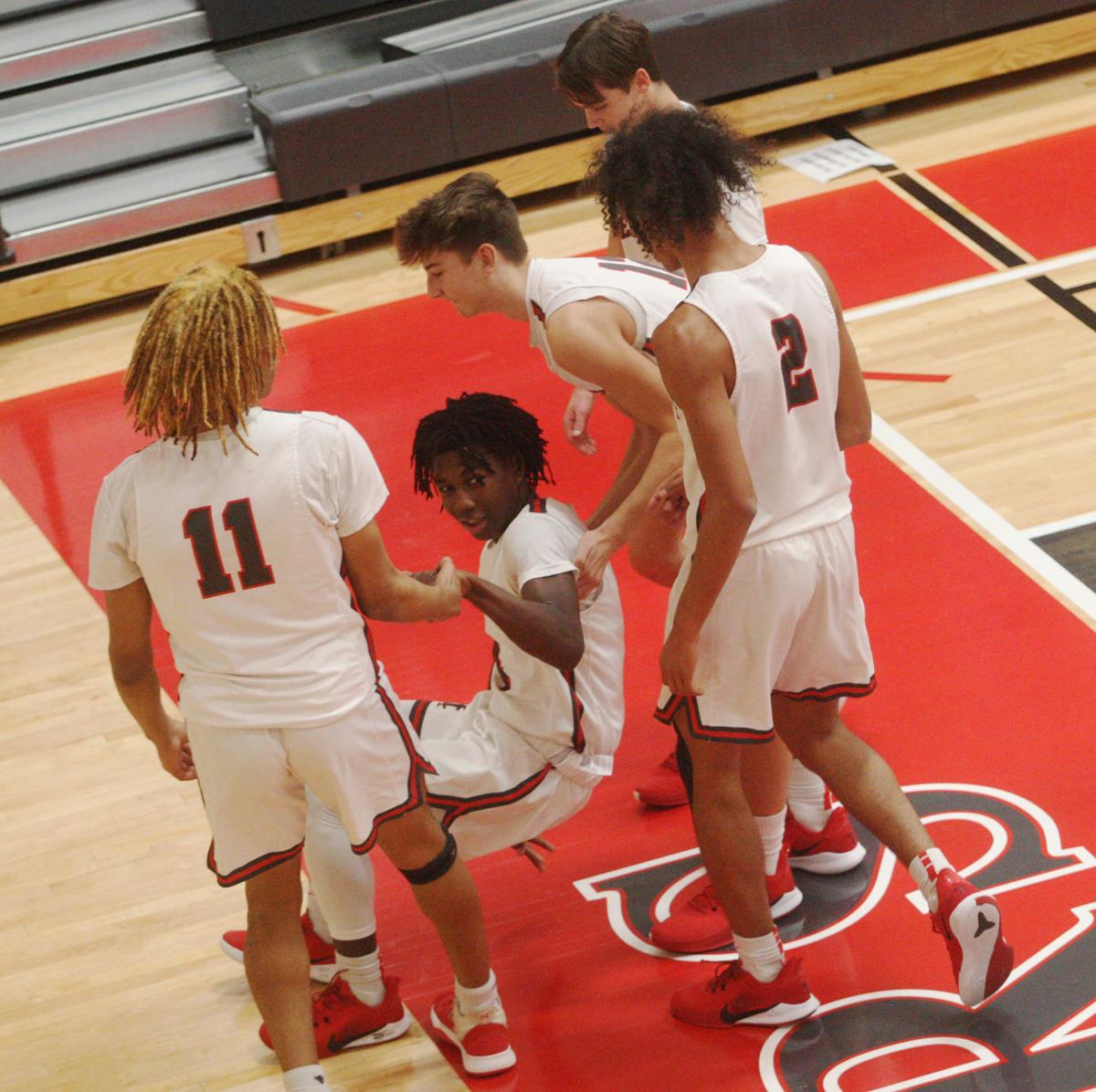 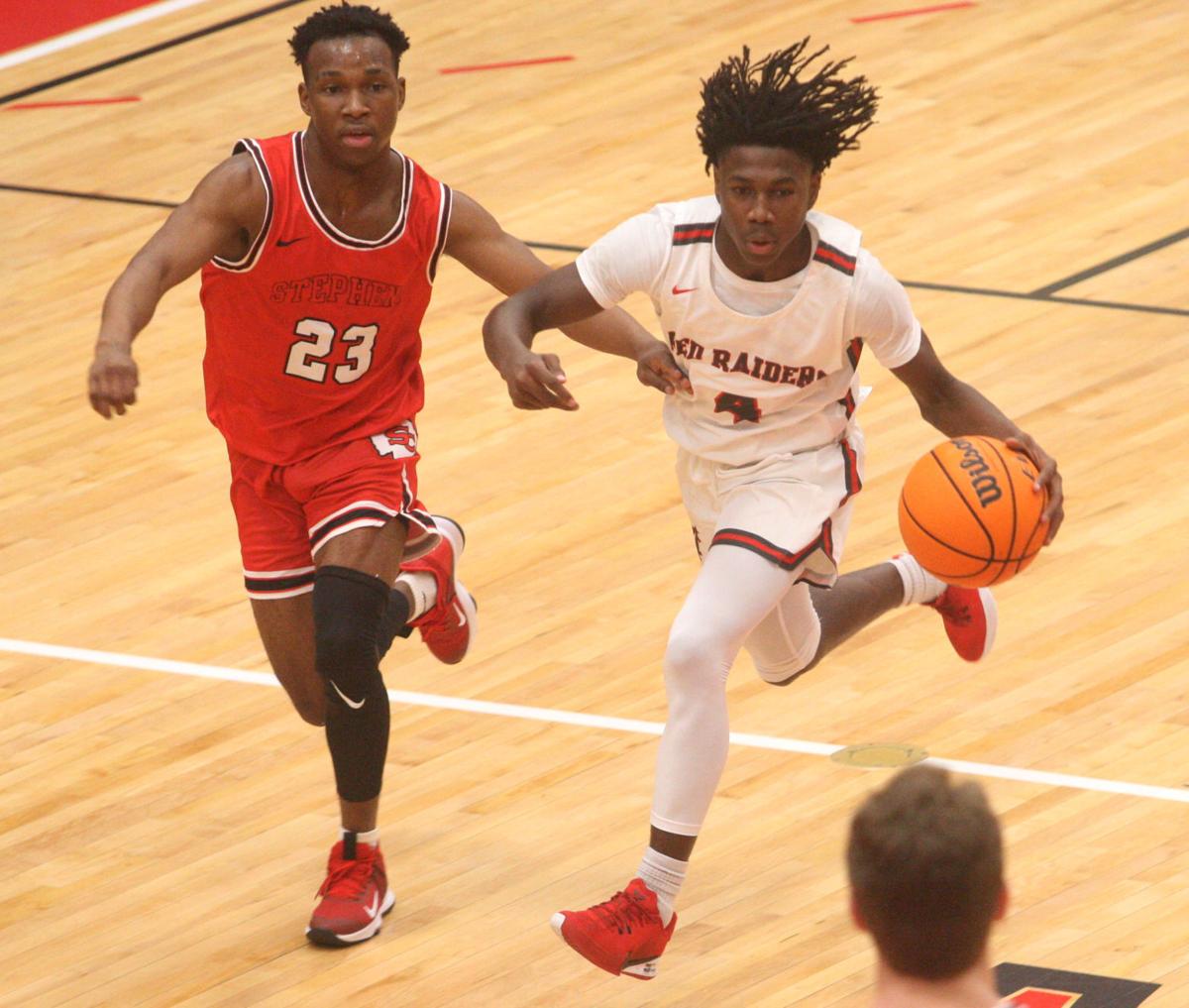 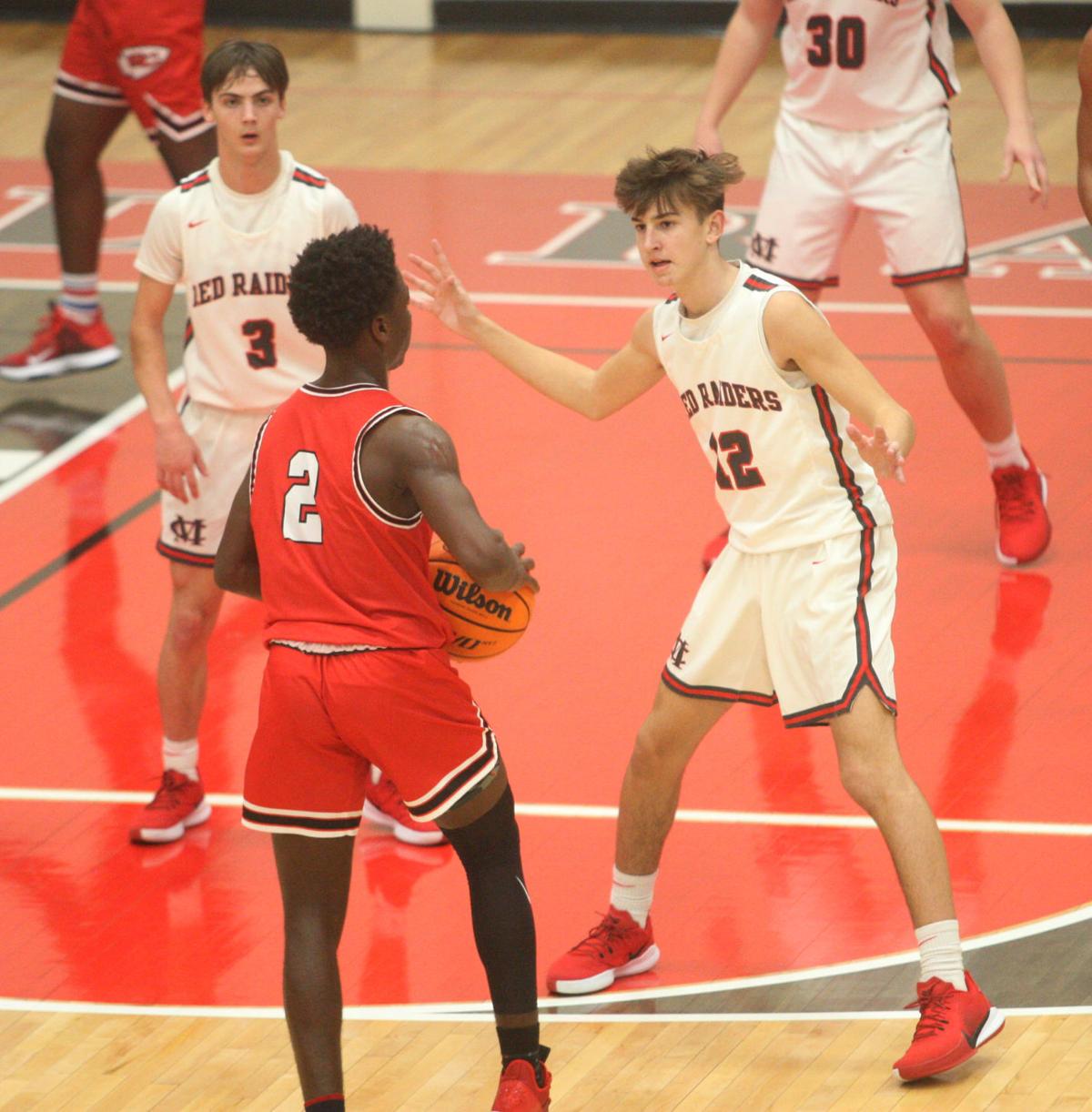 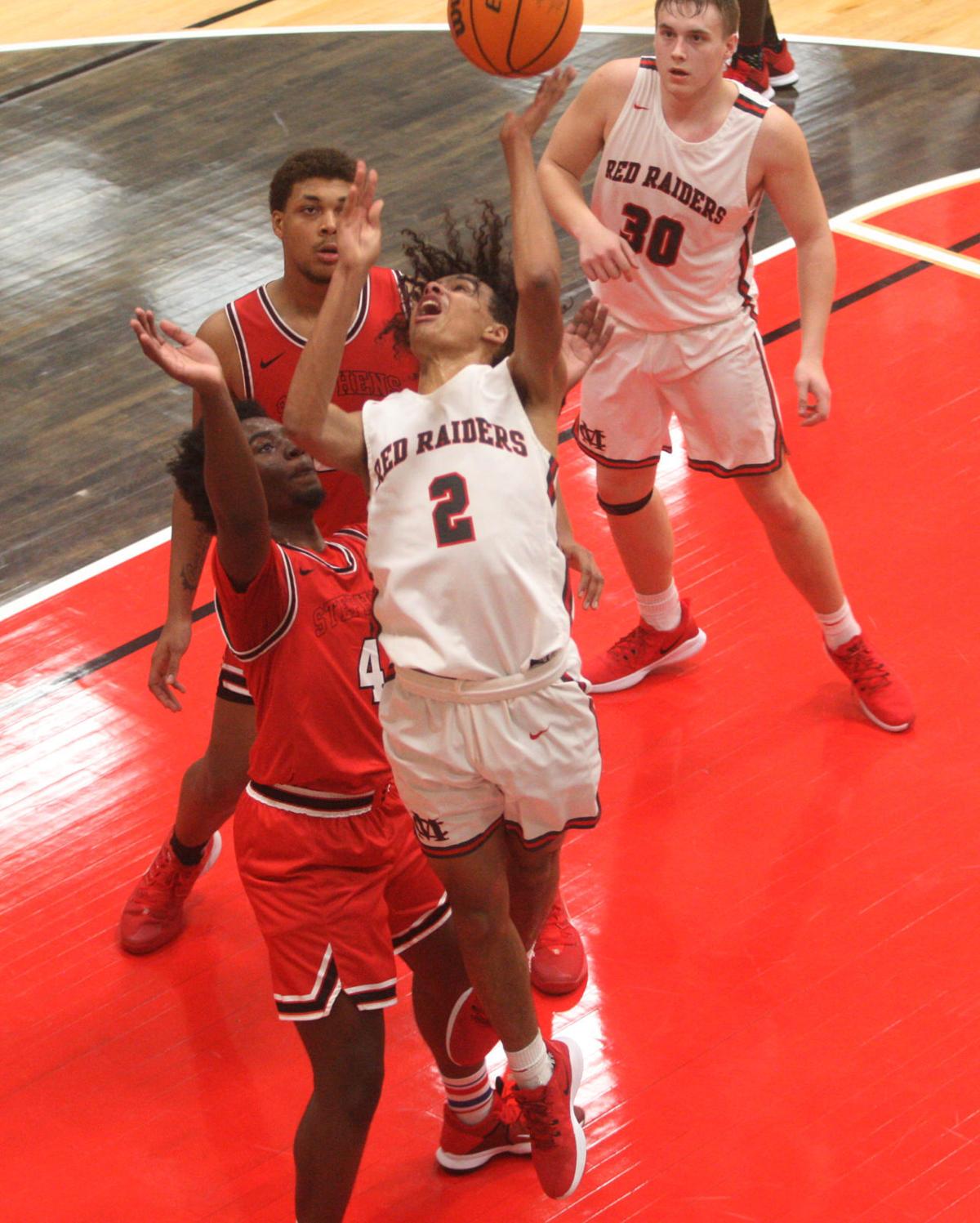 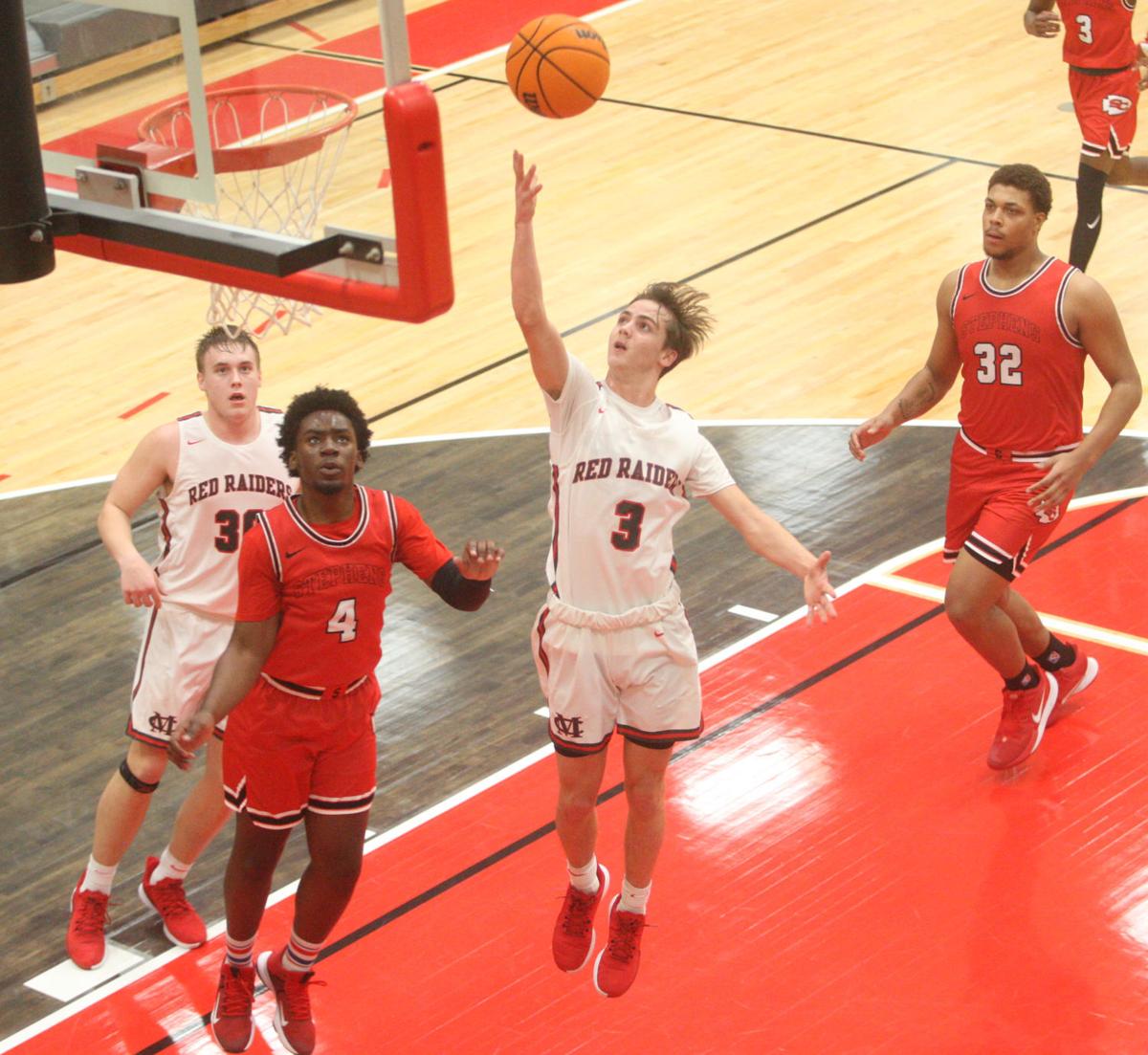 Corey Chatham puts up a shot in the paint versus Stephens County.

Coach Bryan Bird preaches unselfish basketball — that kind where the extra pass is made and multiple people score.

Madison County has snagged five wins in six games, with multiple players getting in on the scoring action.

“Our offense is a rhythm offense,” said Bird after his team held on for a dramatic 59-57 win over Stephens County Saturday. “It’s not an isolation where we try to get it to one guy all the time. Of course, we have plays to get certain players the shots we want, but it’s designed to be unselfish. And the more unselfish you are, the better it works and the better it is for everybody. We struggled with that out of quarantine, but that’s what we’ve really been focusing on in practice.”

Bird said South has been particularly sharp as of late. The Raider guard led the team with 20 points last week versus Chestatee, followed by 23 — and five three pointers — in Madison County’s 85-49 home blowout over East Hall Friday and 12 in the team’s close win versus Stephens the following day.

“Peyton had a huge week,” he said.

Bird said his team is starting to gel after the long quarantine layoff that mired the start of the season.

“We were so out of shape it was hard to play as hard as we needed to those first few games out of quarantine,” said Bird. “We always want to play hard, but eventually you run out of gas. I feel like we’re starting to get back in a little better shape. We’re starting to get in rhythm offensively and defensively from having time to practice.”

The coach said Carruth, a freshman, is not just athletic and talented at point guard, but catches on quickly to what’s taught.

Bird said Graham “is doing a great job finishing” and that Hill, who is recovering from an ankle injury, “is still working back into shape and trusting that ankle and the more he does that, the more he’s going to be tough to handle. He was huge tonight.”

Hill brought a roar from the Raider crowd on a game-winning putback basket with six seconds to go Saturday, giving Madison County the two-point win after it had squandered a 14-point lead and fallen behind with less than a minute to go. Carruth hit a bucket to tie the game. Madison County got a stop. Then Bird called a time out with 21 seconds to go.

“We call a timeout and draw up a play,” said Bird. “Stephens County changes defenses. We’re trying to hold for the last shot. They trap us and Jay Carruth makes a great pass out of the trap. Nolan made a great pass to Corey Chatham. When they rotated, Corey made a great pass to Donnie Graham. He got a shot right at the basket and missed it and Nolan Hill had a huge putback to go up two with six seconds to go. Out of the timeout defensively, they tried to get it into the corner for a three and we just swallowed them up.”

Bird is very pleased with what he’s seeing from his guys.

“I’m so proud of them, puts them at 7-7 on the year,” he said. “We got a lot of momentum. We just have to stay healthy and take care of our bodies.”

Bird said it was another busy week of basketball and his team could use a breather to its legs back.

“We had eight straight days, then we had a day off, and now we’ve gone six-straight days this week,” he said. “We desperately need some rest, but we don’t have too much time to rest.”

“I like the way we’re playing,” said Bird. “We just have to keep it rolling and stay healthy.”

“The kids are really starting to do what we want them to,” said JV coach Brent Bird. “The quarantine hurt us and we had some kids quarantined before the shutdown. Getting everybody back on the same page and working hard is starting to pay off.”

Bird said Chris Rhodes has performed really well for the JV squad, which downed Chestatee 67-53 last week, followed by a 66-40 win over East Hall and a 54-48 victory over Stephens County.