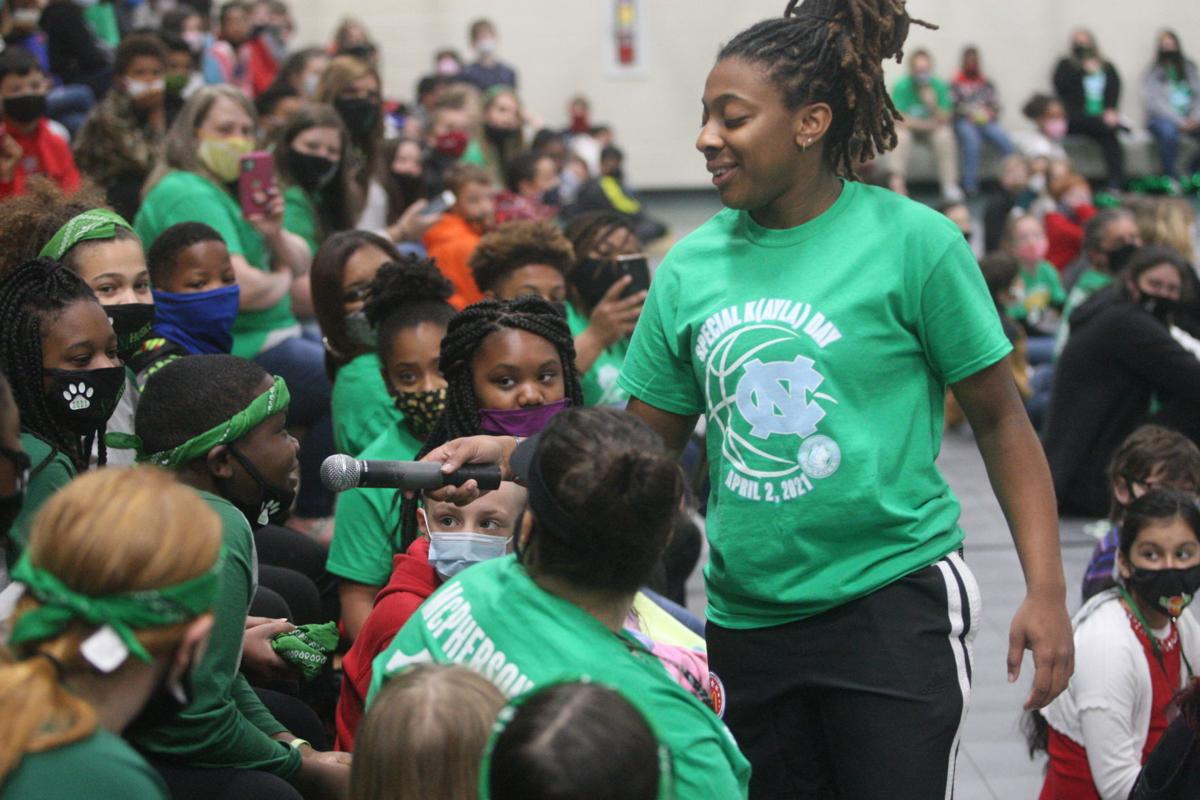 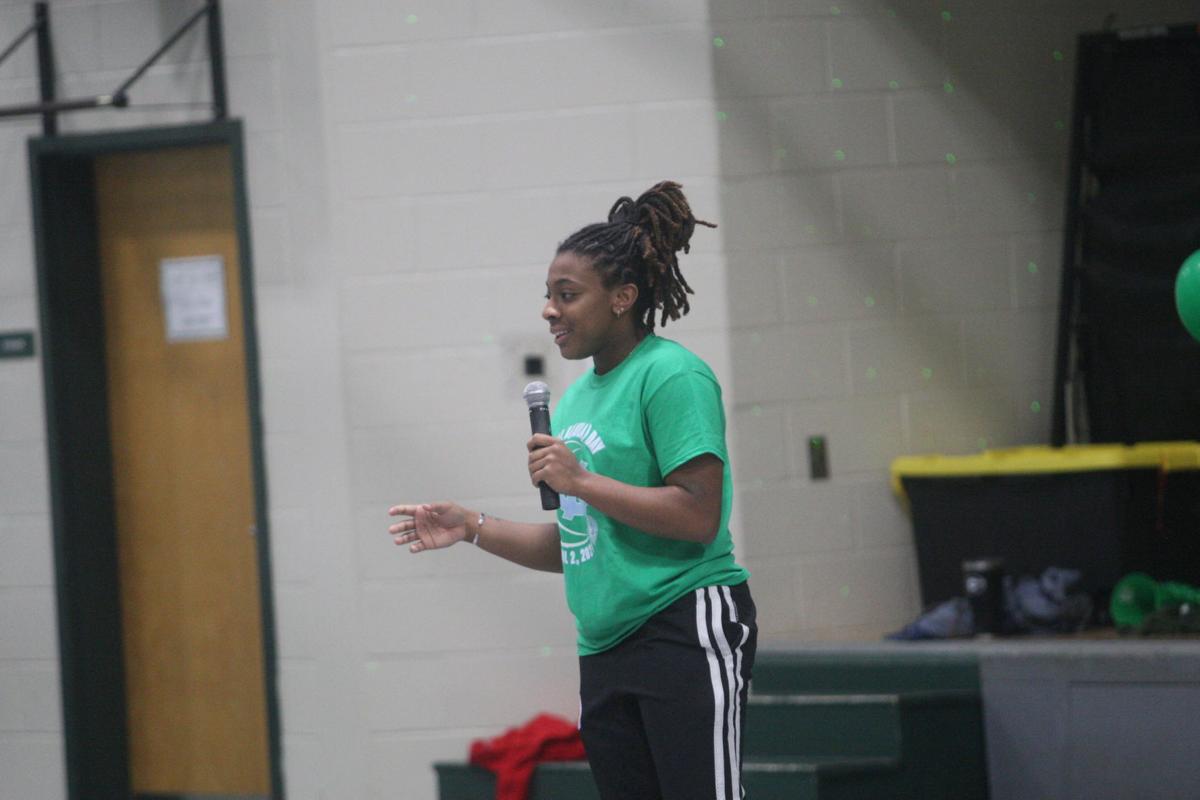 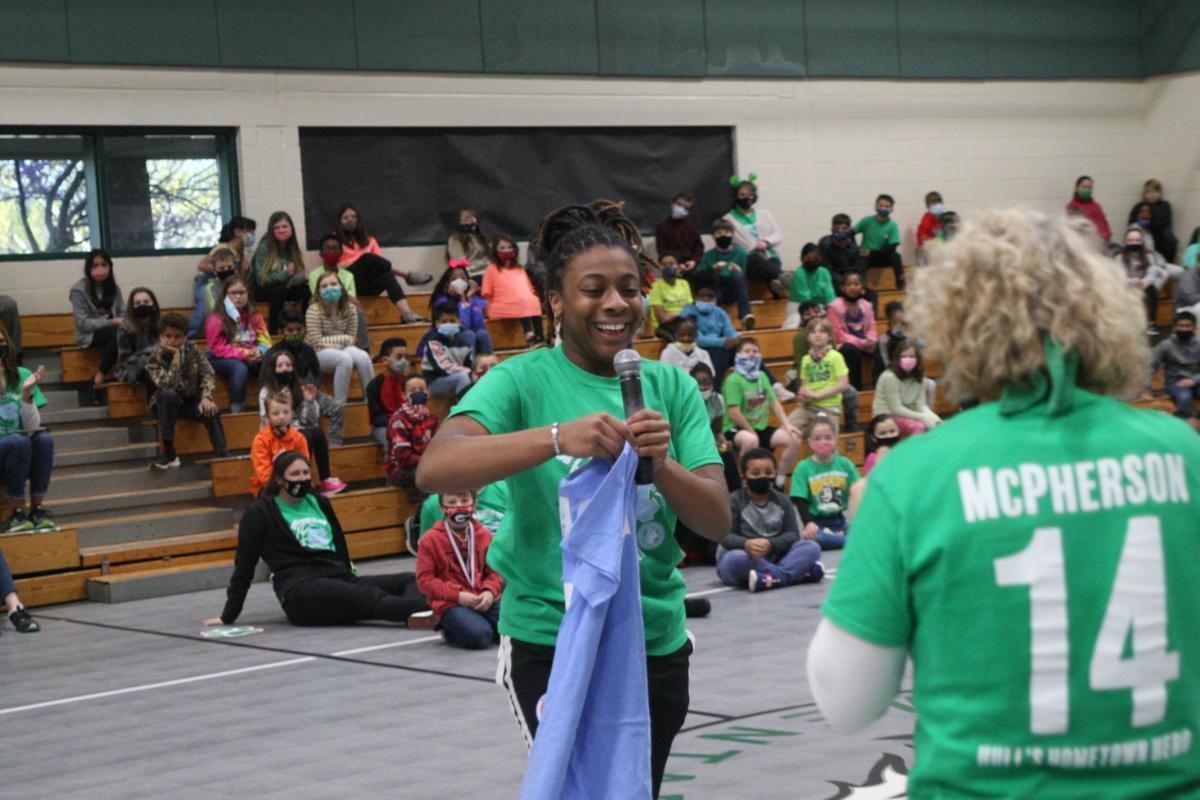 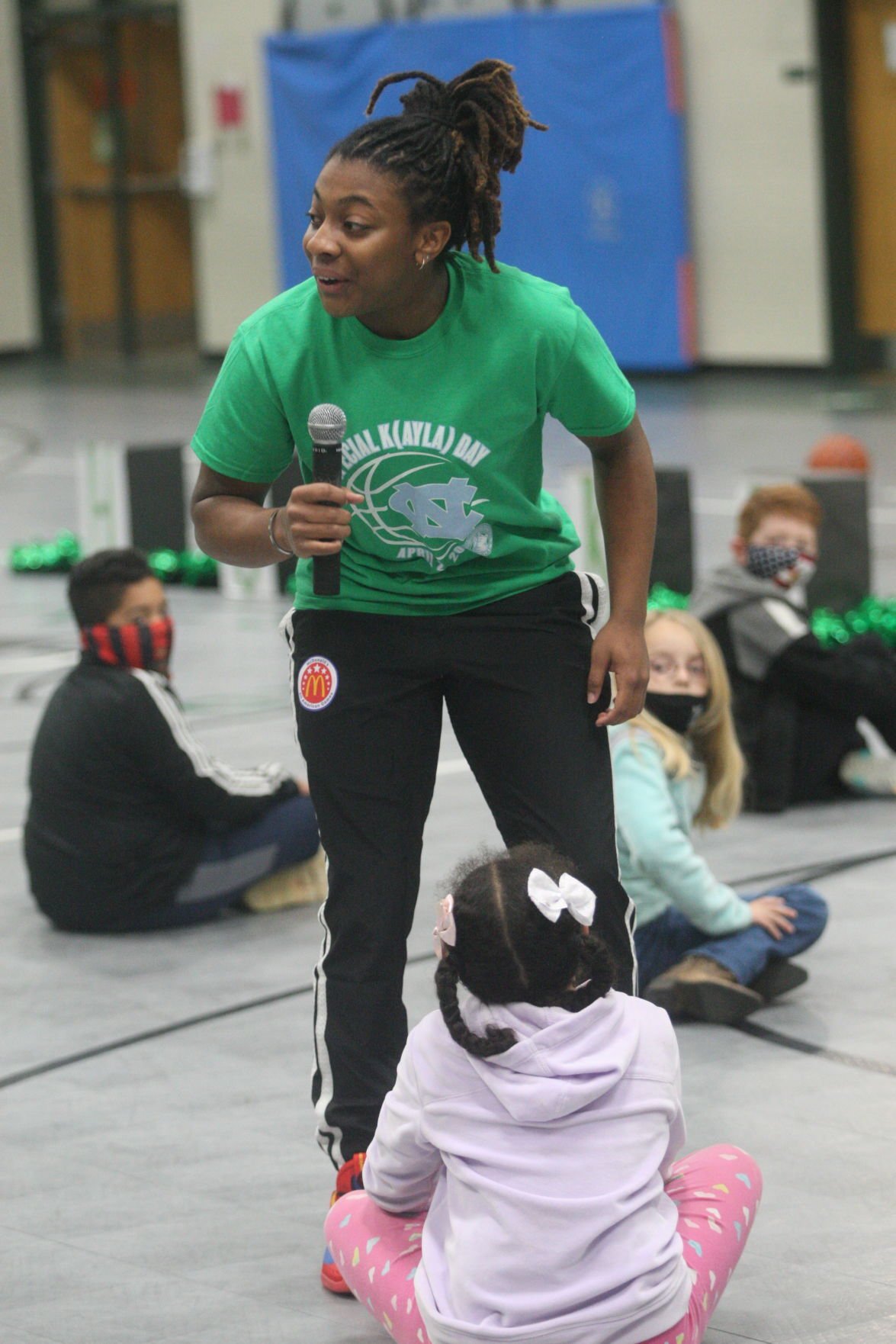 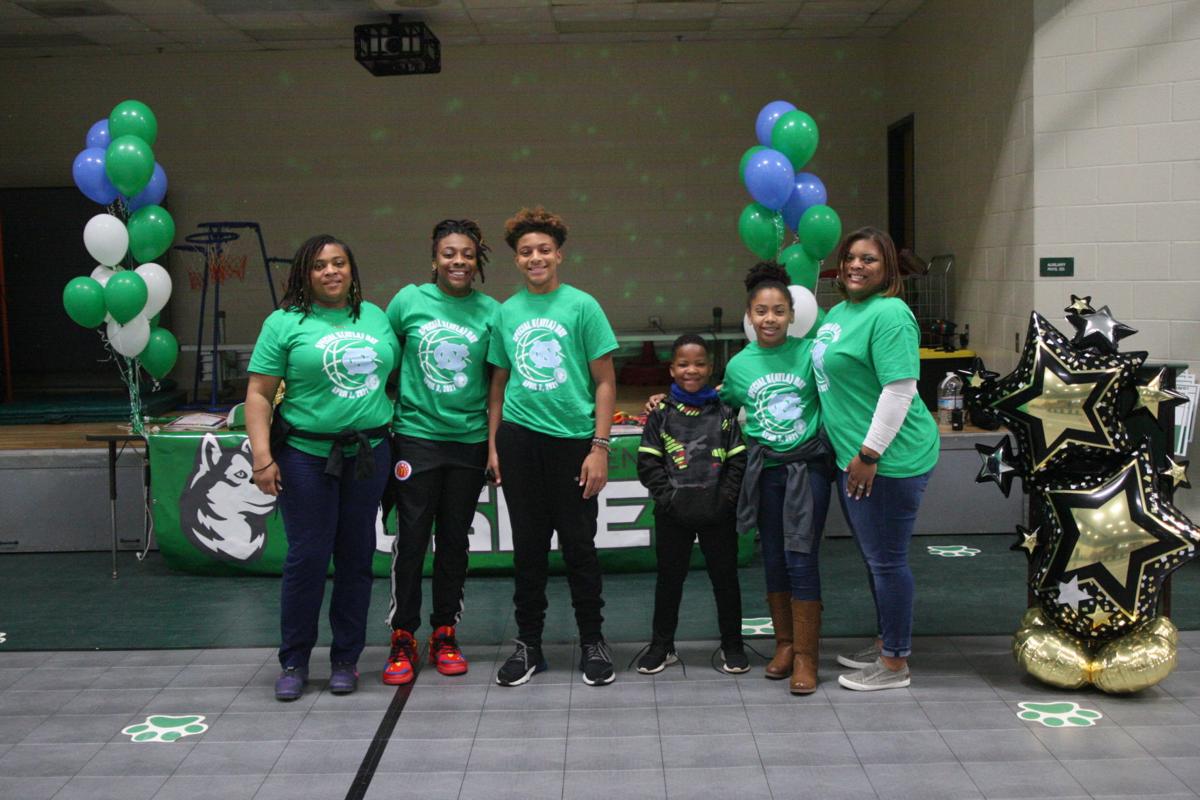 Madison County’s Kayla McPherson stood on a court and drew cheers and applause for her talent with a basketball Friday.

But this time there was no game going on — only talk. The McDonald’s All American and University of North Carolina signee spoke with Hull-Sanford Elementary School students Friday morning about hard work, goal setting and perseverance through adversity.

She also put the microphone down for a moment and showed off a rapid-fire dribbling drill she has perfected with two basketballs, impressing the crowd. It was a skill she learned from her parents who were both Division I basketball players.

“When I was little, they used to do some tricks, and I was like what magic are you pulling off?” said McPherson. “And I want to show you guys a trick they taught me a long time ago.”

She dribbled two balls in a blur of action, then picked the microphone back up.

A Hull student asked McPherson if she is better than her mom at the drill.

McPherson has a long list of accolades as a basketball player and is recognized as one of the top talents in the country. She told the students that any reward is essentially the “fruit of your labor” and likened success to actually tending to fruit and making sure it survives and flourishes, then you get to taste it. She told the students that hard work is essential to finding success, whether in school or sports. She also encouraged students not to get too down on themselves if they do poorly on a test, but to study harder.

“And you can do that for sports, too,” she said. “Say, you have a two-hour basketball practice, two-hour football practice, and you’re tired, your feet hurt. You’re ready to get your basketball shoes off, your cleats off, and you stay after practice to work a couple of more hours to get more shots up, get some more runs in. That’s what it means, getting more hard work in.”

McPherson said she and her sister, Jaye, even used the mundane task of putting up laundry as a means of competition and improvement, throwing dirty clothes into the hamper as if they were basketball shots.

“We’d be keeping score and getting better,” she said. “So I got to the point where I was in my room just grabbing clean clothes and shooting it into the hamper. It’s just wanting to get better at anything you put your mind to.”

McPherson said she focuses on setting a goal, then reaching that goal and setting a bigger one.

“Walking into high school, I was 14 and I was nervous, and I wanted to go in there and play,” she said. “So I set a goal for myself to go start on the varsity basketball team. Every day I was in the gym working, getting shots up, doing drills by myself. I was doing work.”

She then started for the basketball team, and in her sophomore year she set the school record for points scored in a game, 64.

McPherson signed with North Carolina this past fall and was poised for a big senior season when she suffered a devastating non-contact knee injury in a practice Nov. 10. She said her father’s “24-hour rule” helped her keep her mind right when dealing with the emotional devastation of the injury.

“It (the 24-hour rule) is when something good or something bad happens, you have 24 hours to celebrate or to be sad and after that it’s back to work,” she said.

It’s been half a year since McPherson has played competitive basketball, but the senior said she is looking forward, not backward.

“The only thing that keeps me going is knowing I’m getting better,” she said. “It’s just keeping my head up through it all, even though this terrible injury happened to me, I’m not going to get down on myself. I just know that I have to keep pushing and in two or three months, I’m going to North Carolina.”

The MCHS senior told the students to focus on their education, saying that this will carry them through life. She said she is excited to get a college education for free from UNC.

“North Carolina is one of the top academic schools in the country,” she said. “And I’m going to go there and play basketball, but I’m also getting a free education. I also get to play basketball.”

McPherson encouraged the Hull-Sanford students to keep working hard no matter what happens.

“You just have to keep pushing when bad things happen,” she said.