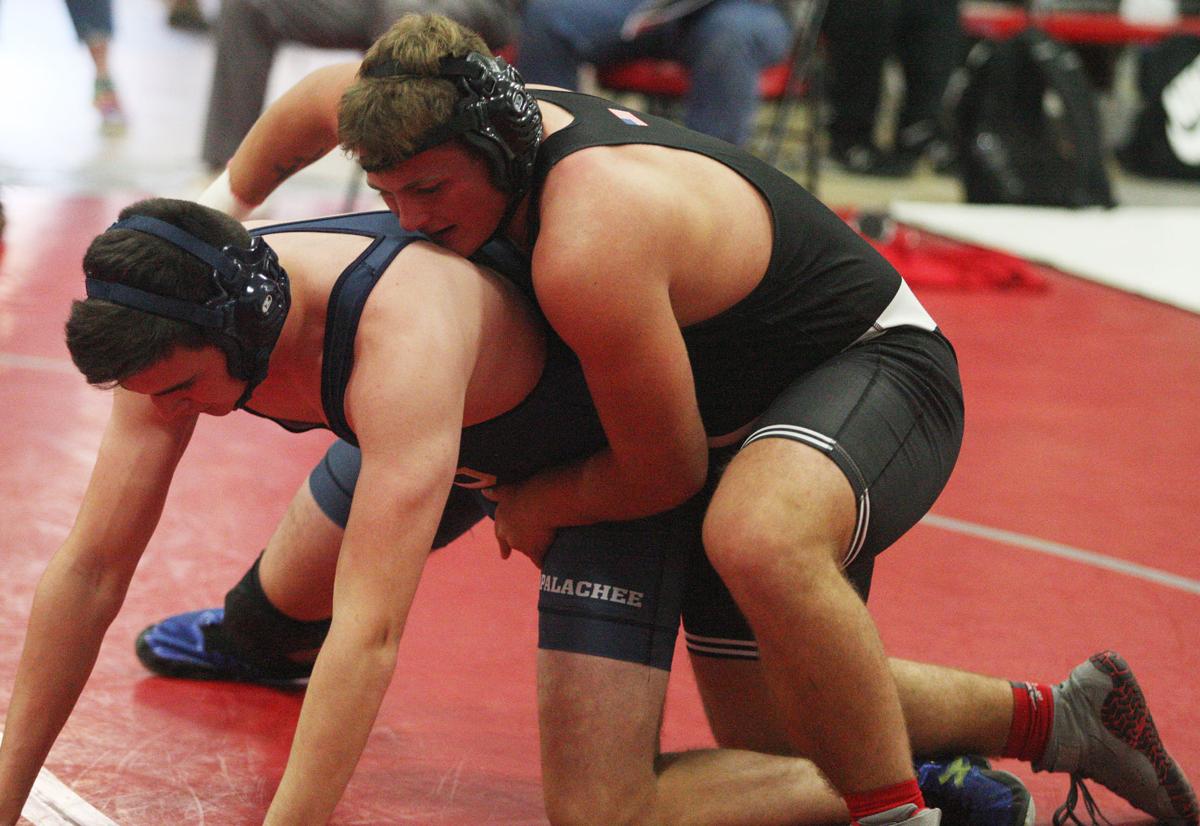 Tyler Wright (right) battles an Apalachee wrestler during the Turkey Duals at the Dome Nov. 23. 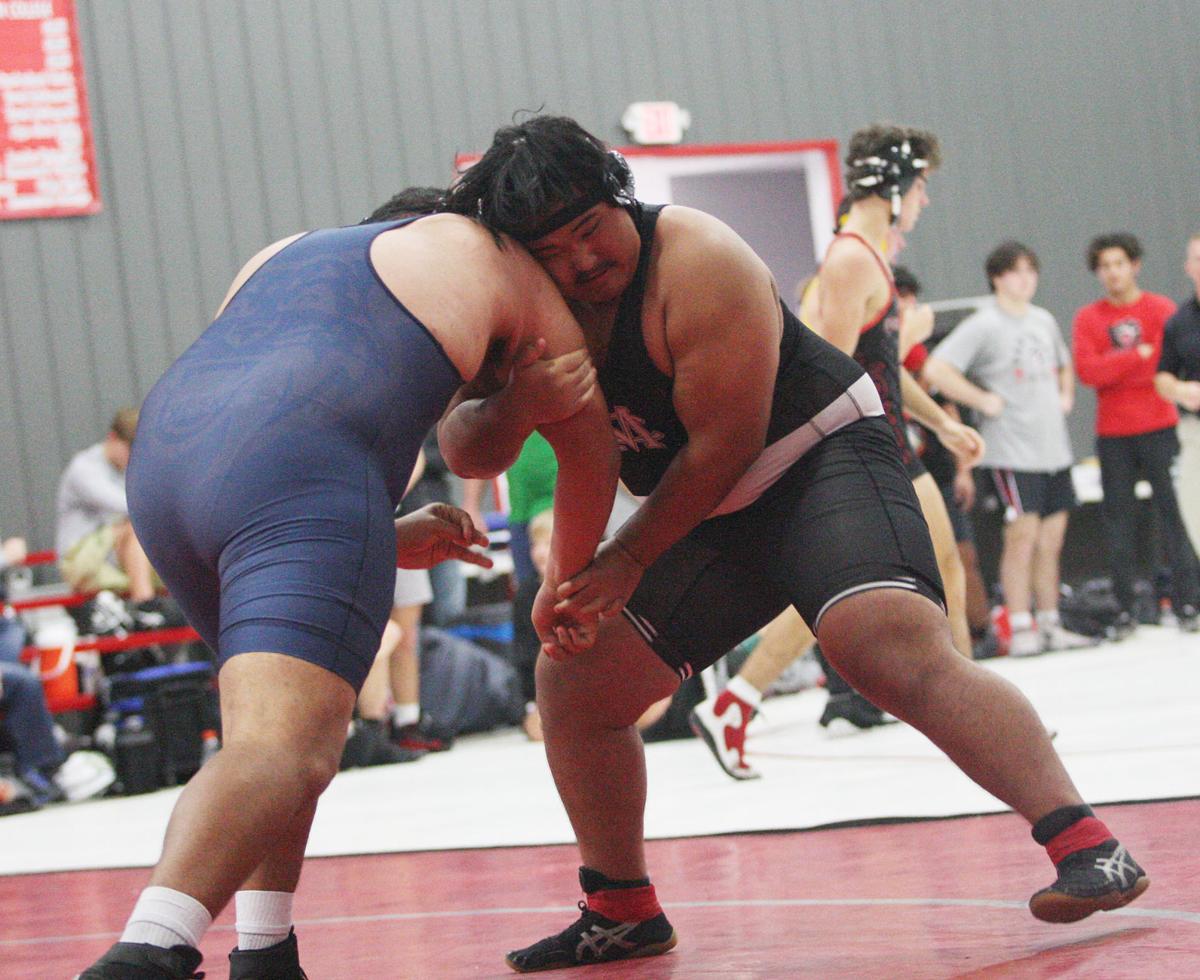 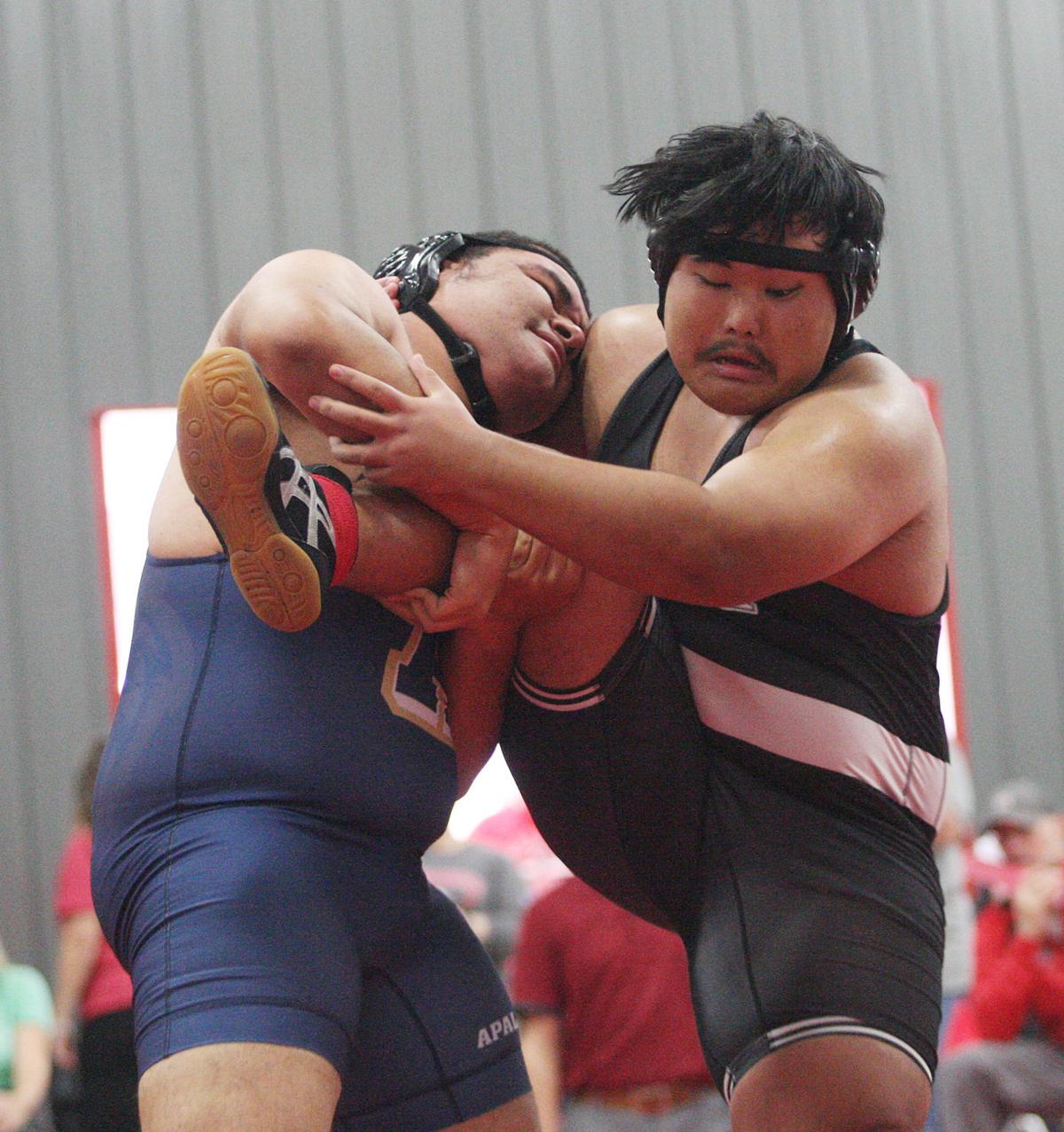 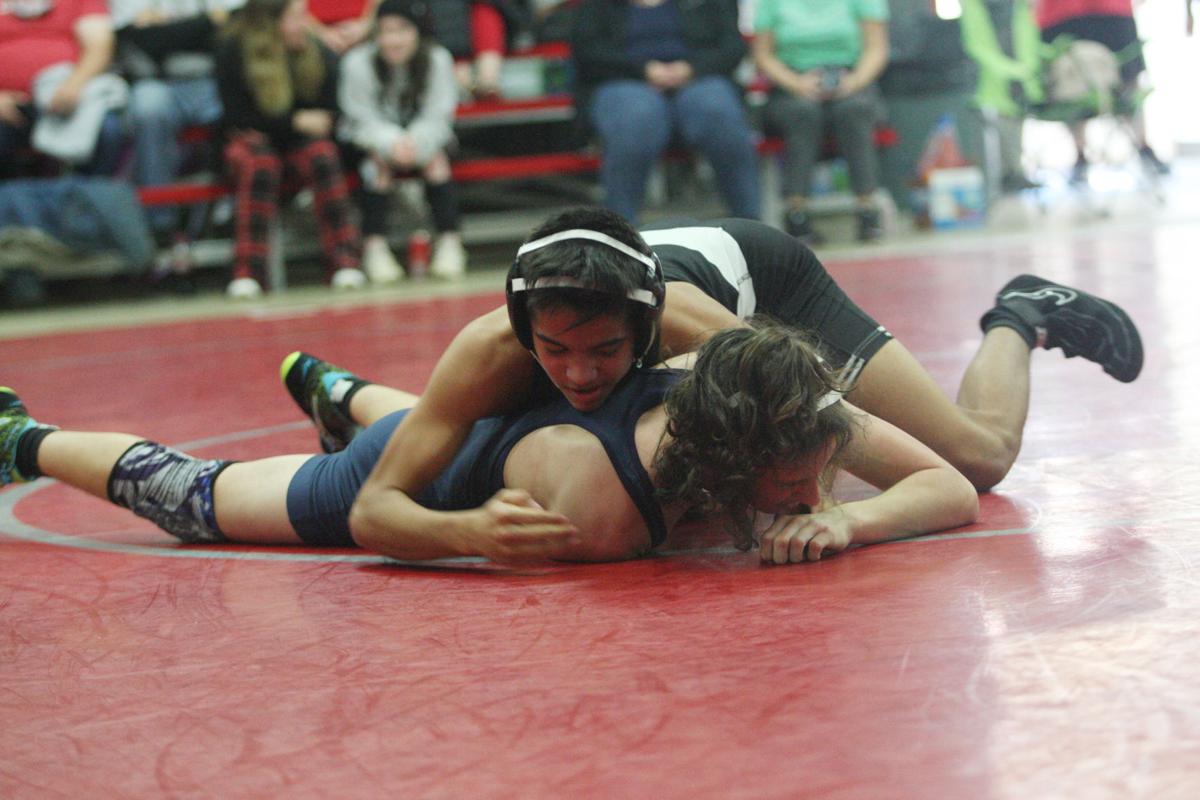 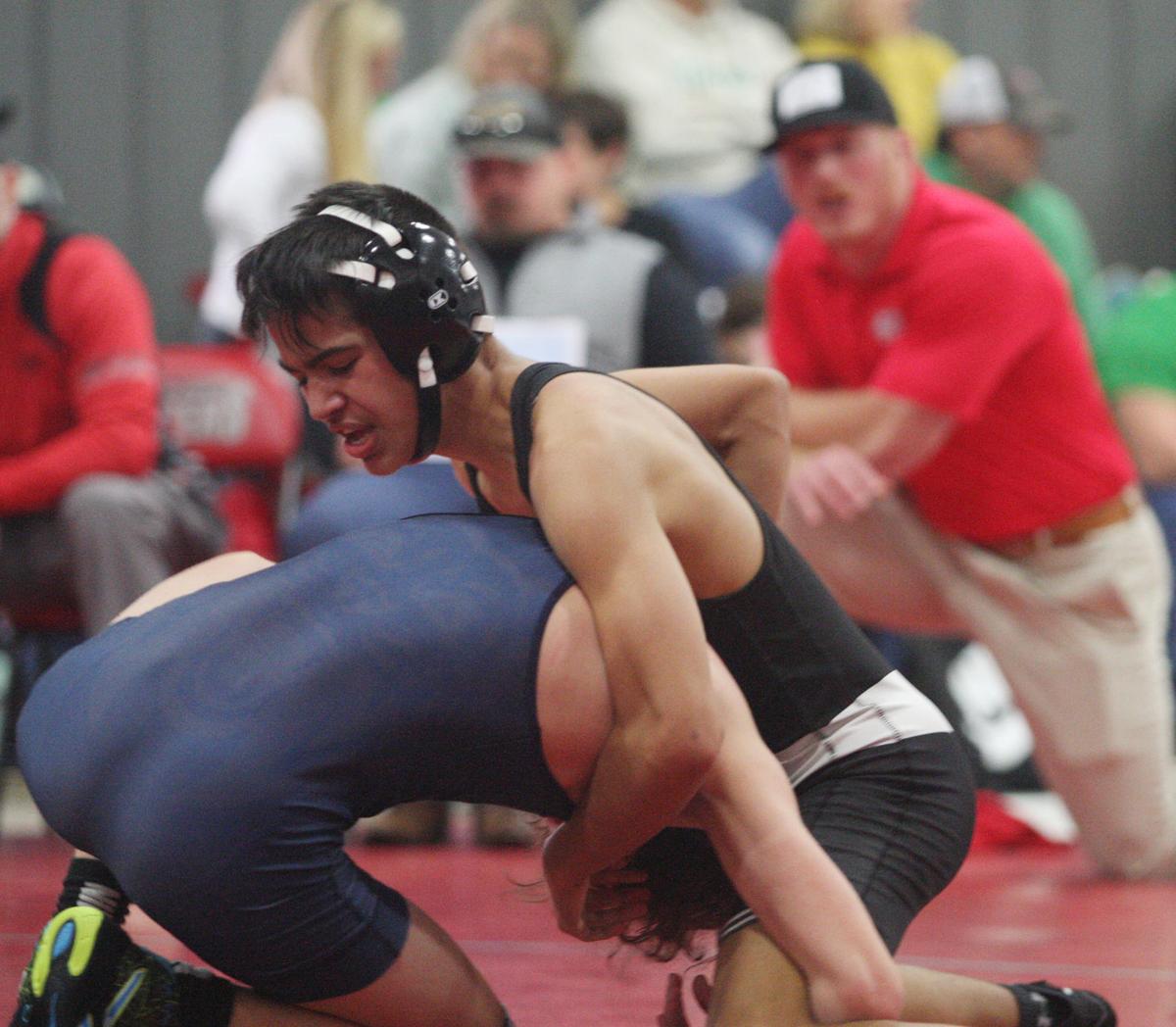 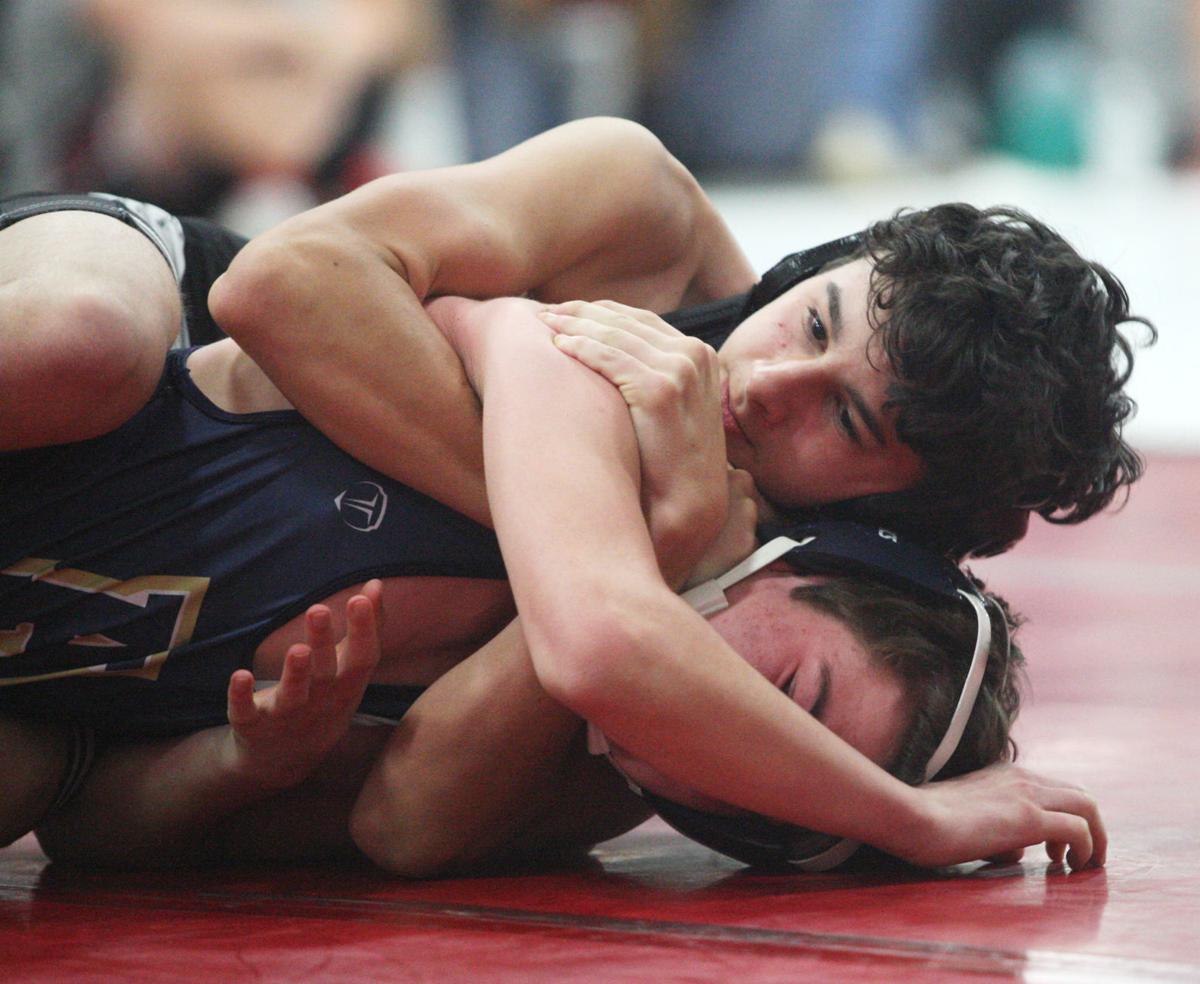 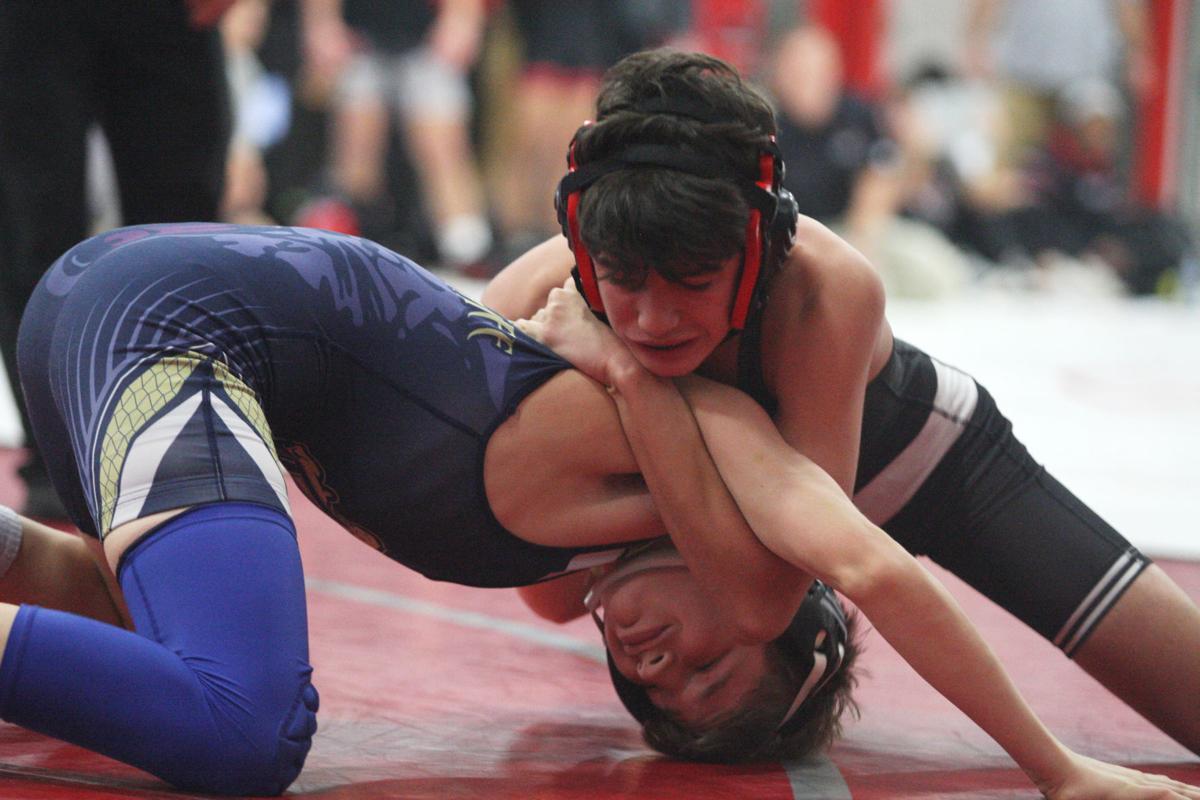 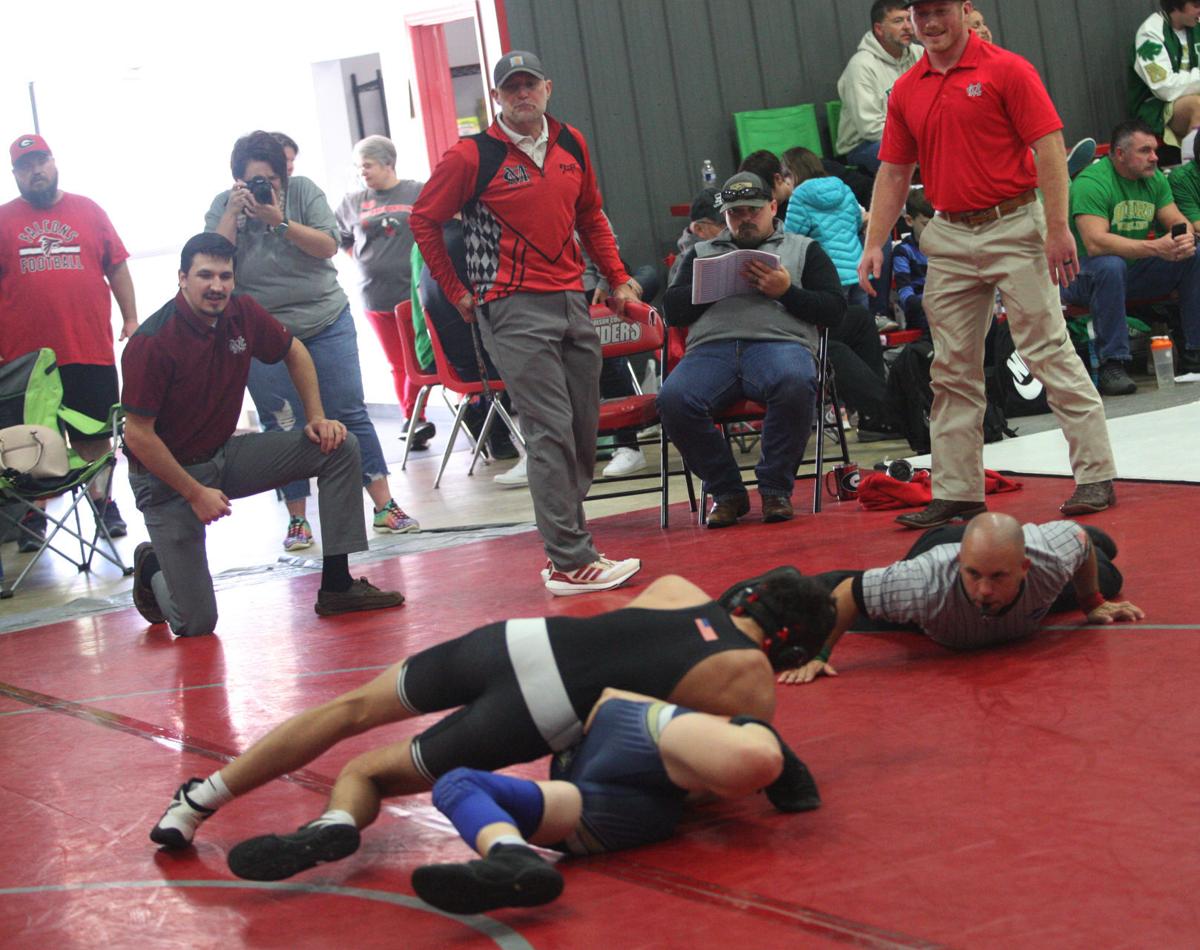 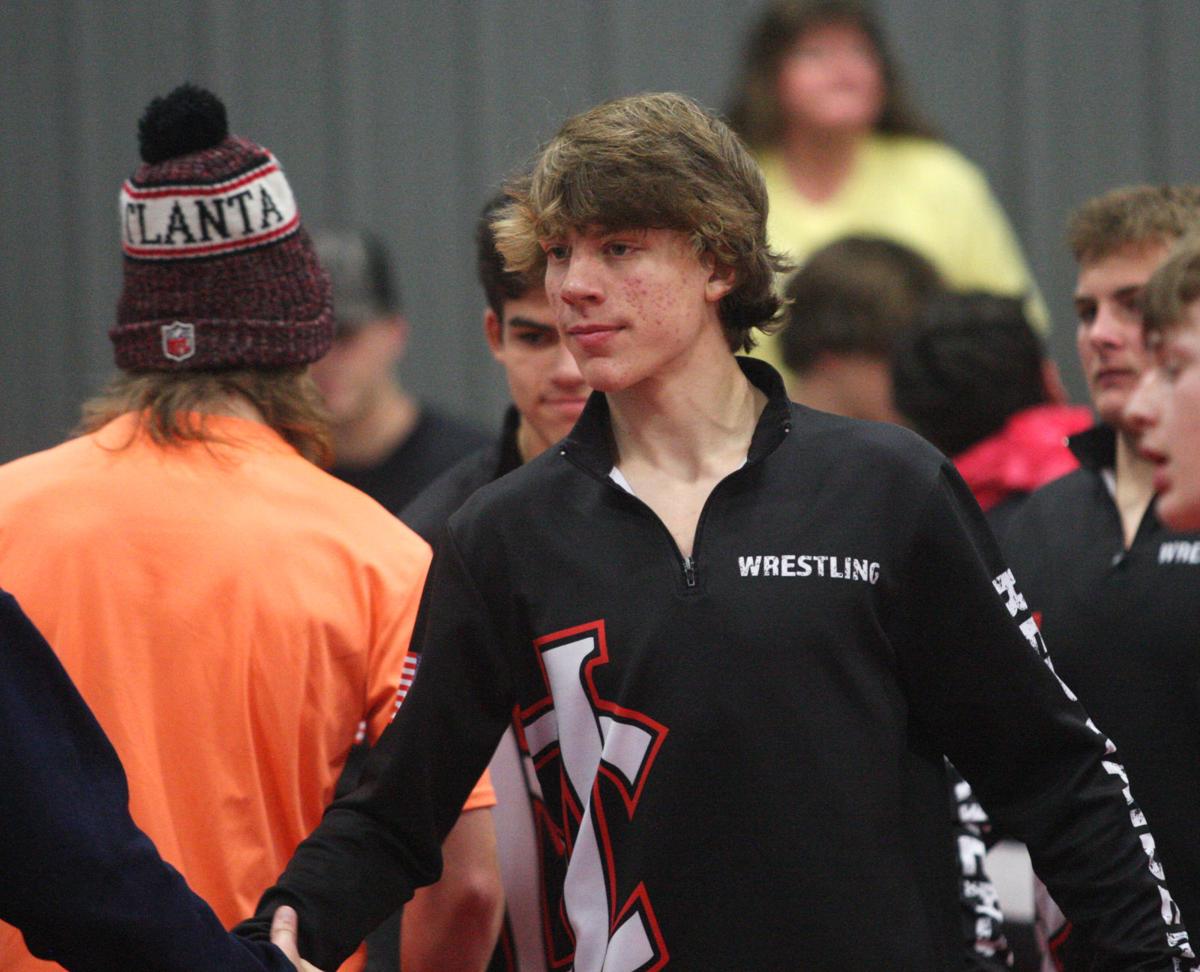 Tyler Wright (right) battles an Apalachee wrestler during the Turkey Duals at the Dome Nov. 23.

Building — that’s the name of the game for Red Raider wrestling.

With just five of 14 weight classes filled with returning starters, the Madison County wrestling team is full of newcomers looking for varsity experience.

They’re getting it quick.

Madison County opened its season Nov. 20 at the Buford Invitational against some of the toughest wrestlers in the state.

“I figured it was about where we would be at,” said Red Raider head coach Richie Houston. “We’re very young and inexperienced. We took a lot of guys and put them at the JV level. Several placed.”

Jace Jachimski placed fourth at the event in the varsity level, while Toby House took fifth in the 182-lb. class.

“It was good beating Hampton,” said Houston. “We beat them last year narrowly. That was a good win with our young guys.”

Houston said “Buford is Buford,” noting that the Wolves are the two-time defending 6A champions. He said Jackson County is always tough.

Jachimski, a junior, was the only Red Raider to go 4-0 on the day. Houston said Jachimski’s tough work against older teammates the past two years is paying off.

“He’s benefited from the last two years, his freshman and sophomore seasons, from having two stud workout partners,” said the coach. “Last year, he was with Josh Kincaid, not an easy workout partner.”

Houston said wrestling daily against the three-time state champ showed Jachimiski a lot about the pace and intensity needed to be successful.

“It wasn’t easy for him last year,” he said. “Josh is a nice kid, but when he’s on the mat, he’s an animal. The year before that he was around with Rowan (Smith) and that crew. So he got thrown to the wolves his freshman year. He’s really benefited from having tough workouts with older kids.”

Madison County will travel to Cherokee Bluff Saturday for a dual tournament, while the JV wrestlers will go Walnut Grove Friday. Madison County Middle School will have a big wrestling weekend, with two middle powerhouses, West Forsyth and Eagles Landing, visiting the Dome Friday before the Mustang Classic at the Dome Saturday.