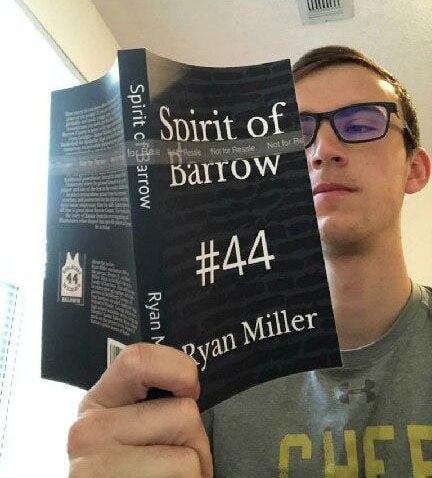 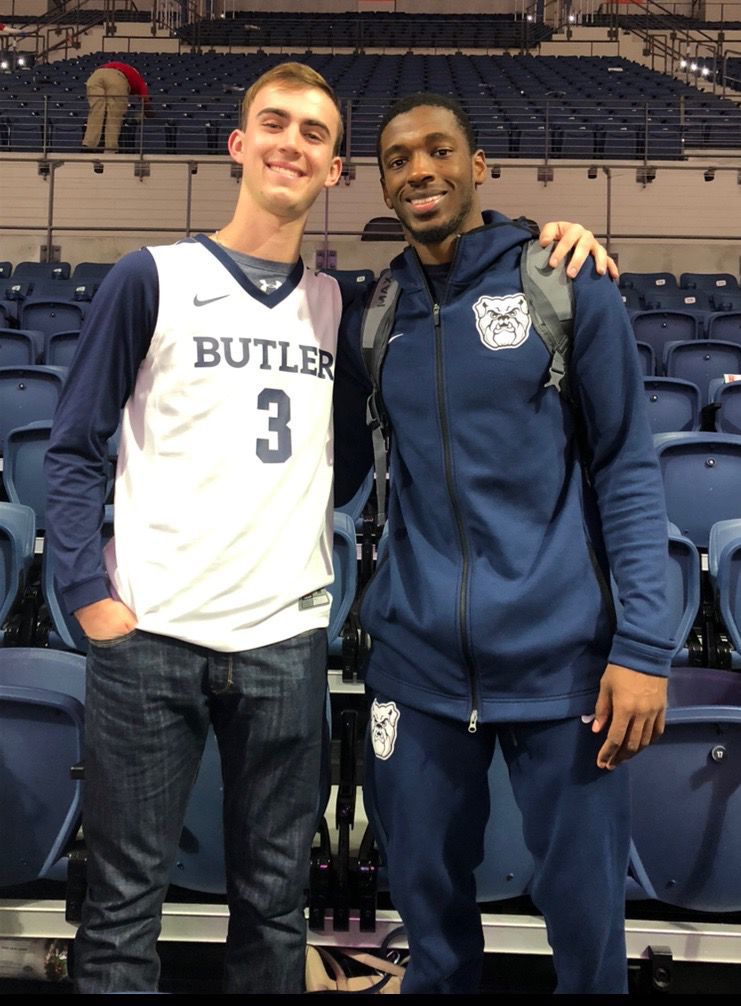 Miller is pictured with Baldwin after one of Baldwin's games at Butler University.

Miller is pictured with Baldwin after one of Baldwin's games at Butler University.

Knowing Kamar Baldwin to be a humble star, Ryan Miller had to figure out a way to get the Apalachee basketball great to go along with having a book written about him.

So, Miller basically wrote most of it before telling him.

“I’ve grown up with Kamar,” explained the 20-year-old Miller, who graduated from Apalachee in 2017 and was the school's valedictorian that year. “We’re actually pretty close friends, and I know how he is. So, I had written the main body of it, just kind of so he couldn’t say no.”

Baldwin wrapped up his final collegiate season in 2019-20 with 1,956 career points. He's now prepping for a career in professional basketball.

Baldwin wasn't sure Miller was serious, initially, when he told him about the book.

“I didn’t really believe him at first,” he said. “I just thought it was kind of an idea he was putting together. But then he gave me an actual copy of the book. I was kind of awestruck by it because I wouldn’t have thought I would have a book written about me.”

Baldwin was just as awestruck by the time Miller put into it.

“Just him taking his time out and just finding the facts and just putting it all together for people to read and be inspired, I really felt blessed just to have him as a friend and for him to do that,” he said.

Miller said Baldwin, who amassed 2,593 points and 1,002 rebounds in his celebrated Apalachee career, had a story people needed to hear.

“I kind of wanted to tell a story that people could relate to and kind of rally around in celebration of Kamar, but also to kind of inspire a generation coming up to kind of bring change, especially with so many things changing around Barrow County and how fast we’re growing,” Miller said.

In fact, Miller used Barrow County as a backdrop to tell Baldwin’s story.

The author read a history of the county published in the late 1970s as part of his research for the book. He said some of those elements, incorporated with his own observations, provided a background “for what I see as the current Barrow County character, kind of what Kamar grew up in.”

Miller remembers Baldwin carrying a “silent prominence” around the halls of Apalachee High School from 2012-2016. He was one of the top high school players in the nation as a Wildcat, but Baldwin was unassuming and kept a low profile despite being in the midst of all his success.

“He’s always been ‘Yes, sir, no sir.’ Just a great kid while also being a superstar,” Miller said. “You don’t really realize how good he is if you just talk to him.”

“The way people have always rallied around him really just kind of added some gravity to it,” Miller added, “and he is a story of hard work and success and what can come from that.”

With that serving as inspiration, Miller began the writing process of Baldwin’ story during the basketball star’s junior year at Butler. The book took about 18 months to complete, though the main body of the text was done in about three months.

Miller said Baldwin’s reaction to a book being written about him was similar to the way the 6-foot-1 guard accepted all other accolades.

“He, of course, did his usual when he’s always accepting awards,” Miller said. “He said he was undeserving, that he greatly appreciates it … He always speaks to how he’s undeserving of accomplishments, but he was grateful.”

Miller, who was a three-sport athlete (baseball, basketball, football) for four years at Apalachee, said he took up writing to provide an outlet to fill the time since he stopped playing sports.

“I was always used to doing something after school,” Miller said.

“I actually enjoyed writing something that was more tangible and you didn’t have to kind of connect the dots for yourself,” Miller said.

For The Spirit of Barrow, he spoke to Baldwin’s high school coaches (only telling them he was working on a project), poured over Baldwin’s old game footage and scoured the internet for all articles he could find over Baldwin.

Miller completed The Spirit of Barrow while busy with his own collegiate pursuits.

He’s in his third year at the University of Georgia, where he plans to complete his undergraduate degree in December. He’s double majoring in history and chemistry and will pursue a master’s degree in public administration. Miller wants to enter the public sector and work in government.

Still, he continues to write regularly. Miller said he’s in the initial stages his next book, “something that follows a kid growing up in the area,” he explained.

“But I’m not sure what it will sprout to yet,” he added.

Miller said he loves to tell stories, and one of the most rewarding aspects of writing The Spirit of Barrow was another opportunity to tell another story. He said he “couldn’t think of a better story to tell than Kamar’s.”

“It was so rewarding to see how well he played out kind of the story of Barrow County and serves as an excellent role model,” Miller said. “I just hope to see more kids grow up to be like him. Maybe they’ll read the book and decide to.”

The Spirit of Barrow is available through Amazon on Kindle and in paperback.