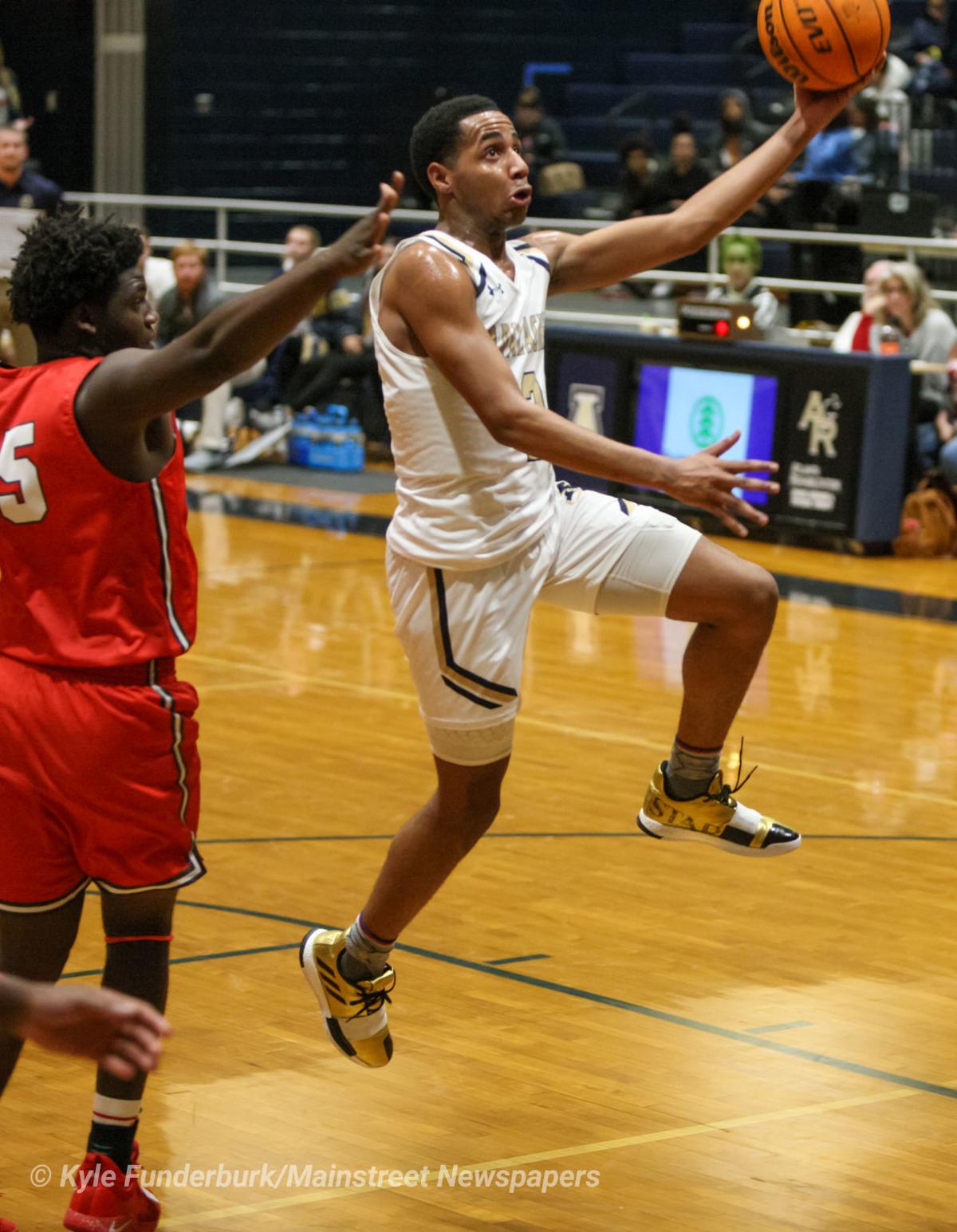 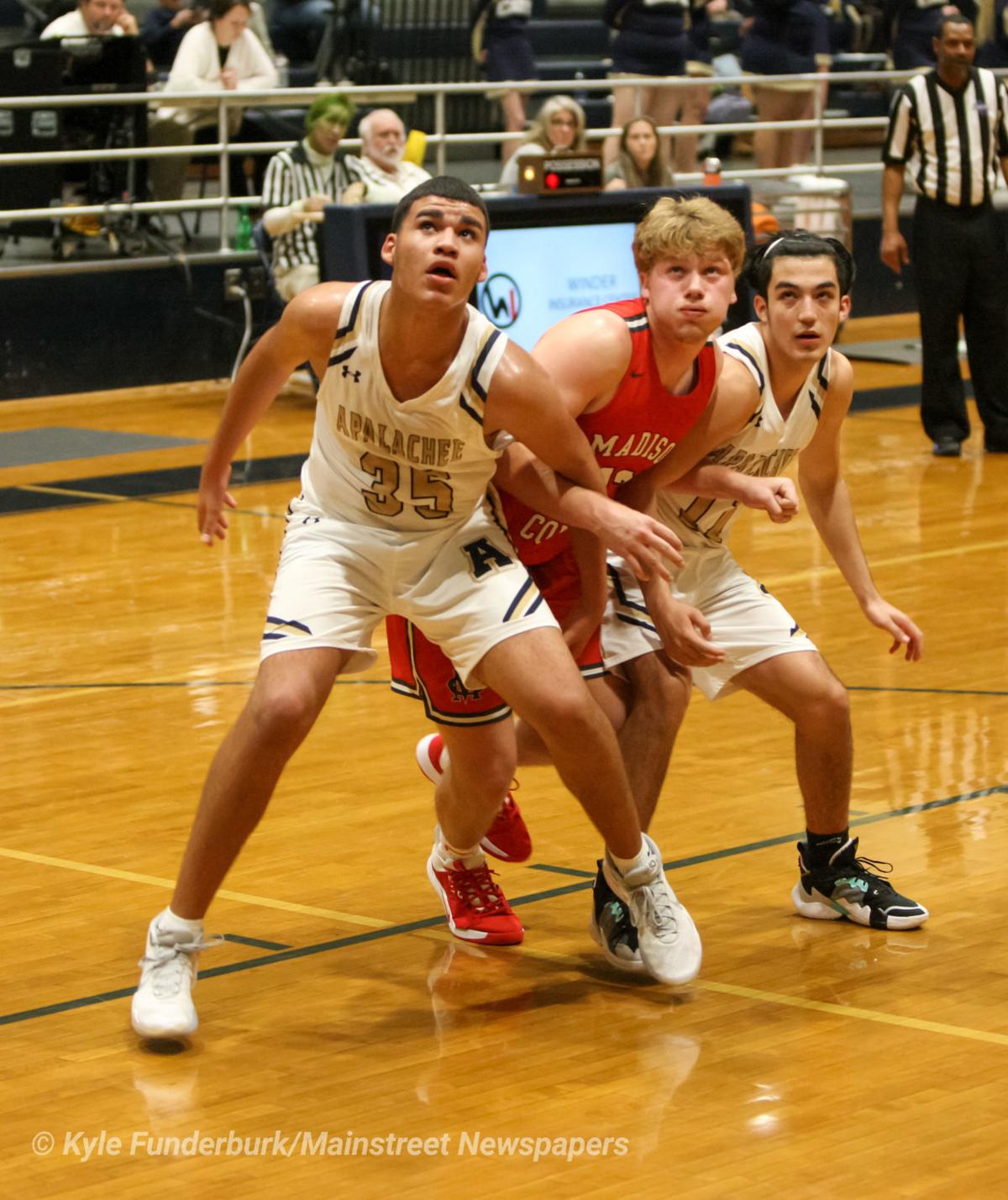 Josue Caples Torres boxes out and watches a a free throw at the rim Tuesday in Apalachee's win over Madison County. 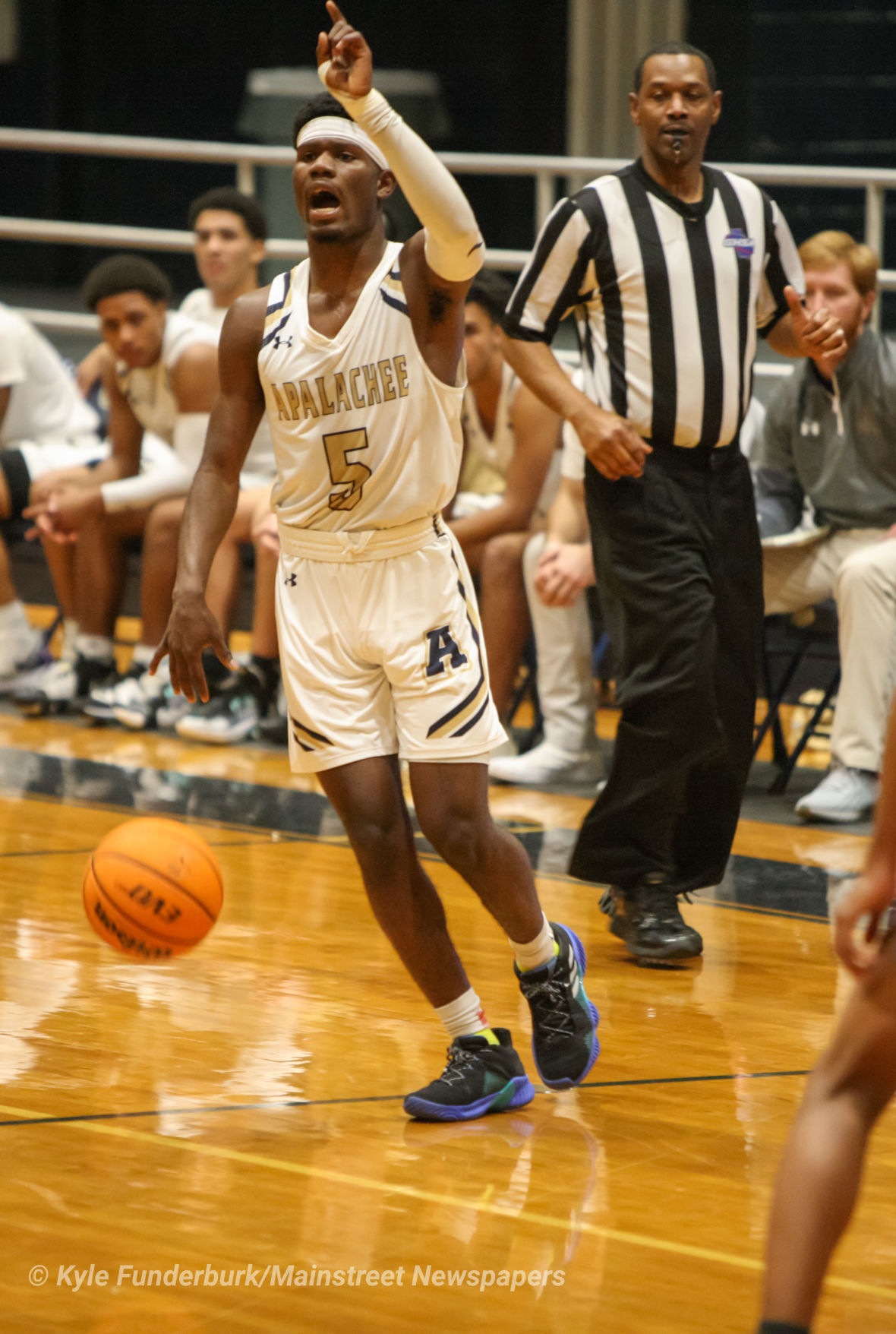 Jamonte Wallace dribbles down court and yells instructions to his teammates.

Josue Caples Torres boxes out and watches a a free throw at the rim Tuesday in Apalachee's win over Madison County.

Jamonte Wallace dribbles down court and yells instructions to his teammates.

The Madison County boys’ basketball team had a knack for playing close games with more athletic teams. But Apalachee had more advantages than just athleticism.

Three Wildcats scored at least 16 points and two of them scored in the 20s, leading Apalachee to a 78-59 home win Tuesday, Dec. 10. Madison County’s Adam Metts countered with 26 points of his own and Nolan Hill added 10 points, but the rest of the team combined for 23 points.

"That's what I was proud of my guys about tonight is that we together controlled that tempo, which was pressing to make them play faster than they wanted to. But even when they were in the half-court, playing a 2-3 (zone) or making us play in the half-court, I thought we contained ourselves very well."

Metts matched Flahn nearly shot-for-shot in the opening minutes, scoring 11 of his 23 points in the first quarter. He started the game with a pair of 3-pointers and added a three-point play and a short jumper before the buzzer, which cut Apalachee’s lead to 18-15.

Flahn and Metts both cooled off in the second quarter. Fortunately for Apalachee, Hayes and Wallace picked up the slack, combining for 18 points. Unfortunately for Madison County, no one matched their effort on its side. The Wildcats opened the quarter with a 15-5 run and finished with an 11-2 run to take a 44-24 lead into halftime.

"It takes a minute for us sometimes to adjust to something new," Rowland said. "We're a man team, so we're not used to going against 2-3 zones. At the beginning of the game, I think it was us getting a feel for it.

"Once we settled in, we finally made some shots. We got some extra possessions with offensive rebounding. All three of our bigs did a really good job of getting us an extra possession. Then those kick-out 3s started to fall and we really got to play in transition. That starts with the defensive side, forcing a lot of turnovers and pulling rebounds.

Madison County prevented Apalachee from adding to its lead in the second half and even outscored them 35-34. However, that’s a minor footnote in a lopsided loss.

"We really needed a win," Rowland said. "We had lost a few in a row. That was a big win for us, just for morale reasons to hopefully get us going in the right direction.

"We stayed unselfish, we did it as a team. It's the first game all year that 13 guys have gotten to play. Overall, I think it was a really good team win for us."

The Wildcats will take on Duluth at 1 p.m. Saturday, Dec. 14, in the GDP Challenge at Lanier High School and will return home Tuesday, Dec. 17, for a 7:30 p.m. tilt with North Oconee.