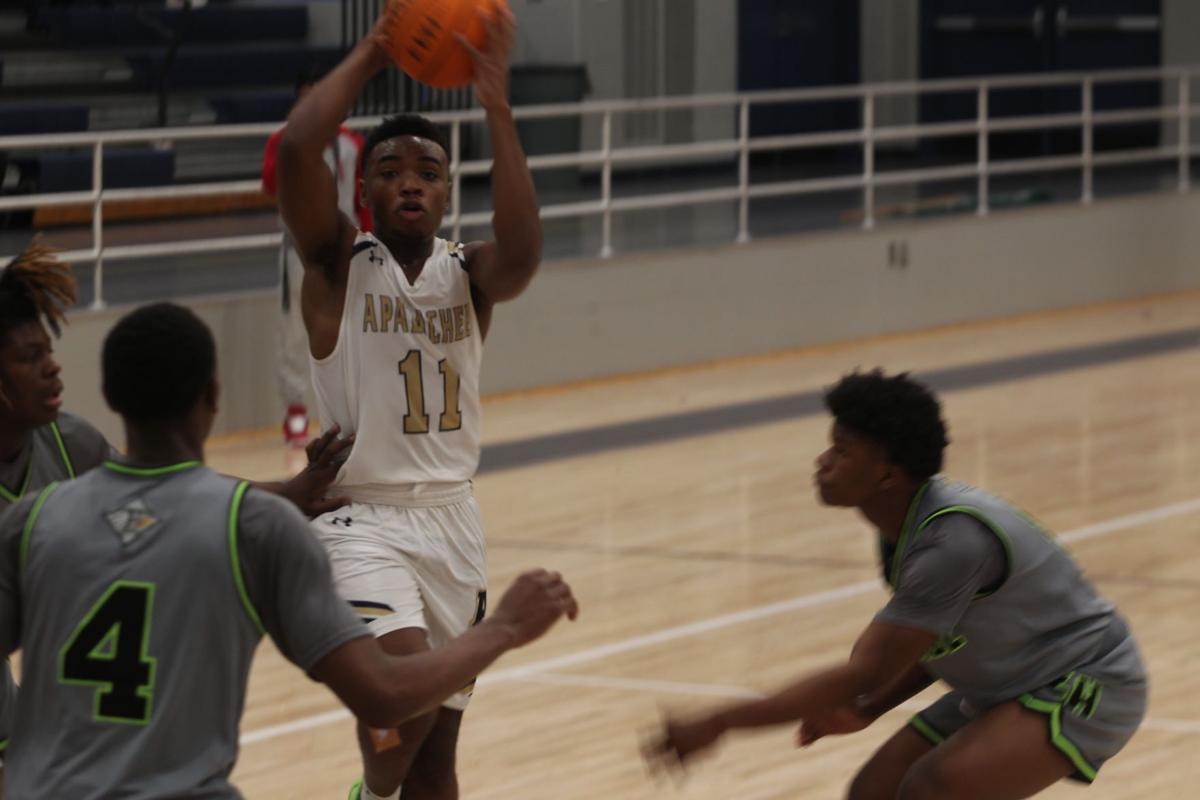 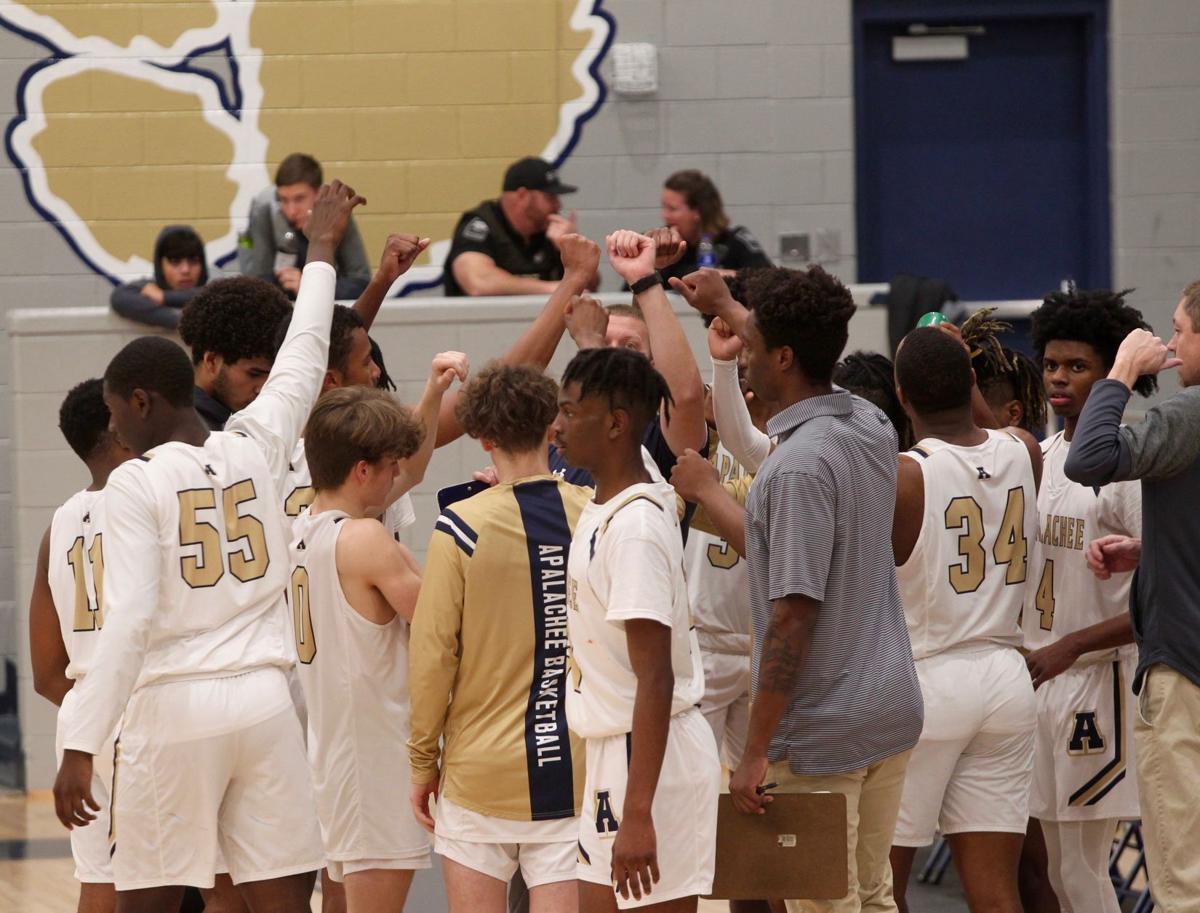 The Apalachee boys basketball team breaks the huddle on the sideline. 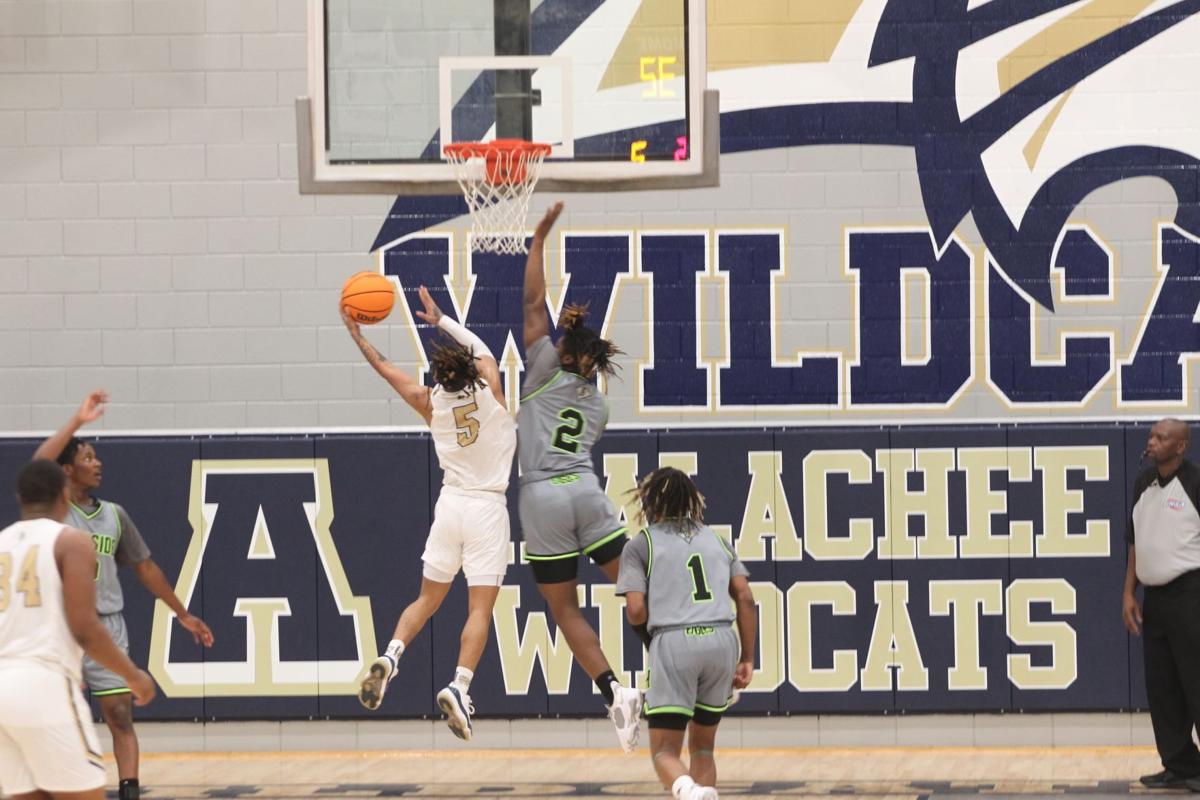 The Apalachee boys basketball team breaks the huddle on the sideline.

The Apalachee boys basketball team had a big halftime lead over region rival Eastside on Friday (Dec. 10), but it wasn’t able to hold on as the Eagles rallied to defeat the Wildcats in the region opener.

The Wildcats had a 27-16 halftime lead evaporate in the third quarter. Eastside led 56-50 when the final buzzer went off. Tushyne Johnson led the Wildcats with 13 points and six rebounds.

“We had control of the game the whole first half, we defended really well,” said head coach Tyler Rowland. “We limited them to one shot, not giving them those extra chance opportunities. We took care of the ball really well and had some good long possessions where we shared the ball.

“We didn’t give up one crazy run to give it all away. I think a little bit at a time they started wearing us down with their pressure defensively. They made some tough shots, ones that in the first half they were missing.”

Apalachee (4-3, 0-1 Region 8-AAAAA) had a chance to put the game away during a back-and-forth fourth quarter after draining a three-pointer to take a four-point lead. Eastside burned a timeout and responded with a three-pointer of its own to cut the lead to just one point.

The Wildcats were unable to respond because of a backcourt violation, one of several turnovers which plagued them late in the game. Eastside (5-3, 1-0 Region 8-AAAAA) capitalized and pulled away to win 56-50.

“We had opportunities to close out the game,” Rowland said. “That’s how it is in our region. Every night in our region, every game is going to be a single-digit game. It’s going to come down to just a handful of possessions. They made the plays down the stretch to end up winning and we didn’t. We had our opportunities and fell short.

“It was little frustrating because I felt we played the best game we’ve played all year. We played really well, so not to come out on the other end was unfortunate.”

“It’s going to be a tough one to bounce back, but we’re ready for the challenge,” he said.