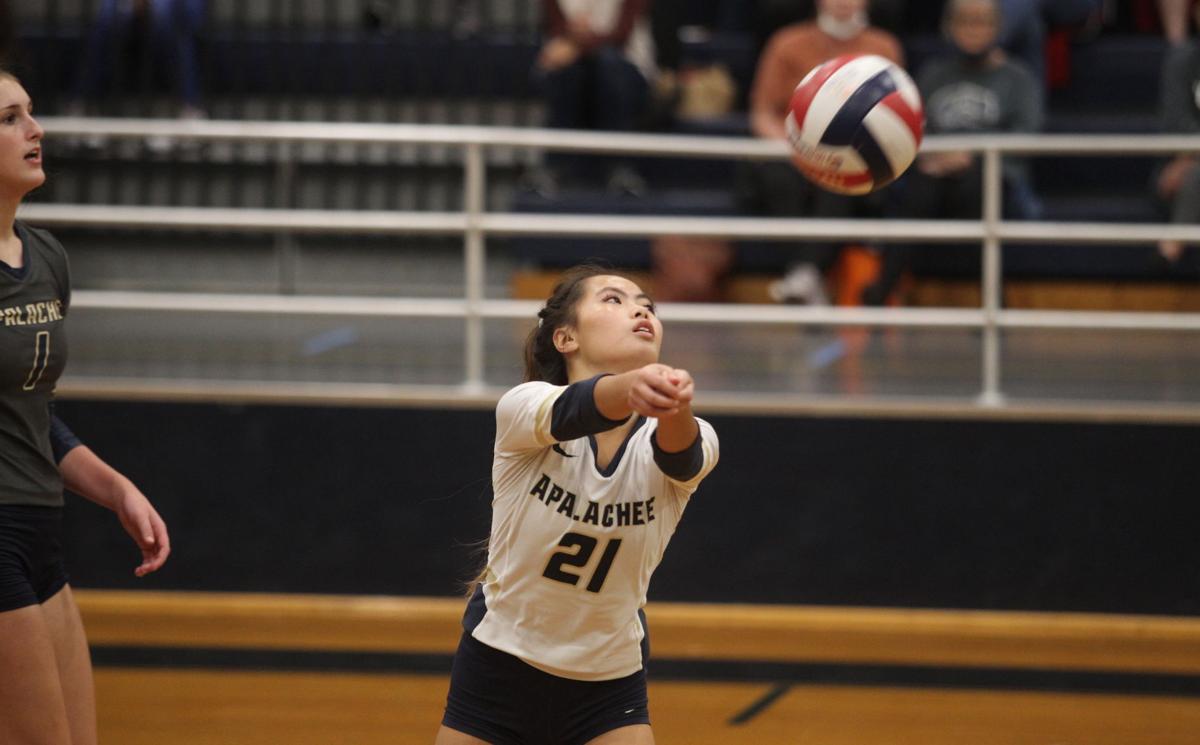 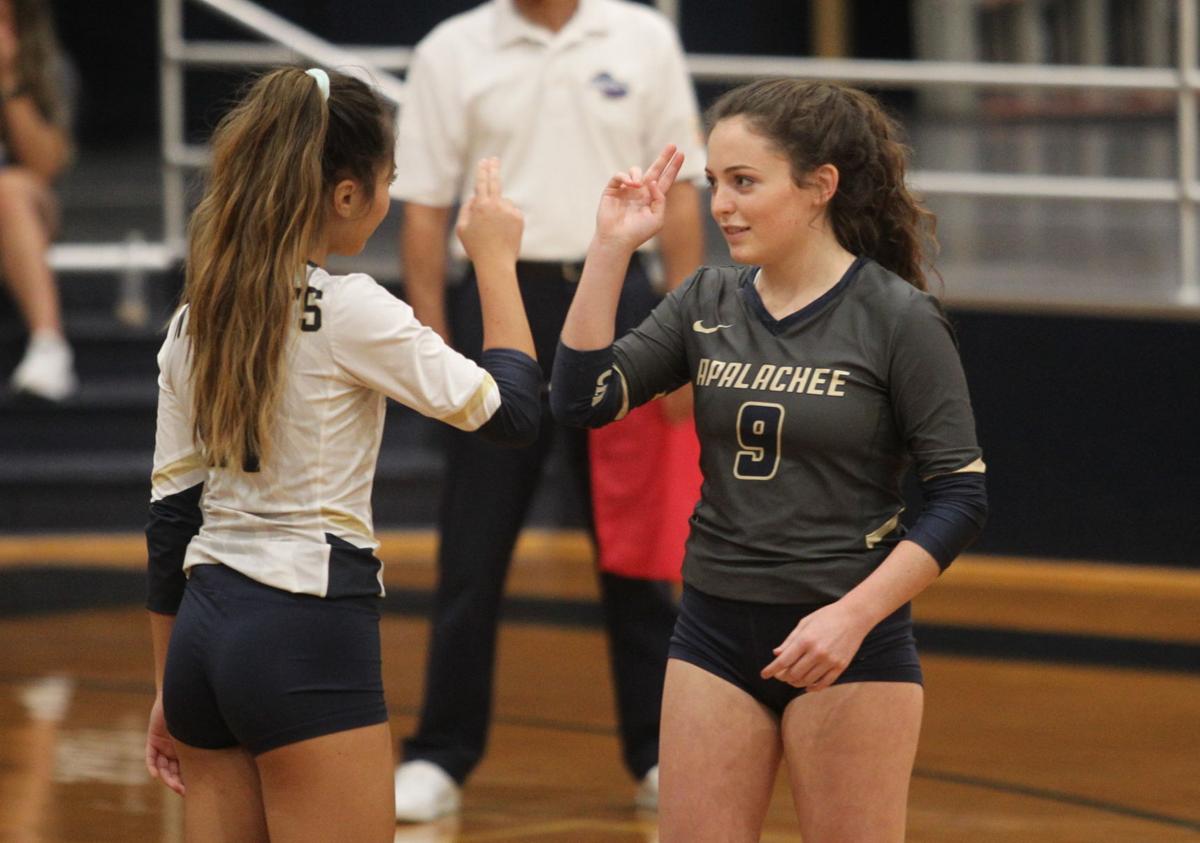 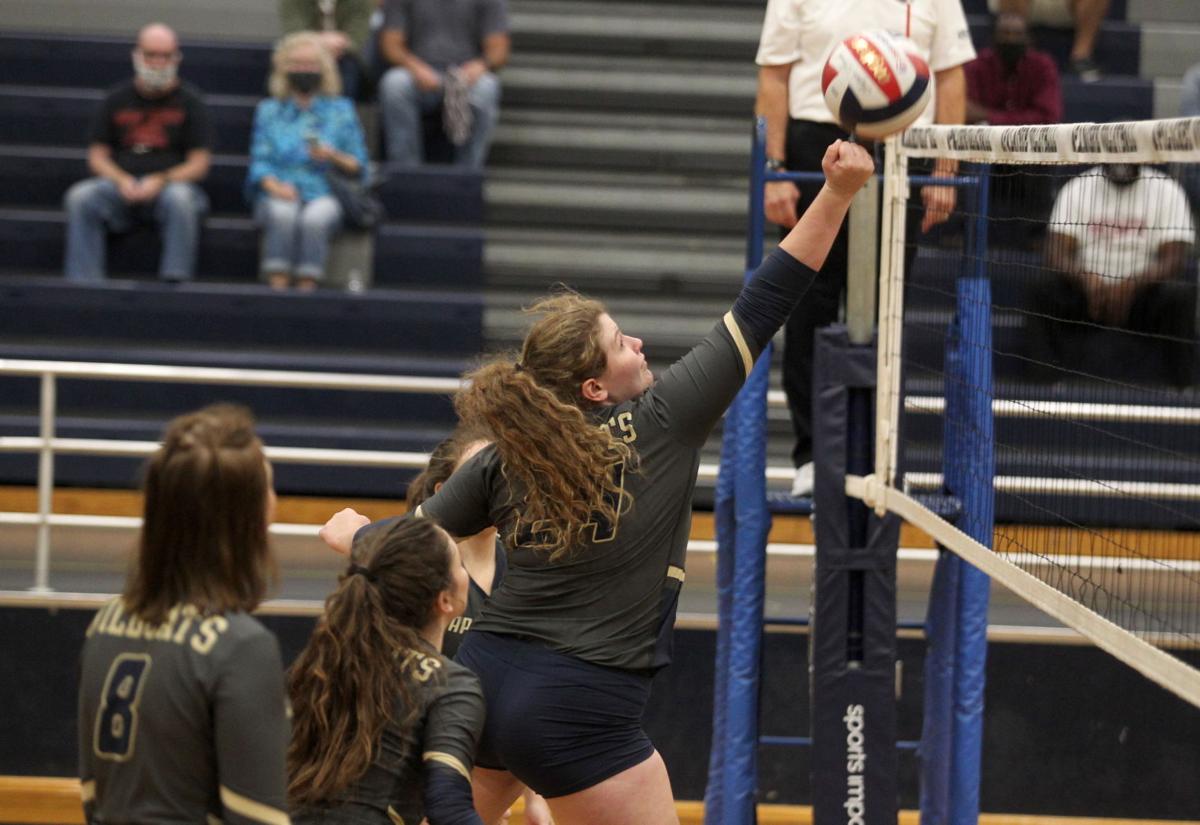 Apalachee senior Jenna Crow punches the ball over the net in the Wildcats' Elite Eight loss to Whitewater Tuesday (Oct. 27). 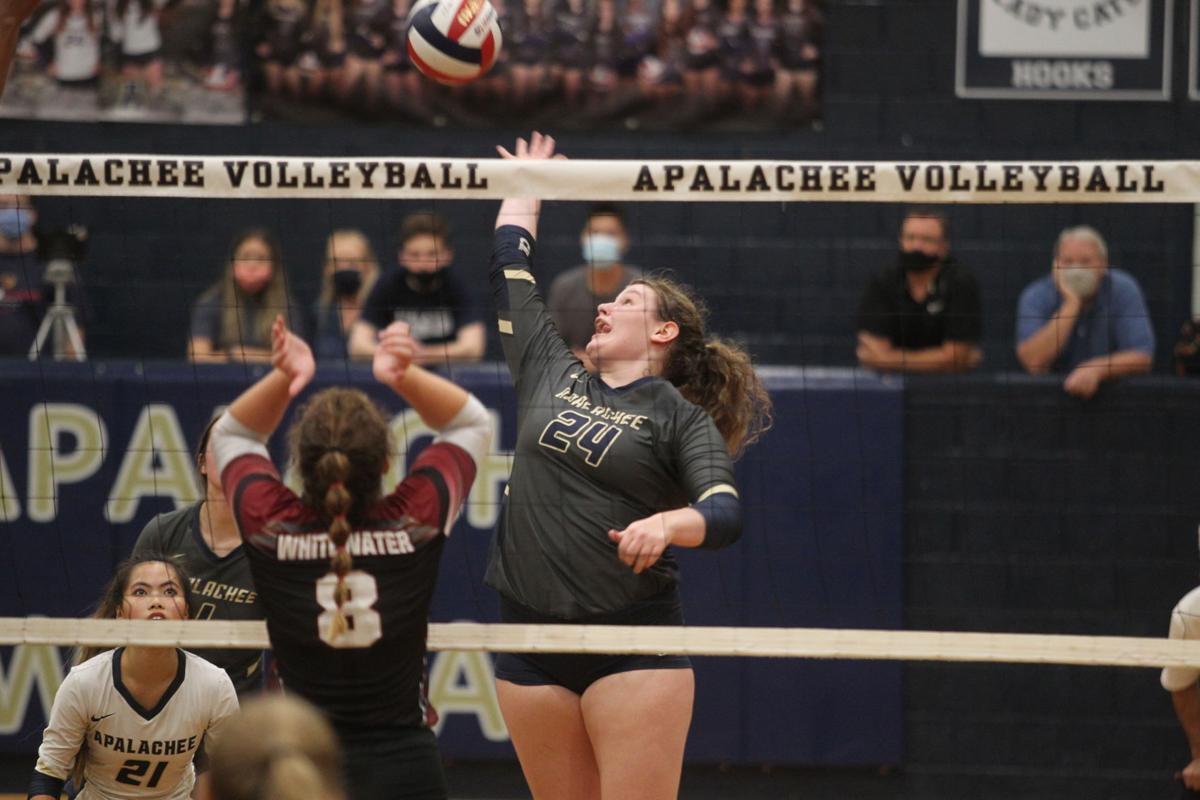 Apalachee senior Jenna Crow goes up for a ball Tuesday (Oct. 17) during Class AAAAA state quarterfinals action against Whitewater. Apalachee dropped the match 3-0 to end the season at 28-17. 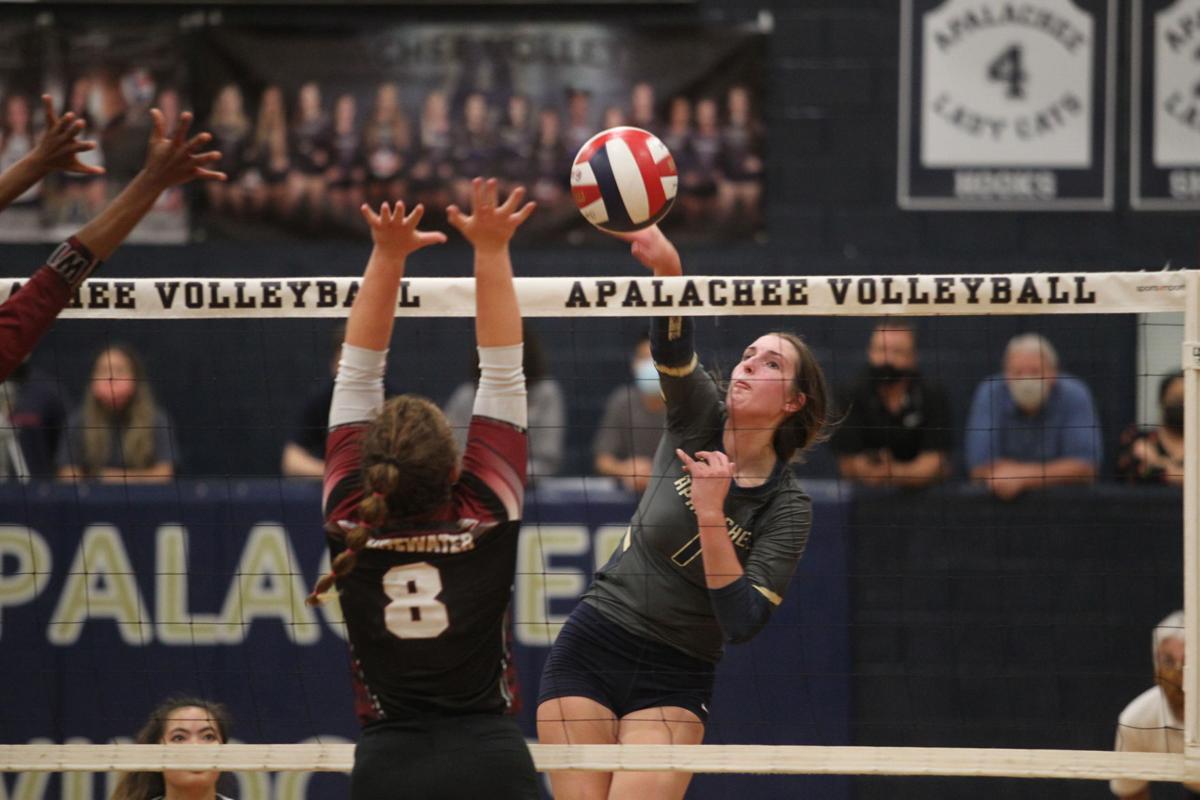 Apalachee senior Jenna Crow punches the ball over the net in the Wildcats' Elite Eight loss to Whitewater Tuesday (Oct. 27).

Apalachee senior Jenna Crow goes up for a ball Tuesday (Oct. 17) during Class AAAAA state quarterfinals action against Whitewater. Apalachee dropped the match 3-0 to end the season at 28-17.

Despite the strides his team made throughout the year, Apalachee volleyball coach Joey Alfonso knew it would take something special to make it out of the state quarterfinal round.

Unfortunately for the Wildcats, the magic never materialized.

“We’ve grown tremendously, but we faced a team today that was just better,” Alfonso said. “And it was going to take some of our best play, with very few errors to win those sets.”

And errors were the Wildcats’ undoing, Alfonso said.

“Kill for kill, we were right there toe-to-toe with them,” Alfonso said. “It was our errors that made the difference in the end.”

Outside hitter Annette Baker inflicted most of the damage for Whitewater, finishing the match with 17 kills.

“No. 12 (Baker) for them is an excellent player,” Alfonso said. “Every time she came around front row, we were close … we were around 15-15, 14-16, something like that, when she came back around the second time, she separated us. There were about five points she would get while she was coming through.”

The quarterfinals loss not only ended the season but the careers of seven Apalachee seniors.

Alfonso pointed out that senior outside hitter Emily Crocker just missed 600 kills for the season, finishing at 597. Crocker totaled 15 kills against Whitewater.

“We never had anybody approach the 600 mark … For Emily to do that this year was pretty incredible,” he said.

Meanwhile, senior outside Jenna Crow finished the season with over 300 kills.

“I can’t say enough about her and how she’s grown over the year … just a magnificent effort,” Alfonso said. “If you would have told me that she would have had over 300 kills and we’d be Elite Eight, coming into it, I would have taken it.”

Alfonso also noted that senior Abby Bowles “set great for us” as a first-year setter, while senior Kayla Vang “played outstanding” at libero. Maggie Clements, Georgia Cox and Kassidy Dell also contributed as seniors. Alfonso noted that Dell was hampered by a foot injury this season.

“Kassidy Dell had a couple of weeks out or she would have probably been another first-team, second-team all-region player,” Alfonso said.

“I know they’re probably a little bit heartbroken in the locker room knowing that this was their last game here, but if you’re going to finish it, finishing it out at home in the Elite Eight is not a bad way to go out,” Alfonso said.

This marked the second time on Alfonso’s 10-year tenure at Apalachee that the program has reached the Elite Eight, though he noted that this year’s path to the quarterfinals was the program’s easiest. Still, he was satisfied with the team’s postseason run.

“I’m pleased with it,” Alfonso said. “It worked out really well for these girls, and that’s a solid volleyball team. That’s all that can be said.”