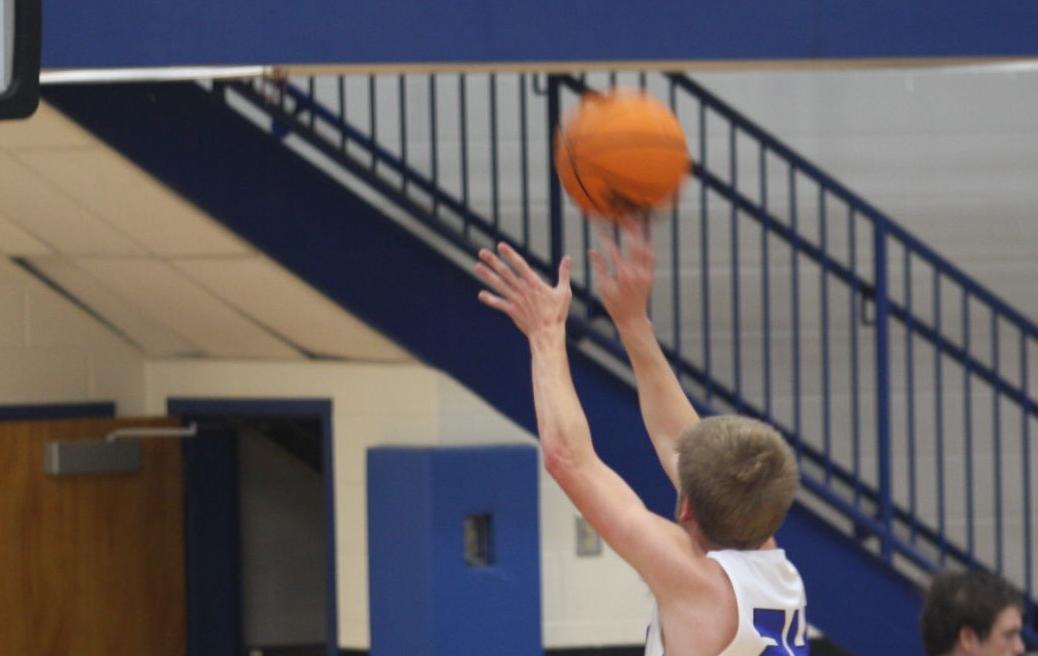 Pierce Martin had 33 points during a recent game for the Leopards. 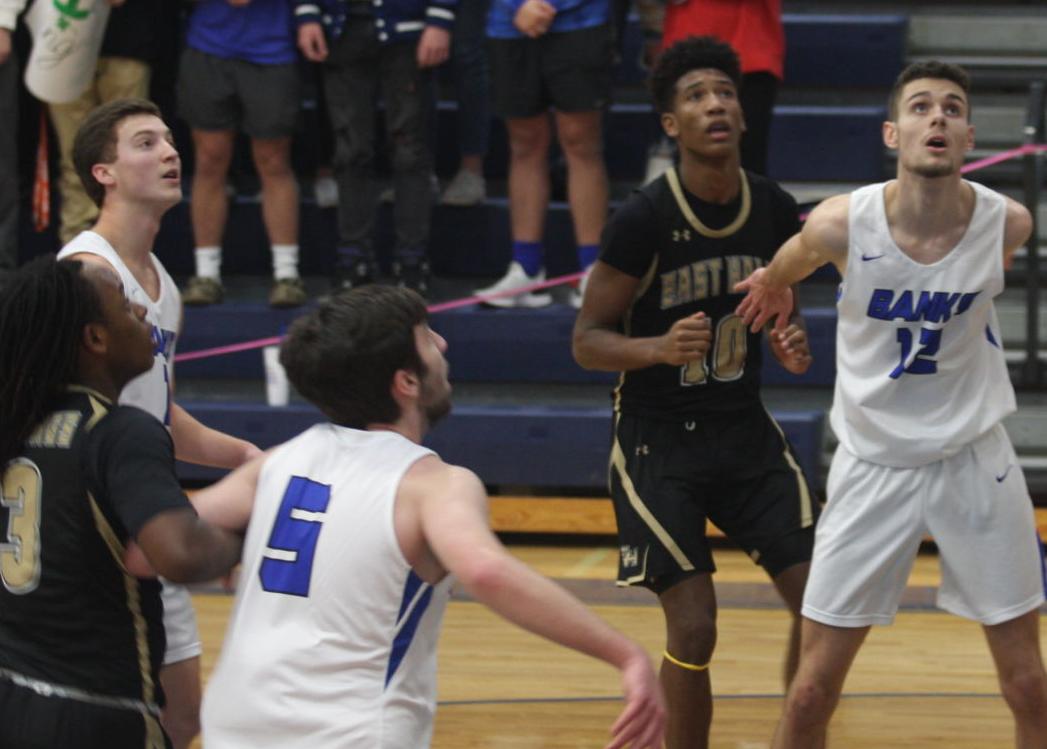 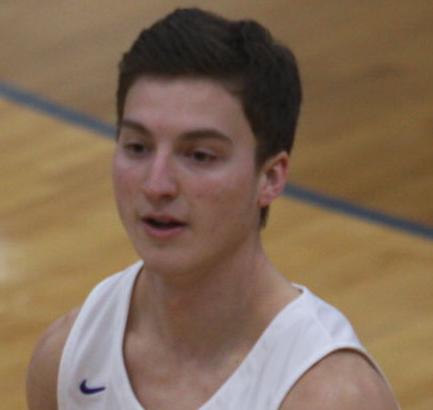 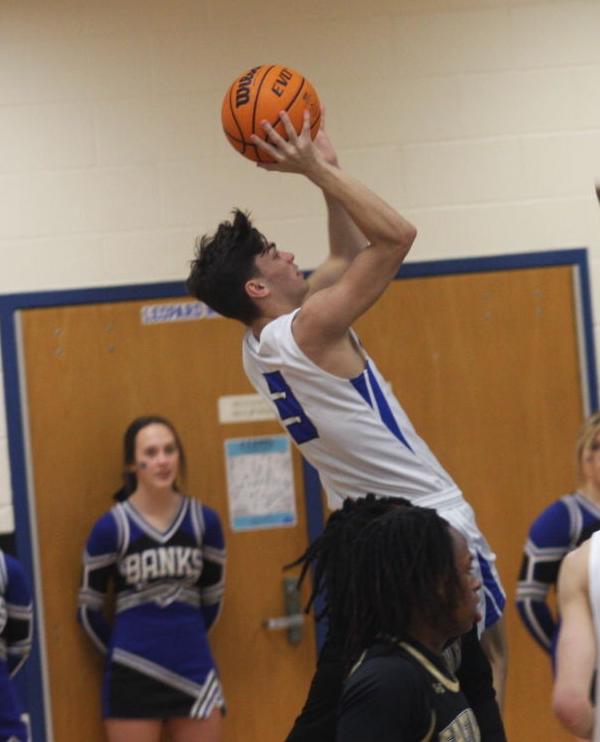 Bradley Lewis shoots a floater through middle of lane during recent the East Hall game. 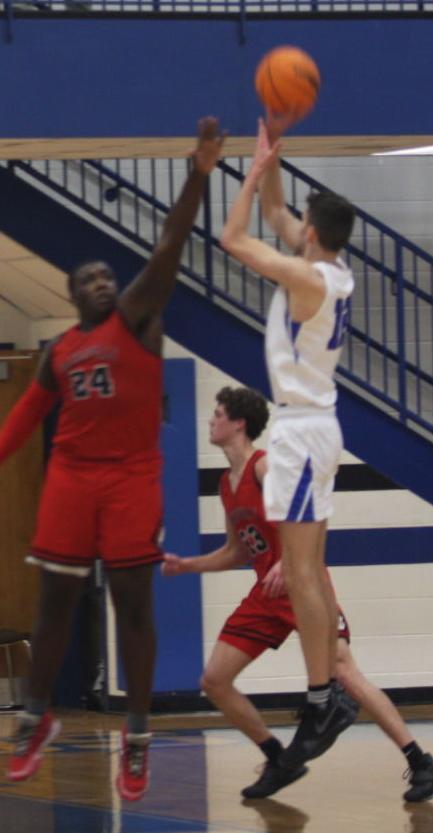 Dakota Orr goes up for a shot. 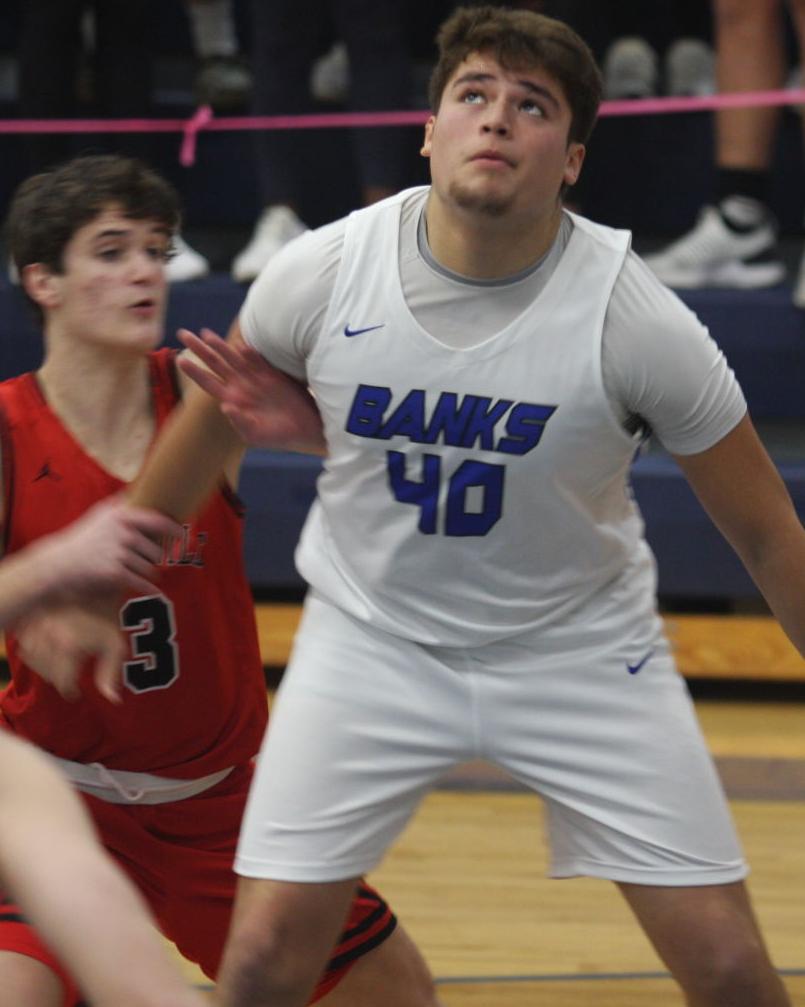 Moises Magdaleno is shown boxing out during the Gainesville game.

Pierce Martin had 33 points during a recent game for the Leopards.

Bradley Lewis shoots a floater through middle of lane during recent the East Hall game.

Dakota Orr goes up for a shot.

Moises Magdaleno is shown boxing out during the Gainesville game.

The Banks County boys took on Gainesville City on December 18 and lost at the buzzer with a score of 77-76. The Leopards held the Red Elephants and led during the first and second quarters. With two minutes left in the game, the Leopards still lead with 74-72. It wasn't until a late fourth-quarter run by the Elephants when the Leopards were outscored by 10. A last-minute buzzer-beater shot by Gainesville sealed the Leopard's fate.

"Sometimes, you play well, but you still lose," Coach Ryan Griffin said. "The boys fought to the very end. We had .05 seconds left in the game with a timeout, and it still wasn't good enough. But I am proud of them. The end goal is to be able for your players to know where to go and what to do on the court. Instinctively, they know what to do, where to go, we have stretches like that, we are not there yet, but with these kids, I am confident we will be."

Griffin commented that players like Pierce Martin, Luke Gosnell, Dakota Orr and Garrett Presley are all playing with confidence, making syncing on the court happen much more effectively. Other seniors, such as Carter Stroud, Chase Hatcher and Moises Magdaleno, are also making things happen on the court for the team.

Martin had a phenomenal game-high of 33 points. He has been instrumental in leading the team with his scoring ability and his leadership on and off the court.

Martin credits his success to his teammates.

"They were setting screens for me," Martin said. "They knew where I was on the court."

Martin added that playing for a coach like Griffin makes him want to be the best player he can be.

"Coach makes everyone on the team feel like that, he believes in us," he said.

Martin said the team's goal this year to win the region and make it as far as they can pass that point. When asked who he inspires to be, Martin responded that he would love to be like his older brother, Gabe Martin (who was also a standout player for Banks County), and would love to come back one day and be part of Griffin's coaching staff.

Top scores of the Gainesville game include Garrett Presley with 13 points and 11 rebounds, Clay Gosnell with 10 points, Dakota Orr with 8 points, and Carter Stroud with 7 points

Martin led the Leopards again in points during the Commerce game with 24 points, followed by Presley with 12 points, Gosnell with 10 points and Hatcher with 7 points.

Banks County defeated East Hall Friday, December 19, with a score of 69-56. Top scorers include Presley with 20 points, Martin with 12 points and 12 rebounds, Gosnell with 11 points, Bradley Lewis with 11 points, and Tyrese Simmons with 6 points.

The team is now 6-4 for the season. The boys resume playing this week at Chestatee and Cherokee Bluff, Monday, December 21, and Tuesday, December 22.