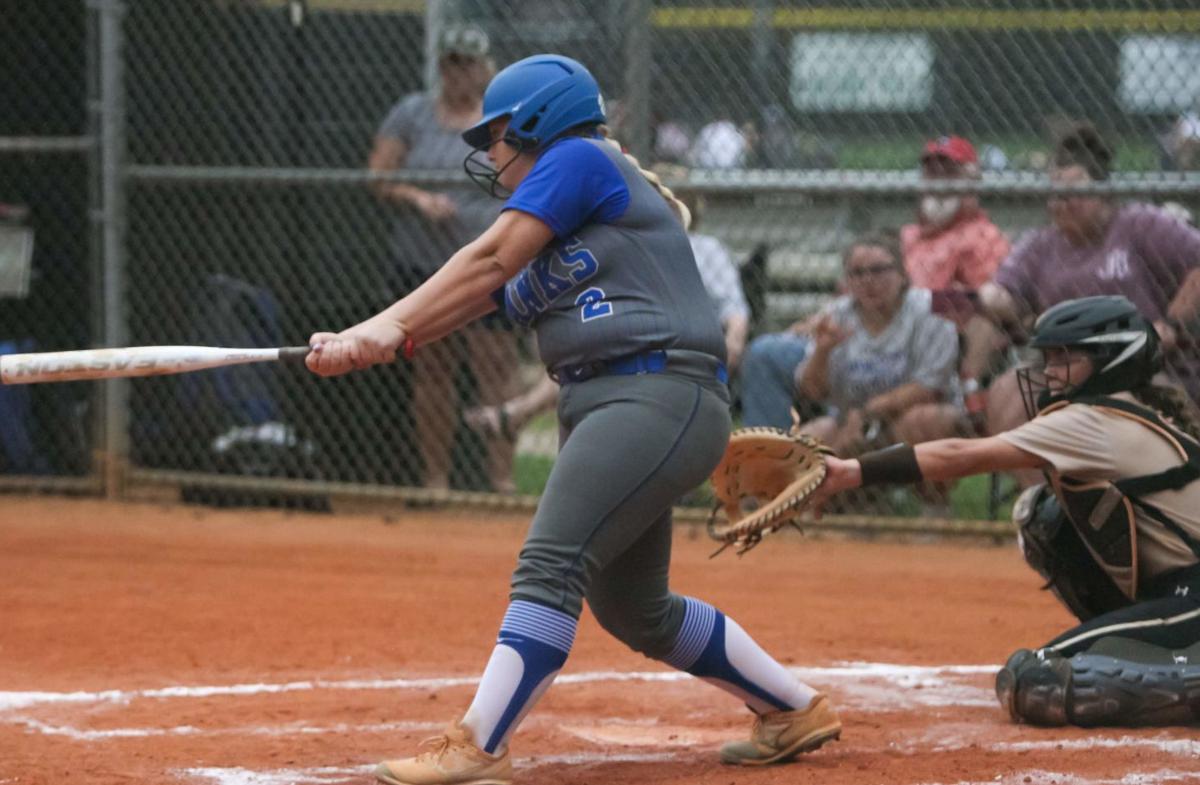 Alexus Humphries is shown at the plate for Banks County at the Commerce game. 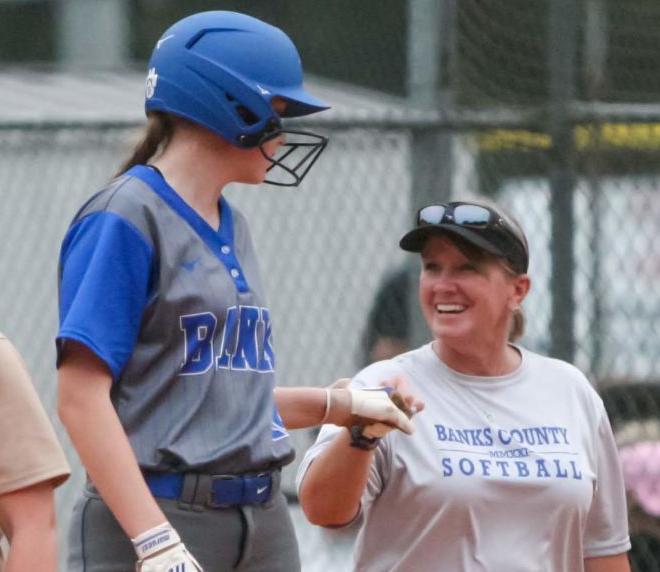 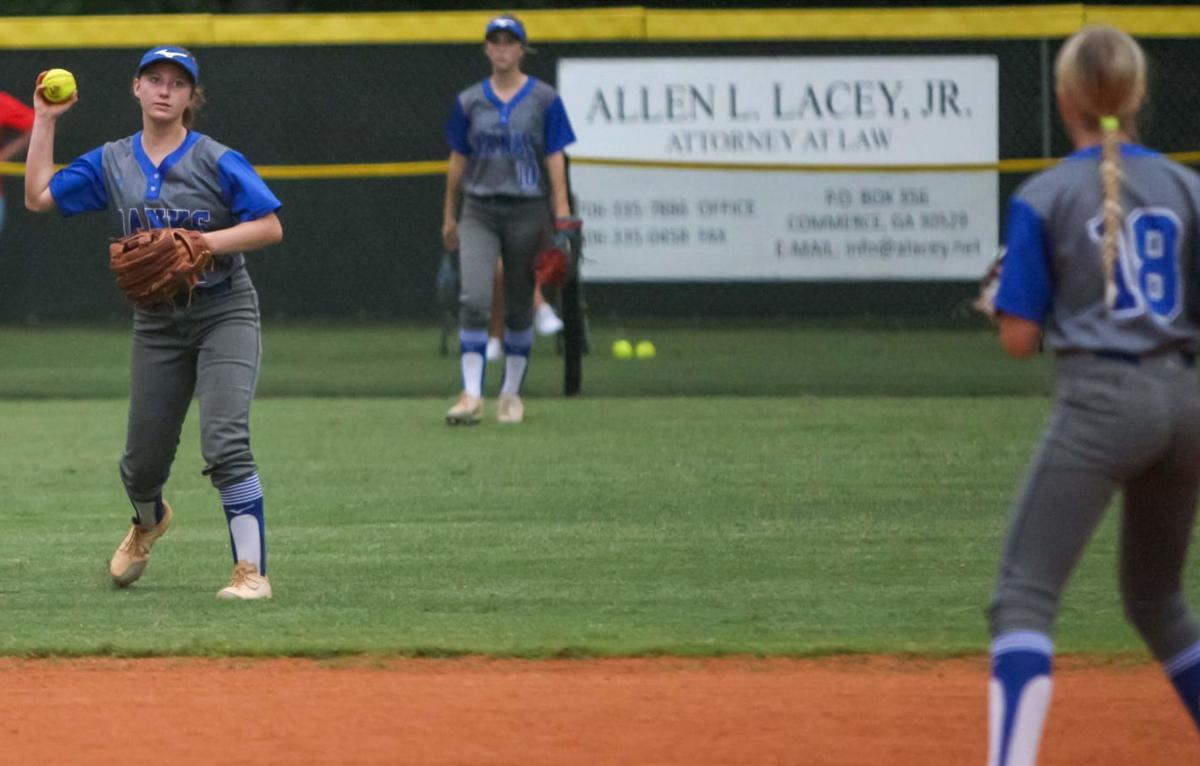 Kylee Brooks and Trinity Haynes are shown throwing infield during a recent game. 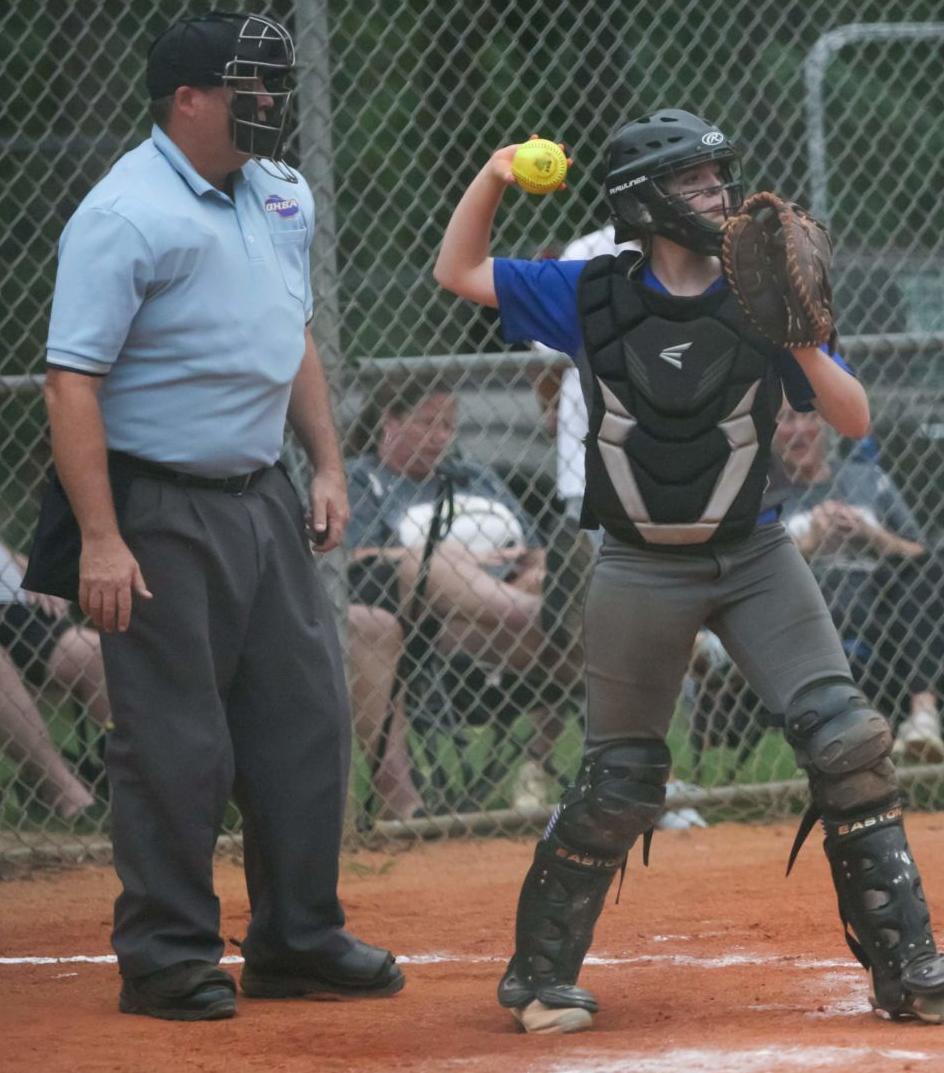 MaCayla Rice plays behind the plate for the Banks County Lady Leopards.

Alexus Humphries is shown at the plate for Banks County at the Commerce game.

Kylee Brooks and Trinity Haynes are shown throwing infield during a recent game.

MaCayla Rice plays behind the plate for the Banks County Lady Leopards.

This past week, the Banks County High School Lady Leopard softball team faced some challenges as the team lost to Commerce and East Hall. The team also has a new interim head coach, Derrick Davis stepping in for Kelby Cronic.

The team faced Commerce and East Jackson this past week with results of 8-0 and 12-0.

The Lady Leopards have battled illness and injury this season, along with weather issues, stalled much-needed practices and canceled games.

Davis stated that the team faced a very talented and veteran team, East Jackson, and although the overall score showed a loss, the team showed incredible effort in the battle.

“We only had one strikeout, but it seemed as if every ball they hit had a one-way path directly to our defense,” said Davis

Sophomore pitcher Ellie Presa performed well at the plate, and some untimely errors cost the team some runs.

"Ellie did very well for us”, Davis added.

The team is currently 2-6 overall for the season. However, region play has yet to begin, and region is where it will count for the Lady Leopards.

This week, the team will revamp and focus on defense, batting, and preparing for their next opponent, Stephen County, at home, September 7, at 6 p.m.