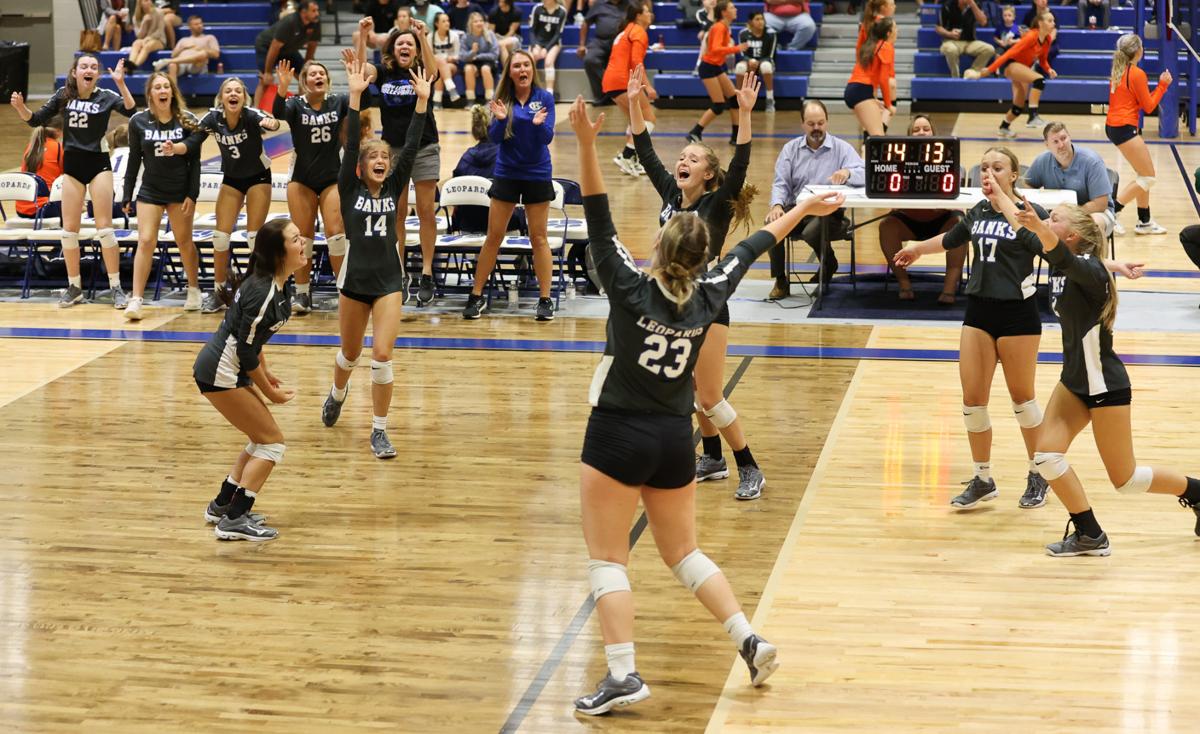 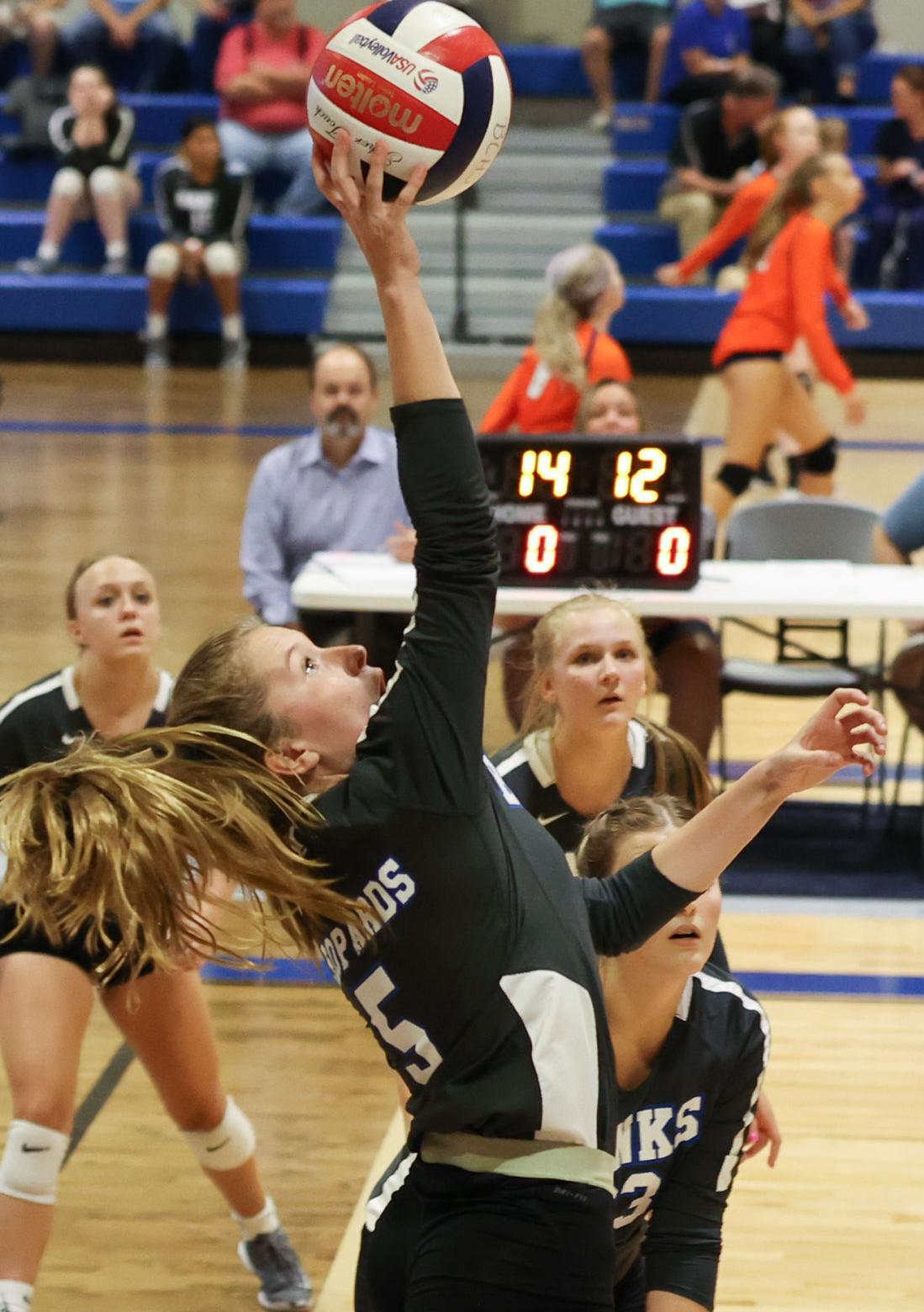 Addison Hoard returns a volley for the Lady Leopards in a recent match. 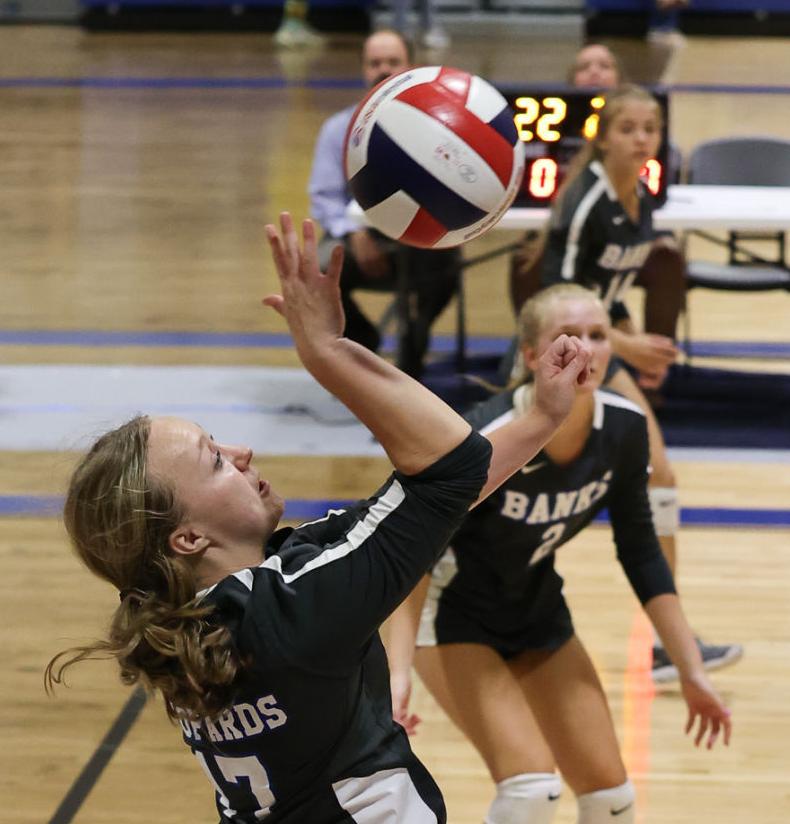 Bacey Ausburn is shown completing a serve for the team. 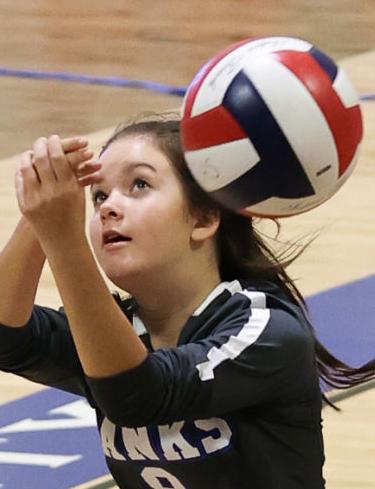 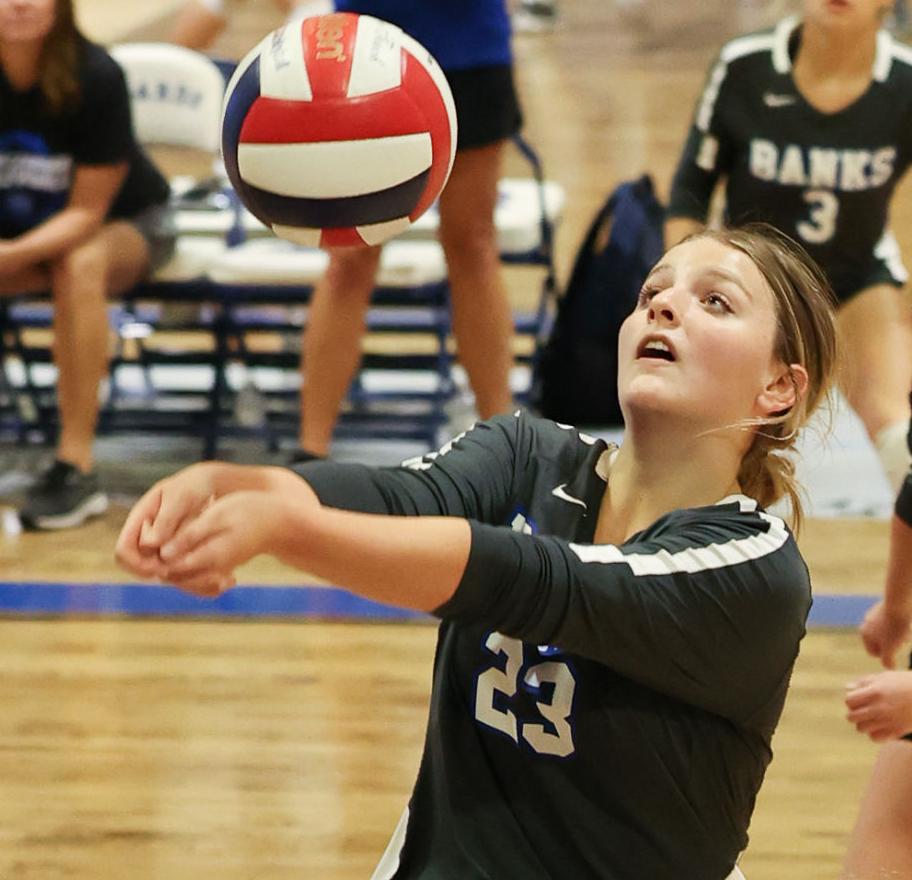 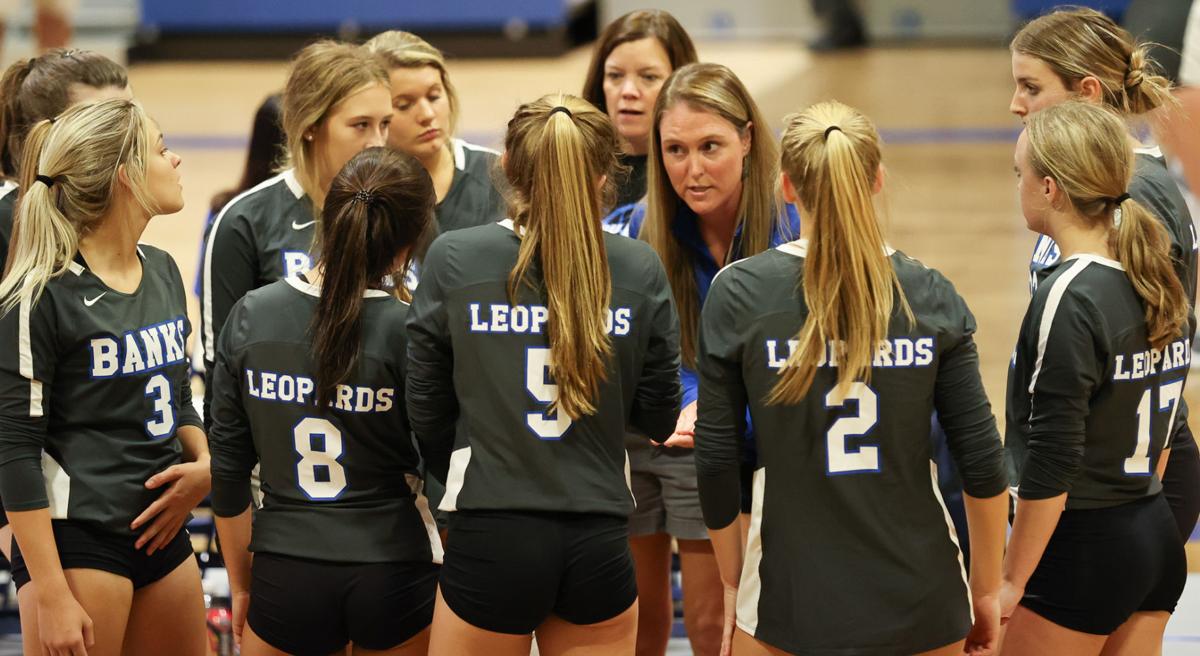 Lady Leopards have won four out of the five last matches.

Addison Hoard returns a volley for the Lady Leopards in a recent match.

Bacey Ausburn is shown completing a serve for the team.

Lady Leopards have won four out of the five last matches.

The Lady Leopard volleyball team is on a game-winning streak by coming out on top of four out of five of their last five matches.

After a tough loss to Habersham, the team has rallied back with wins against

Coach LaHayne was extremely excited about those wins.

"These were huge wins for us and really helped to boost our confidence," she said. "Union was a team on our list to beat. hope the matches this week open up the girls' eyes to see they have what it takes and deserve to win. We have area matches starting next week, and the girls need to be ready to win. Now that we know we can beat these teams, we just need to do it again."

Against Union, the team had a slow start but pulled out an exciting comeback win at the end. Against Stephens, the crowd momentum was all the Lady Leopard team needed to help boost their confidence.

The team ended the week with their game against Oglethorpe, and again the Lady Leopards battled a slow start and picked up a loss in the first set. However, the slow start didn't last, and the team came back harder with a different attitude and more determination in the second and third set.

"The girls were really sluggish getting started and lost the first set 25-13, but they came back out a different team", LaHayne added.

She also added that the win was more than big for the team; it was a turning point for the team.

"Once these girls begin to fully believe in themselves, and we can work out the little kinks/mistakes, they are going to be a force to be reckoned with," she said.

LaHayne was impressed with all of her players, especially Shayna Vickery and Jadelyn McClure.

"Shayna Vickery (freshman) really stepped up in our matches on Tuesday and Wednesday, helping lead the team to a win," she said. "I had to bring Shayna up when one of our defensive specialists, Lillie Parson (Sophomore), broke her hand when we played Tallulah Falls and Elbert County. Shayna has next-level skill sets that stand out on such a young player. I am excited about her future in this program, and I cannot wait to watch her grow."

She added, "Jadelyn McClure (junior) has shined again this week by scoring our game-winning point in two matches. Jade is just an all-around good player. She knows the sport and is a strong asset to this team. LaHayne has consistently said that her team has shown huge growth and improvement. I knew the girls had it in them, and they still have major potential to continue to grow. Each day, I see their confidence grow, and I see them beginning to trust me more each day. It has been a great season so far! My heart swells with pride when I watch them. I know all of the coaching staff mirrors my thoughts. We have three goals: Stay hungry. Stay consistent. Stay ready"

The team has set goals to win the first two area matches against Commerce and Elbert next week.

"Coming out of a holiday weekend with these matches makes me a little nervous, but I have confidence in the girls to continue to play strong and ride our current winning streak," the coach said. "Thursday will be tougher. We played Madison on our season-opening night, and the girls had many jitters, but now that we have worked those out and started playing together. I think we have a good chance at pulling a win there as well."