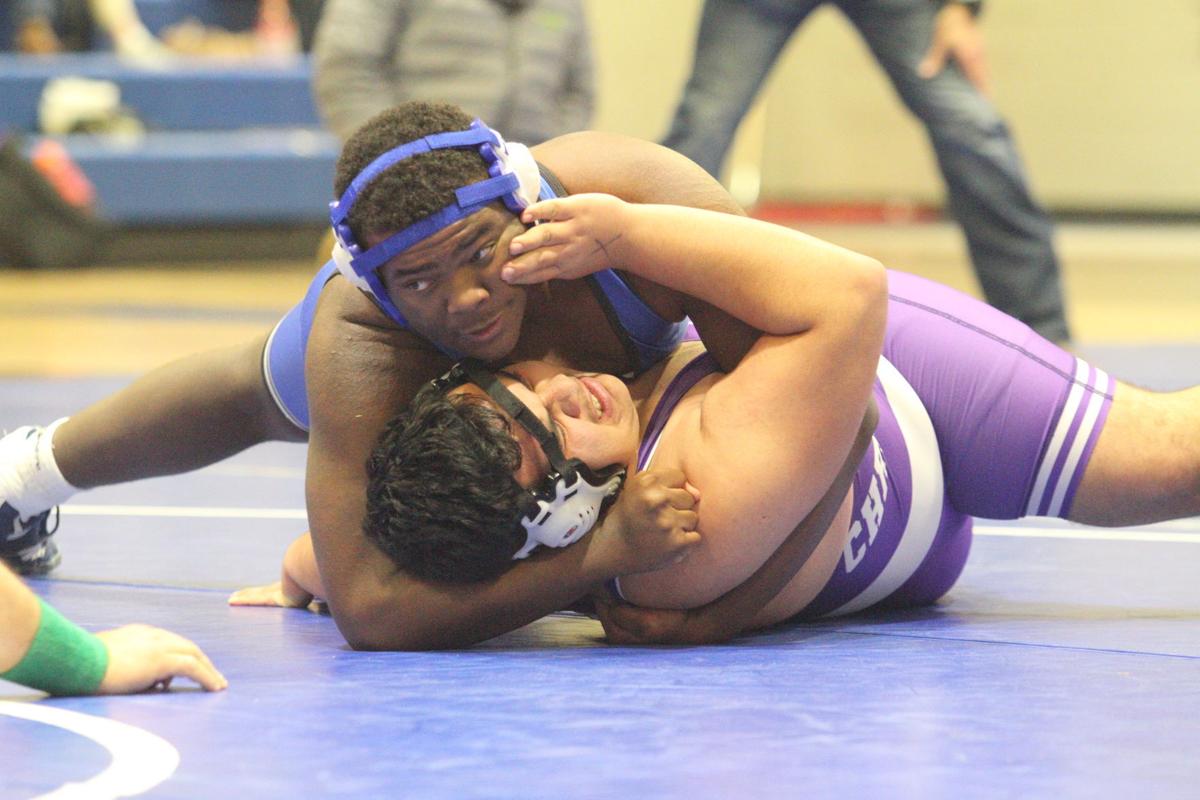 Jeremiah Logan gets a win against Athens Christian. 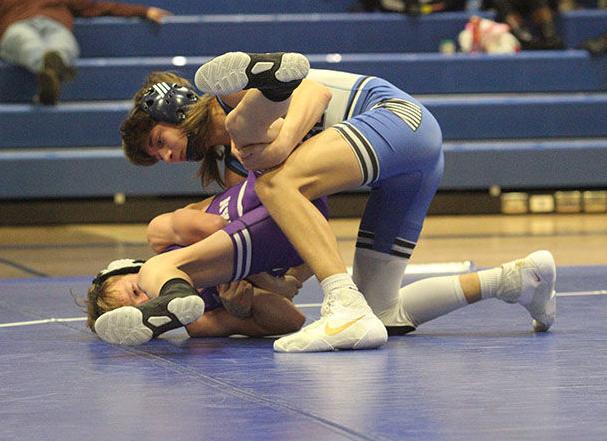 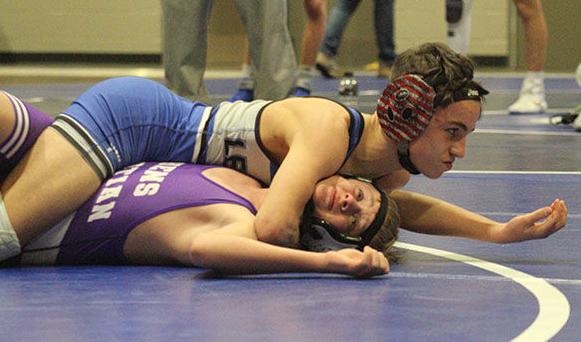 Danny Evans, freshman, helped the Leopards during matchup against Fannin. 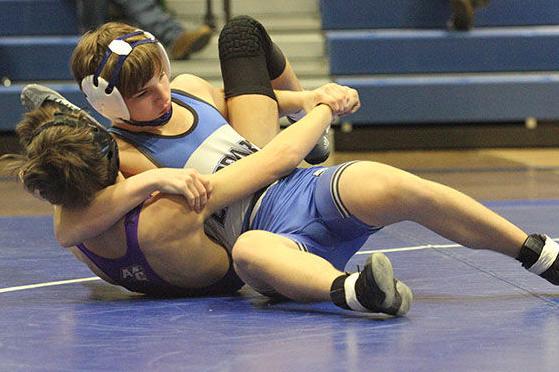 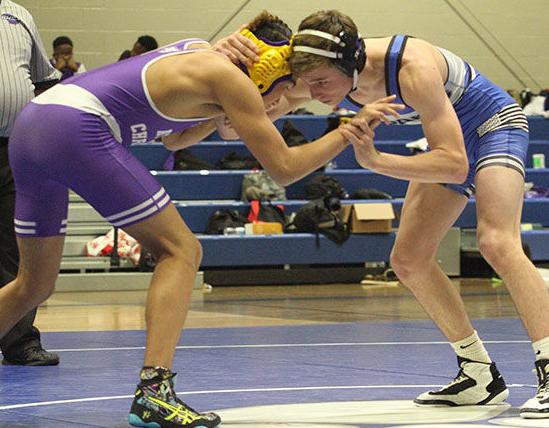 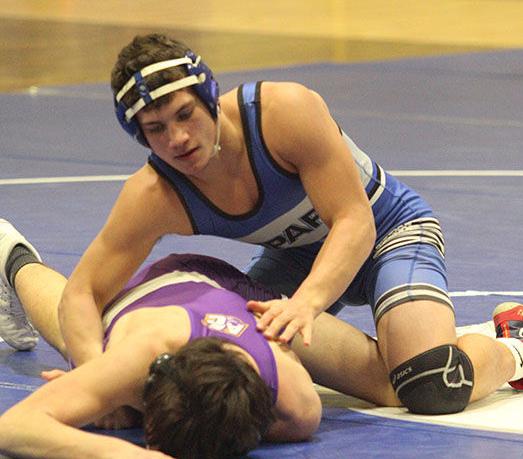 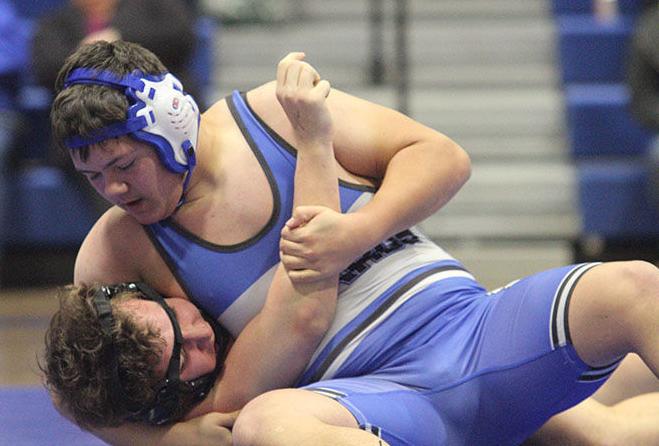 Roman Haynes wrestles in the expedition match against Athens Christian.

Jeremiah Logan gets a win against Athens Christian.

Danny Evans, freshman, helped the Leopards during matchup against Fannin.

Roman Haynes wrestles in the expedition match against Athens Christian.

Banks County wrestlers continued the winning tradition as they beat Rabun and Fannin to earn the title of Area Champions this past week. To say that Coach Hanley was excited is an understatement.

“We have some great kids and great staff," Hanley said. "I knew we could do this."

Hanley and his coaches, Forest Garner, Joe Denton, Raymond Bentley, Jace McColskey, Knox Allen, Conner Speed, and Zach Millwood, have produced a program where winning, positivity, encouragemen, and growth are evident at every single event. From the parents, the coaches, and the wrestlers, this philosophy is definitely working for Banks County wrestlers.

The team beat Rabun 72-12 and knocked off Fannin in the finals with 41-36. Hanley states that big wins from Cade Herrin and Zak McClellon helped the team seal the win.

Earlier in the week, the team also competed against Athens Christian, and in championship style, were able to sweep the Eagles with pins from many Banks County wrestlers. Voyles, Cruz, Mullins, Clark, Walley and Haynes stepped up with quick pins, some of those only lasting a few seconds.

Underclassmen Danny Evans and Mason Dodd got in on the action and also had pins against Athens Christian.

One of the most memorable matches of the meet was from Jeremiah Logan, a senior who has just picked up wrestling. Jeremiah received his first pin of the season against the Eagles.

“We are so excited for Jeremiah," Hanley said. "You can tell how the wrestlers feel about him. We were all hyped up to watch him win."

Another wrestler that has shown tremendous growth this season is Elijah Mullins. Hanley says of Mullins that he “puts in the work and does extra.”

“It is starting to show for him,” says Hanley. “Sometimes we take steps back, but we always find a way to put those behind us and do this, is what this team is made up. We took a step in the right direction."

The Leopards will have to win the preliminary to advance to state and then hope to move on to the Elite 8. The team invites the community to watch them compete on Jan. 22 and Jan. 23 at the Leopard 2.0 Den.