The Leopards took the field for the first time this season at Commerce stadium this past Friday night. 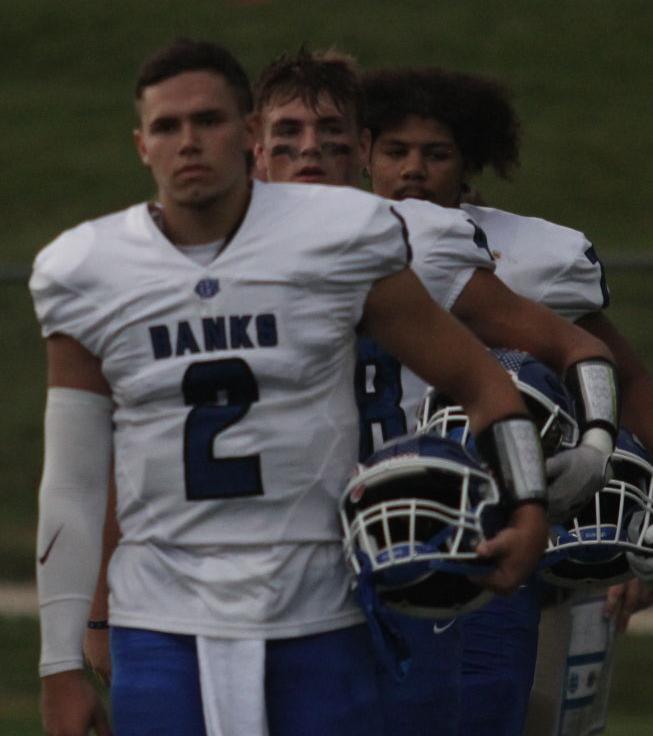 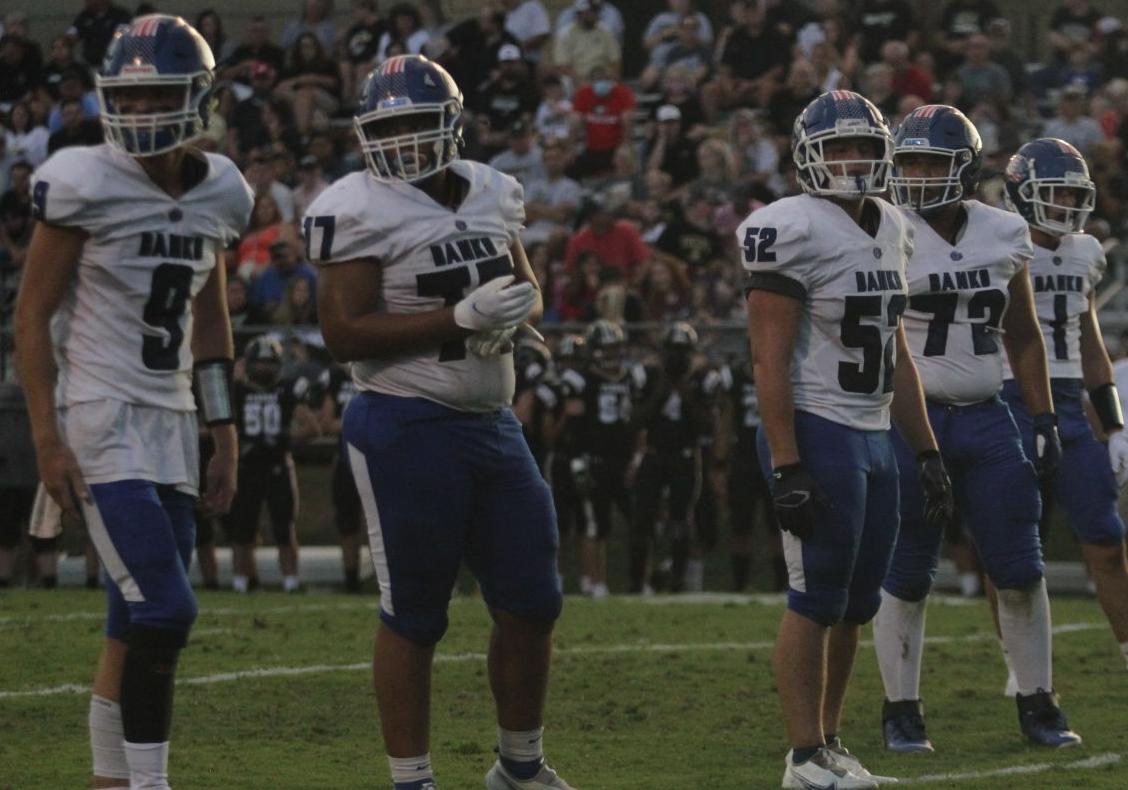 The defensive line looking to sideline for call. The line was able to hold the interior against the state ranked Commerce Tigers.

The Leopards took the field for the first time this season at Commerce stadium this past Friday night.

The defensive line looking to sideline for call. The line was able to hold the interior against the state ranked Commerce Tigers.

The Banks County High School Leopards faced cross-town rival Commerce this past Friday night on the football field showing a strong defense in the 10-0 loss.

Leopards held the state-ranked Tigers to just one touchdown in the opening minutes of the game. From that moment, the Leopard's defense adjusted, the line got tougher and more determined. The defense kept pouring on the pressure and intensity and was able to keep the Tigers from scoring during the first half.

Banks' offensive line, led by Bowen Roberts, only possessed the ball twice during the first half, but showed that they are capable of both a running and passing game.

Coach Jay Reid said of his players: "Lukas Marlow had a great game. His energy is contagious among the players, Issiah Storm just keeps doing what he does. He is the player in the middle of the storm, he doesn't always get his name called out, but he does his job tremendously well. Bowen Roberts leads our team. He knows where to be on the field at all times. Cade Herrin, not one time, asked to come off that field. He played the whole game and is one of the toughest players we have. Roman Haynes and Andrew Shockley, those boys are so physical and have made huge improvements in the weight room, and it has shown. They are tough to go up against."

"Some of them have seen a lot of varsity time, and they went in and did a great job at what we asked them to do," he said. "They played with stamina and intensity."

The atmosphere from the fans, cheerleaders and band also contributed to the energy level during the first half. Penalties plagued Commerce, which also added to the momentum for the Leopards on the field.

During the second quarter, a lightning delay sent the teams to the locker rooms. After an hour-long wait, the players reentered the field to finish the second half of the game.

"We had some momentum before the rain delay, and it was hard to get that back after such a long pause in the game," the coach said. "But our defense held, and honestly, I don't think I have ever seen this team play as hard as they did. I could not be more proud of these kids."

As the second half began late in the evening, it was apparent that the delay caused some cramping issues from the players. During back-to-back plays, Banks had to call timeouts for player injuries. However, Herrin, Hopper, and Marlow were able to bounce back quickly and get back into the game for the Leopards.

'Those boys (Herrin, Hopper, and Marlow) were not going to miss a second of the game," Reid said. "They were determined to get back in there. They wanted it so bad. The humidity from the passing storm really started to get to our kids, but our players were conditioned for that, and we were able to rebound quickly and get back in the game."

He added, "It was also great to see our sideline players being into the game. They play a huge role with the team, whether on the scout team or special teams; we absolutely need them part of this program."

"That is something that we continue to work on, and we play non-region games to help us learn from those mistakes," Reid said. "Our boys continue to learn what we should do and not do, but sometimes we can't help them when we play aggressively."

The team spent last week focusing on getting ready for Commerce by using the motivation from the movie "Lone Survivor," which featured a former navy seal, Marcus Luttrell, and his journey as the only survivor from a mission in Afghanistan.

'Our boys took some motivation from that movie about determination and guts, and the 'never give up mentality,' and chose to have the Banks County stars and stripes displayed on their helmets to commemorate 911 and honor our veterans," Reid said. "They showed that during the game, they never gave up the entire game."

The team will face Franklin County at home this Friday night, August 27, and host senior night.