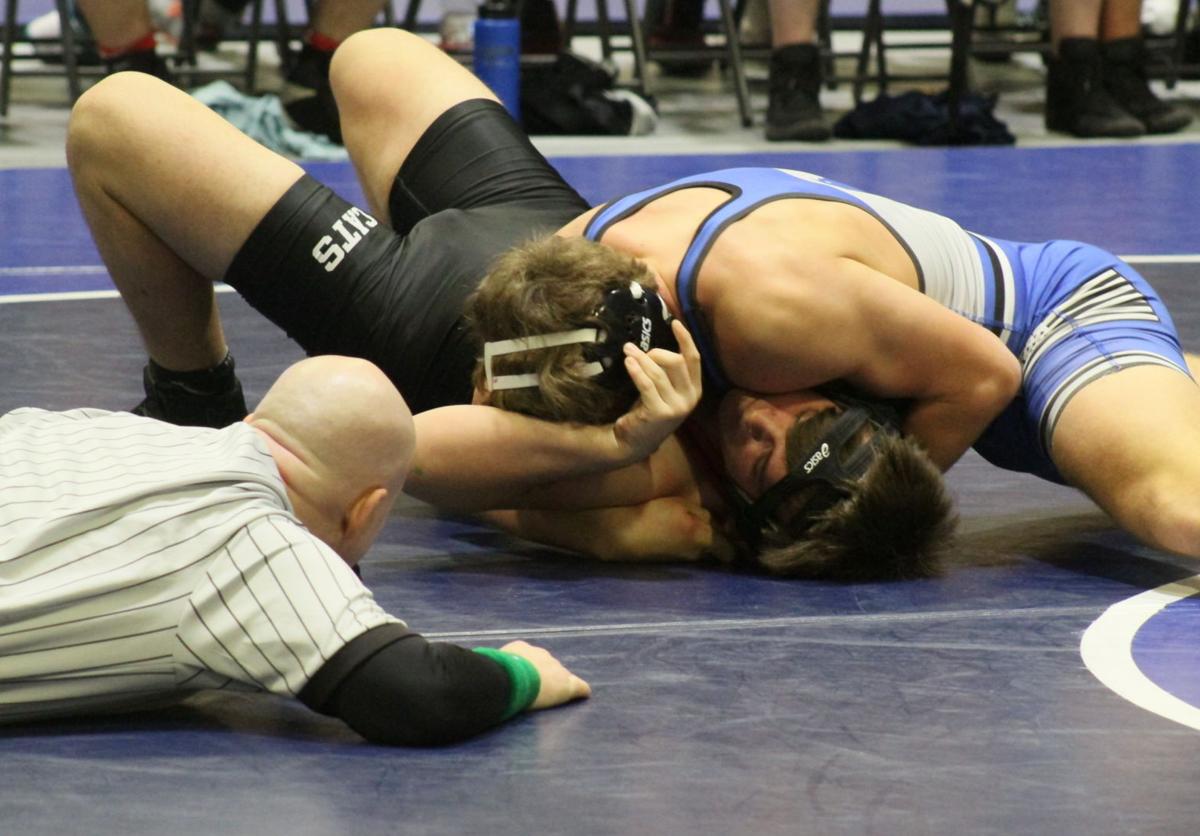 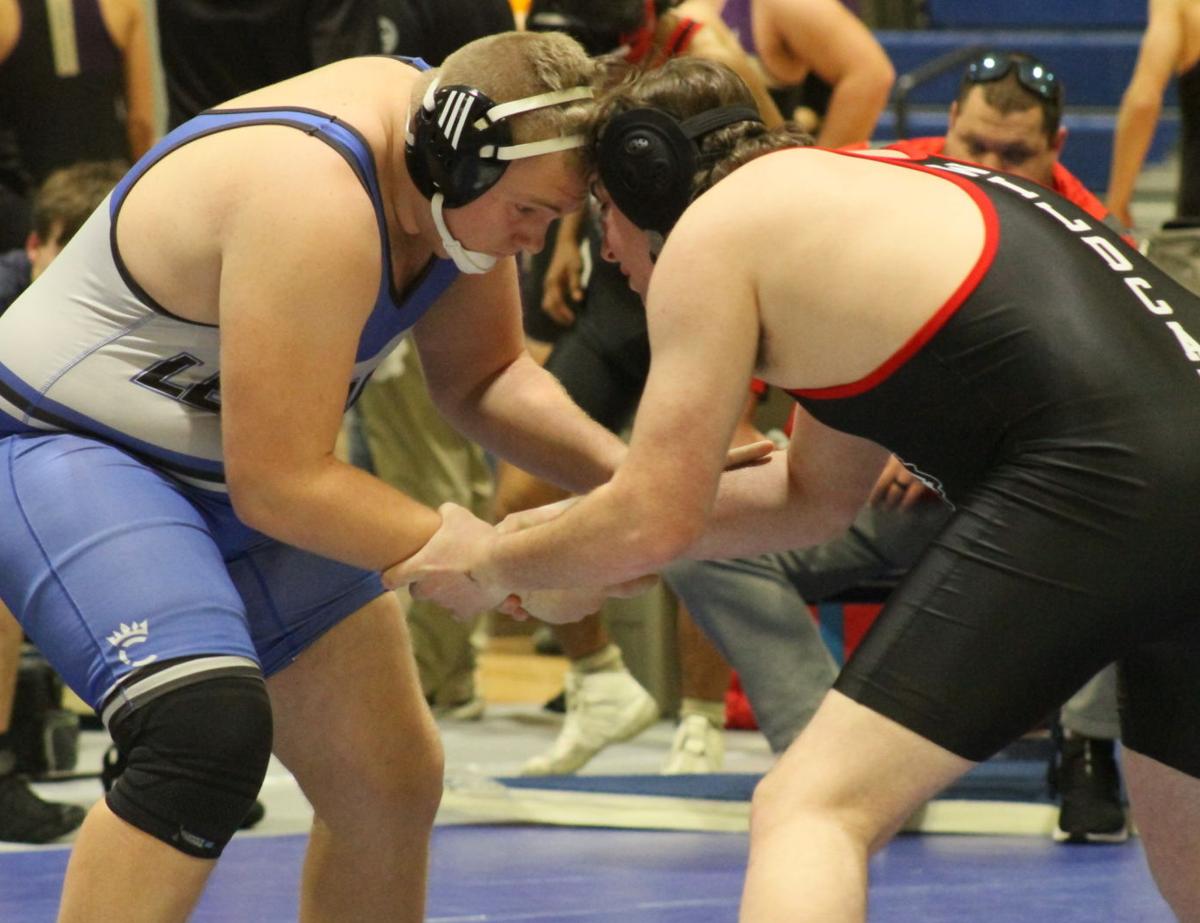 Eli Ward is shown during the Dual Area Match at Leopards 2.0. 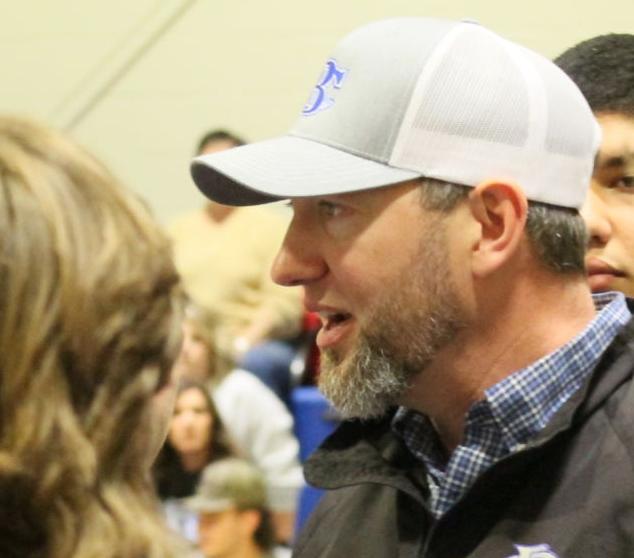 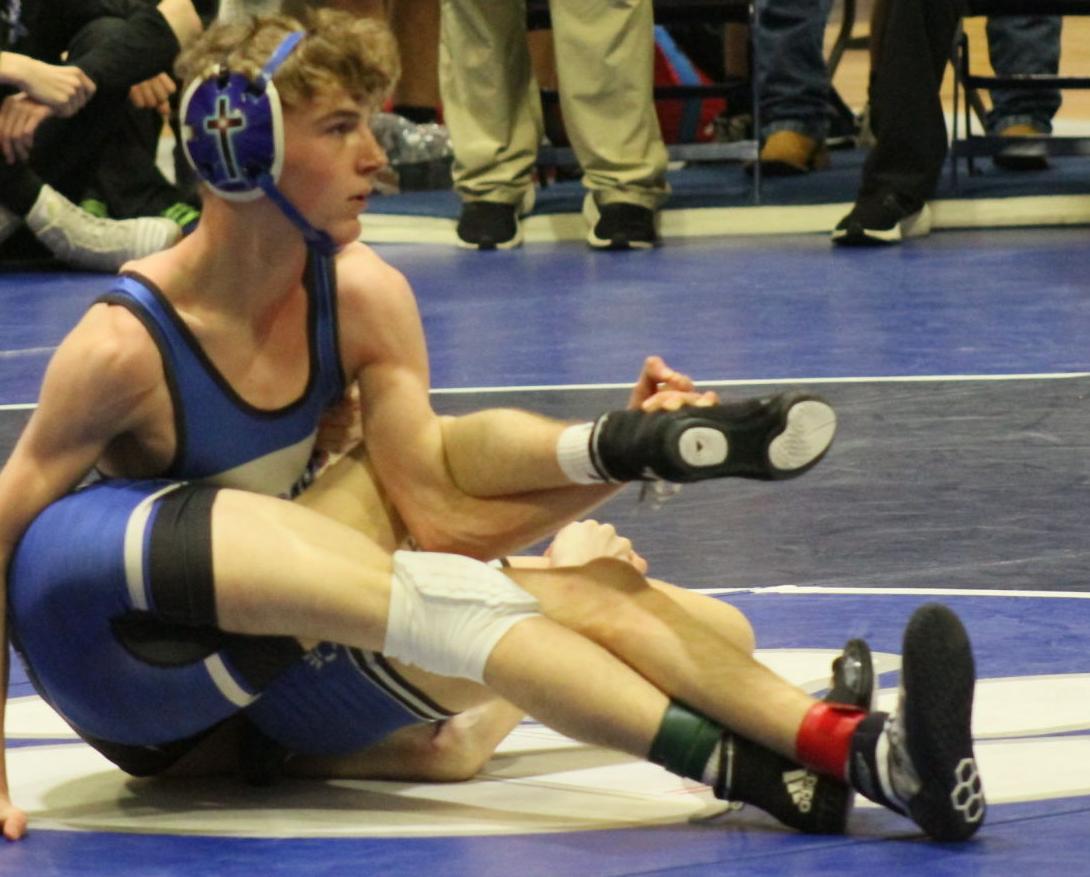 Jacob Voyles looks to coaches for guidance. Voyles went into the match undefeated by fell to Fannin during the tournament. 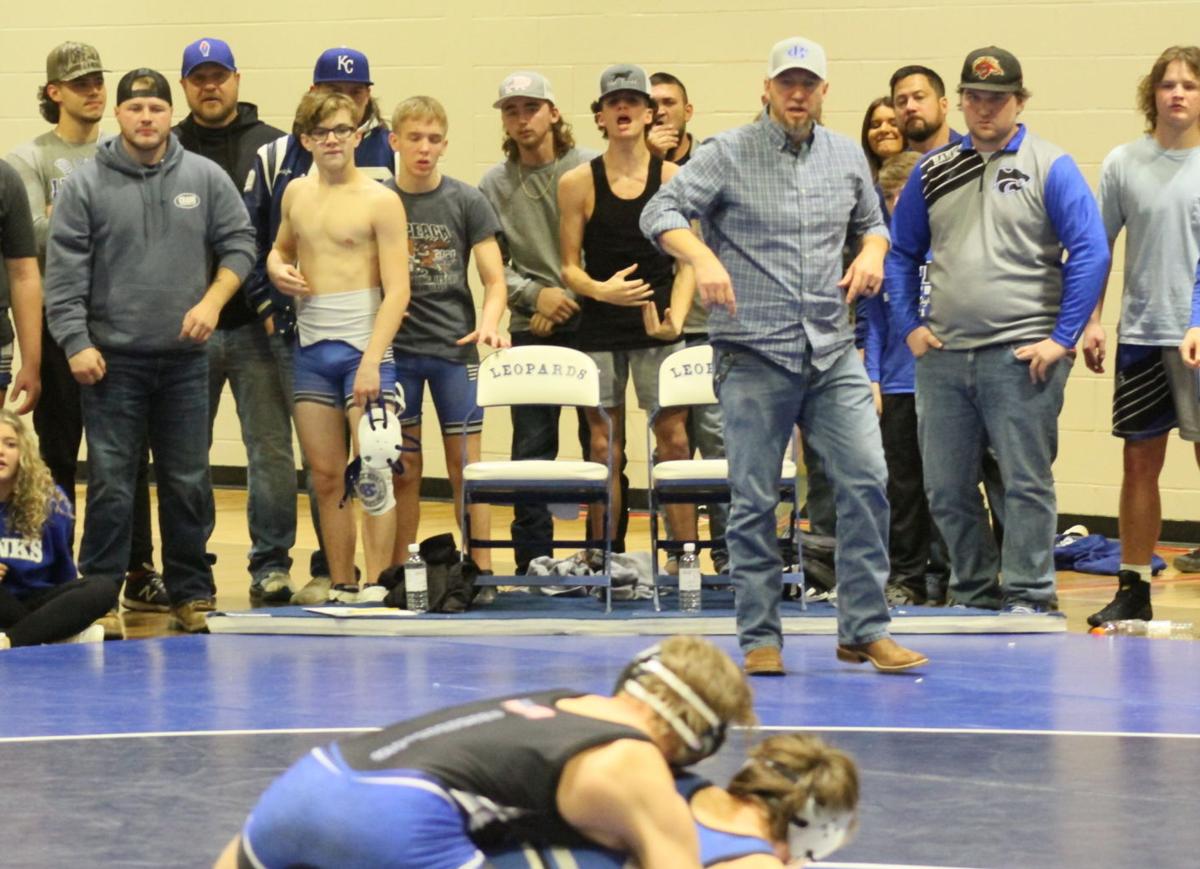 Aucy Jacobs wrestles the last match of the tournament as his teammates cheer. The team placed 2nd at the match.

Eli Ward is shown during the Dual Area Match at Leopards 2.0.

Jacob Voyles looks to coaches for guidance. Voyles went into the match undefeated by fell to Fannin during the tournament.

Aucy Jacobs wrestles the last match of the tournament as his teammates cheer. The team placed 2nd at the match.

With an electric atmosphere last Friday night, the Banks County wrestling team faced Rabun and Fannin for the coveted title of Dual Area Championship. Banks County quickly set the tone with a dominating win against Rabun, 61-6.

“Our boys wrestled hard during the matches, we could have wrestled tighter, but we are in a good spot to beat Fannin,” said Coach Hanley after the win.

After a short break, Banks faced Fannin, and it became evident quickly that the Fannin County Rebels were there for the same reason. Undefeated Banks County wrestlers Robert Walker and Jacob Voyles lost their first match of the season to Fannin.

Banks County trailed headed into the last match of the night. Freshman Aucy Jacobs was the final match of the evening. Unfortunately, Jacobs was forced to re-wrestle the entire second period due to a technicality, and although he fought hard, the Leopards lost to Fannin.

“Aucy has been wrestling a long time, Hanley said. "He gave everything he had during the match. It did come down to us needing a final pin to win, but we had opportunities during the night that should have placed us in a better position. He fought hard and didn’t give up. I was extremely proud that he never gave up. We put everyone in the best positions to face Fannin. You have to give Fannin credit. They are a state-ranked competitive team."

The team faces White County at home this week and will compete at sectional duals on January 15.

‘We are in a competitive spot headed into sectionals and state," the coach said. "We have several wrestlers that have only seen one loss. We have several that have just been phenomenal on the mat for us. Kellon Walley, Jacob Voyles, Cam Cooper, and Mason Dodd. Dodd has been a hammer for us all season."