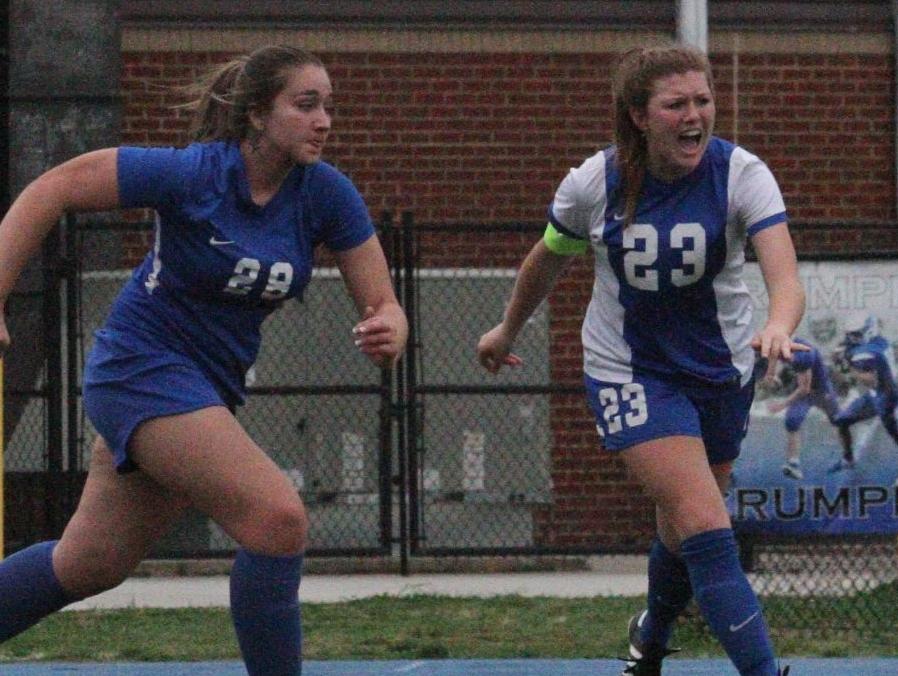 Madison Dacus and Sam Whitcomb team up for the Leopard defense during this past week's home game. 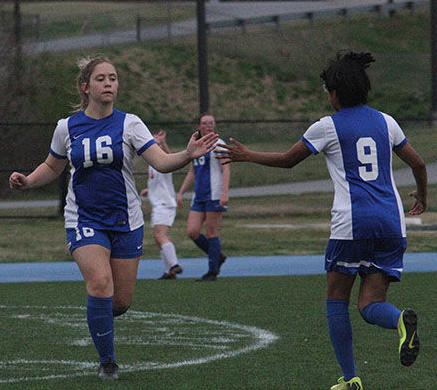 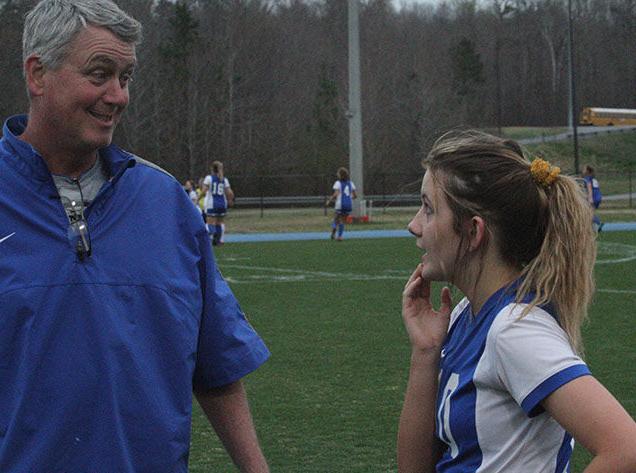 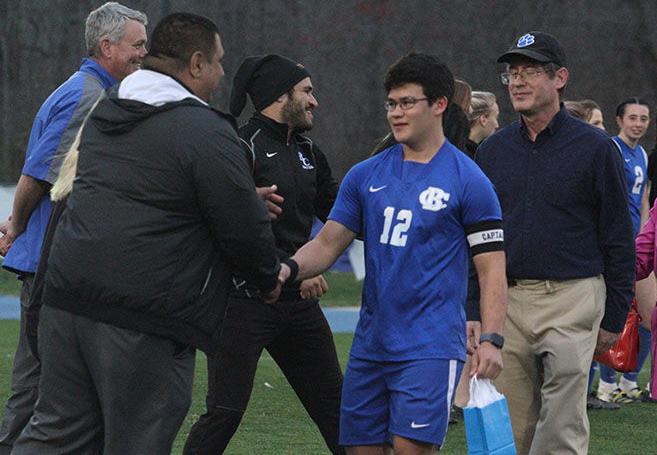 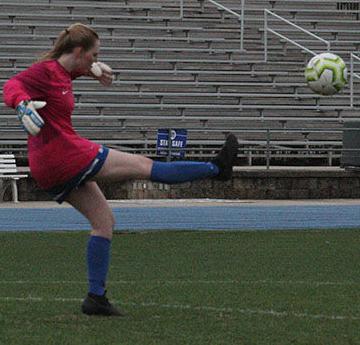 Jenna Yonce, keeper for the team, is shown. 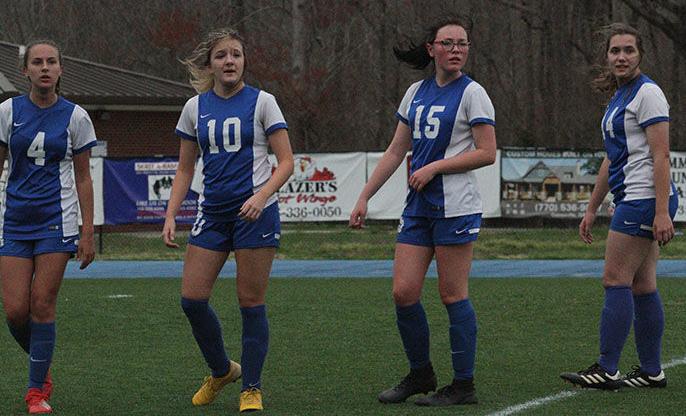 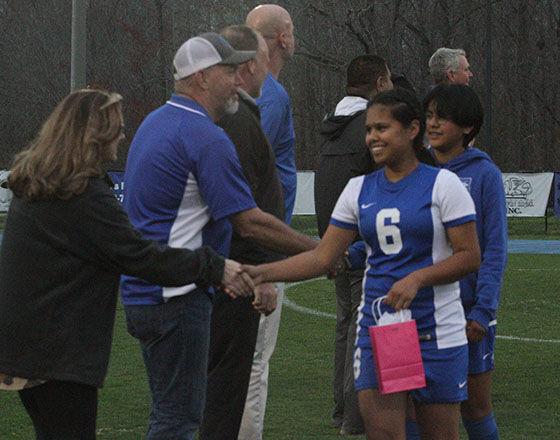 Madison Dacus and Sam Whitcomb team up for the Leopard defense during this past week's home game.

Jenna Yonce, keeper for the team, is shown.

The Banks County High School girls and boys soccer teams celebrated senior night this past week with games against Rabun. Both teams lost to Rabun.

"I was proud of the girls and how much they have improved since the last time that we played Rabun," said head coach Maranda Parks. The team lost to Rabun 7-1, but the night's highlight was senior Roxie Coley's goal. The goal was assisted by the team's other senior, Sam Whitcomb.

"It was nice that Roxie and Sam were able to work together to earn that goal," said Parks.

"That definitely changed the pace of the game," added Parks. "Overall, the scoreboard doesn't reflect our team's growth, but it is there, and I am proud of the seniors and all of the team."

The boy's team stayed close to the Rabun Wildcats and held them to just one goal for the evening with a final score of 2-1. Head coach Carlos Cook stated that the team has made consistent improvement and progress.

"They are starting to use and understand a new formation," he said.

He also added that the team is always appreciative to play the game, and effort is not something he has to ever ask for in his team. Cook was also proud of his seniors stepping into their roles as leaders this season

Danny Argueta has returned to his position as goalie, and Cook stated this brings some definition and depth to the team. Daniel Hart made a penalty kicked which gave the Leopards the only goal of the game.

The boy's team will face Riverside away this week, and both teams will face Elbert for the last region match-up on April 1.