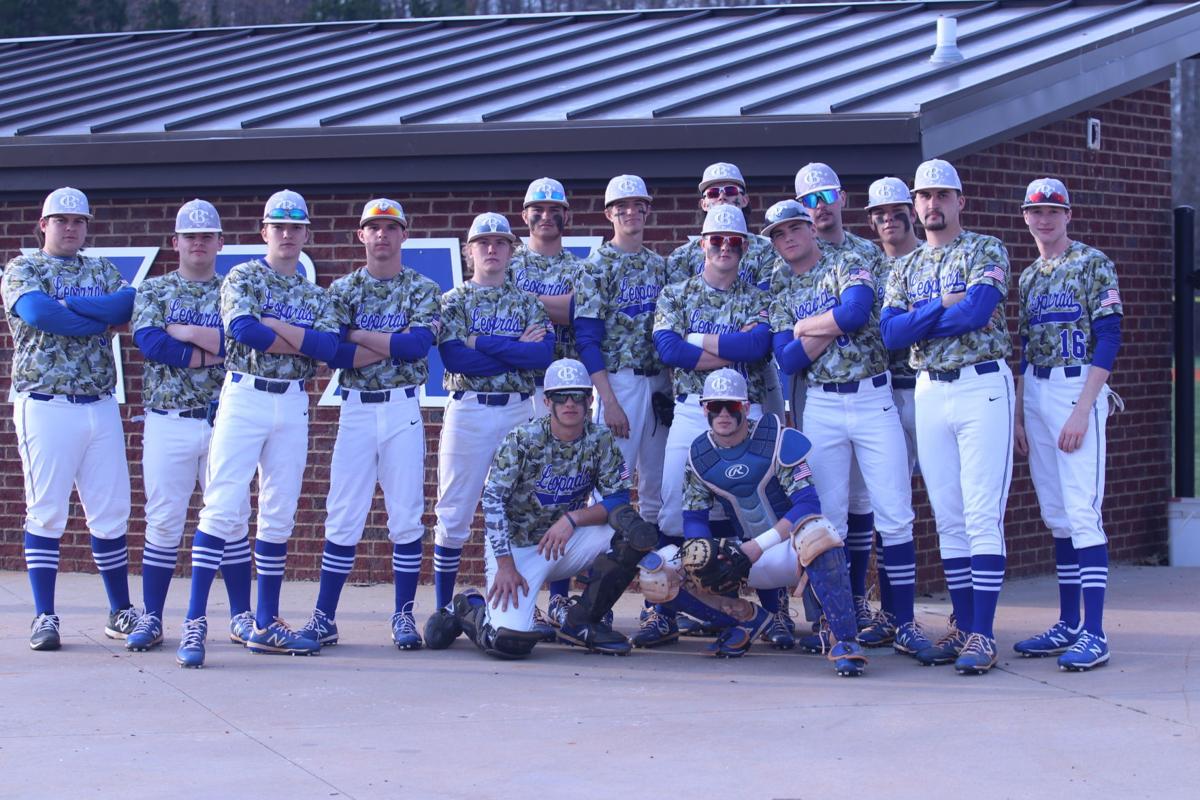 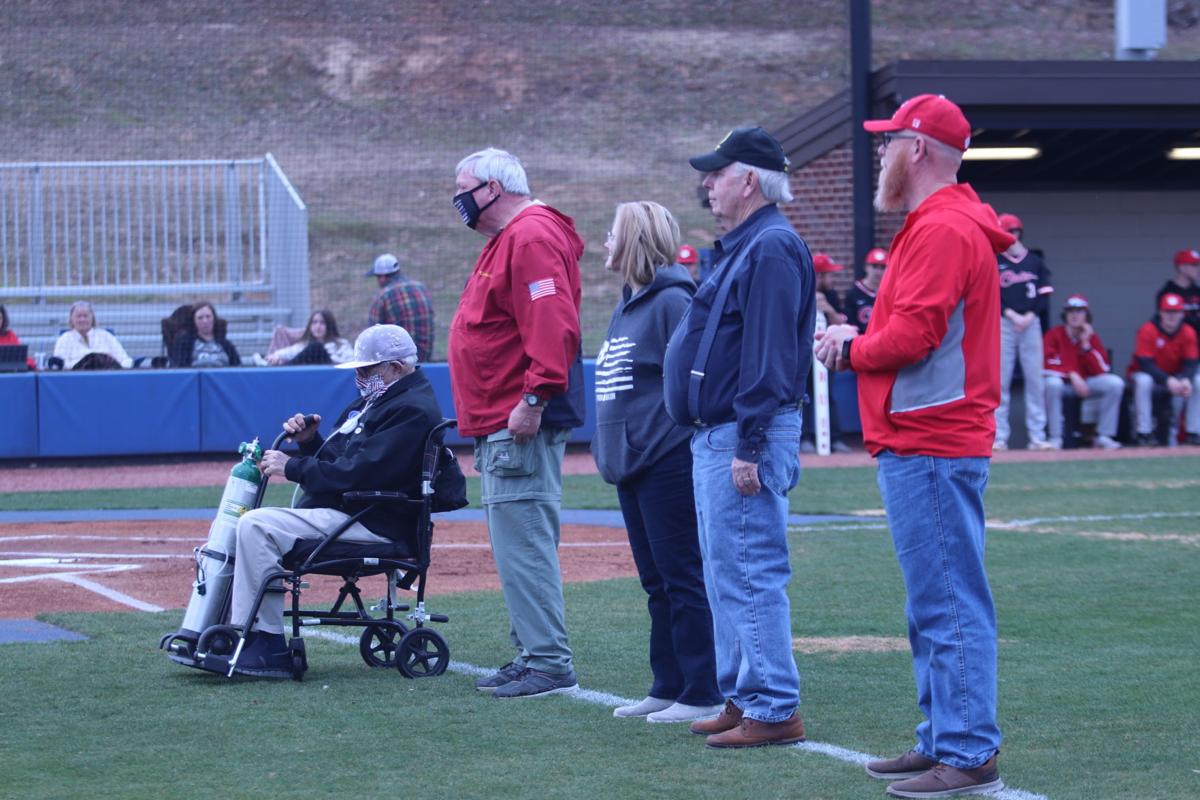 The Banks County baseball team recognized local veterans prior to its March 9 game with Rabun County. 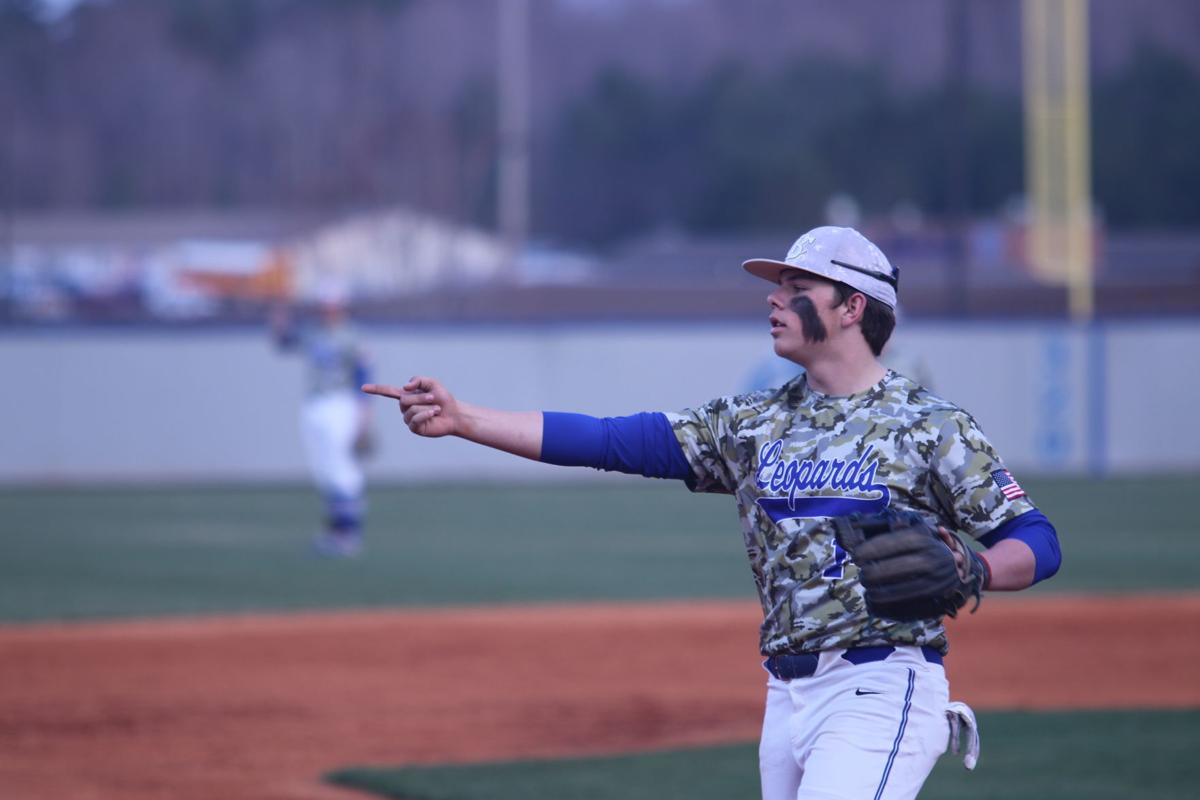 Cam Davis talks to the Leopard outfielders after an out.

The Banks County baseball team recognized local veterans prior to its March 9 game with Rabun County.

Cam Davis talks to the Leopard outfielders after an out.

The Diamond Leopards celebrated veterans on March 9. Several hometown heroes were in attendance as they were honored before the game for their military service. Banks County Leopards finished the week 3-0, as they swept Rabun County in all three games. The game scores were 6-2, 16-8, and 10-0.

The Leopards held the Wildcats to just 10 runs during the series.

In the first game of the week, Ty Burchett and Cam Davis were on the Leopards' mound and had 12 strikeouts combined.

The team scored one run in the first and fourth inning but sealed the sixth with a three-run rally. Hits came from Cade Herrin and Nolan Hill. Bowen Roberts and Herrin also led the team in RBIs

During the second game of the series, the Leopards started out slow as Rabun put 6 runs on the board in the first inning. The Leopards answered with two runs and then five during the third inning to gain the lead. The Leopards slowly chipped away each inning with a total of sixteen runs.

The team finished the week with another win against the Wildcats, and this time left no unanswered questions with a 10-0 finish.