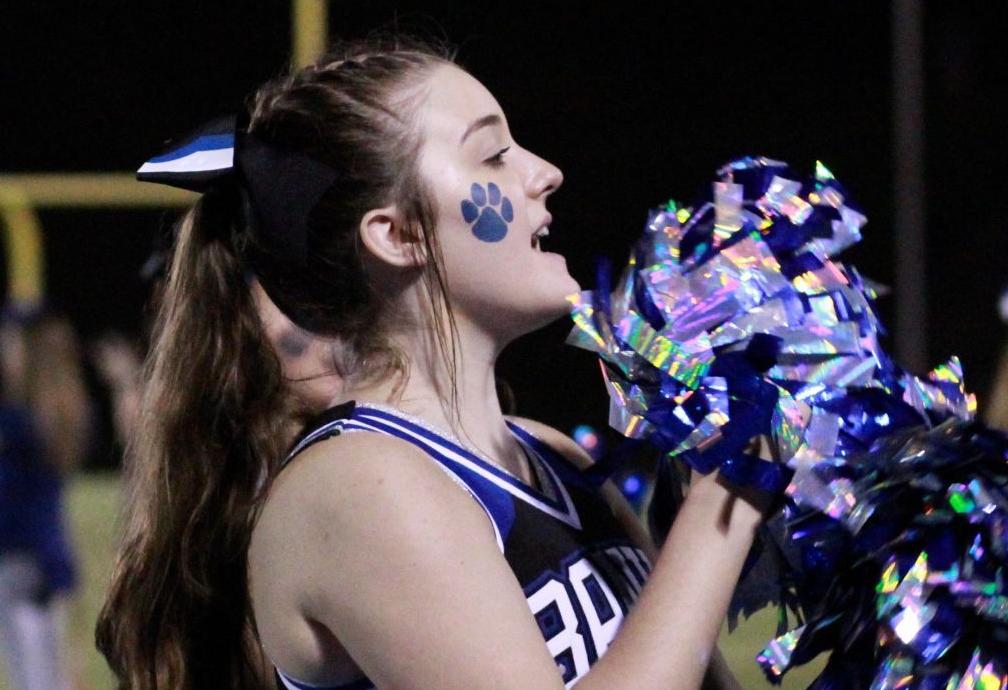 Kristen Parker cheers on the Leopards.

Kristen Parker cheers on the Leopards.

The Banks County Leopard football team will face East Jackson at home Friday night after coming off a 35-6 loss this past week against the Franklin County Lions.

The home game this Friday will be Recreation Night. The Banks County Football program looks forward to seeing future leopards at the game.

In this past week’s game, with an optimistic start, Banks had possession first. Both teams were scoreless in the 1st quarter, and what looked to be a balanced game, momentum shifted in Franklin’s favor quickly. Franklin rattled off 28 unanswered points by the end of the 2nd quarter.

Banks did have some key plays in the first half, during the 6th play of the game. Bowen Roberts kept the drive alive by breaking several tackles and gaining a first down, but the Leopards offense struggled to capitalized and put points on the board. The Lions responded with a 22 yard run, which resulted in their first touchdown of game. The Lions came up with another touchdown from a 42 yard run.

With six minutes left in the quarter, the score was 14-0. Roberts was forced to go for shorter passes as the Lions defense applied pressure which took away many opportunities. As Banks tried to regroup, the Lions put another touchdown on the board.

During halftime, Banks County made adjustments and came out with a more aggressive approach on defense. The Leopard’s defense stalled the Lions with a fumble recovery. Corey Vickery caught a pass and got to the 14 yard line of Franklin County. However, the Leopards turned the ball over which led to a touchdown by the Lions.

The score at the start of the 4th quarter was 35-0. The Leopards finally put a touchdown on the board with a long drive ending in a 6 yard run by Roman Haynes. After a controversial ruling, the Lions got the ball back at the 32 yard line, and with time running out, the game ended 35-6.