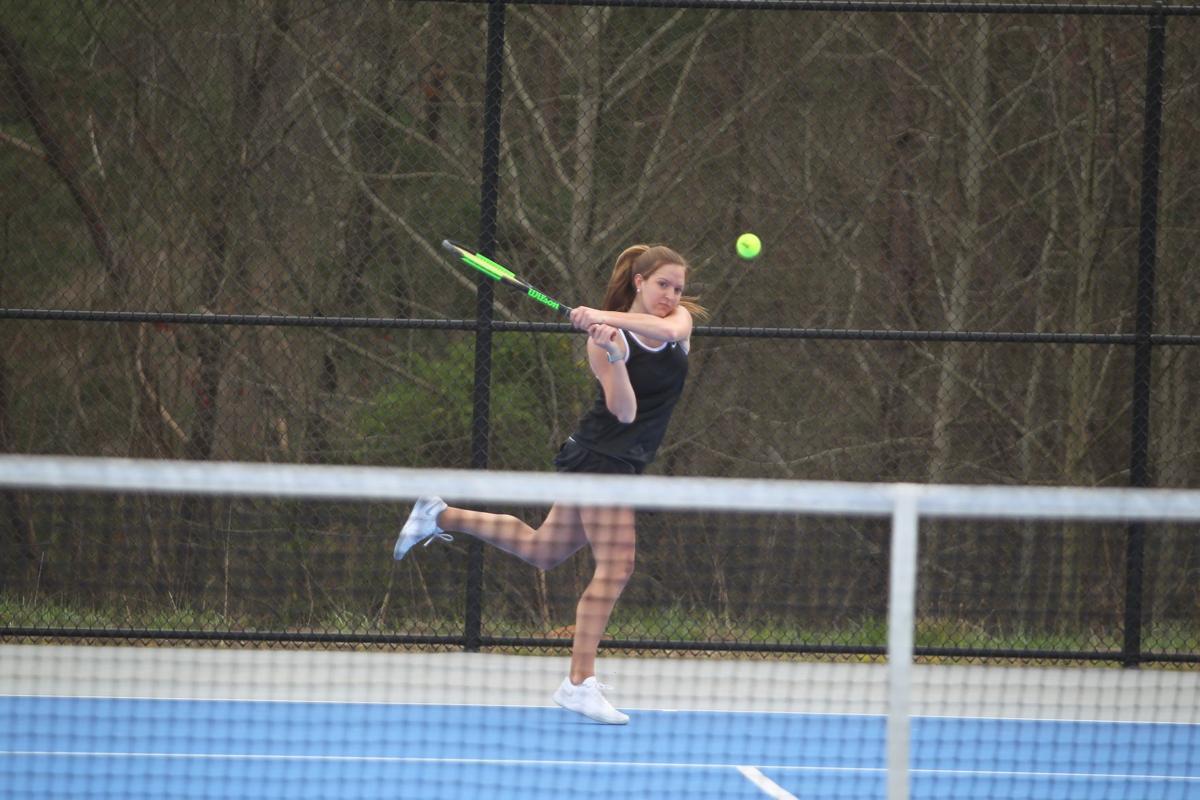 Banks County's Jaden Hoard sends a backhand shot back across the court during her No. 2 singles win over Rabun County's September Stiles on March 12. 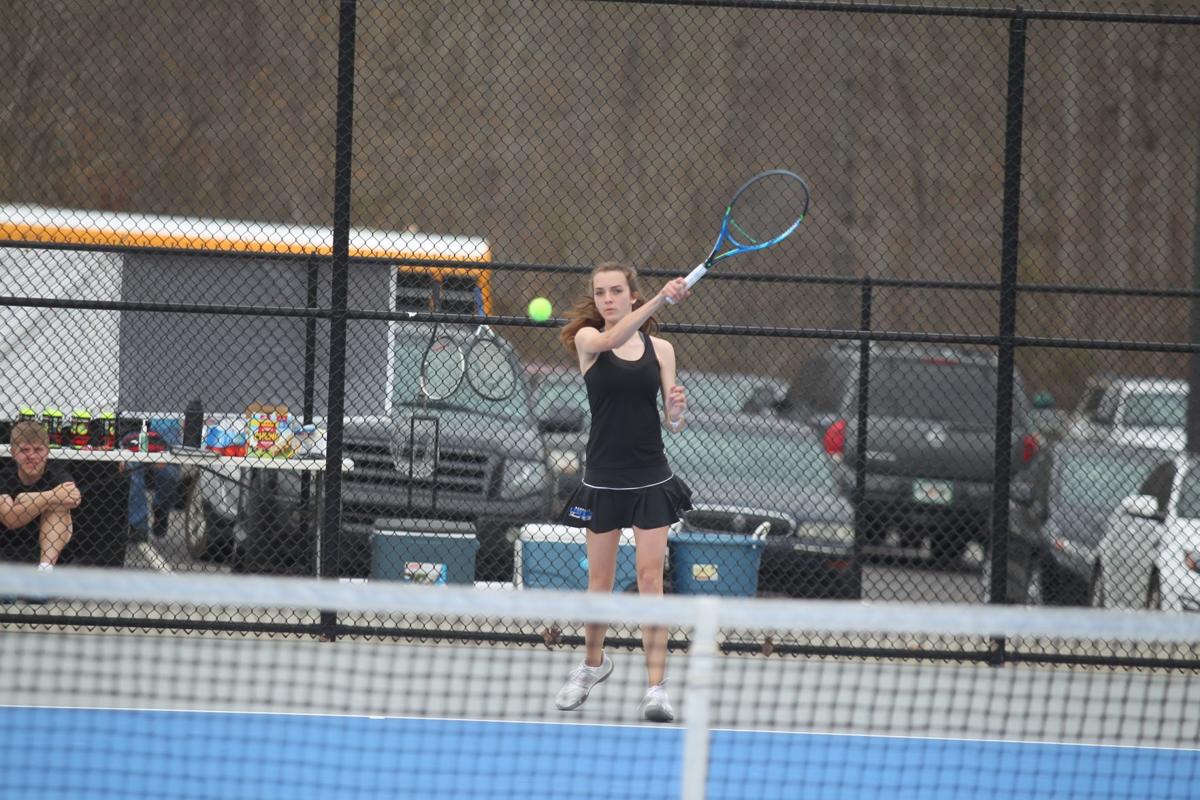 Chloe Smith watches her forehand shot go across the court during her win at No. 1 singles for Banks County on March 12. Smith defeated Rabun County's Jenica Steill 6-2, 6-4.

Banks County's Jaden Hoard sends a backhand shot back across the court during her No. 2 singles win over Rabun County's September Stiles on March 12.

Chloe Smith watches her forehand shot go across the court during her win at No. 1 singles for Banks County on March 12. Smith defeated Rabun County's Jenica Steill 6-2, 6-4.

On March 6, Banks County traveled to Rabun County for a non-region match against the Region 8-AA foe.

The match ended up being the perfect indicator for how the region match would go, and that was in the Leopards' favor.

On March 12, when the two teams met in Homer and with Region 8-AA implications on the line, the Leopards played arguably their best tennis of the season.

Banks County defeated Rabun County 5-0 in both the boys and girls matches as the Leopards head into, at least, a two-week hiatus due to school closing because of the coronavirus (COVID-19). This was Banks County's first region match of the season.

"Rabun County played well against us (March 12)," head coach Natasha Savage said. "The weather conditions were a lot different when we played before. It was very cold and windy. Somehow we seemed to play better in those conditions in some areas. (Rabun County) made a couple of changes in his girls' lineup that proved to help a bit, but we played hard and came out with the win."

The girls won in straight sets at every line over Rabun County led by Chloe Smith's 6-2, 6-4 win over Jenica Steill at No. 1 singles.

Jaden Hoard, playing at No. 2 singles, dropped only four games in her 6-1, 6-3 over September Stiles. Mikayla Beckett rounded out singles play with 6-4, 6-3 win over Ellesen Eubank.

At doubles, the tandem of Aspen Davis and Amber Morris defeated Carley Smith and Natalie Nix 6-4, 6-3. Jill Martinet and Betsy Chambers won at No. 2 doubles 6-2, 6-1.

Pierce Martin and Gabe Caudell dominated at No. 1 and No. 2 singles. Martin and Caudell won their matches 6-1, 6-0, respectively.

"Ronnie Jones was sick and Martin Suggs came in, struggled a little at first," Savage said. "This was his first big match and he was a little nervous. He settled down and beat a very talented kid. Gabe Caudell played through some shoulder soreness. I'm proud of the way they all persevered and won.

"We didn't get rattled. We have talked a lot about mentality this year and playing through adversity. I'm proud of their perseverance."