Sophomore Bradley Lewis continues to help the Leopards increase their region standings. He is shown here during the Elbert game. 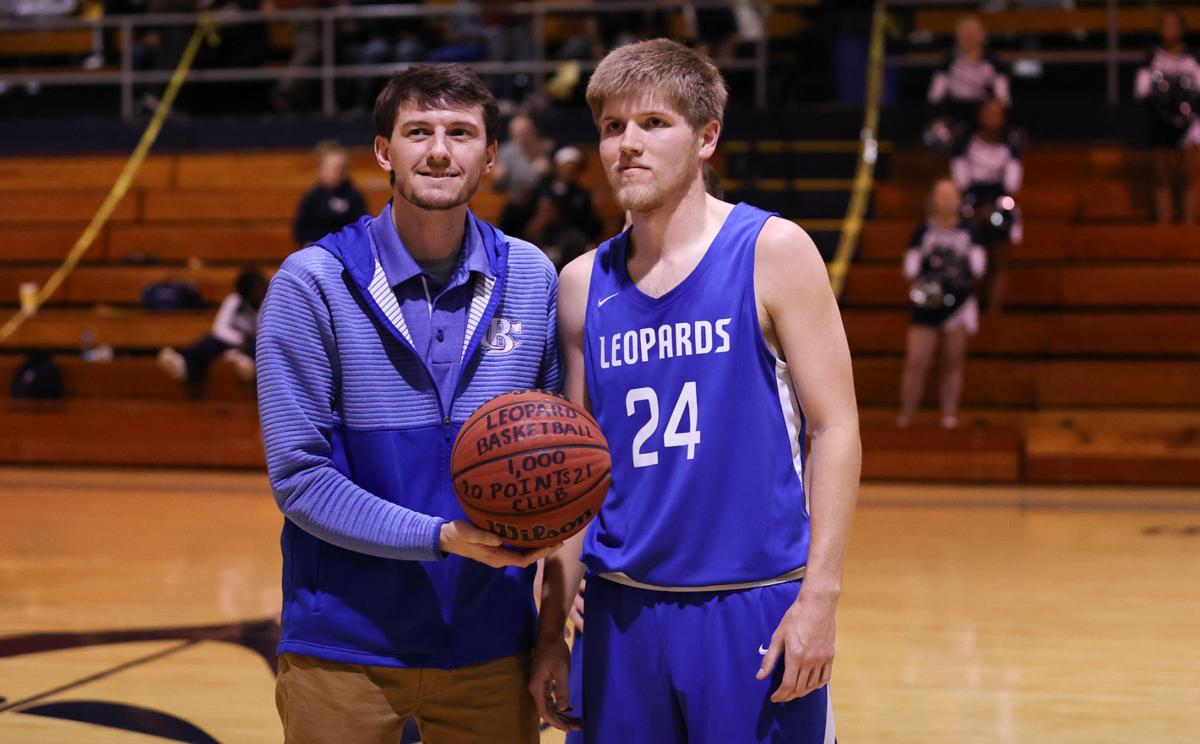 Pierce Martin scored his 1,000 point during the Elbert County game. 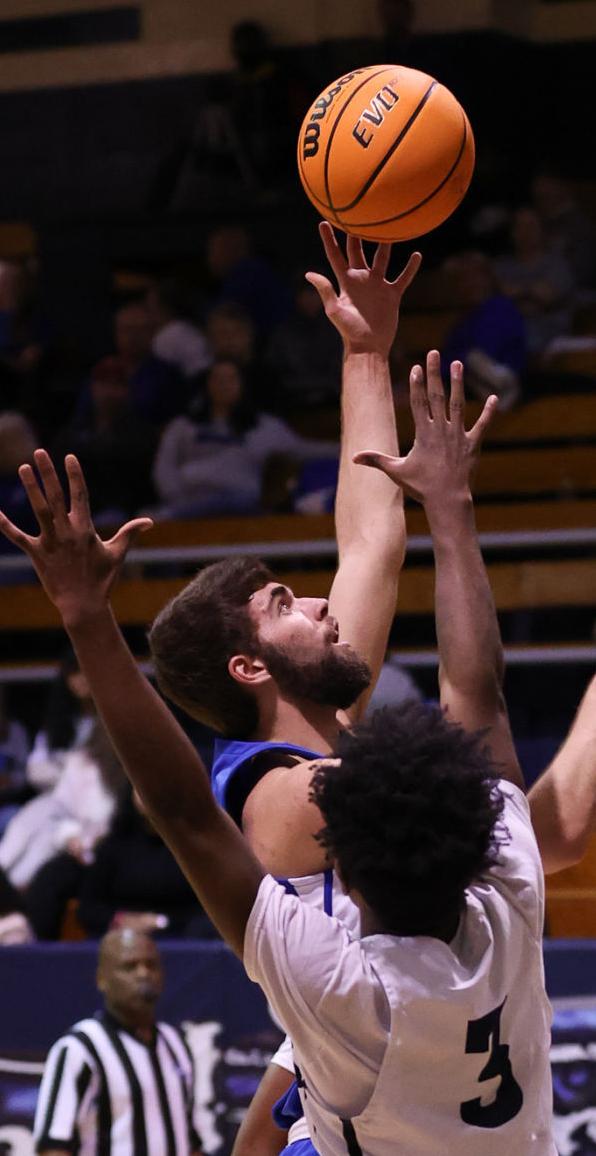 Garrett Presley is shown during the Elbert County game. 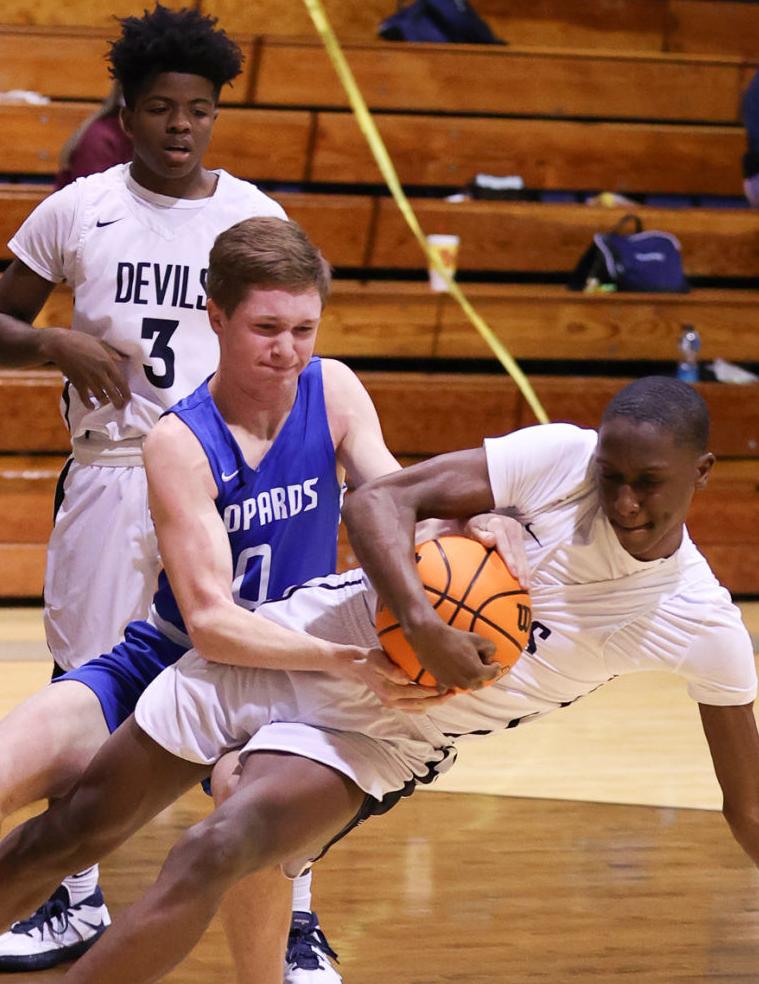 Carter Stroud fights for possession during the Elbert County away game. 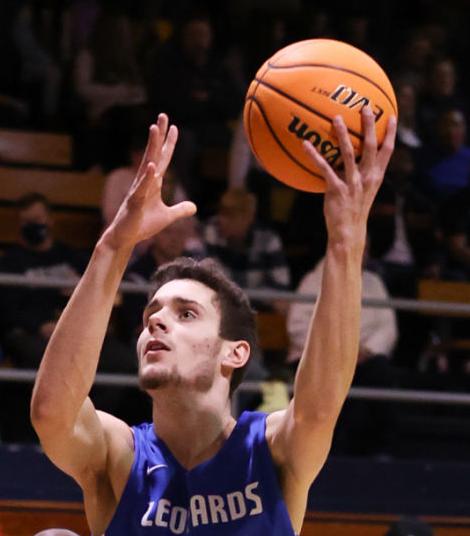 Dakota Orr shown during the Elbert County game with layup. 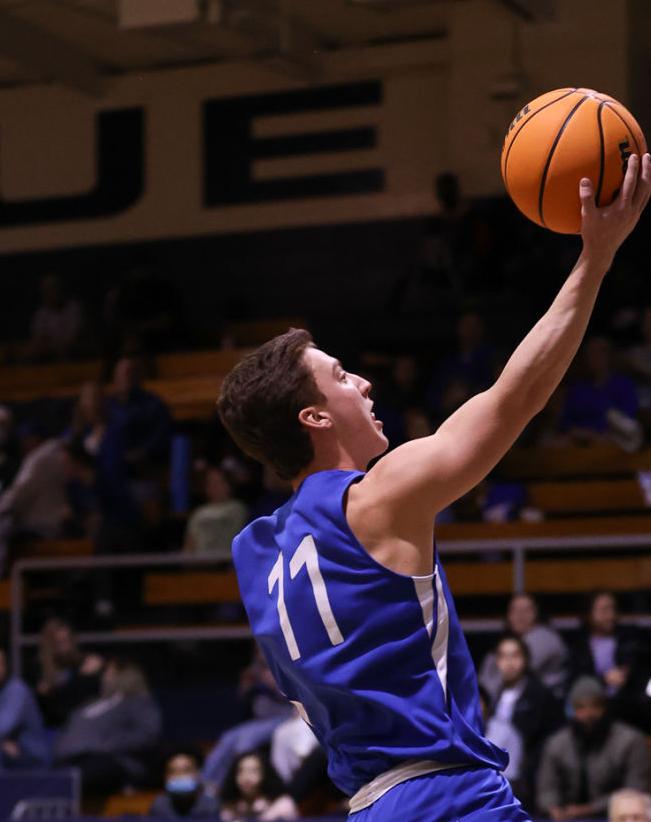 Clay Gosnell, during the Elbert County game, completes a layup for the Leopards.

Sophomore Bradley Lewis continues to help the Leopards increase their region standings. He is shown here during the Elbert game.

Pierce Martin scored his 1,000 point during the Elbert County game.

Garrett Presley is shown during the Elbert County game.

Carter Stroud fights for possession during the Elbert County away game.

Dakota Orr shown during the Elbert County game with layup.

Clay Gosnell, during the Elbert County game, completes a layup for the Leopards.

After a week of three basketball games, the Banks County High School boys team is still ranked #1 in 8AA with a record of 2-1 in the region.

The week started with a big win against Rabun County, 67-47 on January 19. Several players were able to score big for the Leopards during the game. Pierce Martin had 20 points, Garrett Presley had 13 points, Clay Gosnell had 10 points, Dakota Orr had 9 points, Bradley Lewis had 8 points, Tyrese Simmons had 3 and Chase Hatcher, Mason Adams and Carter Stroud each had 2 points.

“This is was a good win for us," Coach Ryan Griffin said. "We have just about everyone on the team score. I believe we played our best during the fourth quarter."

The Leopards scored 21 points in the fourth quarter.

The Leopards then took on Elbert County on January 22 at the Inferno in Elbert County. The atmosphere was intense as both teams were determined to produce the win. The Leopards quickly set the tone during the first and put 17 points on the board compared to Elbert’s 9 points. Banks was well on its way to a win, but Elbert’s restructured defense during the 2nd and their run of three-pointers caught up with the Leopards. The score at halftime was 33-26, Banks leading.

Going in the third quarter, the momentum between both teams shifted every single play, and it became a back and forth contest. The third quarter had a huge milestone for Pierce Martin as he was able to join the 1,000 point club for the Leopards as the game halted with a score of 52-50.

The game resumed, and so did the intensity. The game went into the first overtime with a score of 67-67. During the second time, Banks County lost Orr, the leading rebounder for the team, due to five fouls, and the Elbert County Blue Devils pulled out the win 85-89.

Coach Griffin said the game was “like watching a movie being played out with a terrible ending.”

“It was one of the most exciting games I have ever been a part of, especially watching Martin get his 1,000 points," he said. "Clay hit two big shots for us, Dakota Ivey and Tyrese Simmons came off the bench and helped us too."

Griffin also adds that Elbert is a great team, and playing at their territory is tough, but he was incredibly proud of the team for playing hard the whole game.

The team also played East Jackson on Saturday and won with a score of 62-53. Top scorers include Gosnell with 17 points, Presley with 15 points, Lewis with 8 points, Pierce with 7 points and Orr with 6 points.

Senior Dakota Orr, Chase Hatcher and Tyrese Simmons stated that this year’s team has all the potential to win the region title.

“How we win games helps set the tone," said the team’s leading rebounder, Dakota Orr. "We are looking for a region championship and a deep run for state."

Hatcher added that having so many seniors on the team has given them leadership roles, especially when setting the standards for the underclassmen. Hatcher is not only an honor graduate but looking to attend UGA in the fall.

Newcomer Tyrese Simmons, who previously played at East Hall, has become more than just a team member. He has become one of the players that Coach Griffin relies on when he needs some action off the bench.

“Banks is like a family atmosphere, there is no arguing, and we are all like a big family’, said Simmons.

Banks County boys will still have to face Union and Rabun this week to maintain their #1 ranking. The team takes on Union this week, Jan. 26, in Blairsville.