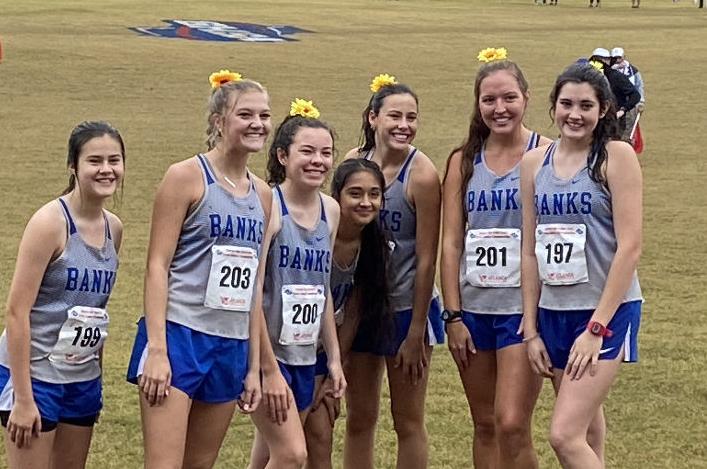 The Banks County girls cross country team is shown at the state track meet. The girls placed 11th at the track meet. 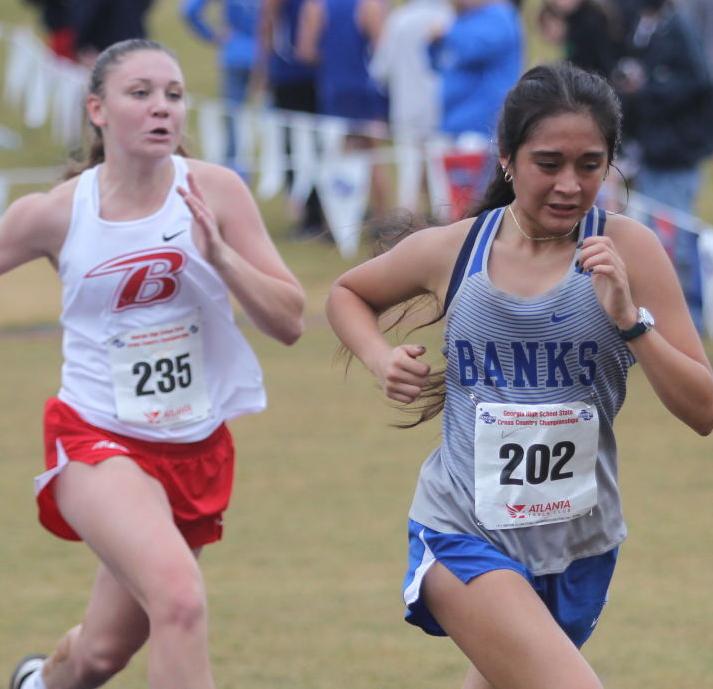 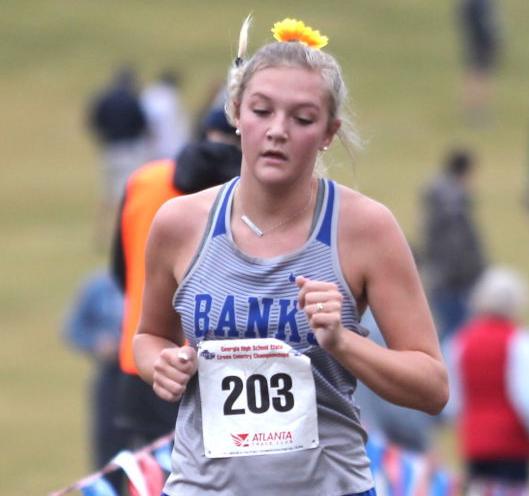 The Banks County girls cross country team is shown at the state track meet. The girls placed 11th at the track meet.

For the fifth consecutive year, the boys cross country made it to the podium with a third-place finish. Both teams did very well at the state championship this past Saturday.

With a hard-fought effort through rain and mud, the boys were led by Buck Ledford, who finished 5th overall. His fifth-place finish placed him on the all-state team.

Coach Foster stated, “It was tactically speaking one of the best runs by a Banks County Leopard since I became part of this team 9 years ago."

“It was a fantastic showing by the boys," Coach Foster said. "We were without Nic Cotton due to illness, but I was very proud of them. Being such a young group with no seniors and only 1 junior, they ran like experienced veterans in what was were tough conditions for most runners."

“The girls had worse conditions than the boys, with lots of mud, we saw a lot of athletes fall," the coach said. "They ran hard and competed tough. The girls were down two from the usual lineup, but they up made it for it by being determined and running hard."

Reflecting on the end of the season for the cross country team, Coach Foster believes that this state competition was the hardest he has ever coached.

“They showed confidence and calm under pressure and exceeded expectations despite adverse conditions,” he said.

Cross country will return next season loaded with talent and remain one of the toughest teams to beat in the AA region.