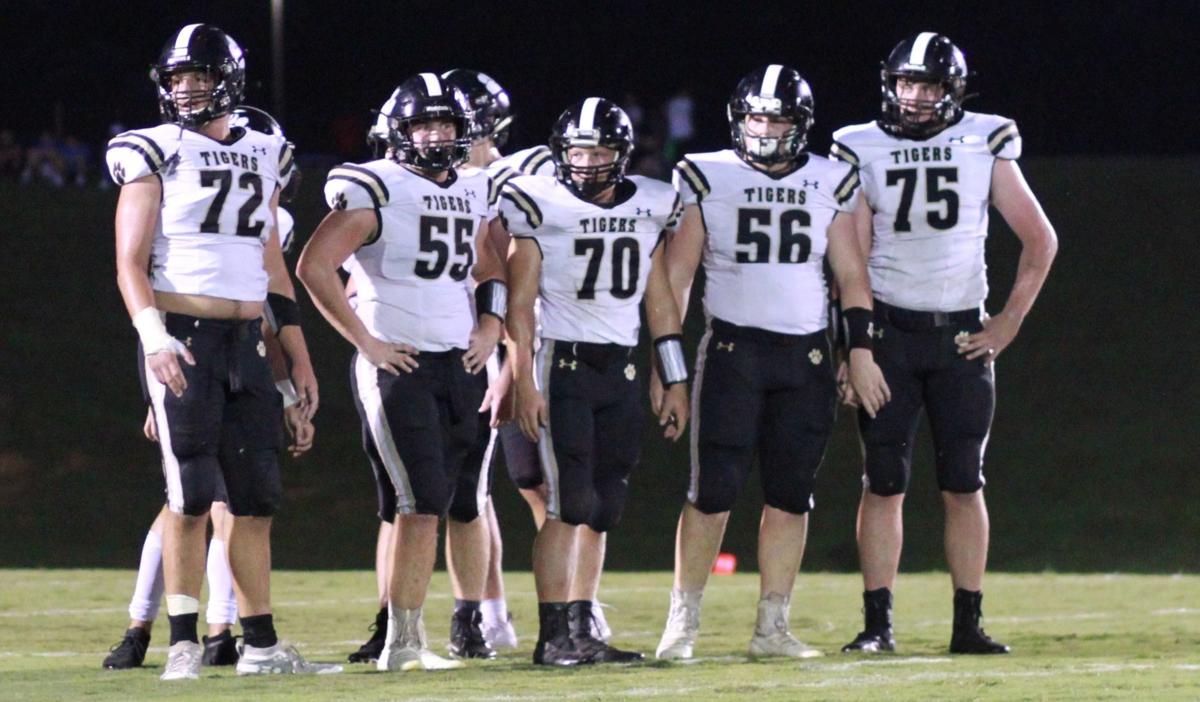 The Commerce offensive line has paved the way for a Tiger rushing attack that is averaging 326 yards on the ground this season. 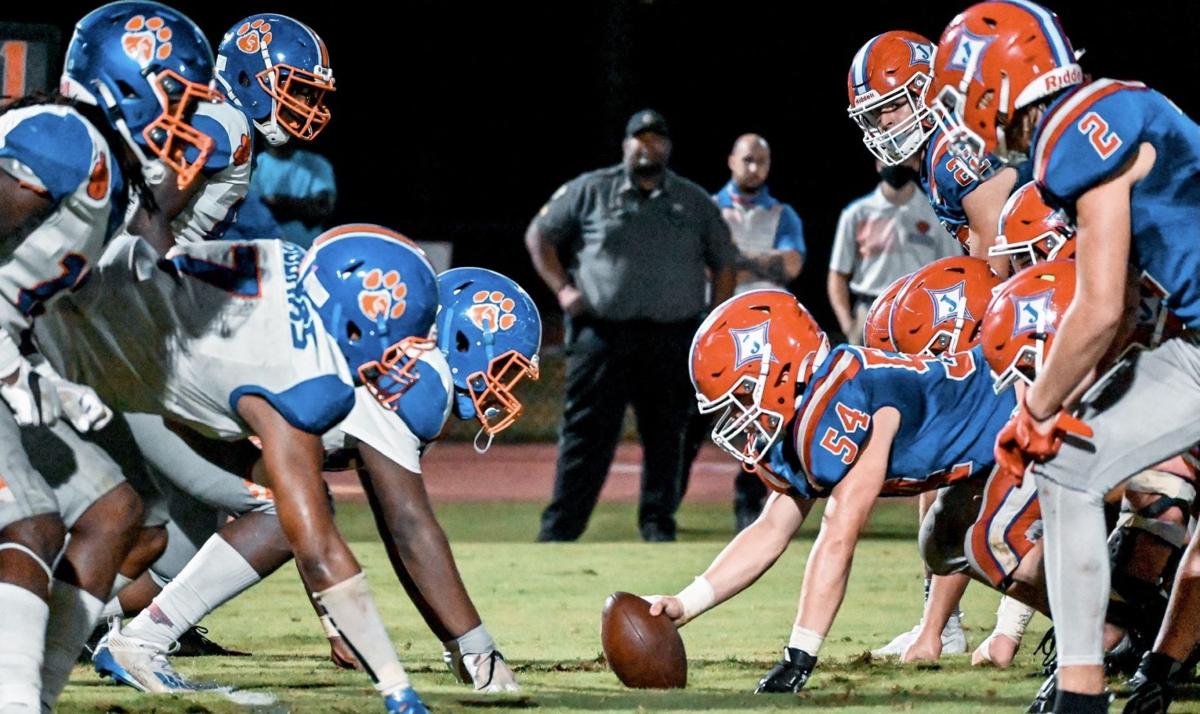 Jefferson's offensive front has allowed the Dragons to average over 40 points and 321 yards rushing this season.

The Commerce offensive line has paved the way for a Tiger rushing attack that is averaging 326 yards on the ground this season.

Jefferson's offensive front has allowed the Dragons to average over 40 points and 321 yards rushing this season.

The Commerce and Jefferson football teams are both ranked in the top four of their respective classifications with high-scoring triple-options offenses. It’s no coincidence that those offensive lines are clicking right long, too, at this point in the season.

Commerce (6-1), ranked No. 4 in Class A-Public, is averaging 38 points 326 rushing yards per game behind the Tigers’ offensive front.

Meanwhile, Jefferson (7-0), ranked No. 2 in Class AAAA, is putting up 40.8 points per game and 321 rushing yards per contest (not including the team’s forfeit win) behind its offensive line.

“They don’t say a whole lot,” said Brown, a former offensive lineman himself at Commerce. “They just go to work every day, and work hard in the weight room. They’re playing about as good as we’ve had around here in a long time right now.”

Likewise, Jefferson coach Gene Cathcart said his offensive line has been playing “extremely well” through the first two months of the season.

“Coach Matt Stephenson has done a great job with them,” Cathcart said, “and they are as physical as any offensive line that I’ve been around.”

For Commerce, it began its season by shifting its multi-year starter at center, Payton Freeman (a pre-season all-state selection) to right guard and inserting Lambdin Hardy at center to bolster the overall strength of the line.

Commerce has since rolled with Hardy at center, Freeman at right guard, Mason Gaddis at left guard, Bo Childers at right tackle, William Suber at left tackle, David King at one tight end spot and Wesley Stilley at the other tight end spot.

Brown said expectations were high for this group entering the season. So far, it has delivered.

“I thought we had kind of slow start against Banks County,” he said. “Ever since week one, we’ve been playing pretty good football.”

Meanwhile, Jefferson had to replace an all-state center in Mason Ware, who graduated last year. But Dylan Ryoul has fit into that role with Colton Steele, Colton Dufrense, Bryan Habeck and Cole Patterson rounding out the rest of the Dragon offensive line.

While not the largest group around, those players sync well with one another.

“They do such a great job of running what we do,” Cathcart said. “They do a great job of getting on linebackers. We haven’t thrown the ball a tremendous amount, but they’ve protected (quarterback) Malaki (Starks) very well … They’re the reason we’re averaging right at 40 points a game, and we’re undefeated.”

But it’s not just the frontline players Cathcart is excited about. The coach pointed to a group that includes Bryson Hill, Michael Holcomb, Jamarcus Hill, Zach Combs, Brennan Carter, Connor Welborn, Will Weathers, Hayden Dial and Riley Rainey, several of which are still underclassmen and being groomed on the junior varsity for future Friday nights..

“I feel really good about the continuity we have on our line of scrimmage,” Cathcart said.

Cathcart talked about the skills needed to play offensive line in a triple-option scheme, which include quickness and having the ability to run and be athletic.

“They’re not your traditional road graders,” Cathcart said of his linemen group. “ … They are very physical, but they can also move very well.”

Those linemen also have the challenge of rarely see film of an opposing defense defending a triple-option offense, since the scheme is somewhat rare in today’s game.

“There’s just a tremendous amount of rules and applications of those rules to different fronts,” Brown said. “It’s a thinking-man’s game on the line of scrimmage for us.”

Brown added that each of the Tigers’ starting linemen are also strong students.

While the play of the offensive front is crucial to Commerce each Friday night, the Tigers will certain lean on that group as they close out region play over the next three weeks. That slate includes games with Social Circle, No. 8-ranked Washington-Wilkes and traditional power Lincoln County.

“They’re going to have to have their best games, and we’ve talked about this,” Brown said. “Our best game needs to be ahead of us because our toughest games are ahead of us. They understand that … We just want to focus on getting better each day and each week.”

For Jefferson, Cathcart said the physical and selfless play of the guys up front is inspiring.

“There’s a whole lot to be said for just really athletic, tough, strong kids who are really married up with what they’re being asked to do,” Cathcart said. “That goes a really long way.”