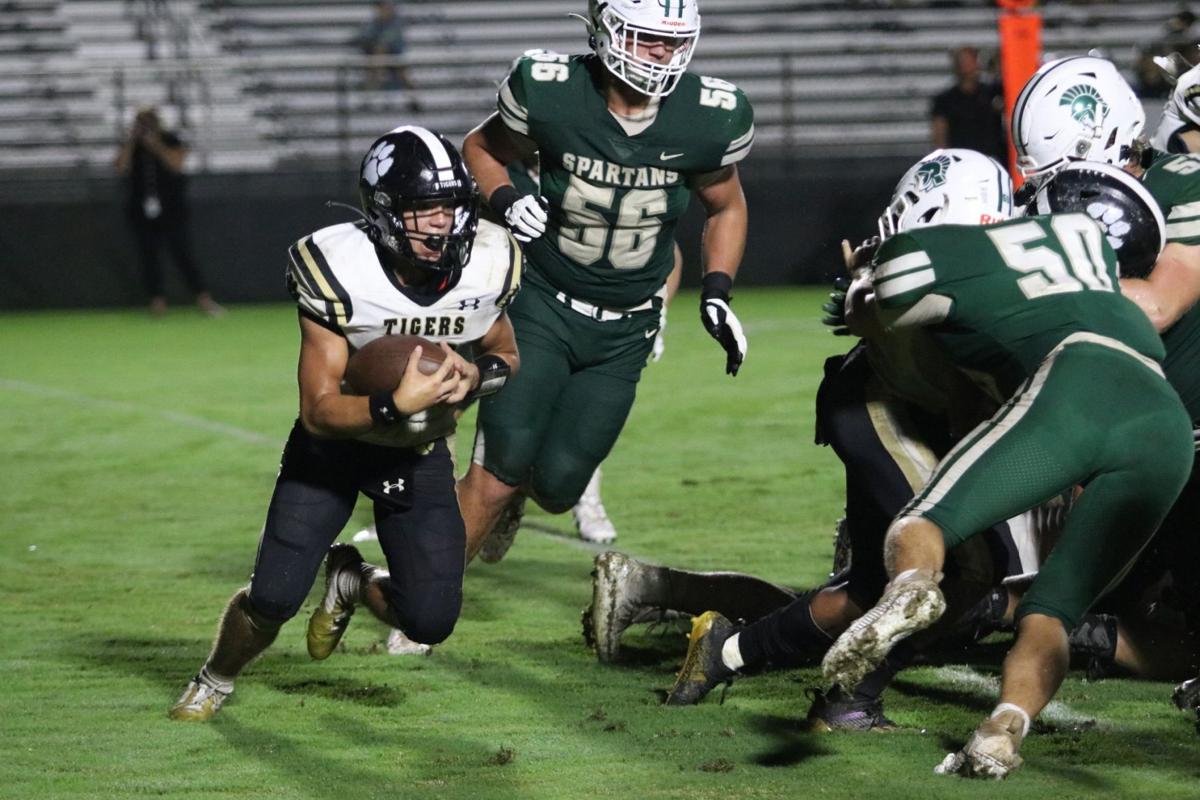 Commerce's Trey Huff carries the ball on an option play Friday (Sept. 19) in the Tigers' 24-7 loss to Athens Academy. 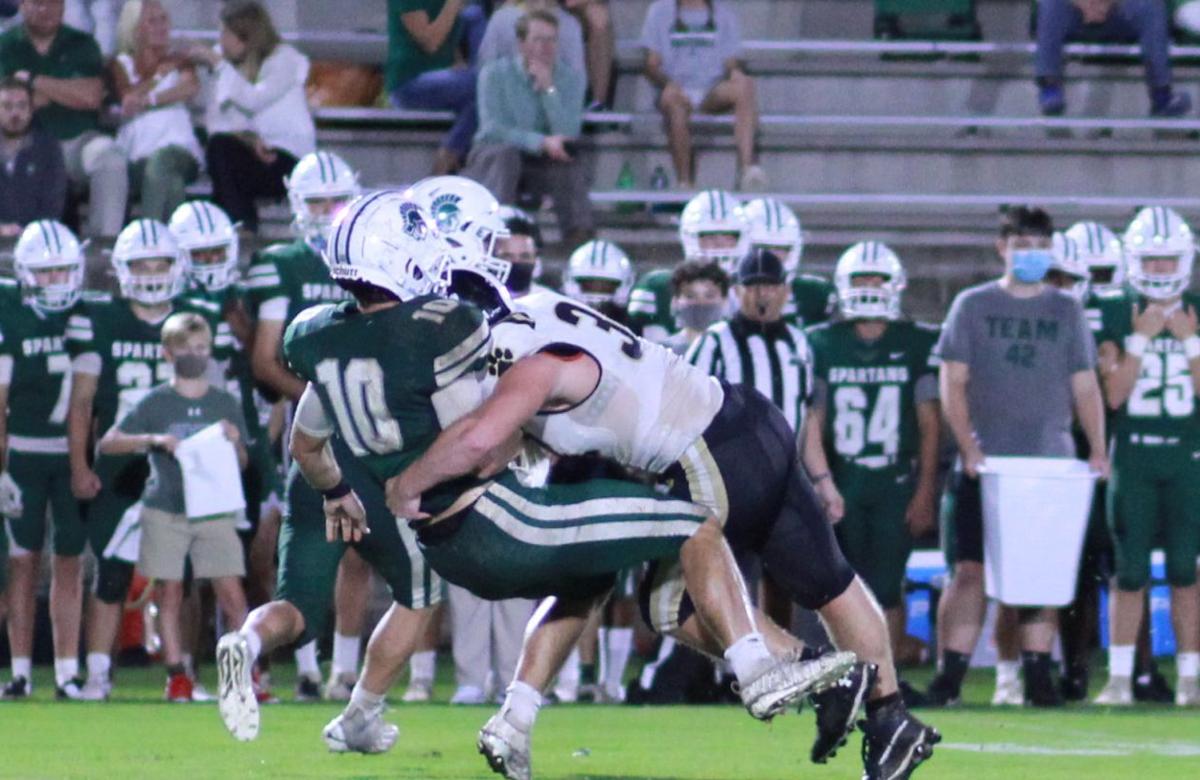 Commerce's Trey Huff carries the ball on an option play Friday (Sept. 19) in the Tigers' 24-7 loss to Athens Academy.

The entire state knows that the ball tends to head in the direction of number 18 for Athens Academy. The Spartans used Senior Deion Colzie to set the tone on Friday night.

The first offensive play was drawn up for him.

He delivered a 54-yard catch over a defender and a roar toward the Athens Academy sideline. Colzie snagged four catches for 111 yards and a touchdown in the first half alone. After that, there was little doubt.

The Spartans rolled to a 24-7 win over Commerce High School.

Colzie ended the game with seven catches for 141 yards and the touchdown, while Charlie Chisolm carried 21 times for 92 yards and a touchdown.

The Spartans were able to keep the Tigers’ triple option under control most of the night. The Tigers’ lone touchdown was a kickoff returned for a touchdown by freshman Sammy Brown.

The Spartans held the Tigers to 67 total yards. The Spartans' passing game was effective. Palmer Bush went 18 of 26 for 239 yards and two touchdowns. Bush also ran for 50 yards.

The match up with Commerce had been a Region 8A Private contest in recent years. After the realignment, the Spartans and Tigers are now in separate classifications for region play with CHS now in 1A Public.

Athens Academy coach Josh Alexander felt it was a game worth playing. It’s been a highly contested one. With Friday’s win the Spartans tied the series at 14-14. The Tigers and Spartans have a healthy rivalry and when the game is done, both teams have improved. That was the case on Friday night for the Spartans.

“This game every year is fun,” Alexander said. “They’ve been playing this game for a long time. It needs to be played. It’s a great little rivalry. It’s clean, it’s fun and the coaches on Commerce’s staff are just great men. We just like playing it. It makes us better. They’re physical. This is the most physical team we play.”

Commerce moves on to host Elbert County next week (Sept. 25).