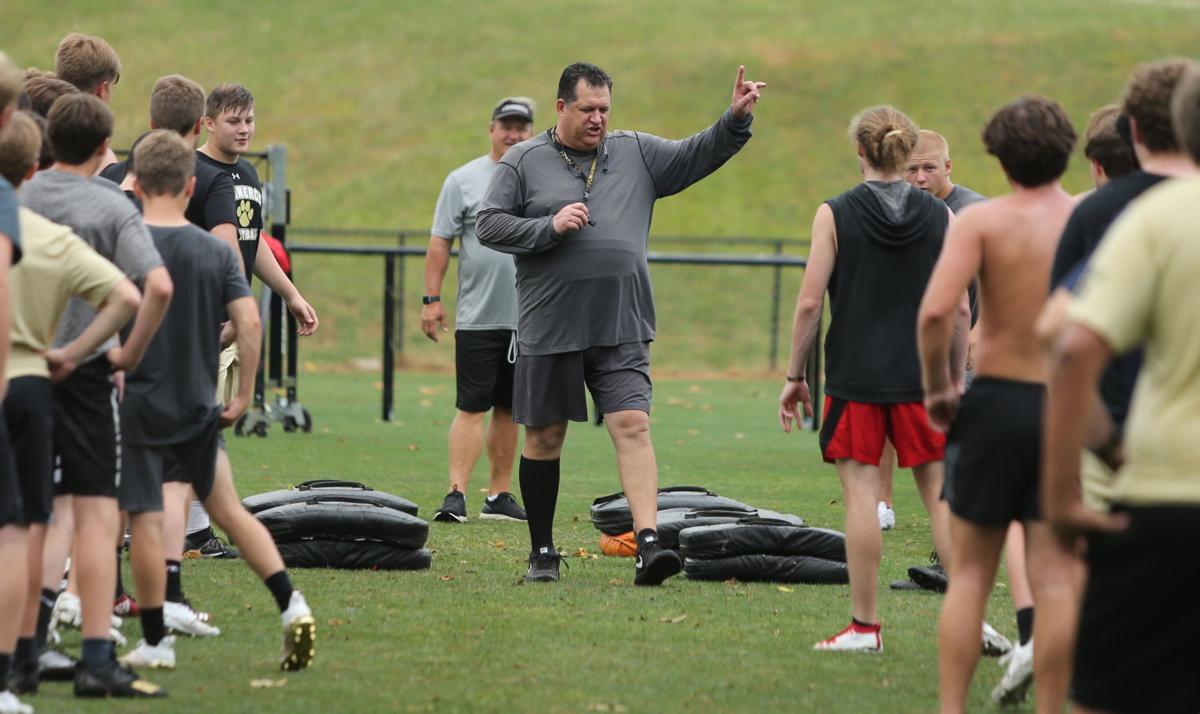 New Commerce football coach Mark Hollars calls out instructions during a Monday (June 7) conditioning session. Hollars is getting started with 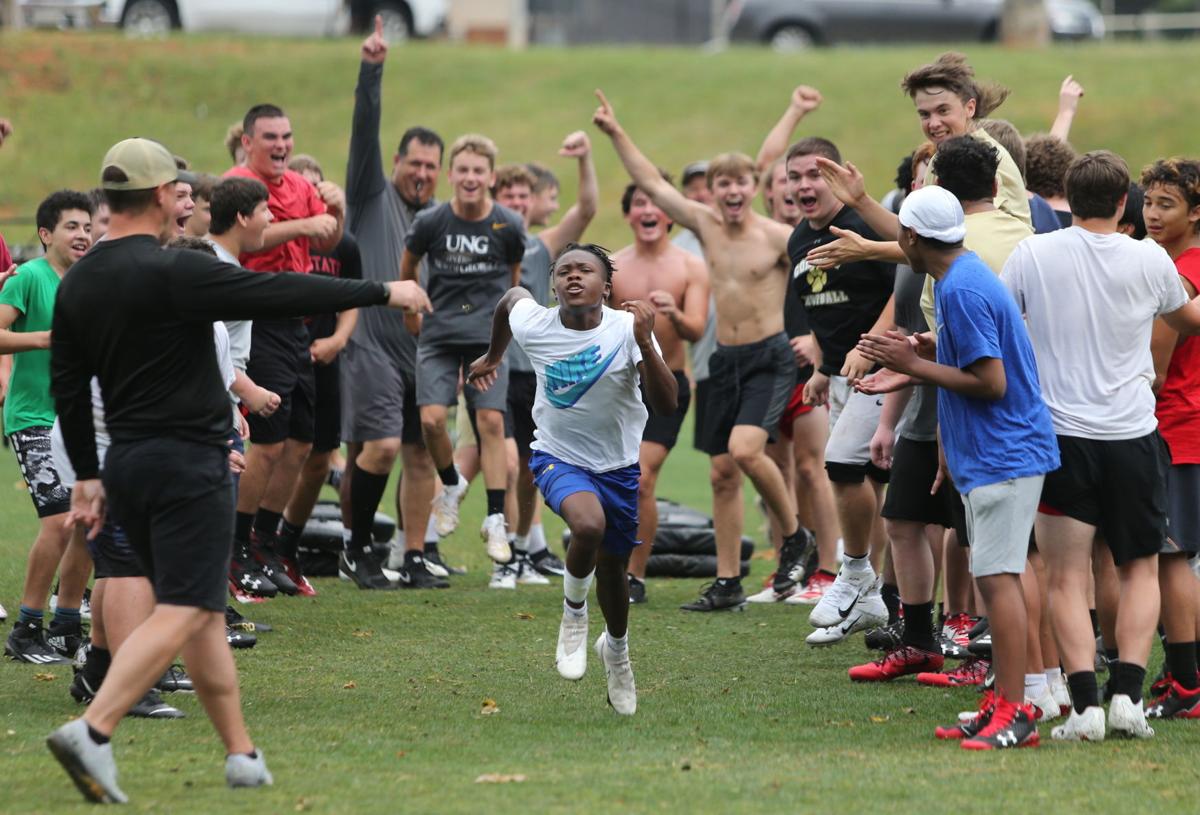 New Commerce football coach Mark Hollars calls out instructions during a Monday (June 7) conditioning session. Hollars is getting started with

With no spring practice last month and a new coach in place, the summer football slate has taken on a whole new weight at Commerce.

On top of the usual strength work and conditioning, Commerce is having to make up time for lost with its X’s and O’s. The Tigers did not hold spring practice in May due to a high number of athletes involved in spring sports, so the installation of Hollars’ schemes is a major component of Commerce’s summer.

“Not that we wouldn’t do that normally, but that component becomes a lot more important in the summer because we didn’t have those 10 days in the spring,” said Hollars, who was hired in April after spending the past five seasons turning North Cobb Christian into a winner.

Commerce is settling in under Hollars after eight seasons with Michael Brown, who resigned in March for an assistant coaching job at Jefferson. Hollars, who runs a triple-option offense very similar to the one Commerce employed under Brown, said his team has already gotten a head start on the playbook.

“The kids have come in and watched film,” he said. “They’ve been listening and getting on the board, and now, in the summer, we’ll put it in and try and make it happen.”

Meanwhile, the Tigers have a full practice field this summer with approximately 80 players participating in workouts.

So far, Hollars said he’s witnessed hard work and energy out of that group, something that’s made this early part of the transition easier.

“That’s the first thing that jumps out at me,” he said. “There’s a culture here and a tradition at Commerce where hard work is a big part of the culture, and the kids have done that … When you’ve got kids that work hard, that gives you energy as a coach.”

Hollars is getting situated in the area, too. He and his family are on the verge of buying a home.

“We’ve found a place,” the 52-year-old Ohio native said. “We’re supposed to close on our home this week, Lord willing, and that will be a relief.”

As he and the team continue their transition, Hollars praised the “commitment to excellence” he’s seen in these early stages from both the coaches and players.

“I really appreciate both groups,” he said. “It’s a great community.”

Commerce, which is coming off an 11-2 season, opens the season Aug. 20 at home against Banks County.