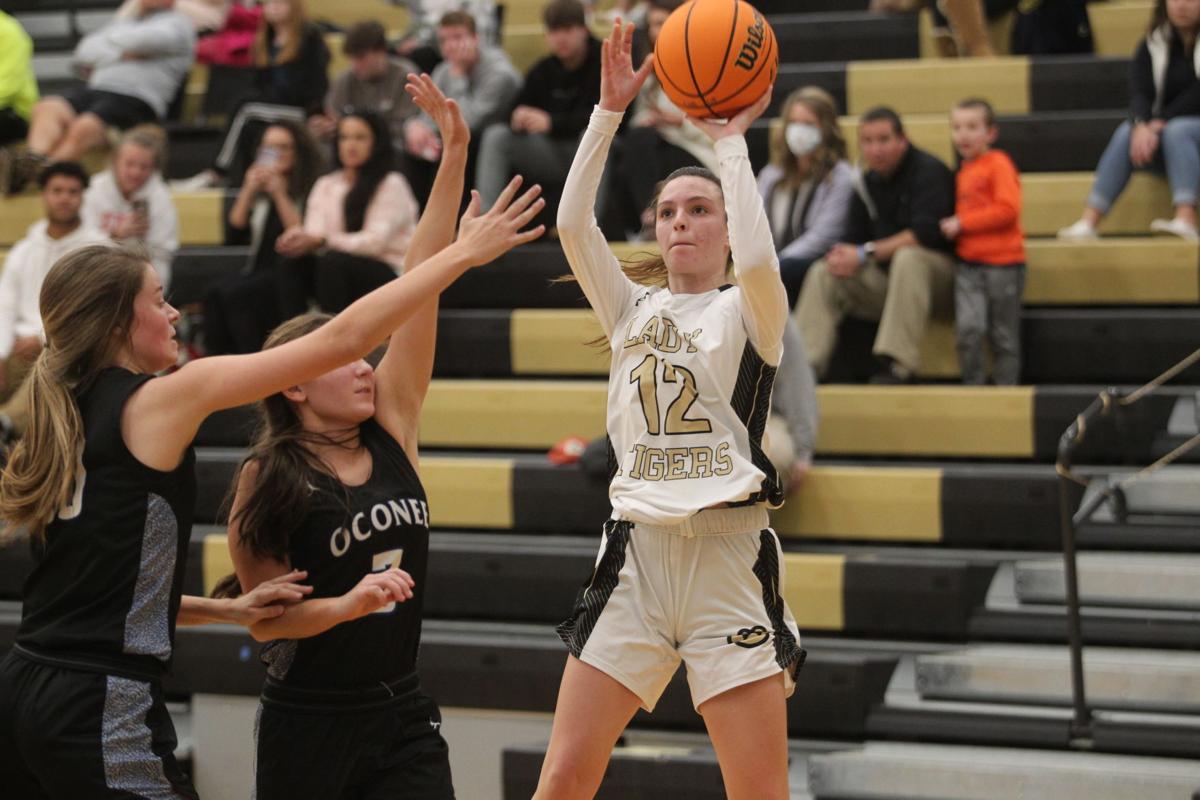 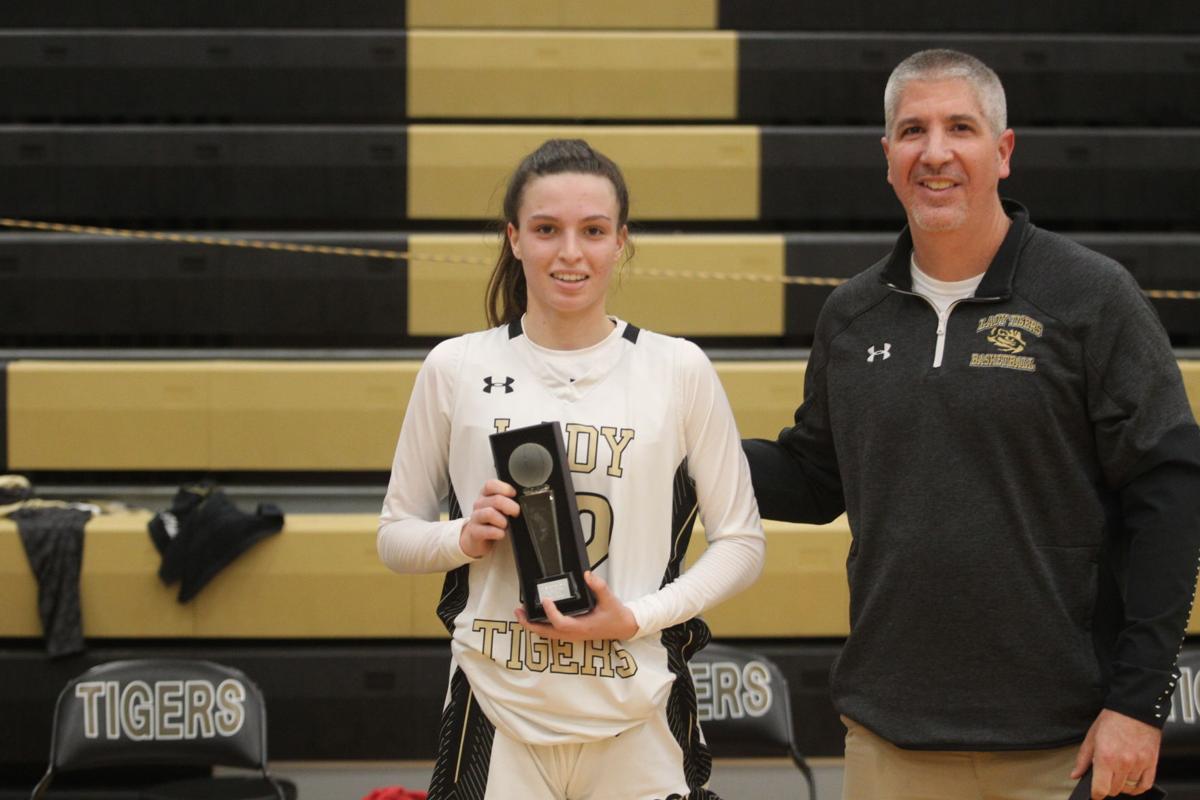 Commerce senior Bryanna Sanders was honored with a plaque commemorating her 1,000th career point. She reached the milestone Dec. 8 in the Tigers' 48-23 win over Oconee County.

Commerce senior Bryanna Sanders was honored with a plaque commemorating her 1,000th career point. She reached the milestone Dec. 8 in the Tigers' 48-23 win over Oconee County.

Puckett pointed to his team’s strong first half effort, which gave it a 22-point lead at halftime.

It was a milestone evening for senior Bryanna Sanders, who reached the 1,000-point mark when she knocked down a fourth-quarter 3-pointer. She finished with 17 points to lead Commerce, and Lauren Massey added 12 points as the Tigers picked up their second-straight victory.

Commerce inflicted most of its damage in its big first half. Massey hit three 3-pointers in the first quarter as the Tigers took a 19-7 edge heading into the second quarter.

It was Sanders’ turn in the second quarter as she poured in 10 points during the period, finishing with 14 points by halftime as the Tigers took a commanding 34-12 lead at the break.

But Commerce only outscored Oconee County 14-11 in the second half.

“Unfortunately, we did not come out ready to play in the second half,” Puckett said. “Something we’re going to stress to them tomorrow is for us to be a contender for the region championship, which is one of our goals, and have a deep run in the playoffs, we’ve got to play four quarters. We got away tonight with just playing really hard in the first half. The second half we came out flat, and that’s not acceptable.”

The highlight of the second half came when Sanders buried an open 3-pointer from the corner with just over seven minutes left — giving her team a 45-20 lead — to reach the 1,000-point mark. Puckett called timeout to honor the moment.

“I couldn’t be happier for her,” Puckett said.

The coach said the 1,000-point mark had been "hanging over" Sanders heavily.

Which Sanders did. Puckett noted that the guard didn’t take a shot during the first several possessions of the game, feeding it to other scorers instead.

“She really played team ball tonight, and because of that, it started opening up the outside for her,” Puckett said.

Puckett added that he was “very honored and proud” to be part of Sanders’ basketball career.

Commerce will face Oconee County again on Thursday (6 p.m.), playing the Warriors on the road.

Puckett said his team can’t afford to play like it did in the second half of Tuesday's game in the upcoming rematch.

“I reminded them that we play Oconee County two days from now … I said, ‘It’s going to be at their place. They’re bigger than us … They’re not going to roll over and let you come in here and let you do that again.’”