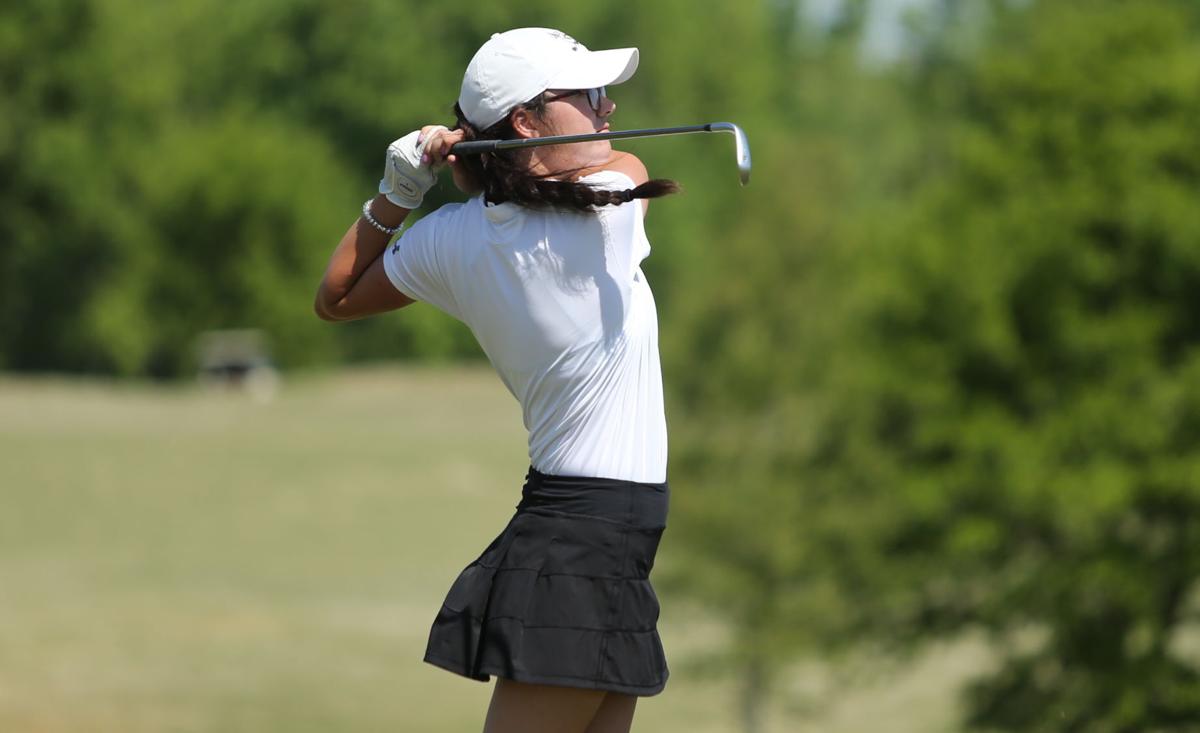 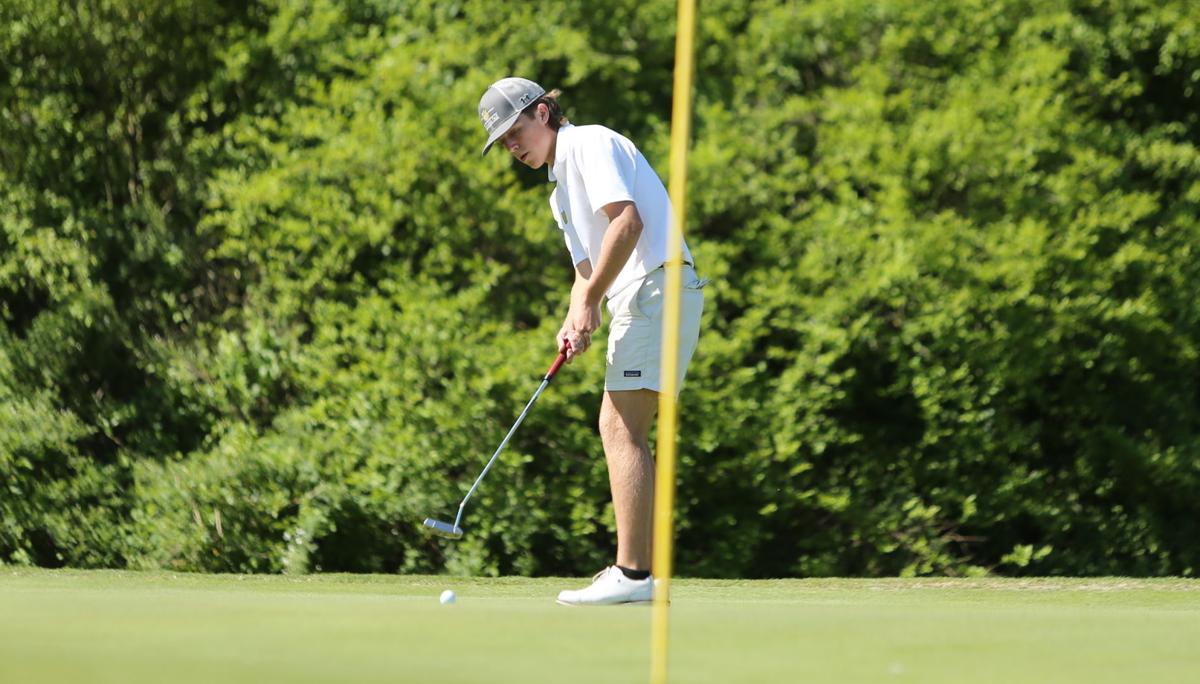 Commerce's Henry Sharpton rolls a putt toward the cup Monday in the area tournament. Sharpton shot a 75 to lead the Tigers to a third-place finish, which qualified the team for the state tournament.

Commerce's Henry Sharpton rolls a putt toward the cup Monday in the area tournament. Sharpton shot a 75 to lead the Tigers to a third-place finish, which qualified the team for the state tournament.

Both the Commerce girls’ and boys’ golf teams played their way into the state tournament with second and third-place finishes, respectively, at Monday’s (April 19) area tournament Double Oaks Goal Club.

The girls’ and boys’ Class A-Public state tournaments are both slated for May 17-18 at The National Course at Reynolds Lake Oconee.

Cameron Ford led the Tigers with a round of 76, finishing third overall, and Kristin Tash shot an 80.

“I am extremely proud of each of the girls and how they played (Monday),” Commerce girls’ coach Hannah McRee said. “We had tough competition, but my girls played just as good.”

“Beating those two teams meat a lot for us today, because we have come a long way to shoot 345,” Commerce coach Matthew Lund said.

Henry Sharpton shot a 75 to lead the Tigers, who qualified for the state tournament for the ninth consecutive year. Lund said that while Sharpton missed several greens in regulation, he scored well by getting up-and-down on multiple holes.

“He really did a great job of grinding (Monday),” Lund said.

Sharpton finished his round with a pair of birdies. Lund called Sharpton “an absolute workhorse" for the team.

Following Sharpton were Landon Worley, who added an 86, and Lane Rumbaugh shot a career-low 89 in what’s been a strong second half of the season for the junior.

“He’s really come along in the last month,” Lund said of Rumbaugh, who has been working with a professional teacher, according to Lund.

Jordan Pritchett rounded out the Tigers’ scoring with a 95.

Lund, who has been Commerce’s coach for eight years, said he’s proud of the team extending the program’s streak of consecutive state tournaments to nine.

“That’s really good,” he said. “That’s something I’ve been very fortunate with since I took over. I have kids that are willing to put in the time … and guys who just love being on the team.”