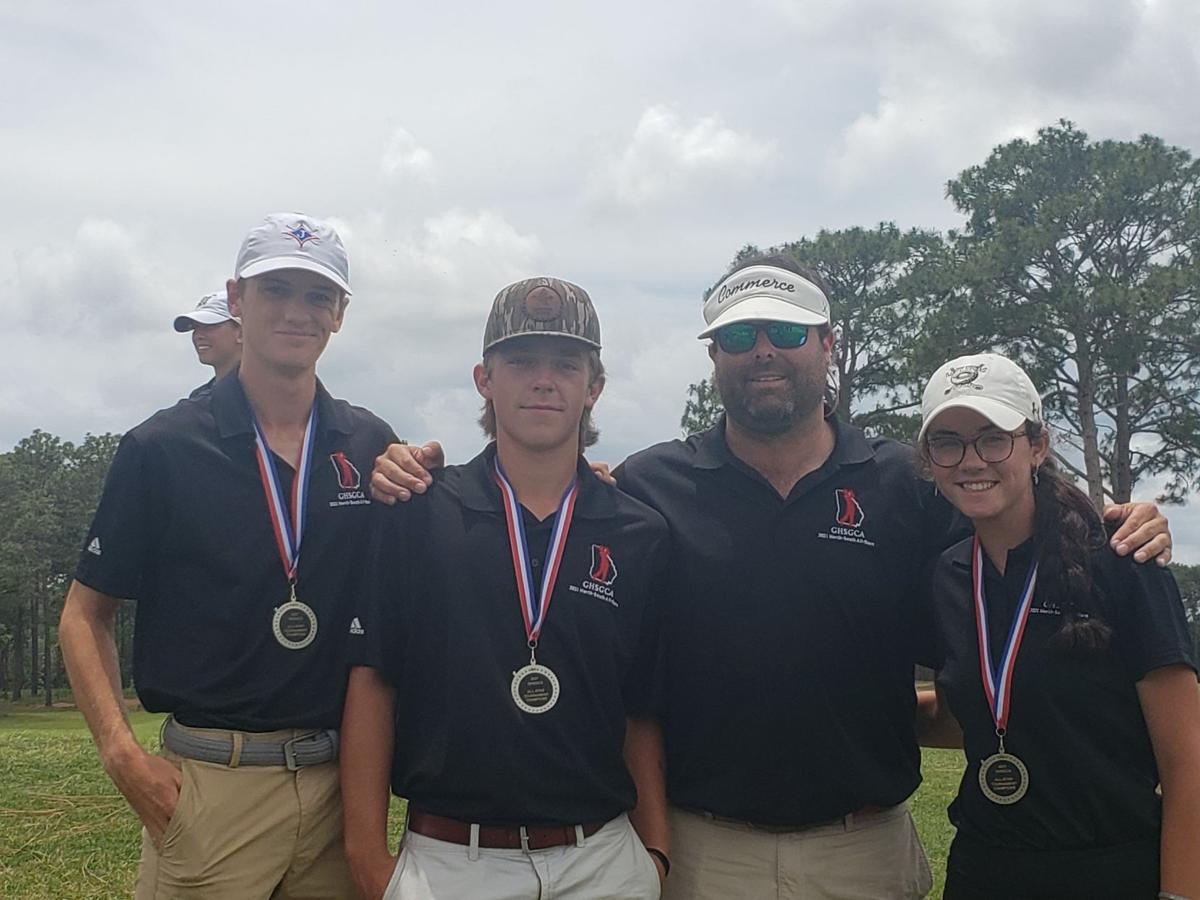 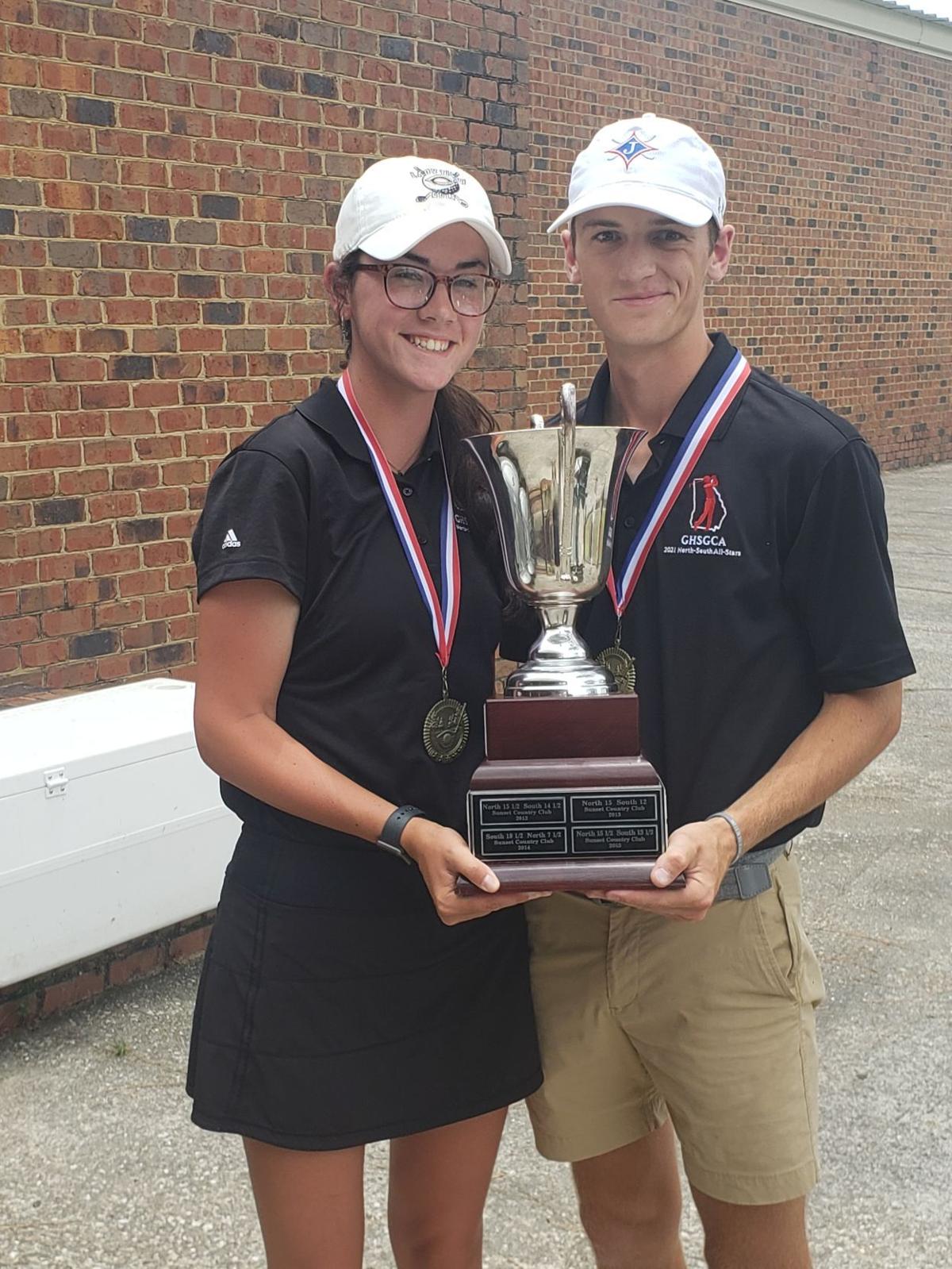 Commerce's Cameron Ford (left) and Jefferson's Micah Webb played together in a pairs match on Wednesday (June 2) at the North-South all-star tournament, winning their match 2 and 1. 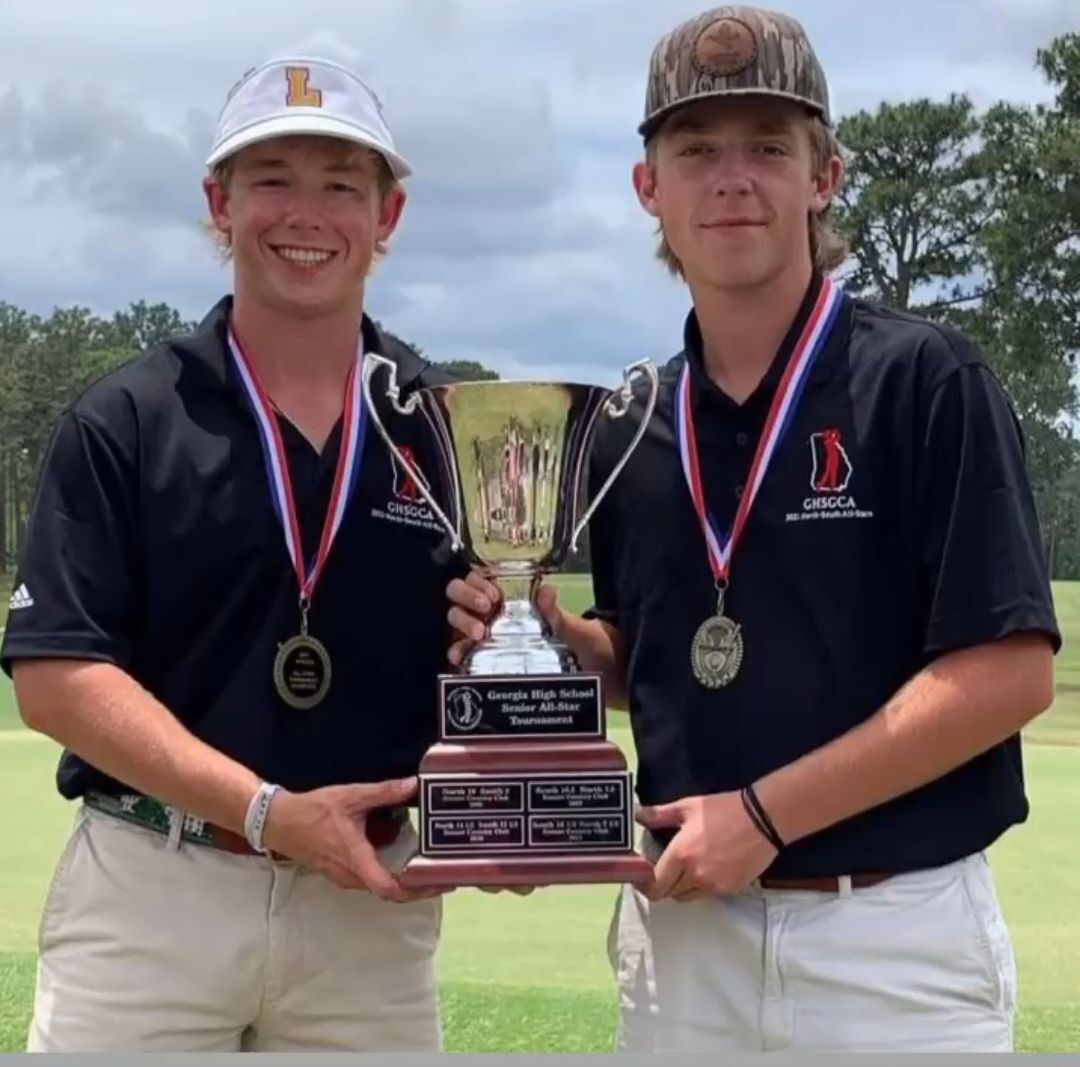 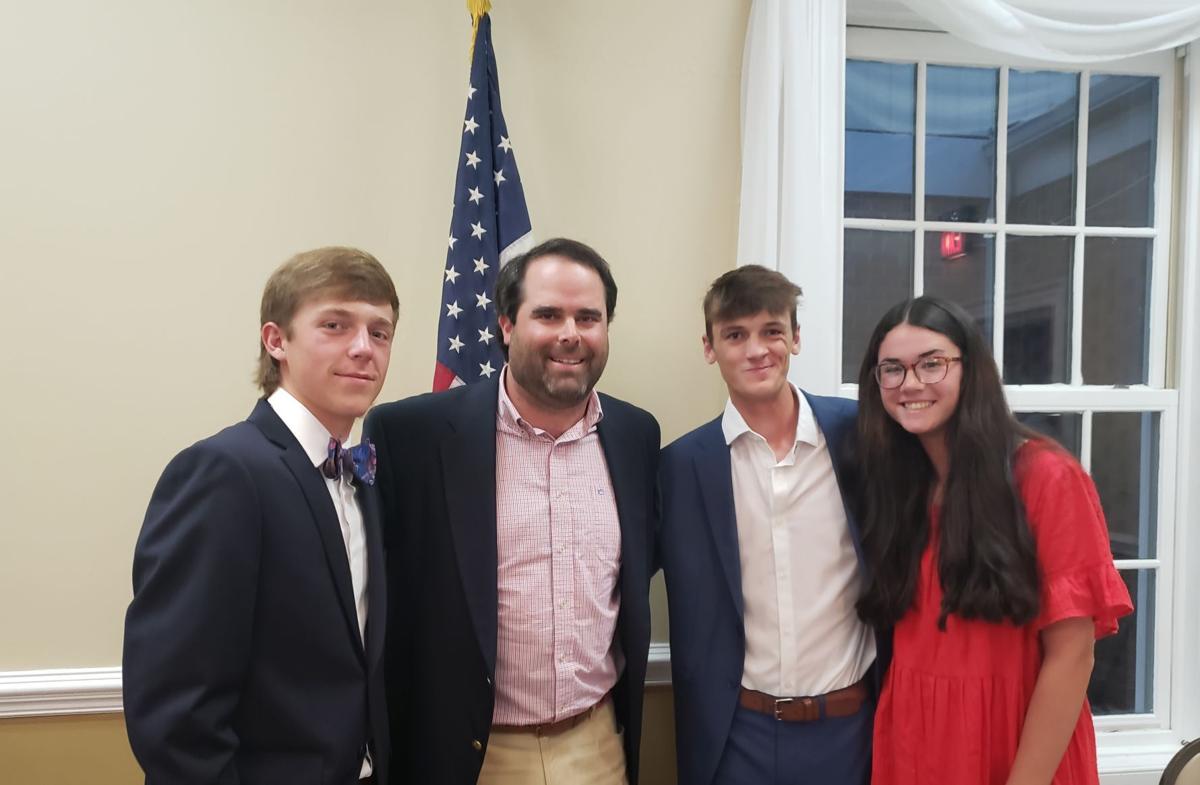 Commerce's Cameron Ford (left) and Jefferson's Micah Webb played together in a pairs match on Wednesday (June 2) at the North-South all-star tournament, winning their match 2 and 1.

“That’s something we’ve been very fortunate with is the kids that we’ve had from Commerce and Jefferson, who have represented us down there have been very successful,” said Commerce coach Matthew Lund, who headed up the North squad. “They’re not just successful. They’re successful literally against some of the best players in the state in south Georgia.”

Ford and Webb won their pairs match Wednesday, 2 and 1, and Ford then won her individual match Thursday, 3 and 1, against one of the top players from Atlanta. She was awarded the inaugural Johnny Paulk Memorial Scholarship by the state’s golf coaches’ association following the tournament.

“It goes to somebody who is on a high school golf team who exemplifies what Johnny Paulk was all about,” Lund said of Paulk, a well-known golf professional from Jekyll Island who worked to promote the game at the high school and junior-golf levels.

Meanwhile, Webb, after teaming with Ford for a win in pairs play, won his individual match Thursday, 2 and 1.

Sharpton, playing with Social Circle’s Cameron Bruce, won his pairs match Wednesday, 5 and 3, and took Landmark Christian’s No. 1 player to the last hole on Thursday before losing his individual match.

The two-day tournament was held at Sunset Country Club.

“They did a really good job on a course that none of them have played before … all three of themselves handled themselves well and won down there,” Lund said.

Lund also praised the camaraderie on display at the tournament, which showcased some of the state’s elite golfers.

“I think the coolest part of this for all three of them was getting to meet a lot of people whose names they heard throughout the golf ranks in the state … they got to meet them, get to know them and play with some of these people,” Lund said.

Lund noted that the North squad had a loaded roster.

“This is probably one of the better teams that we’ve ever had assembled in the history of the tournament,” he said.

The team trophy will be displayed at Double Oaks Golf Club — the home course of Ford, Sharpton and Webb — over the summer.

“I’m looking forward to having not just Commerce, but Jackson County represented for years to come,” Lund said. “That’s a great thing for us to be represented down there.”