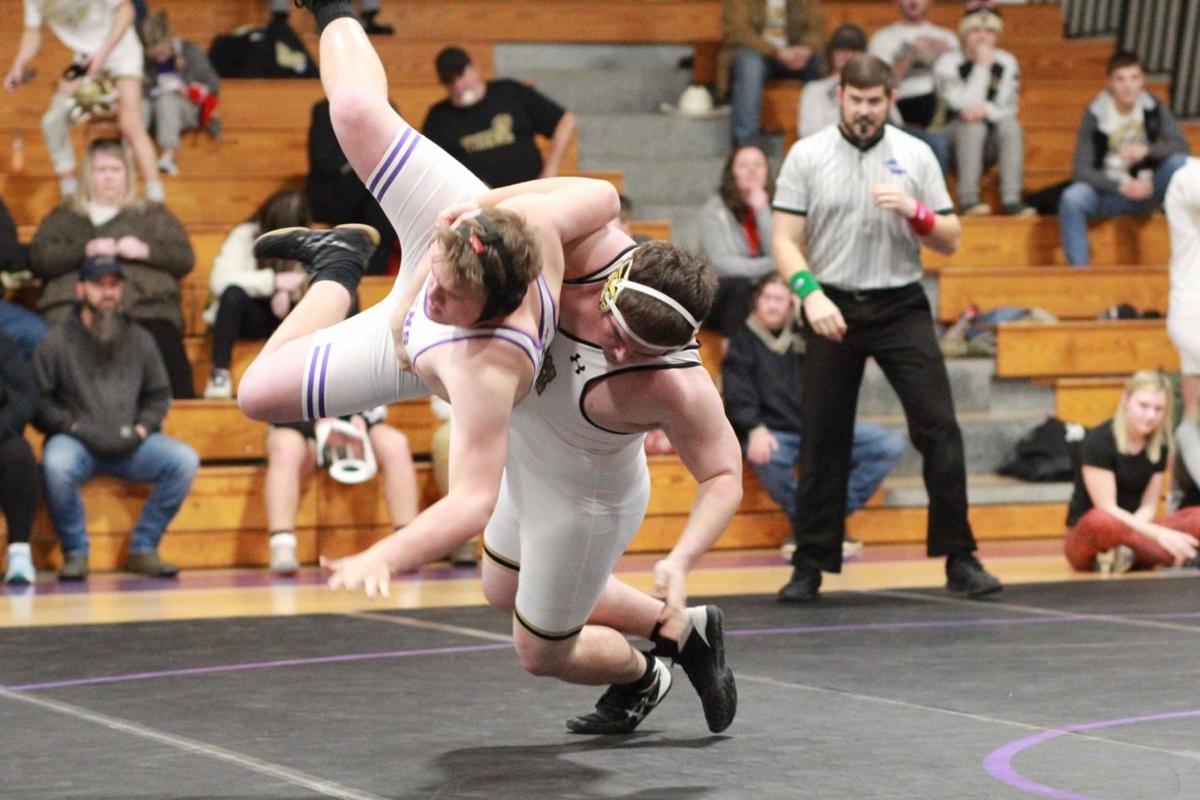 Zander McLane throws his opponent to the mat Friday (Jan. 7) in the Area Duals. 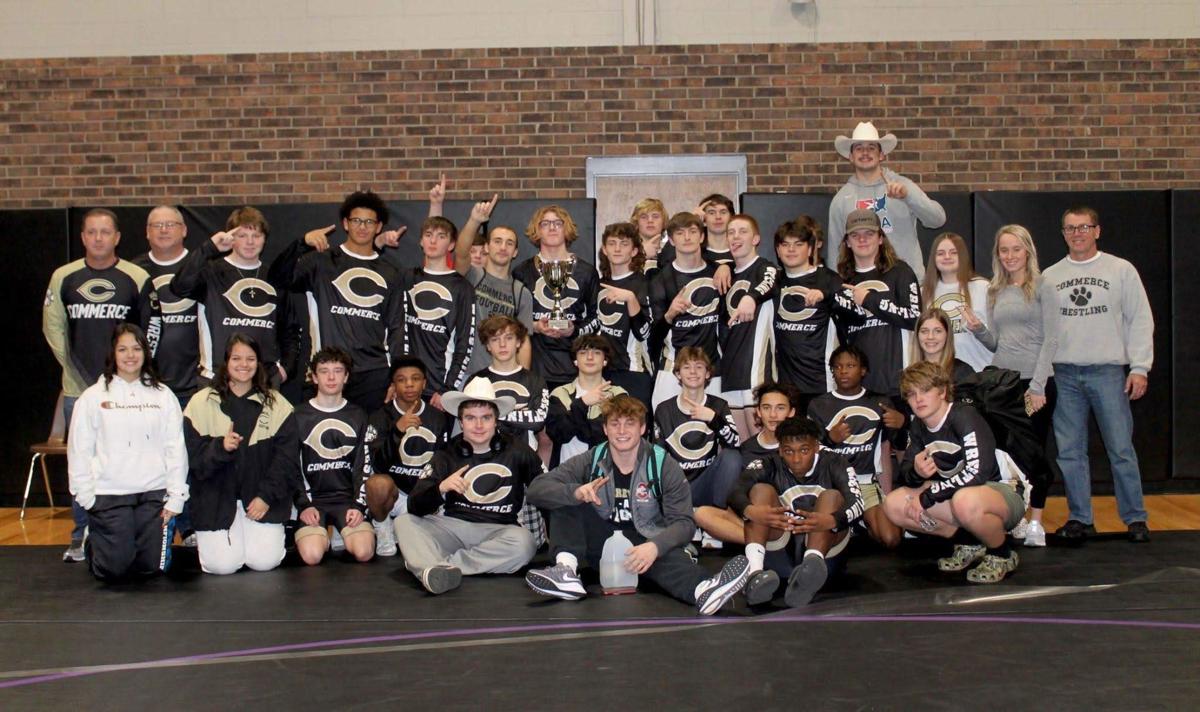 The Commerce wrestling team poses with the Area Championship trophy after squashing both opponents Friday (Jan. 7).

Zander McLane throws his opponent to the mat Friday (Jan. 7) in the Area Duals.

The Commerce wrestling team poses with the Area Championship trophy after squashing both opponents Friday (Jan. 7).

The Commerce wrestling team had no problems dominating its opponents Friday (Jan. 7) at the Area Duals.

The Tigers thumped Towns County 78-6 before crushing Athens Christian in the finals 72-12. Commerce will host the A Public State Sectionals tournament this Saturday (Jan. 15).

"We wrestled Athens Christian and pretty much went best-on-best in that dual and only lost two matches. Overall, we wrestled well. There are definitely some things we need to worm on, we'll try to address those this week."

All but two wrestlers for Commerce went undefeated on Friday and every win was by pinfall. Love was particularly proud of Jesse Cofield who "dominated" one of Athens Christian's best wrestlers.

Commerce doesn't have much time to celebrate their area title. The Tigers host a stacked lineup of schools this Saturday (Jan. 15) at the sectionals tournament. That No. 1 seed isn't going to hold much weight against first round opponent Holy Innocents.

"It's going to be a different story next week with sectionals," he said. "We have some tough teams coming in, we'll have our hands full.

"Holy Innocents is coming in as the No. 4 seed, but they're much better than a No. 4 seed. We've wrestled them a lot in the past. We're going to have a very tough match with them first thing on Saturday."

On the other end of the bracket are Strong Rock Christian and Irwin County. The Tigers are yet to see Irwin County this year, but they did defeat Strong Rock in a dual 45-30 in December.

"We by far have the toughest sectional out of the eight in Class A," he said. "We have to go to work this week and try to stay healthy and be ready to go."

Commerce is wrestling for the right to return to the A Public State Duals. This year, the duals are at home in Commerce. That tournament takes place next Saturday (Jan. 22). The Tigers' next traditional event is the Area Tournament, which is also at home on Jan. 29.