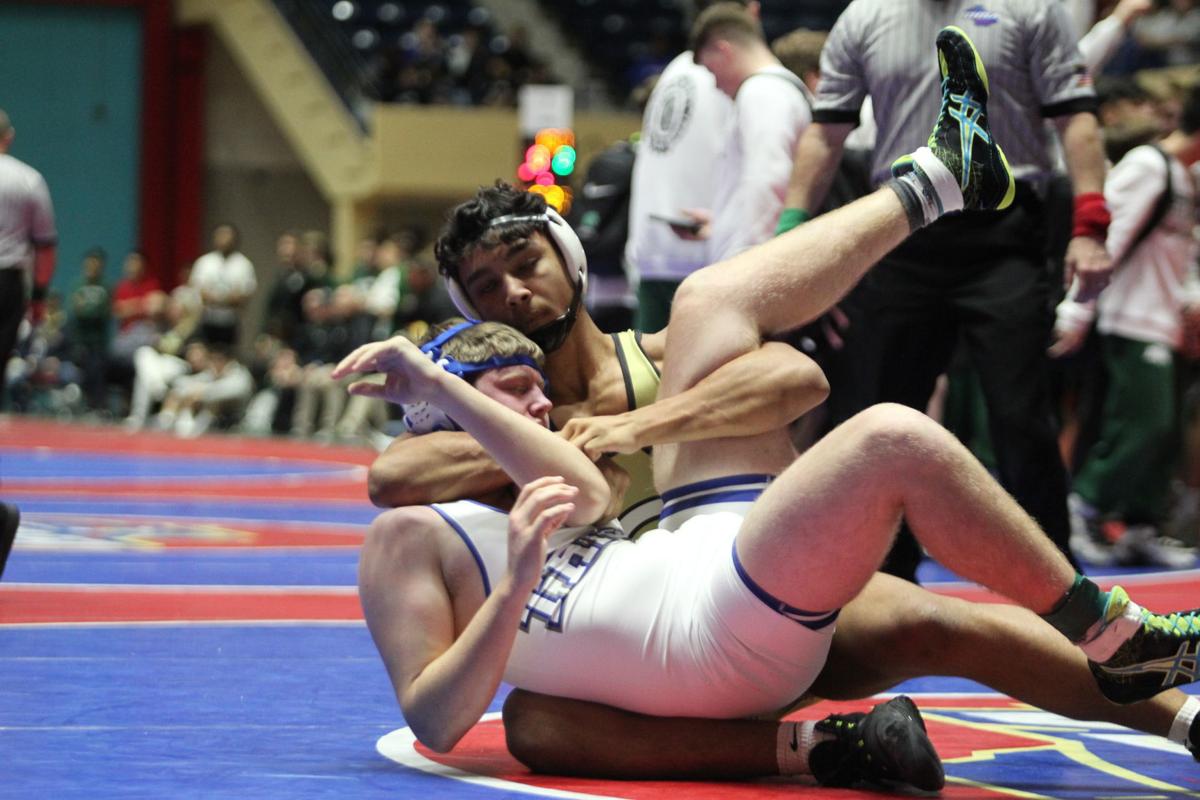 Commerce's Jake Frates picks up a win in the 182-pound bout of the Class A state dual finals against Trion. The Tigers, however, lost the the match 46-25, ending a run of six-straight state dual titles. 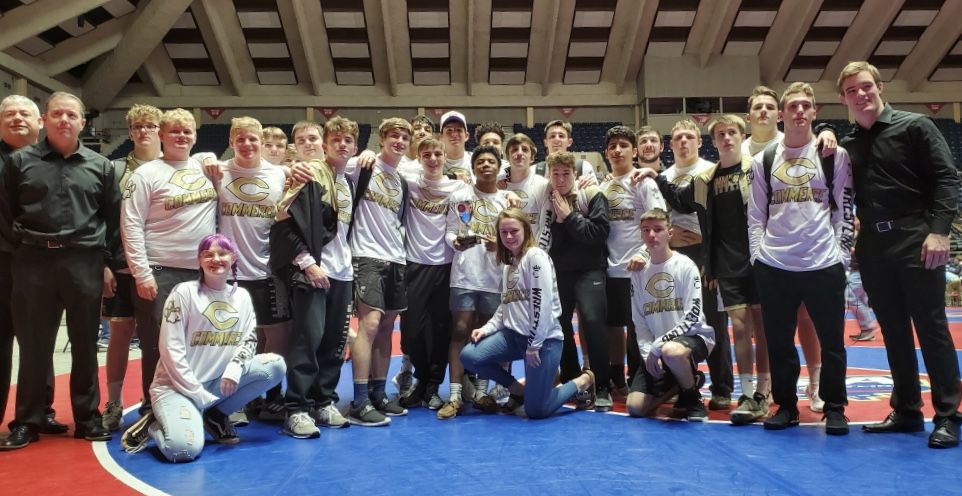 The Commerce Tiger wrestling team poses with the Class A duals runner-up trophy after losing to Trion 46-25 Saturday (Jan. 18).

Commerce's Jake Frates picks up a win in the 182-pound bout of the Class A state dual finals against Trion. The Tigers, however, lost the the match 46-25, ending a run of six-straight state dual titles.

The Commerce Tiger wrestling team poses with the Class A duals runner-up trophy after losing to Trion 46-25 Saturday (Jan. 18).

Before starting the Class A duals state finals Saturday in Macon, Commerce lost the coin flip to Trion. It wouldn’t be the only loss on the day.

The Tigers’ dream for seven-straight state duals titles was shattered Saturday (Jan. 18) thanks to the Bulldogs. Trion, behind nine wins – including six via pin falls – defeated Commerce 46-25 in the Class A finals.

“We lost the coin toss, and I knew when that happened we were in trouble,” Commerce head coach Kendall Love said after the Tigers’ first post-season loss since 2013. “We would have to overcome some huge obstacles. Didn’t go in our favor. We ended up with about a 20-point swing, right there, when we lost the toss.”

The effort from his group, though, even in defeat, didn’t go unnoticed from Love.

“Our kids wrestled hard,” Love said. “Hey, we’re young. They’ve (Trion) got 10 seniors and we’ve got two … we’re going to go to work the next three weeks and see what we can do.”

“We lost four matches in the last 10 seconds, either had a lead and got pinned, or they were able to take a reversal,” Love said. “Hats off to them (Trion). They did what they had to do.

“We know where we stand. We’ll come out ready for traditionals.”

The finals started with the 220-pound bout. Burns dominated from the start of the first period to the end of the third. Burns led 6-2 after the first and stretched the lead to 8-3 after two periods. He secured four points when the final margin stretched to nine, 14-5.

At 285 pounds, Trion’s Clay Baker took down Ethan Epps. Baker led 2-0 after the first period. He put the match away 11 seconds into the second period with a pin, giving Trion a 6-4 team lead.

The Bulldogs added to their lead in the 106-pound bout. Seth Huskins got three points, defeating Daniel Nash, 8-7. Nash led 7-2 after the first period and 7-4 after the second period. Huskins got late points to secure the win.

Commerce saw the deficit grow even more after the 113-pound bout when Caleb Lovin lost via pin fall in the first round. Trion led 15-4.

Legg got Commerce back in the win column in the 120-pound bout. Legg picked up a first-round pin over Alonzo Francisco to trim the deficit to 15-10.

Trion stretched its led back out after the 126-pound bout as Conner Deparlier got a 7-5 win over Kyle Hancock. The win was worth three points to the team total (18-10).

At 132 pounds, Commerce’s Bryson Flint dominated the first period, building a 5-2 lead. At the 1:08 mark of the second period, though, Flint was pinned, and Commerce trailed 24-10.

The most exciting match of the finals came at 138 pounds. Sherman took down Trion’s Bowden Brock, 10-8. The match was tied 8-8 when Sherman scored two points with three seconds left to get the win. Commerce trailed 24-13 in the overall match.

Jake and Josh Frates ended the finals with pin-fall victories to end the day 46-25.

“Nobody likes losing … hopefully they’ll take it and move on from it and see what happens,” Love said.

With the mindset changing to the traditionals, which is an individual competition, Love said it is about the wrestlers “working and getting better.”

“We know where we’re at,” he said. “We know where our weaknesses are. We’re going to step it up. Our kids are tough and they’ll believe that they trust the process. We’ll see what happens. Like I said, we’re young. That’s a good thing looking towards the future, so we’ll be back.”