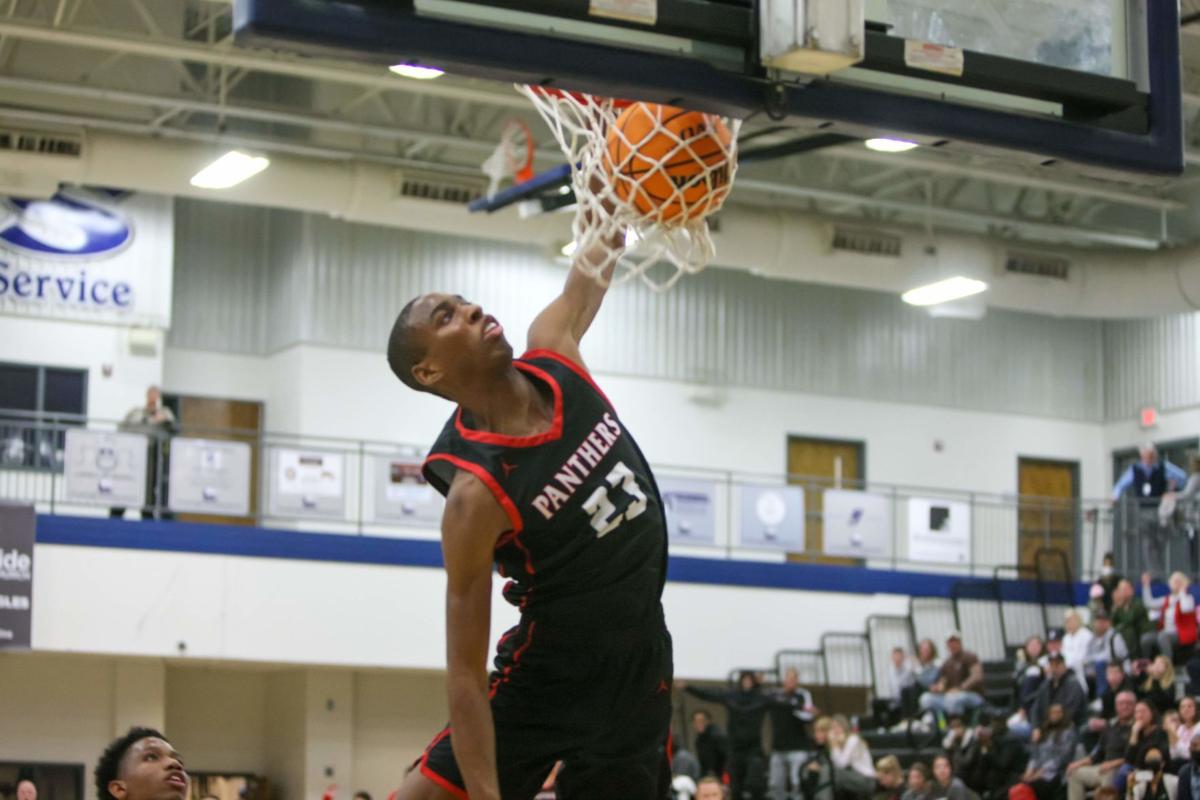 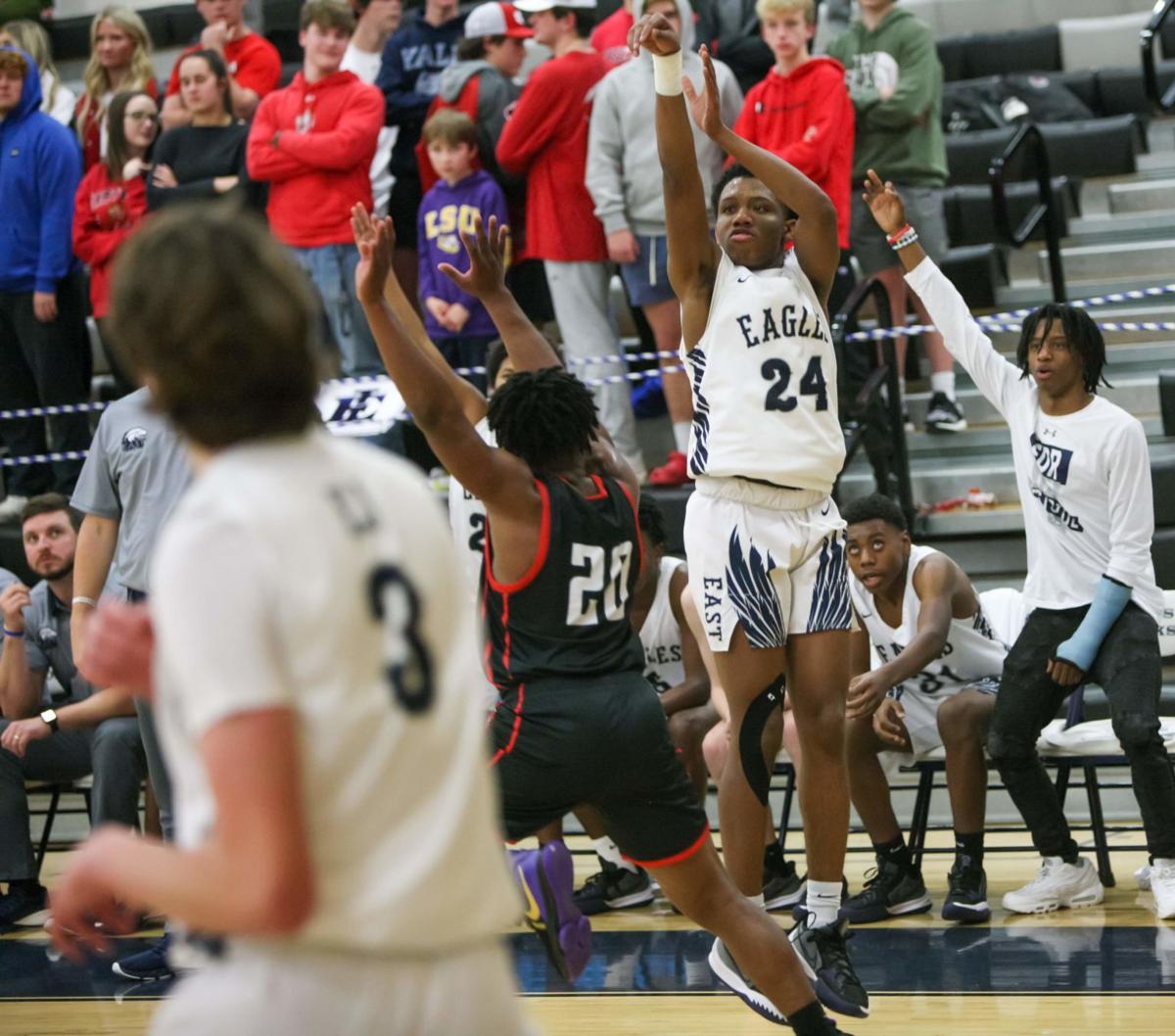 Markel Jarrell shoots a three-pointer in front of his bench Tuesday (Jan. 4) in East Jackson's loss to Jackson County. 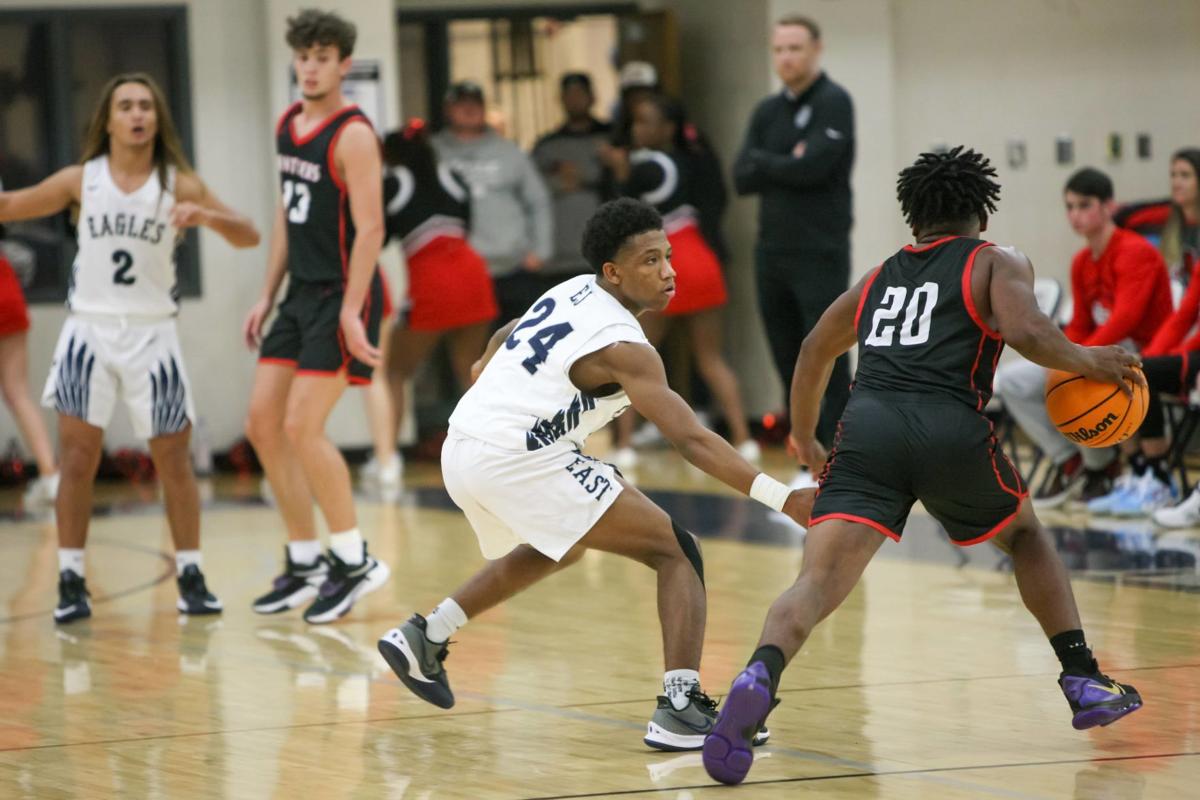 Markel Jarrell shoots a three-pointer in front of his bench Tuesday (Jan. 4) in East Jackson's loss to Jackson County.

The Panthers defeated their cross-county rivals 71-45 thanks to a 34-9 run in the last 13 minutes of the game. The run featured four three-pointers by Riley Baugh who finished the game with a team-high 26 points with eight total three-pointers.

The run came after a layup by Brice Rodgers and a timeout called by Jackson County (2-10, 0-3 Region 8-AAAAA) head coach Bryan Parker with 5:20 left in the third quarter. The Panthers entered halftime with a 37-26 lead built by a similar rally in the second quarter. However, East Jackson (1-10, 0-0 Region 8-AAA) opened the third quarter with a 10-0 run to cut the lead to 37-36.

“I said ‘you have to want it. This is your cross-county rival. They have pretty much the same record as us so you have to take charge.’ They answered the bell and I was proud of that.”

East Jackson head coach Tyler Gamble said the back-and-forth runs were a product of his team’s youth and inability to play at a consistent level.

“We’re young so we’re kind of up and down,” Gamble said. “We were up, playing up. And then got a little rattled. We talked about getting to the rim and being aggressive offensively, you look at the shot chart and we shot twice as many threes as we shot twos.

“We just struggled. We’re young, again we keep saying it. It got away from us and we couldn’t grab it back... At the end of the day, we didn’t do what we needed to do to win. We didn’t execute the game plan very well.”

Jamarion Collins was the star of East Jackson’s third quarter rally, scoring seven of his 16 points during the run. Markel Jarrells started hot with nine first quarter points, and he finished with a team-high 18 points.

Baugh’s three-pointers and Bryce Blake’s points in the paint produced a second-quarter run which allowed the Panthers to take an 11-point lead into halftime. The duo combined for 15 points in the second quarter, Blake finished with 15 points.

“Riley shot the ball really well,” Parker said. “Bryce Blake played well, he scored at the rim as he should. We had some guys hit some key shots and some big times. I’m very proud of the effort, we’ve got some things to work on still. We had a ton of turnovers, but we’ll enjoy it tonight.”

Jackson County hopes to bring the momentum into a daunting region matchup Friday (Jan. 7) at Clarke Central (5-5, 3-0 Region 8-AAAAA). The Gladiators are in a three-way tie for first place in the region, but lead with 202 points scored in region play.

“I love this group,” he said. “They will play their hearts out on any given night and told them if they do that, they can compete with anybody. If we do that on Friday, I think we can compete with Clarke Central and come out of there with a good game and hopefully win.”

Parker hopes to bring a large student section to Athens as well. The Panther faithful was in full force Tuesday and Parker said his squad feed off their energy.

“Our student section was awesome,” he said. “It’s always nice to turn around and look across the court and see all our students here. They’re a big part of what we do and when they’re here and cheering for us, we’re usually a little more jacked up.

“Our region is an absolute gauntlet,” Gamble said. “Going in like this is tough, but at the end of the day, for the most part, our kids have responded well. They continue to compete, so we’ll watch the film make some adjustments, get better and get on this roller-coaster called Region 8-AAA.