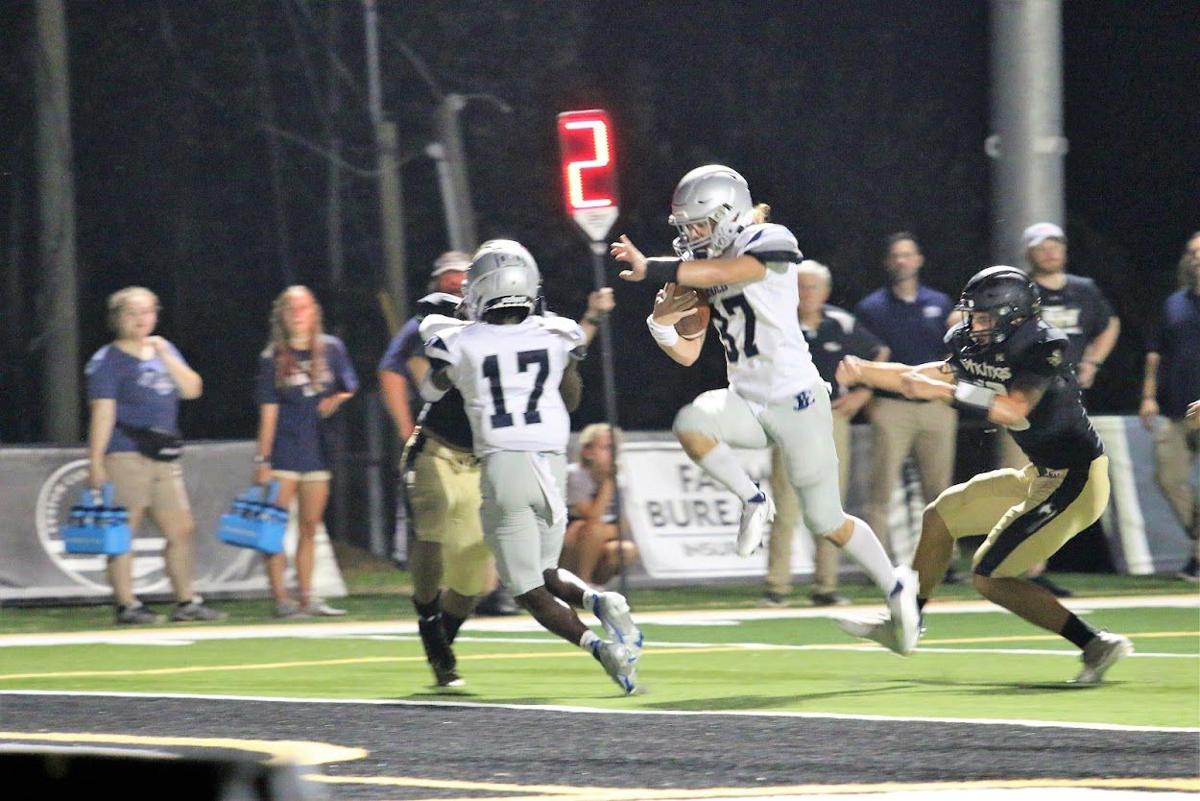 Tyler Crow leaps into the end zone for a touchdown against East Hall last Friday (Sept. 17). 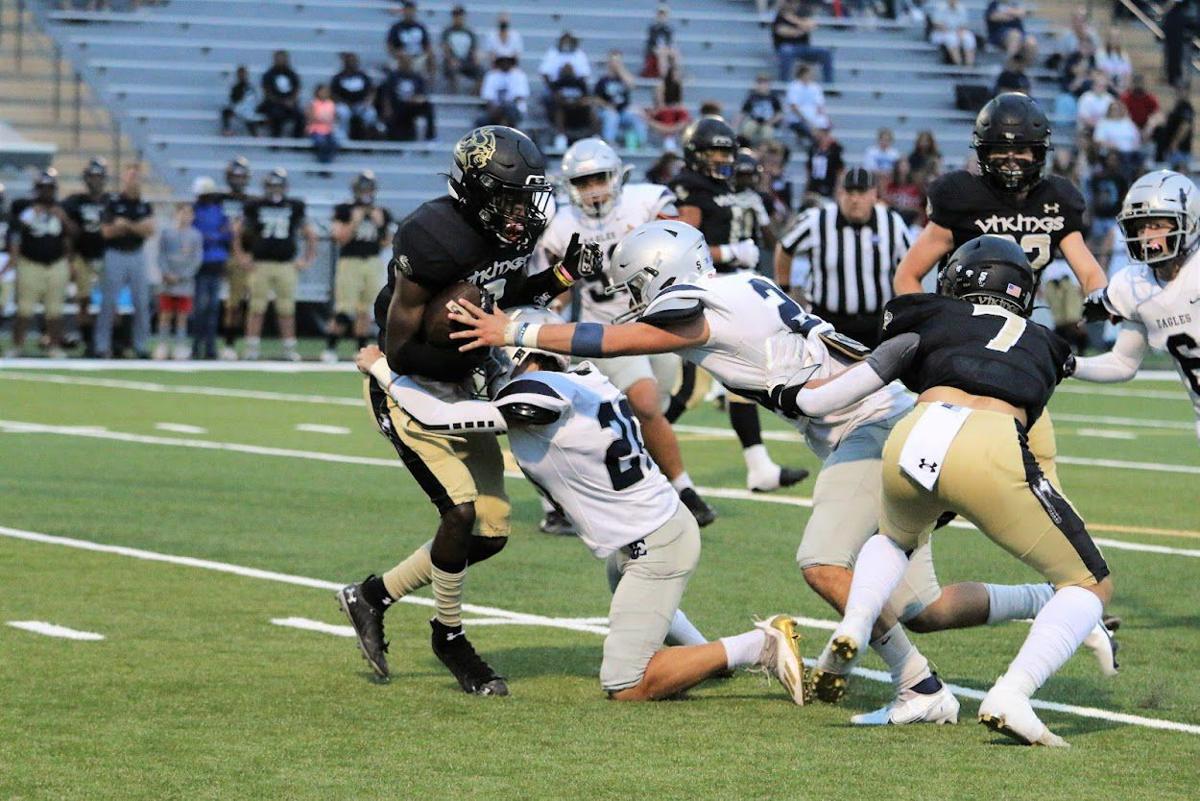 The East Jackson defense hits the East Hall ball carrier in the backfield Friday (Sept. 17) during the Eagles' 56-27 victory.

Tyler Crow leaps into the end zone for a touchdown against East Hall last Friday (Sept. 17).

The East Jackson defense hits the East Hall ball carrier in the backfield Friday (Sept. 17) during the Eagles' 56-27 victory.

The East Jackson football program has experienced its share of hardships over the last decade. None of that mattered Friday (Sept. 17) at East Hall.

"The kids just had a ball," said third-year head coach Cameron Pettus. "They were excited, there was great energy. It goes back to our senior class being such good leaders and good kids, and building the foundation.

'We love each other so much. Everyone is so invested and cares so deeply for each other that when they see their brothers out there having fun on the field, they get excited on the sideline. They feed off each other and it's really a lot of fun."

Quarterback Tyler Crow did the most damage to East Hall's defense, rushing for 246 yards and passing for 47 more. He accounted for four of the Eagles' eight touchdowns. As a team, East Jackson rushed for a whopping 395 yards.

"He continues to grow and thrive," Pettus said. "It's fun to watch, fun to coach, he's just a great kid."

East Jackson (2-2, 0-0 Region 8-AAA) was first into the end zone with a 3-yard touchdown run by Quay Hill, putting the Eagles up 7-0 early. An interception by East Jackson’s Brayden Hill with 52 seconds left in the first quarter put the Eagles back in scoring position. With no time left on the clock, Gary Maddox completed a 20-yard touchdown run.

Early in the second quarter, East Hall (1-3, 0-0 Region 8-AAAA) scored on a 6-yard touchdown run, making the score 14-6. East Jackson, however, came back quickly with a 60-yard touchdown run from Marques Greene.

Later in the half, the Vikings completed a 30-yard touchdown run, followed by a successful 2-point conversion to cut the Eagles’ lead to 21-14.

The third quarter ended up scoreless, thanks to East Jackson’s Corvin Gillespie batting down the Viking’s touchdown pass attempt.

"It was a good team effort. Our wide receivers stepped up too... [East Hall's] quarterback is really good, give credit to our defensive staff and the game plan they put in place. Our kids were executing it."

East Jackson has this Friday off and will open Region 8-AAA play on Oct. 1 at Oconee County.

Pettus said the Eagles are going to use the off week to get healthy and brush up on fundamentals,. though the team will begin to work on preparing for Oconee County. The Warriors are undefeated and are back-to-back region champions across two different regions and classes.