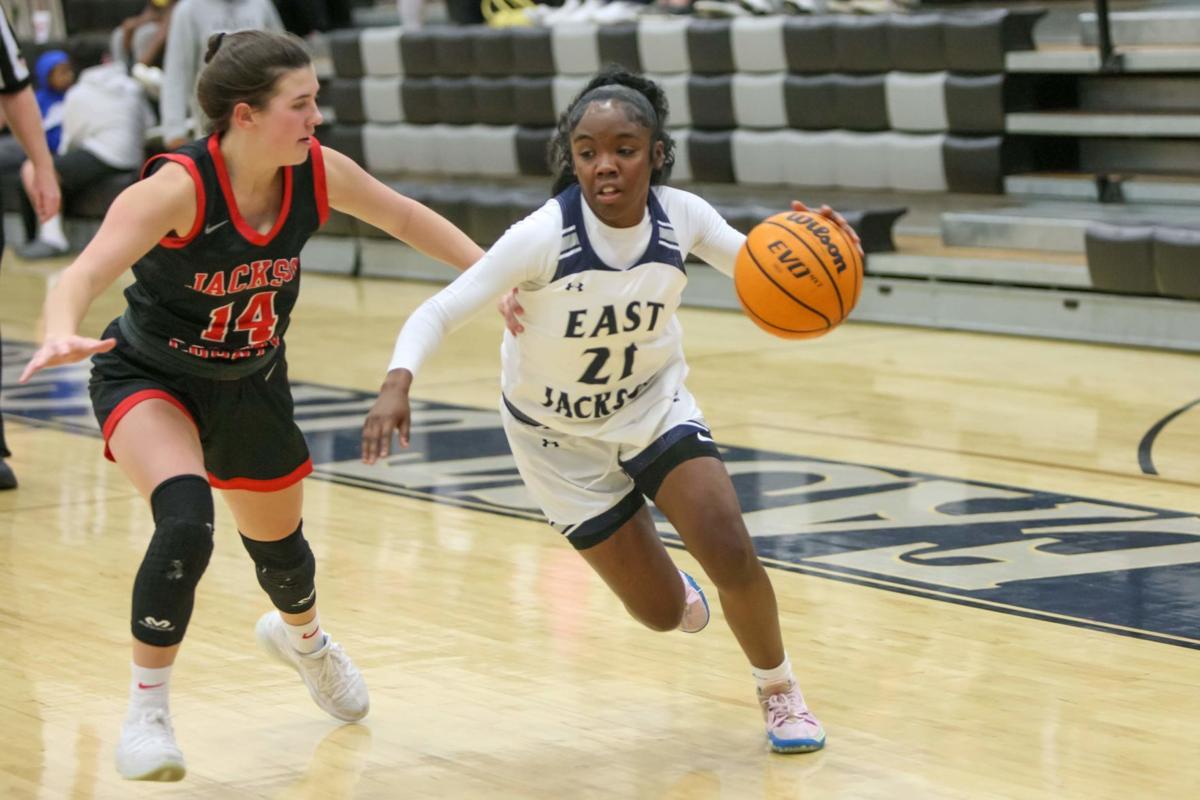 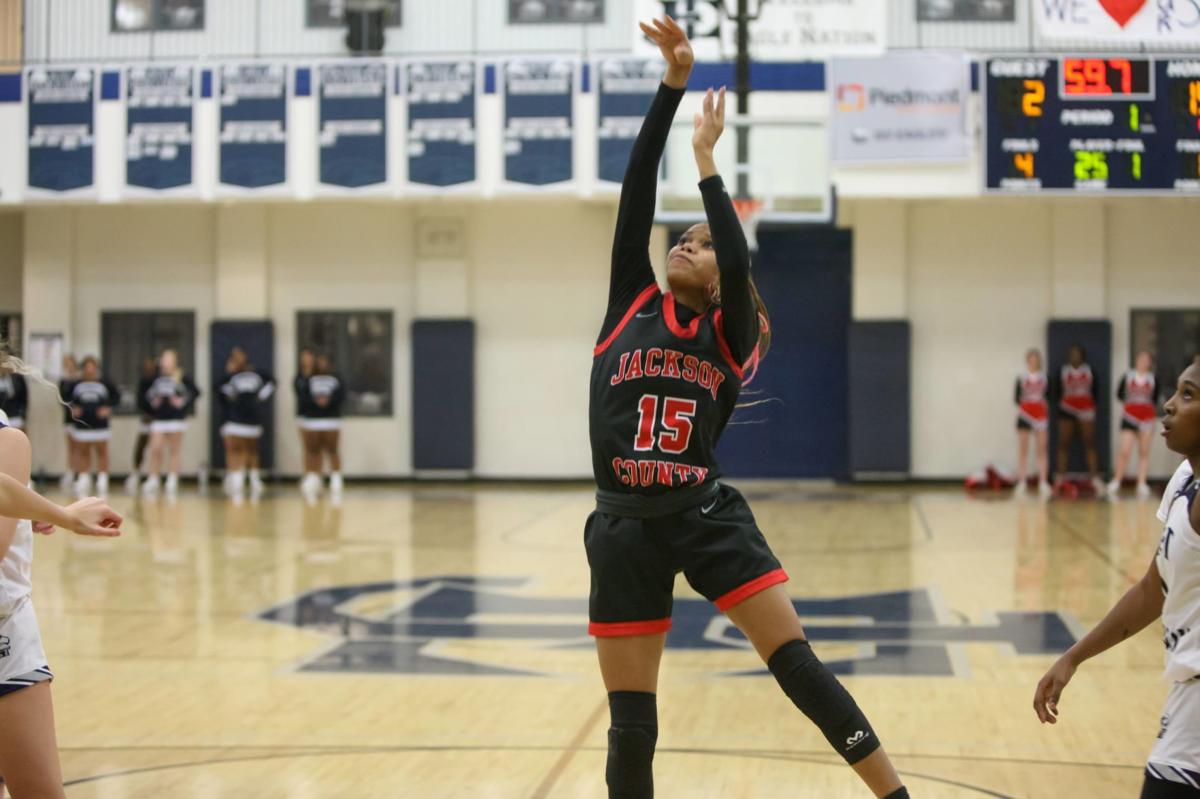 COMMERCE – The East Jackson girls’ basketball team set a new school record for wins in a season Tuesday (Jan 4) with a 54-40 win over Jackson County, but the Eagles accomplished something greater in the victory.

They rallied around junior Antonia Pittman who’s father passed away over the weekend.

The game was difficult for Pittman who remained in the starting lineup. She suffered a knee injury in the second quarter while running into the bleachers chasing a loose ball. However, she returned in the second half and played a pivotal role in a second-half rally that turned the game into a route.

“It was really tough,” said head coach Matt Allen. “Antonia found out about it this weekend, she has plans to go be with her family in Ohio later on in the week. Kudos to all of our girls for really stepping up and helping her out.

“It was really cool to see how the team responded and tried to lift her up during that very tough circumstance.”

Early on, East Jackson (12-1, 0-0 Region 8-AAA) struggled against Jackson County’s (2-9, 1-2 Region 8-AAAAA) zone. However, a trio of three-pointers at the beginning of the game helped the Eagles take a 17-3 advantage in the second quarter.

That lack of penetration eventually caught up with East Jackson, and the Panthers found life on offense. They ended the first half on a 10-3 run which cut the score to 20-13 at halftime.

“They play really hard,” Allen said. “Kudos to coach [Christi] Thomas and those girls for competing on every possession. When they get to set up in that zone, they’re tough to score on. They get in passing lanes really well and they pack in tightly.

“I was proud of our girls for having patience. We didn’t necessarily run the greatest offense at times, but we stayed patient with the ball. We had a few turnovers here and there, but for the most part, we had control of the game. Even when the game got close, we were able to make enough plays, make enough shots and we had two huge runs.”

Jackson County continued chipping away at East Jackson’s lead until the fourth quarter, that’s when the game changed in East Jackson’s favor. Pittman scored seven-straight points to spark a game-clinching rally. The lead stretched to 53-31 with two minutes left.

The Panthers managed to greatly trim the lead in the final moments, but not enough to threaten the Eagles again. East Jackson won the rivalry game 54-40.

The win was monumental for East Jackson whose 12-game winning streak has it ranked No. 7 in Class AAA. The 12 wins also break two school records. Not only is this the largest winning streak in program history, but 12 wins are now the most in a single season for the Eagles.

“It’s the most important on the schedule because it’s the next game on the schedule,” he said. “That’s all it is, but we made school history tonight. We already set the school record for wins in a season, but I told them our second season starts Friday.

Jackson County hopes to bounce back Friday (Jan. 7) against Clarke Central (3-6, 2-1 Region 8-AAAAA) who’s currently No. 3 in the region standings. The Panthers have played some of their best games in region play. They squashed Eastside on Dec. 14, and nearly upset Walnut Grove on Dec. 17.