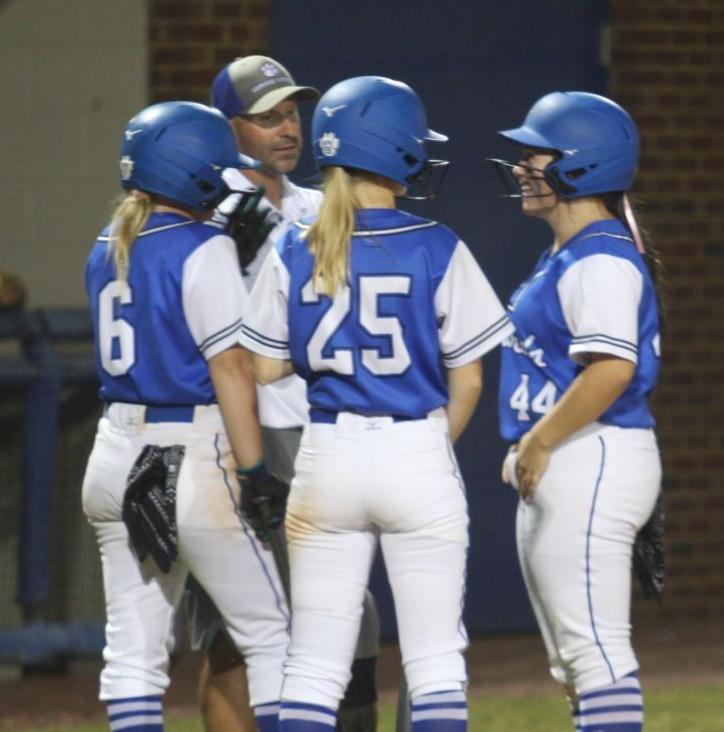 Coach Cronic huddles with team as they secure the win last week in Homer. 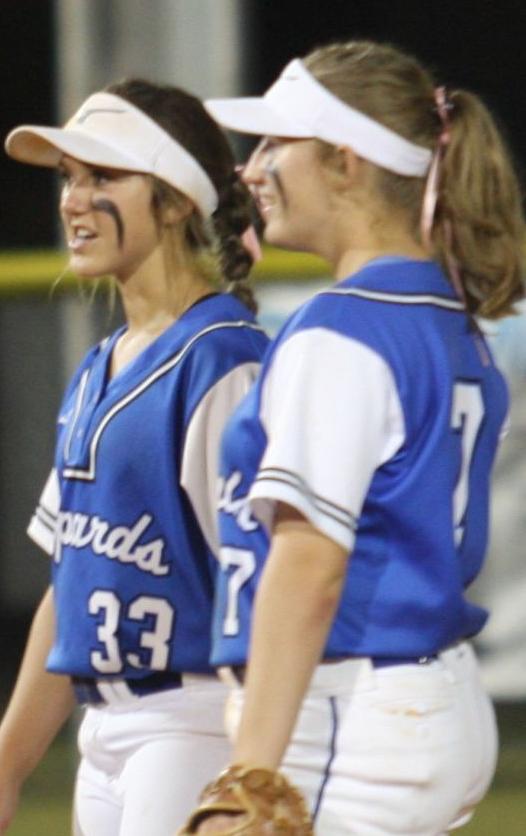 Madison Cronic and Kylee Brooks await the next play. 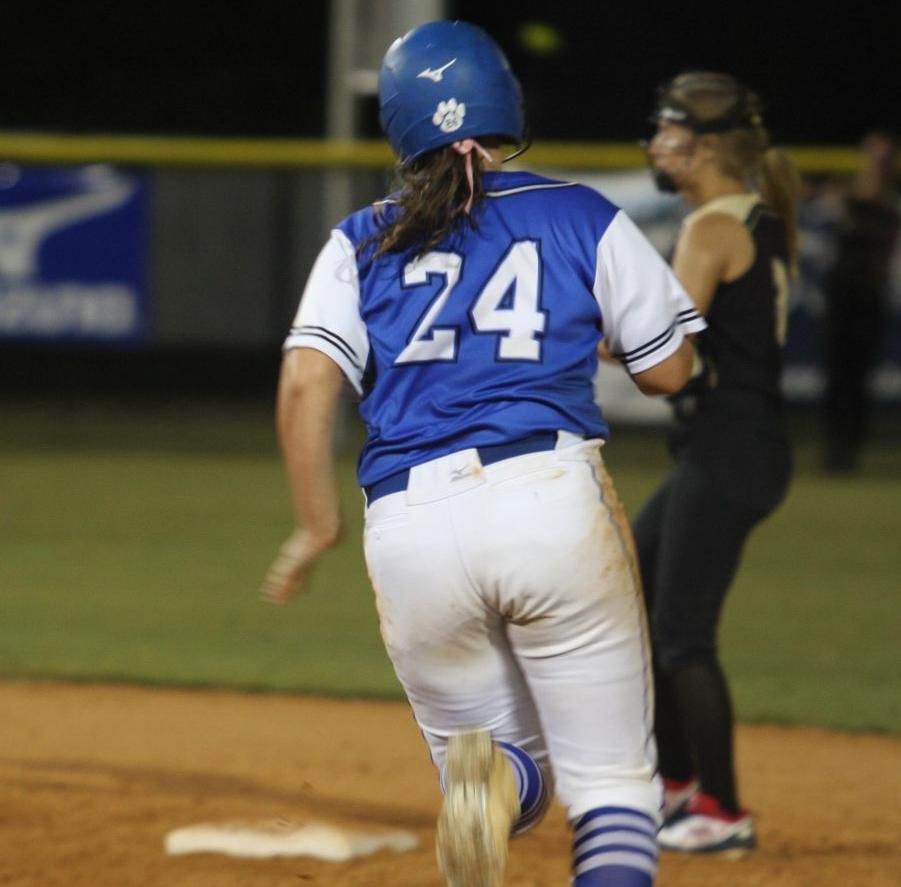 Shelby Speed headed to 2nd after a double at the plate. 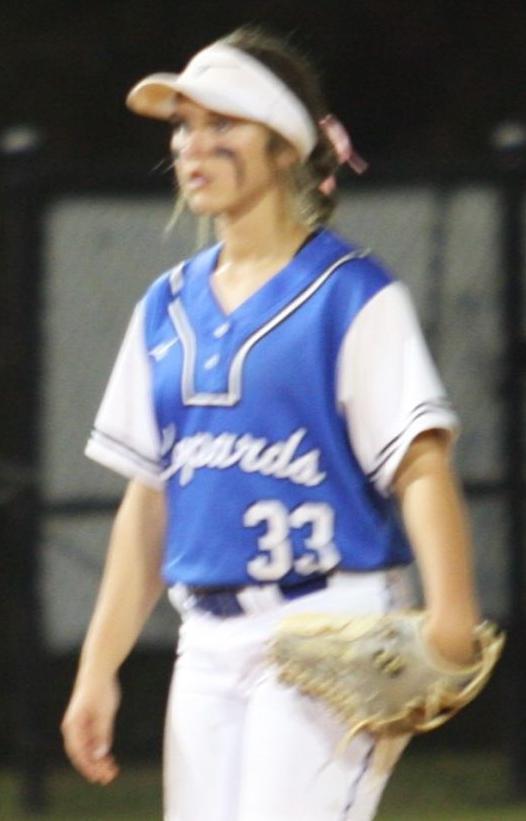 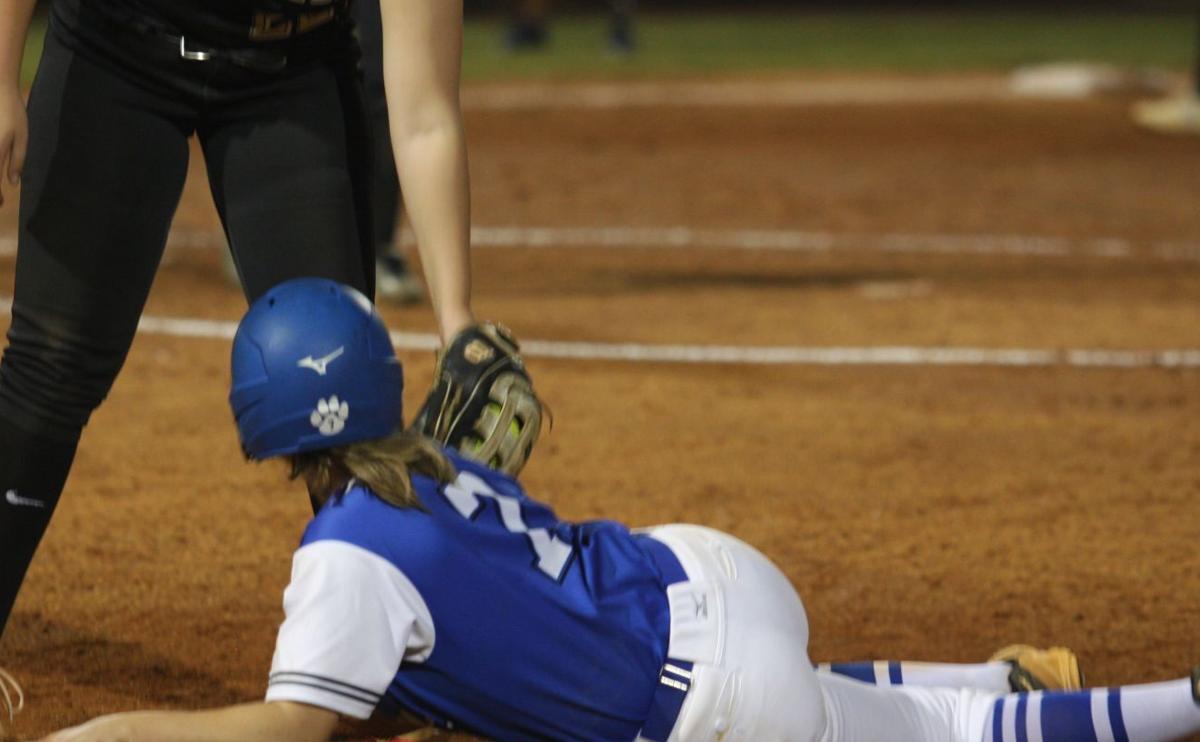 Kylee Brooks safe at first after an attempted steal. 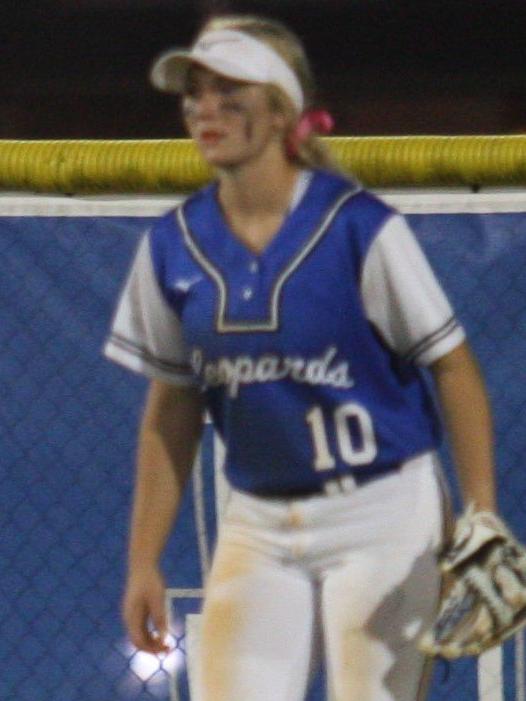 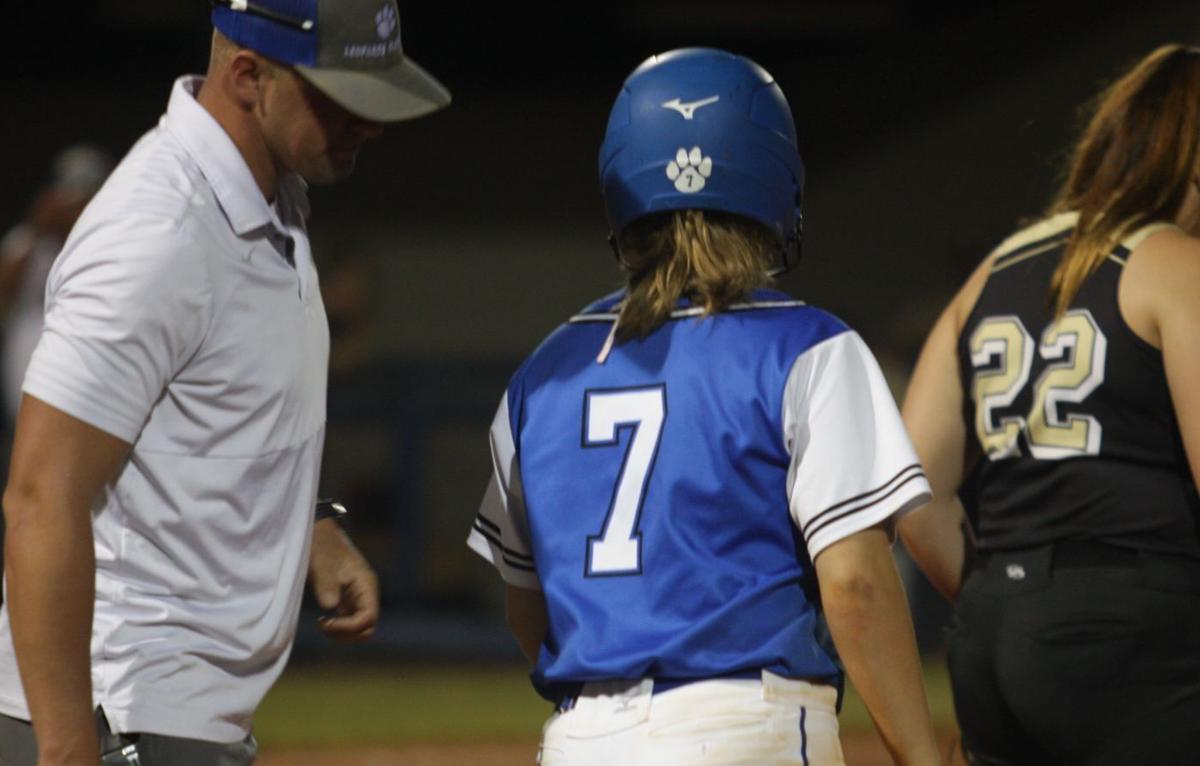 Coach Dylan Charles and #7 have a 1st base meeting.

Coach Cronic huddles with team as they secure the win last week in Homer.

Madison Cronic and Kylee Brooks await the next play.

Shelby Speed headed to 2nd after a double at the plate.

Kylee Brooks safe at first after an attempted steal.

Coach Dylan Charles and #7 have a 1st base meeting.

The Banks County High School Lady Leopards Softball team clinched their ticket to a return to the Elite 8 for the fourth consecutive year as the beat Pepperell last week with 7-2 (Game 1) and 11-1 (Game 2) scores.

The Leopards will face Vidalia away, and game times are set for Tuesday, October 27, at 5 p.m. and 7 p.m.

Coach Cronic stated that he was incredibly proud of the team's accomplishments; he is proud of how they stepped up at the end of the season. He believes that the strong, consistent softball tradition in Banks County is evident in finishing strong. The Leopards have made a run at the state title for the past four years.

"The girls started to get hot (defensively and offensively) at the right time," the coach said. "We are a very young team; we only had three returning starters. Their confidence level shows they can compete and win against any team."

Cronic states that the team has an incredible amount of talent and has the potential to step up and be competitive with any team.

Jacy Ayers was outstanding on the mound with 12 strikeouts for the Leopards. The Dragons were able to score one run in the first inning, but the Leopards responded with three runs with hits from Madi Cronic, Lindsey Crawford, and a phenomenal bunt from Kylee Brooks. The Leopards put more runs on the board during the third and fifth inning with two Brooks hits. Cronic, Crawford, Jacy Ayers, Shelby Speed and Alexus Humphries secured the win with contributing hits during consecutive innings.

Lindsey Crawford was exceptional on the mound with 10 strikeouts for the Leopards.

The Leopards immediately started the momentum from the first game with a single by Jacy Ayers. During the second inning, hits from Shelby Speed and Madi Cronic got things going for the Leopards, as Speed hit a drilling shot producing a double and two RBI's during the third inning. The Leopards led 6-0. The game was solidified in the 7th with bases loaded when Cronic hit a grand slam homerun extending the lead 11-0. Pepperell was able to put one run on the board in the seventh.