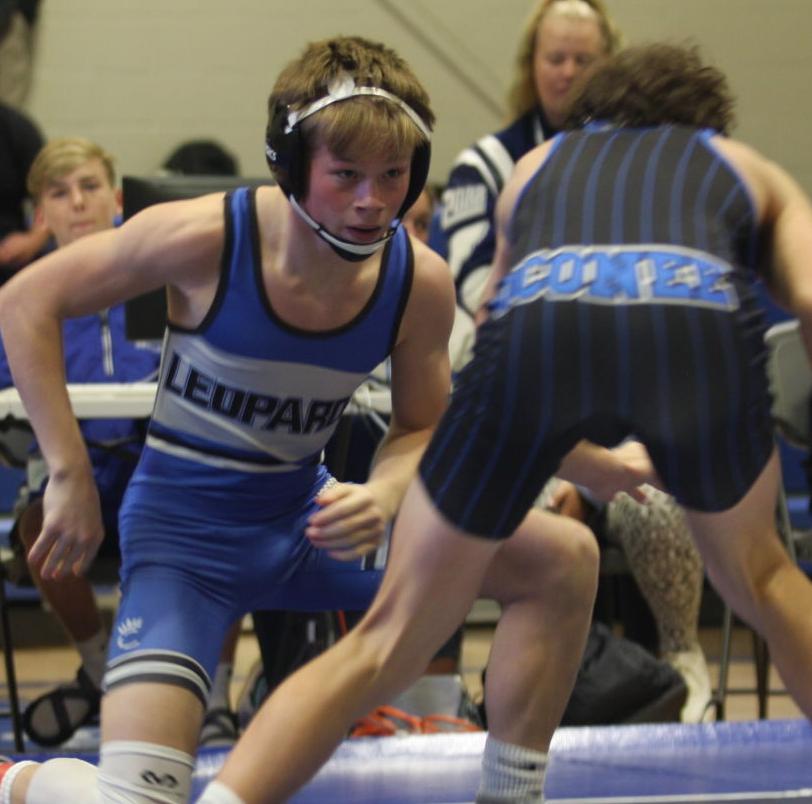 Jaxson Mitchell is shown in a recent scrimmage match. 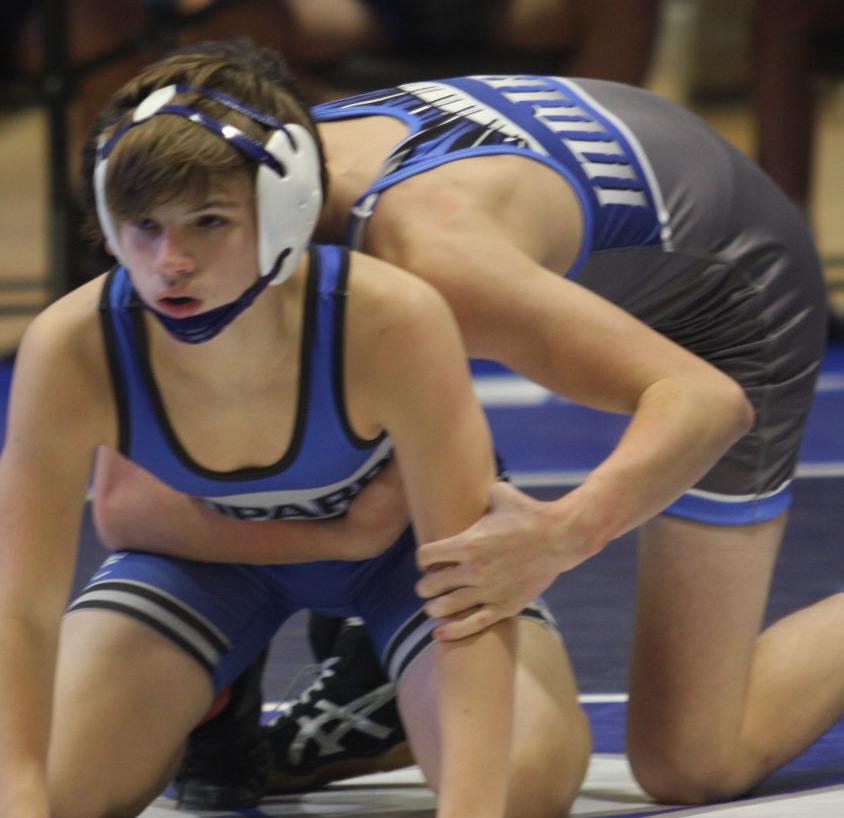 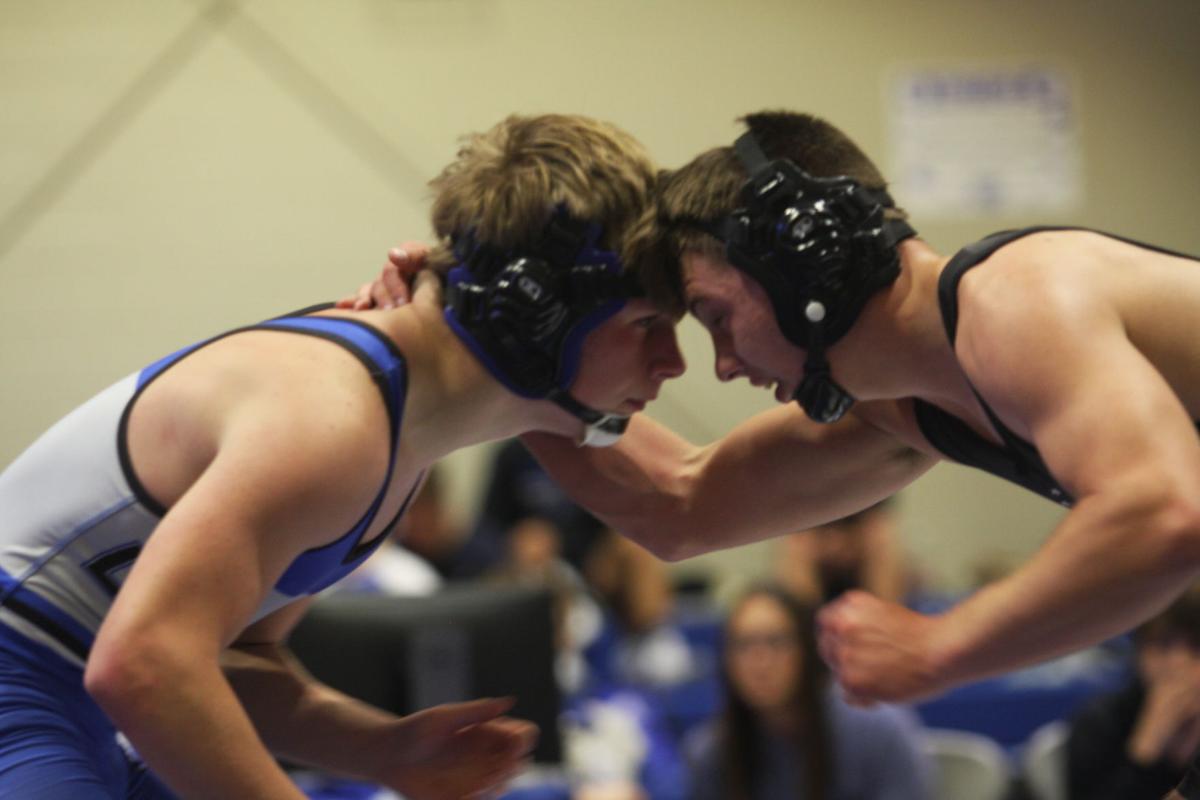 Banks County's Davis Mitchell is shown in the first match of the season. 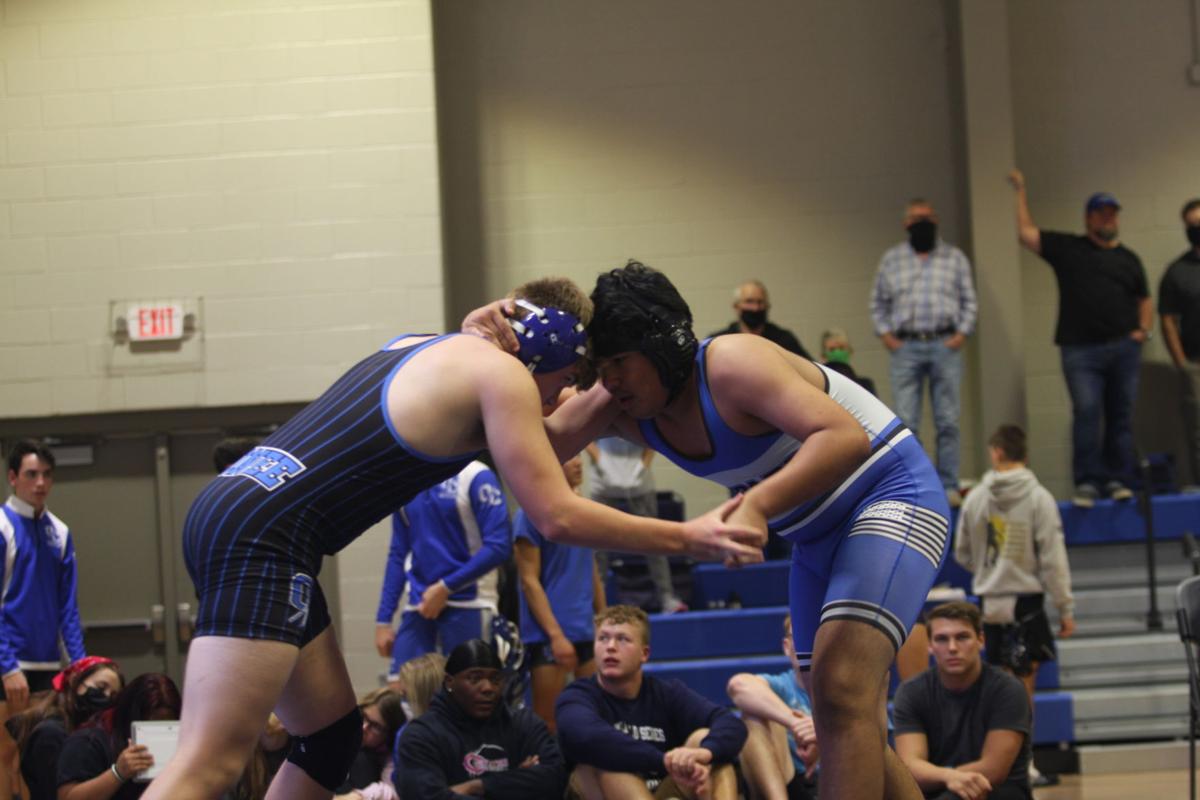 Freshman Robert Walker locks up with his opponent. 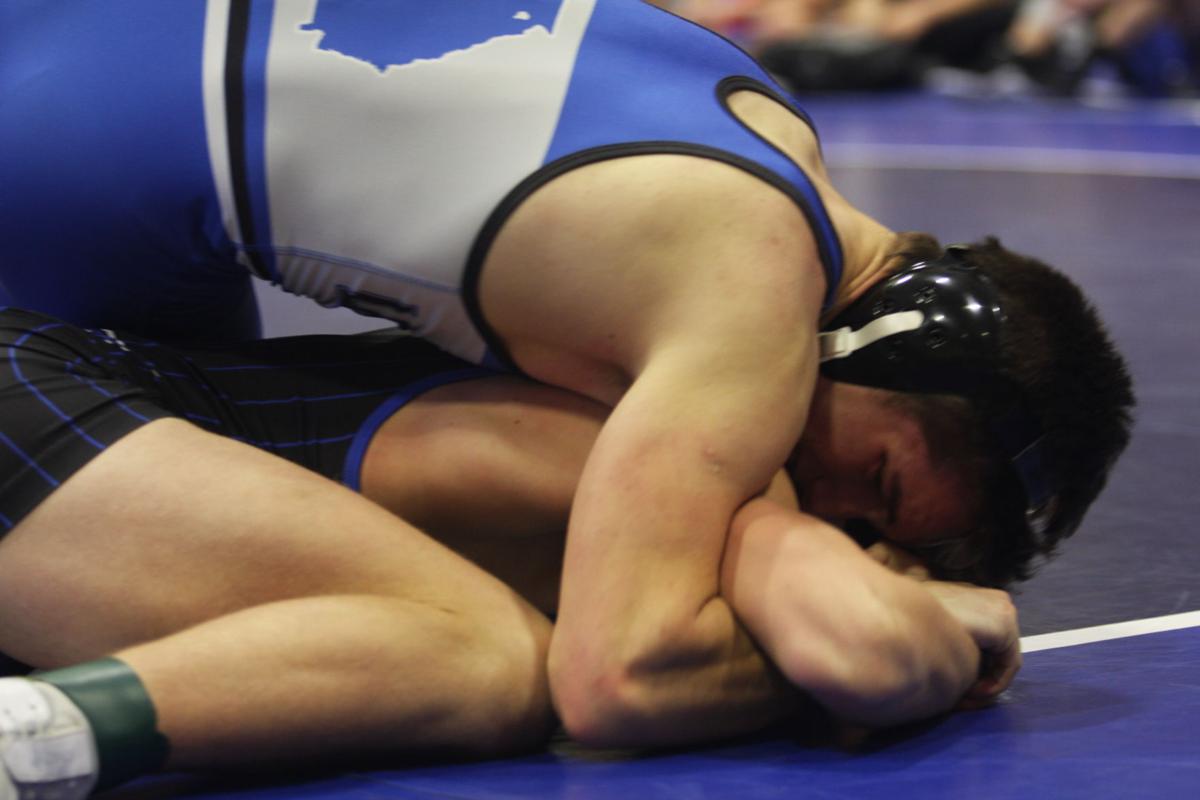 Gabe Howard with a takedown over Oconee wrestler.

Jaxson Mitchell is shown in a recent scrimmage match.

Banks County's Davis Mitchell is shown in the first match of the season.

Freshman Robert Walker locks up with his opponent.

Gabe Howard with a takedown over Oconee wrestler.

Coach Hanley has always set high expectations for his wrestlers, and this year is no exception.

"Our goal is to win state and have individual champions, and that is what it takes," said Hanley.

He adds that the team has a sense of urgency because they know that players and opponents could be quarantined at any moment. The season is full of larger classifications and a change in region opponents.

"We need to focus on area, which includes Fannin, Rabun, and Union; facing larger classifications early in the season will help us get ready for them," he said.

Seniors such as Stapleton and Evans will probably advance to the collegiate level next year, but knowing that this season could be cut short makes them even more motivated to earn the state championship title.

Due to GHSA start and end dates for football, the program will start without several standout wrestlers. It provides a perfect opportunity for some freshmen to gain some valuable varsity time until they return.

"Wow, what a freshman group," Hanley said. "We are super excited for these guys to finally be here."

He is confident that by the time the team faces the area tournament later in the season, the freshman will be ready. In a recent scrimmage match, the freshman had the opportunity to step in and fill those shoes.

Hanley stated, "We had a lineup full of freshmen. They were able to get some very valuable mat time. The more mat time they get, the more comfortable they will become. Most of them wrestled opponents that had a lot more experience."

Hanley added, "They didn't wrestle with a lot of confidence, but everything is practice until we get to the area tournament. They won't be wrestling like freshmen by that point."

It is evident that head coach Hanley and his assistant coaches Forest Gardiner, Knox Allen, and Jace McColskey have instilled a consistent philosophy of high expectations, commitment, and love for their players and the program. There is no doubt the program will exceed expectations.

The program will begin its first match at Dawson County on November 24.