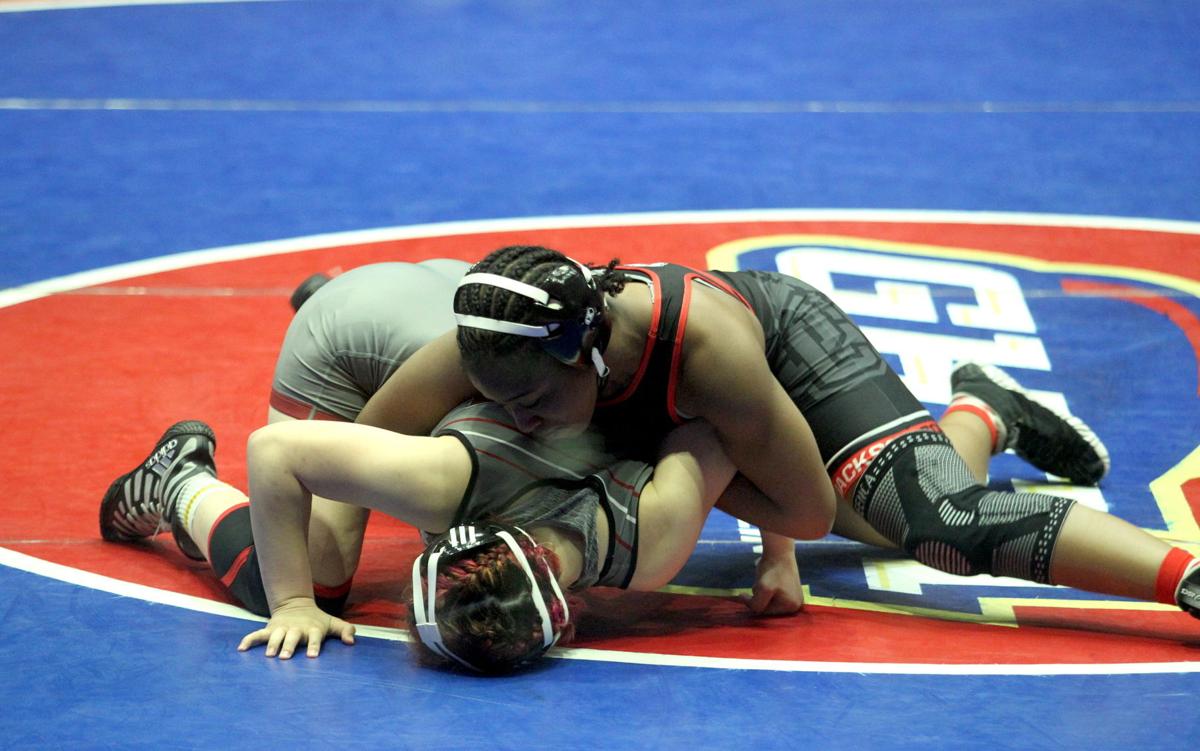 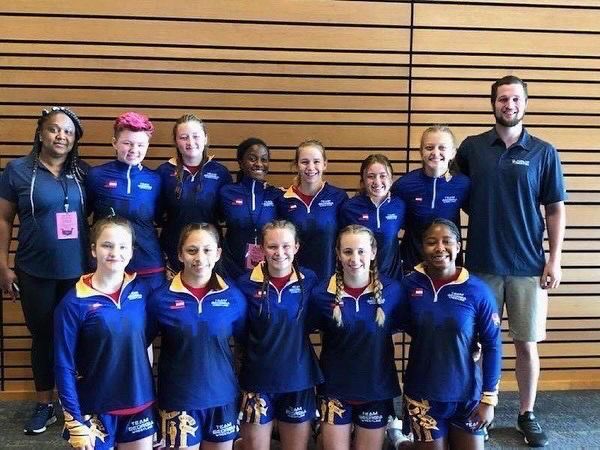 Raven Cook (bottom row, far right) is pictured as a member of Team Georgia, which competed in a national duals tournament in Oklahoma in mid June.

Raven Cook (bottom row, far right) is pictured as a member of Team Georgia, which competed in a national duals tournament in Oklahoma in mid June.

Following a second-place finish in the girls’ nationals earlier this year, the Jackson County rising junior competed for Team Georgia in the recent girls’ Junior National Duals in Tulsa, Oklahoma.

“I enjoyed being on the team,” Cook said. “I hope to be on the team again someday — very fun. I liked the coaching. Just, overall, it was a very good trip. Hopefully, I’ll get to see more girls from high schools around (the area) on the team.”

Cook was one of 11 wrestlers on the squad. She had already built ties with Team Georgia through wrestling at multiple USA-sanctioned tournaments and was invited to join the team for the Oklahoma tournament.

Cook said Team Georgia didn’t finish as high as it would it would have liked in the June 14-18 event but pointed to the competition and talented squads like Team Florida.

In addition to the competition level, Cook saw a different type of wrestling in the freestyle tournament. She pointed in particular to a match against a wrestler from Arkansas.

“She, compared to me, it was just a very different style of wrestling,” Cook said. “I’m very focused on being technically sound and correct on things, and she was doing whatever in a lot of scrambling positions, which was different from what I usually see in Georgia.”

Cook hopes what she learned while competing in Oklahoma will carry over to her junior season on the wrestling mat.

“In Oklahoma, I started getting caught up in what everyone else was doing, which just messed me up for my next matches,” she said. “So, I just need to stay focused on what I’m doing and the team as a whole will come together in the end.”

With two third-place finishes to her credit already in the GHSA’s all-classification girls’ state tournament, Cook hopes to bring home a title during the upcoming high school season.

“I’m hoping to win state,” said Cook, who trains seven days a week at a facility in Suwanee, “and possibly win nationals because I placed higher at nationals than I did at state.”

Cook, who has already drawn interest from Fontbonne (Missouri) University and Northwest Kansas Technical College, also wants to place higher in the other high-profile national tournaments.

“The more I travel, I see many different girls, and better girls than I’ve never seen before and their wrestling style,” Cook said, “and I hope to learn from them possibly and eventually reach their level.”

While competing for Team Georgia this summer was important for Cook personally, she wants others to have the experience, too.

“I just hope this brings more awareness to these tournaments to my high school,” she said. “To see some of the people I wrestle with in the (practice) room at Jackson County at these big tournaments would be awesome, I feel. And I feel like they would have so much fun.”