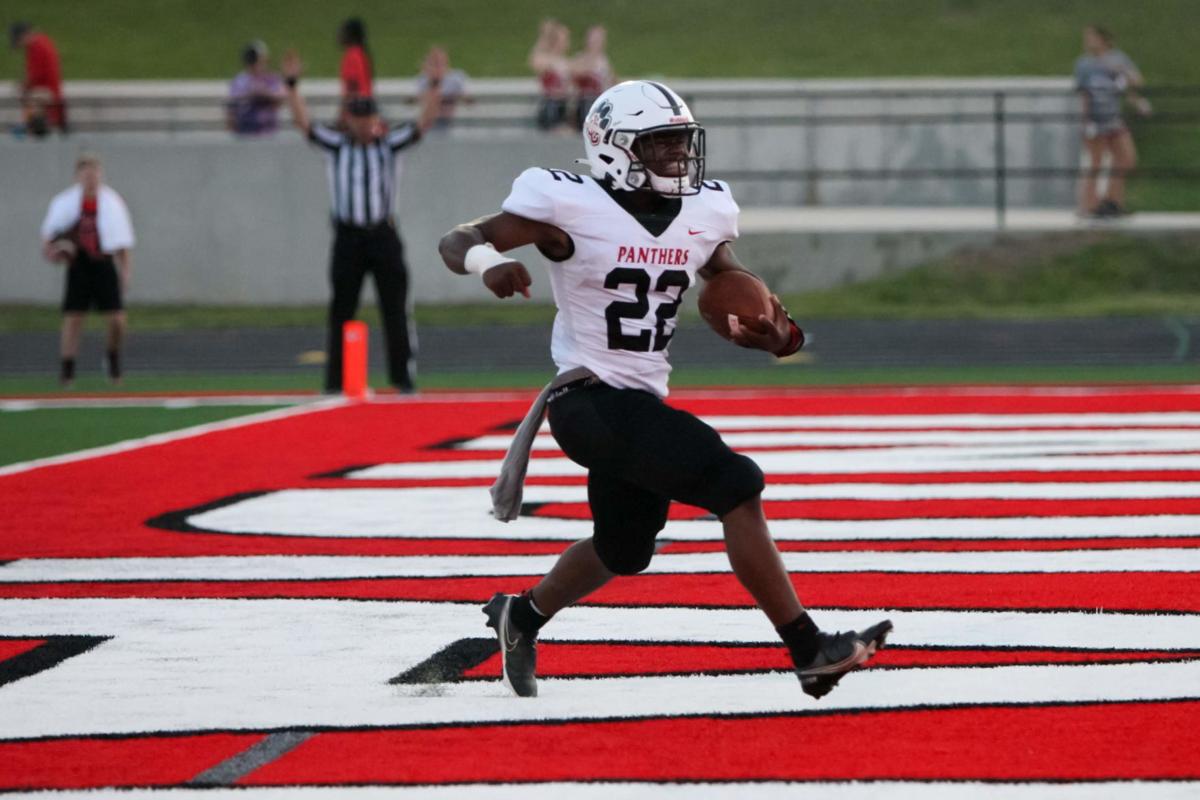 Tre Ransom sprints into the end zone to score a first quarter touchdown against Stephens County. 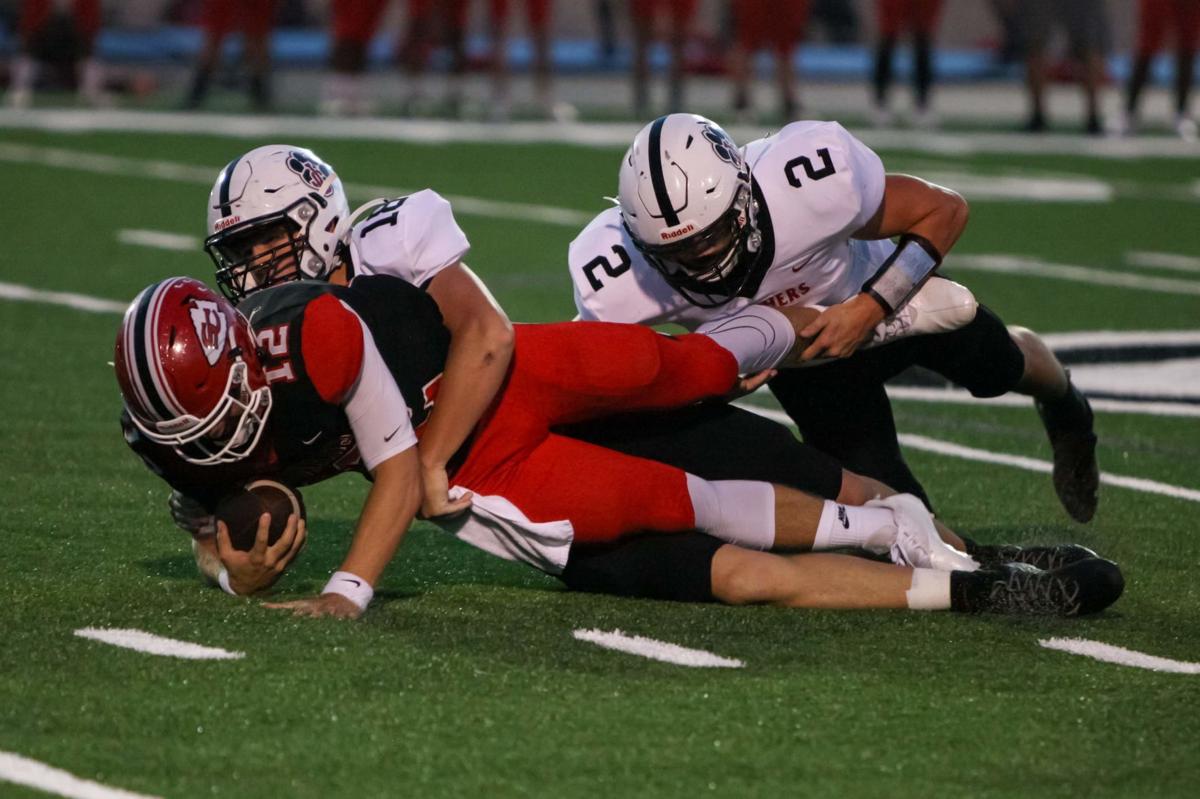 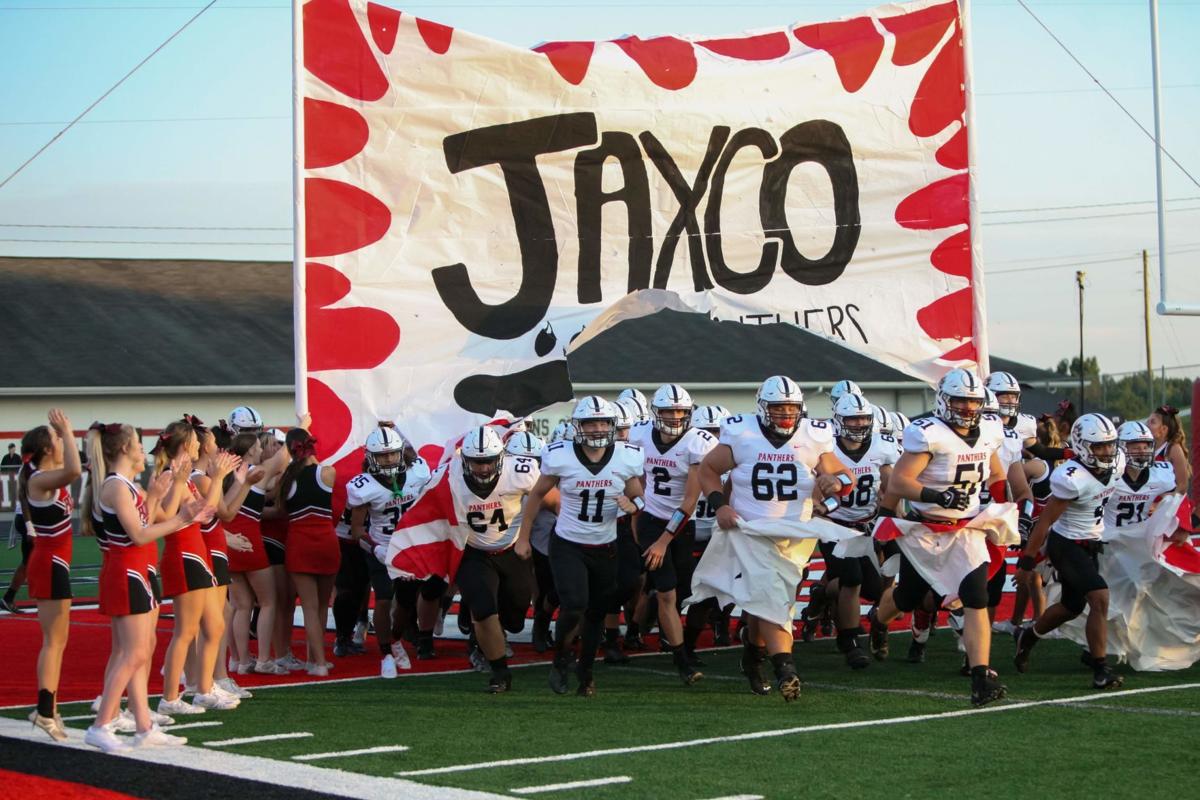 The Jackson County Panthers storm through the banner to take the field at Stephens County's "Reservation."

Tre Ransom sprints into the end zone to score a first quarter touchdown against Stephens County.

The Jackson County Panthers storm through the banner to take the field at Stephens County's "Reservation."

TOCCOA – At times Friday (Sept. 3), Jackson County outplayed Region 8-AAA foe Stephens County, but you wouldn’t know it by looking at the scoreboard.

The Panthers fell 29-12, but takeaway the Indians’ four best (or the Panthers’ four worst) and it’s a completely different ball game.

Stephens County scored the first touchdown of the game by intercepting an Isaiah Maxey pass and returning it 45 yards for a walk-in touchdown. The Indians also scored on an 83-yard screen pass, and on a 90-yard kickoff return.

Jackson County aided the Indians by losing a fumble, missing a point-after kick, and failing on a two-point conversion. A litany of false start penalties also plagued the offense, making Friday a night the Panthers wish they could do-over.

“The amount of mistakes we made were incredible,” said head coach Rich McWhorter. “You can’t make those kinds of mistakes against a good football team like Stephens County. Just way too many mistakes.

The 83-yard touchdown pass accounted for a quarter of Stephens County’s offense, and almost half of its offense through the first three quarters. Jackson County controlled the line of scrimmage for much of the game. But it did break in the third quarter, allowing a 20-yard carry by running back Tyson Everett and a 36-yard touchdown run by quarterback Ben Stowe.

The Panthers' offensive line paved the way for Tre Ransom to rush 120 yards on 16 carries. As a team, Jackson County rushed for 188 yards. Jackson County (1-1, 0-0 Region 8-AAAAA) managed to keep up with Stephens County in the first half.

The Panthers responded to the pick-six with a 71-yard scoring drive capped off by Ransom’s 29-yard burst into the end zone. A missed extra point kept the score at 7-6 with 6:31 left in the first quarter.

The Panthers responded with another scoring drive after the long screen pass by the Indians which made the score 14-6. This time, Connor Bejin led the offense with his arm.

He hit Markel Oliver for a 33-yard pass on the sideline to put Jackson County deep in Indian territory. He then hit Bailey Hamm over the middle for a 16-yard pass. The defender barely kept Hamm out of the end zone, but Bejin snuck in from two plays later anyway.

Jackson County attempted a two-point conversion to tie the game, but Bejin’s pass to Anthony Finley was off target. The score remained 14-12 with 3:48 left in the game.

That’s as close as the game would get because Stephens County (2-0, 0-0 Region 8-AAA) returned the ensuing kickoff 90 yards for a touchdown, extending the Indians’ lead to 21-12.

Jackson County was unable to pass the Indians’ 30-yard-line for the rest of the night and Stephens County added a final touchdown with a two-point conversion in the fourth quarter to win 29-12.