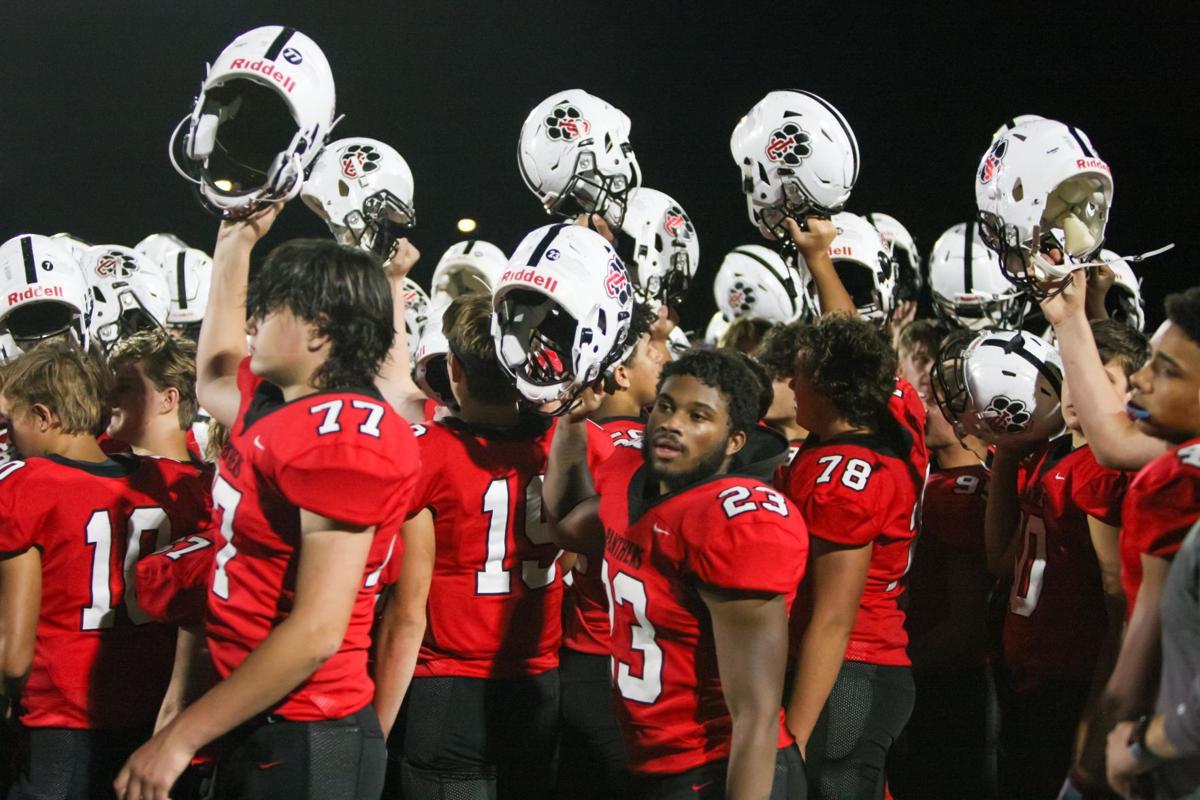 The Jackson County football team huddles on the field one last time after its near upset of defending region 8-AAAAA Champions Clarke Central. 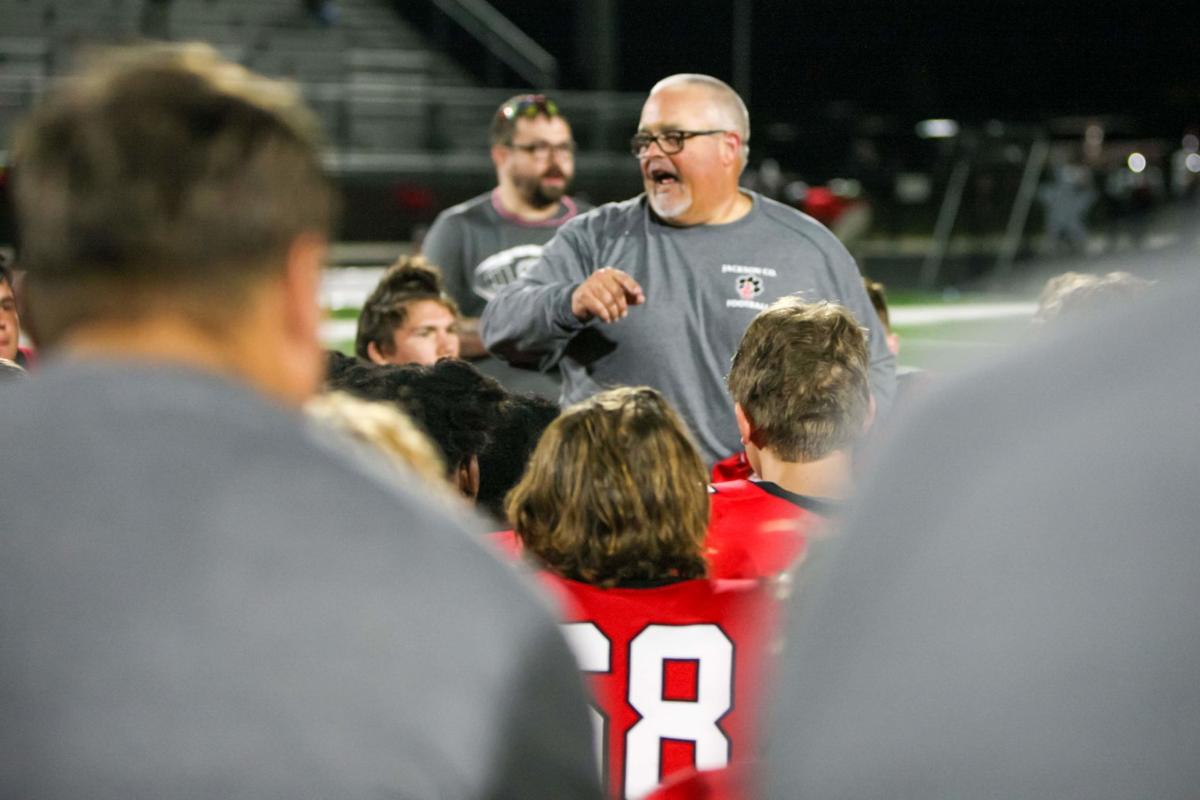 The Jackson County football team huddles on the field one last time after its near upset of defending region 8-AAAAA Champions Clarke Central.

The Jackson County football team was just mere minutes away from perhaps the biggest upset in school history Friday (Sept. 24) against Clarke Central.

The Panthers led the defending Region 8-AAAAA Champions 30-27 with less than two minutes on the clock. But after allowing a long touchdown run throwing an interception on the first play of its ensuing drive, Jackson County fell 34-30.

Rather than dwell on his team’s heartbreaking defeat, head coach Rich McWhorter was in good spirits after the loss knowing the team played very well to have one of the best programs in the state on the ropes.

‘I can’t wait for next week. I can’t wait to get back to work Monday and keep this thing going. We’re down to only five games left. We need to go out and get a couple.”

Jackson County (2-3, 0-2 Region 8-AAAAA) leader on offense was quarterback Connor Bejin. He was 16-of-22 passing with 320 yards and a pair of touchdown passes. Market Oliver caught both touchdown passes, he ended the game with five catches for 135 yards. Jaden Cofer was the leading receiver with six grabs for 147 yards. Anthony Finley added 40 yards on four catches.

However, when asked who he felt was the top contributor on the team on the team Friday was, McWhorter simply answered “the Panthers.”

“I want them to start thinking like a team and being a team,” he said. “There are a lot of individuals that did good things tonight and I’m proud of a bunch of them. My thing is, the back of our practice jersey says “team.” That’s what we’re all about. Everybody contributing and a lot of people contributed tonight.

“We have a lot of outstanding football players, but I want them to win together as a team and hurt together. That’s where we are.”

Before it could challenge Clarke Central for an upset, Jackson County had to overcome a 20-3 first-half deficit following a hot start from the Gladiators. Clarke Central had all of the momentum when it scored on an 80-yard kickoff return after Jackson County converted a field goal to cut the score to 6-3 in the first quarter.

The Panthers hit back in the second quarter with touchdown passes of 35 and 30 yards from Bejin to Oliver. Jackson County had Clarke Central’s lead trimmed to 20-17 at halftime. They finally tied the game 20-20 in the third quarter with a 17-yard field goal by Brice Rogers.

The Gladiators regained the lead soon after with a long scoring drive capped off by a one-yard run. But the next several minutes were all about the Panthers. Spurlin scored from 12 yards out to tie the game 27-27 at the end of the first quarter. In the fourth quarter, Rogers drilled a 31-yard field goal to give Jackson County its first lead of the game, 30-27.

Clarke Central got the ball back with plenty of time and it used a chunk of the clock before William Richardson took off for a 45-yard touchdown run to put the Gladiators back in front 34-30.

Cofer put the Panthers in good position for a late-game drive when he returned the following kickoff to his own 39-yard line. However, Bejin’s next pass was picked off by the Gladiators, ending Jackson County’s scoring threat before it could even begin. Clarke Central escaped Hoschton with a 34-3 win.

Jackson County isn’t eliminated from playoff contention yet as the Region 8-AAAAA standings are still wide open. The Panthers can begin a late-season surge this Friday (Oct. 1) on the road at Loganville.