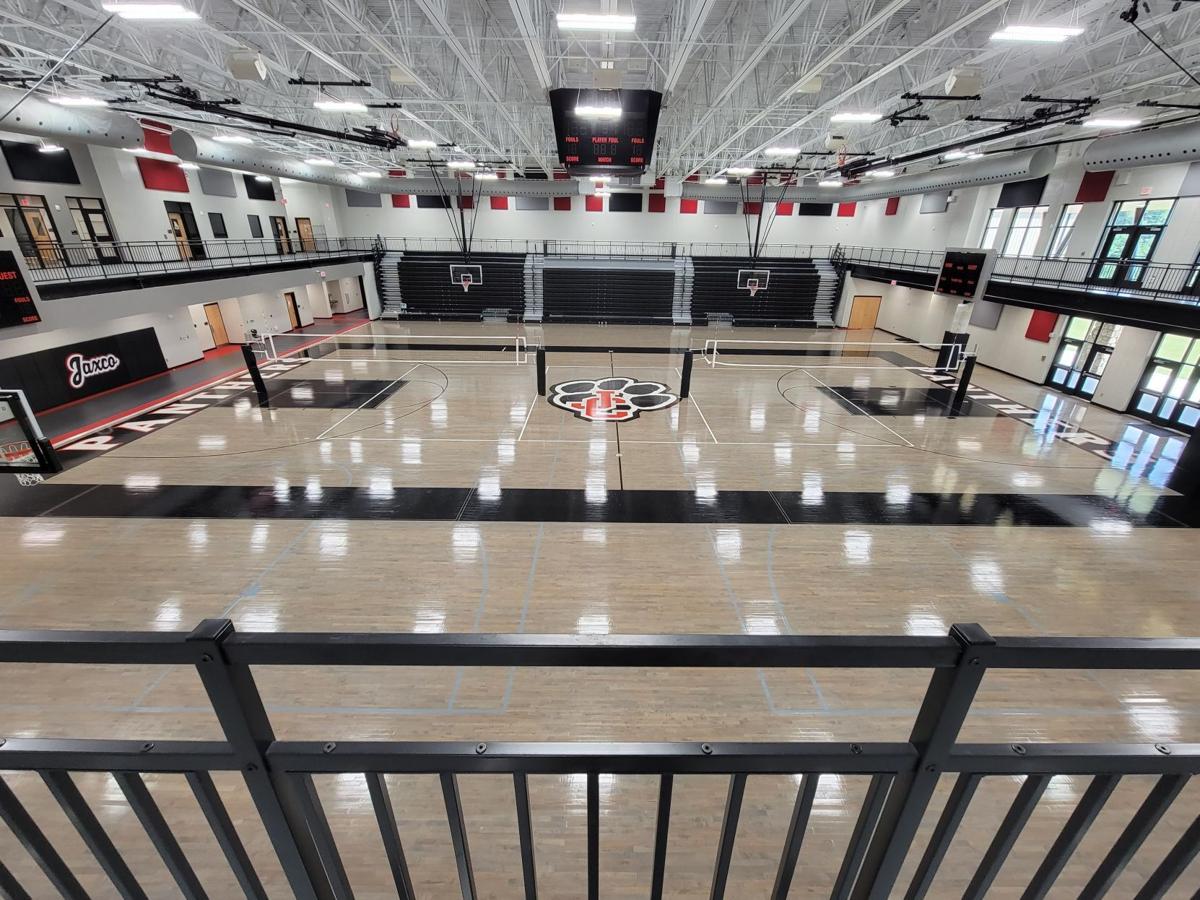 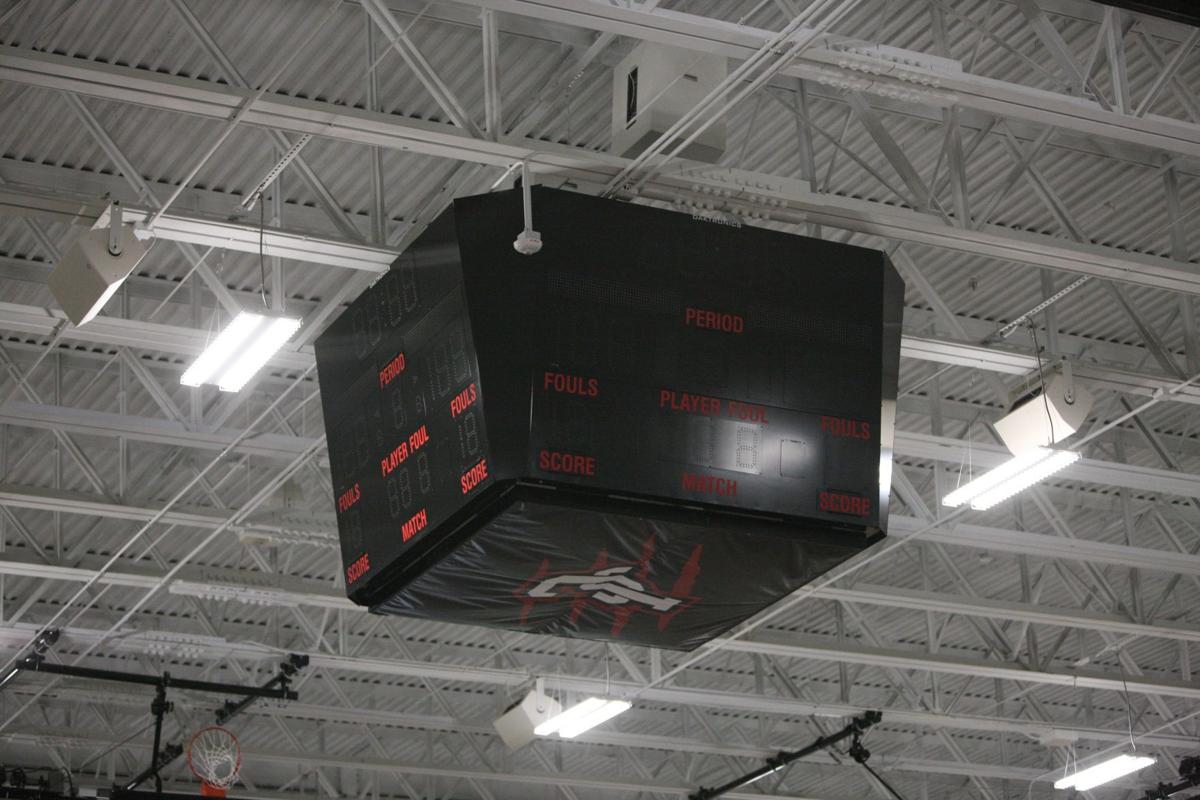 The new gym features a half court scoreboard displaying the score, game clock and other information on all four sides. 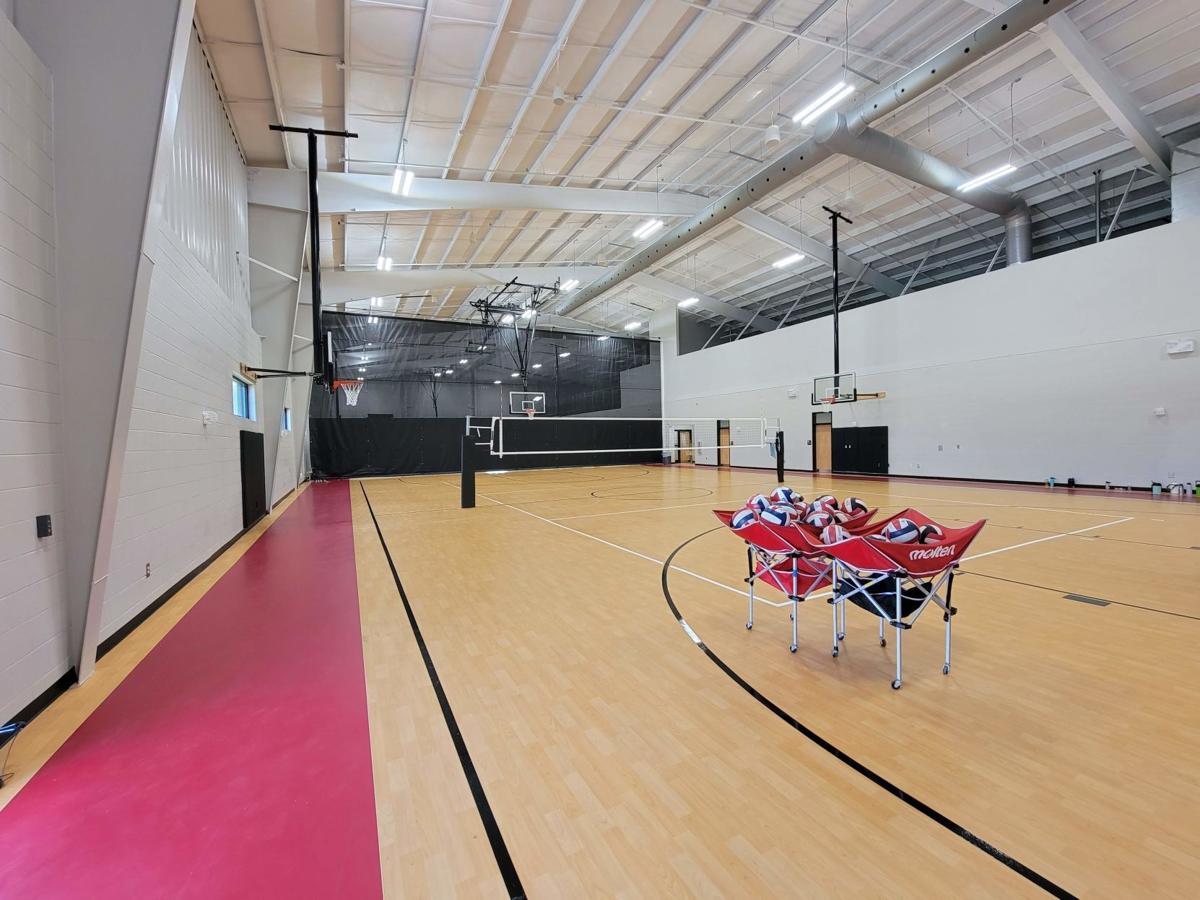 The new auxiliary gym features two basketball/volleyball courts with a retractable divider in between.

The new gym features a half court scoreboard displaying the score, game clock and other information on all four sides.

The new auxiliary gym features two basketball/volleyball courts with a retractable divider in between.

The new Jackson County High School gymnasiums are already a hit with the school’s volleyball team.

The Panthers moved into the new high school gyms last week for camp and preseason practices. Players and coaches couldn’t contain their excitement when talking about the new gyms. According to head coach Ron Fowler, everyone was ready to get into the new gyms as soon as the 2020-21 school year ended.

“The girls have been asking me everyday since school got out ‘when are we going to be able to go [to the new school],” Fowler said. “Parents have been asking too. Now that we’re here, everyone is just really excited to see this new space. Hopefully we can start the school year off strong in our new space.”

“I haven’t heard one parent yet who hasn’t been in awe of what we have here. It’s really going to be one of the top facilities in the state in my opinion.”

“Before, we had flip boards for scores,” Herrin said. “Now we have this big, giant thing in the sky keeping score for us.”

That “big, giant thing in the sky” is the halfcourt scoreboard, a first for any high school in Jackson County. It’s one of the first things guests will notice when walking into the new Panther Indoor Stadium.

The next things people will notice are how big the gym is without bleachers and the dark wood flooring which really stands out. Fowler is a fan of both.

“We’ve all said we love the gym, we’re excited to be here,” Fowler said. “We love the lighting here, it’s beautiful, it’s a big open space. I know everyone has really enjoyed the floor. It [the new floor] really pops. Especially with our center court and the way the white lines play out.”

Indeed, when Jackson County uses just one court for volleyball games, the white lines really do pop on the darker floor which should make life easier for players and officials.

Those aren’t the only features Fowler is excited about. The new arena is situated north-and-south and the only windows are on the south side, whereas the original Panther Indoor Stadium has windows on its east and west sides. This made the sun an occasional factor during volleyball games.

“At the old gym, on certain game days, the sun would come in at just the right angles,” Fowler said. “[It] would be a big disadvantage if you were on one side of the net because when you look up, you’re going to see it. Here, that should not be a problem.”

The team’s excitement isn’t contained to the new arena, the varsity players have already fallen in love with the new auxiliary gym and weight room. Sophomore Sydney McCutcheon says the varsity prefers to practice in the smaller auxiliary gym because it’s a more private space. Fowler says it’s helped the pace of practice.

“Our varsity has used the aux gym this week which we love because it’s a little bit smaller,” he said. “We don’t have to shag as far, it speeds up the pace of practice. So far, the transition has been great.”

The auxiliary gym, while a fraction of the size of the new Panther Indoor Stadium, is in no way a tiny facility. The aux gym has two basketball/volleyball courts with a retractable divider in between them, and a sizable weight room.

“Last year at the old high school we only had one gym,” Fowler said. “In the past we always had two over there. Having multiple gyms, not just for us but for other teams, when we’re in season, other teams have access to the auxiliary gym. We’re not overlapping with any other teams. It’s a great space where a lot of sports can really take advantage.”

Senior Katie Hitt is more excited about the weight room than anything because she knows the impact the upgraded equipment will have on the team.

“I like that the weight room is right here, we’ll put in a lot of good work,” Hitt said. “The equipment in the weight room, we love getting in the work. If we’re stronger, we’ll play better as a team. That’s what I’m really excited about, the weight room and all of the new equipment.”

More so than anything else, the volleyball team is excited for the Panther fans to finally experience the gym on game days. COVID-19 kept Jackson County from playing in front of the crowds it had become used to. Hitt believes the excitement of the new gym, coupled with the return of spectators will lead to even more fans attending games than before.

Of course, it helps to have a good team, which Jackson County does. The Panthers return every player from a team that finished third in Region 8-AAAAA play with just three region losses.

McCutcheon said "It feels like this is our year. We have our same team returning and now in these new facilities we get to show out.”