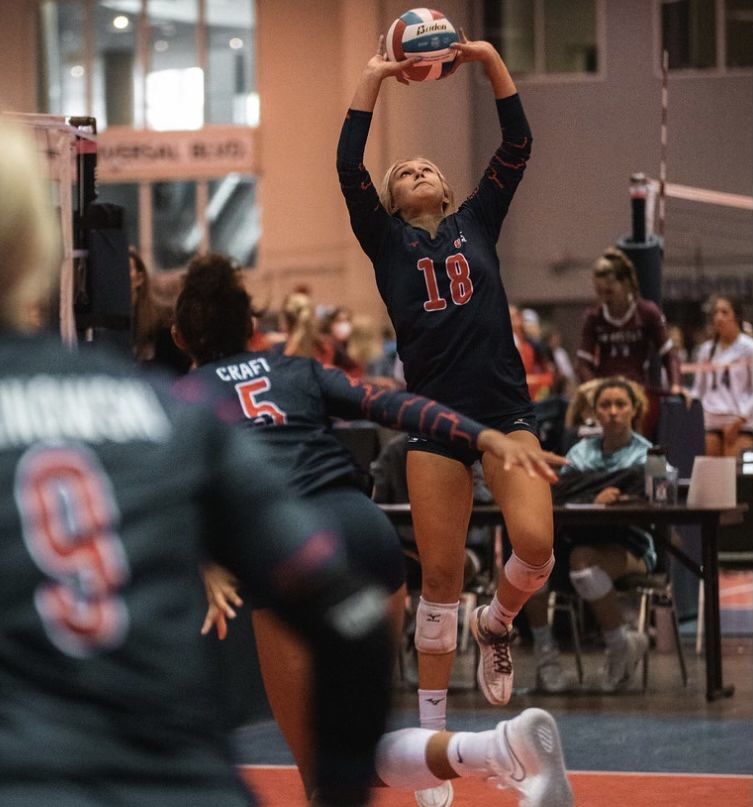 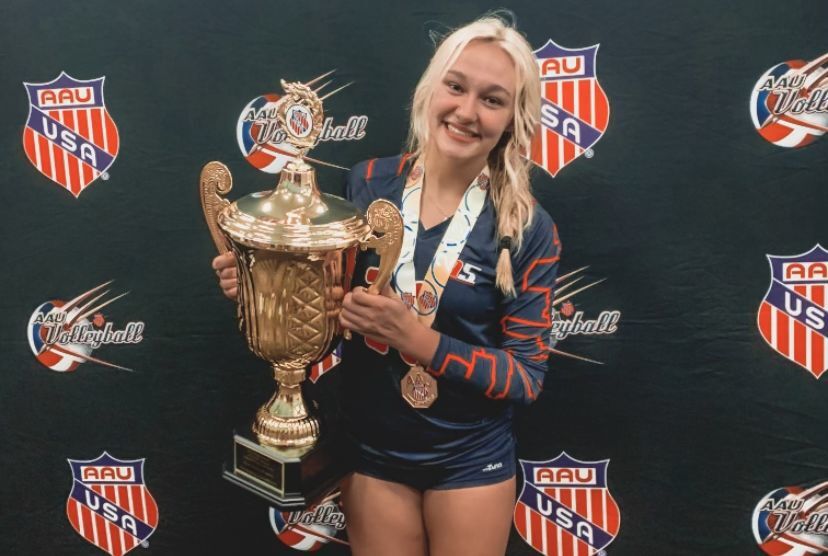 As Sydney McCutcheon looks forward to what she hopes is a big sophomore volleyball season, she’s already gotten quite the head start this summer.

The Jackson County setter, who handed out 712 assists as a freshman, was part of two national volleyball championships within a span of five days in late June with her Roswell-based club team.

The first came in an AAU tournament in Orlando, followed by a USA national tournament in Las Vegas. McCutcheon’s team, A5-15LA, beat Upward Stars out of South Carolina on June 25 for the AAU championship. It then defeated Memphis Academy on June 30 for the USA title, avenging a loss earlier this year.

McCutcheon and her teammates lost just once in 13 matches in four days during the Orlando title run. The team then flew out to Las Vegas, where it had already qualified for a bid, and won 11 matches over four days en route to being crowned national champions.

“All four days, the competition level was just extremely high,” McCutcheon said of the Las Vegas win. “They were from all over the country. They’ve trained at the highest levels. Whenever we played them, it took everything out of us.”

McCutcheon also pointed to the competition level in the later rounds of the AAU tournament bracket.

“It’s just insane how good these 15-year-old are that we played,” McCutcheon said.

The Panther standout estimates she played between 30-40 club matches this summer. McCutcheon hopes to translate the experience of winning two national titles to her sophomore high-school season.

McCutcheon — who began playing volleyball at age 7 (and was promptly moved up to a 14U team) — is also starting to consider her college volleyball options.

She said coaches aren’t allowed to reach out until June 15 of her sophomore summer but noted that hundreds of colleges coaches have been on-hand for these national tournaments. McCutcheon has recently received email correspondence from schools such as Florida, Samford and Western Carolina for questionnaires and camp invites.

“That’s all they can really do right now,” McCutcheon said.

She plans to attend a July 6 camp at Mississippi State — her preferred college choice — and will later attend a college showcase where she hopes to grab the attention of other colleges high on her interest list, including Tennessee.

Meanwhile, she feels she has plenty of momentum heading into the high school season after what’s transpired this summer.

“100 percent,” she said. “I feel like everything from this past season, all the energy I still have, just reliving those moments, I’ll definitely be able to bring that back to Jackson County … and keep the momentum going and get everybody involved, get everybody excited and show them how exciting it can really be if we take it far in the state tournament.”