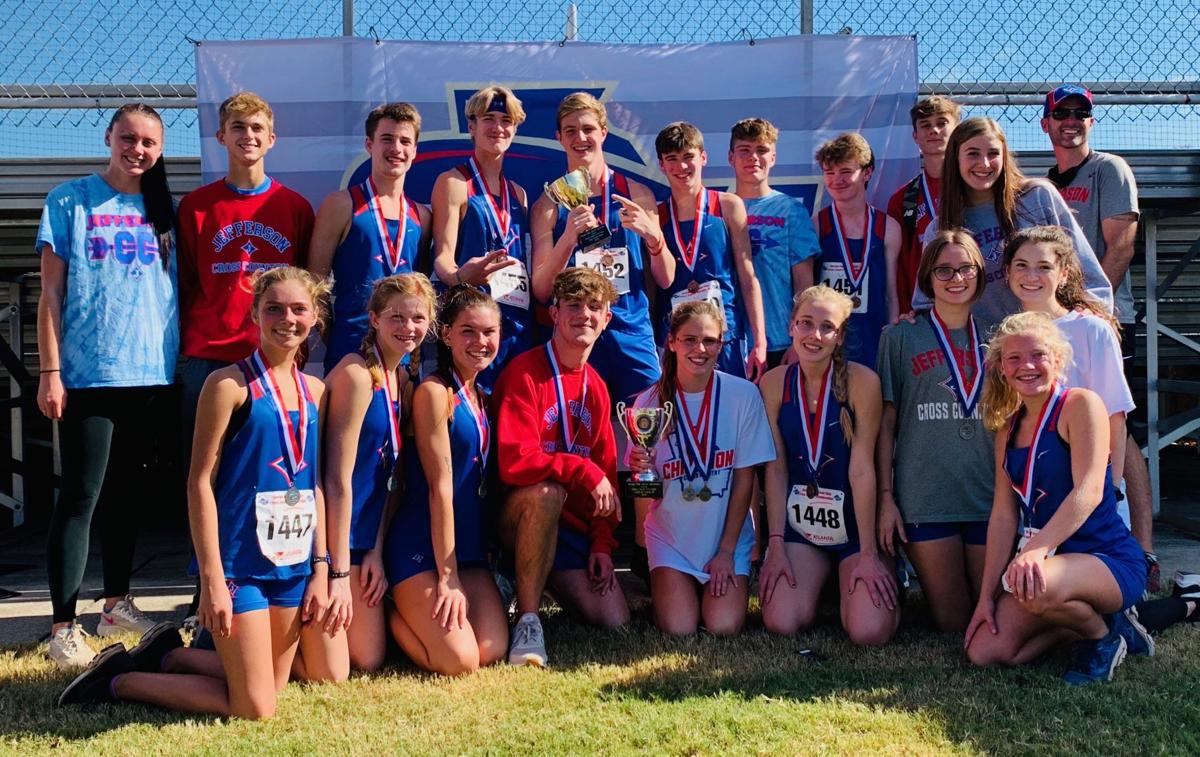 The Jefferson cross country teams enjoyed a banner day at the state meet Friday (Nov. 6) with Katherine Law winning the Class AAAA girls' individual state title, the girls placing second as a team and the boys taking fourth in the team standings. 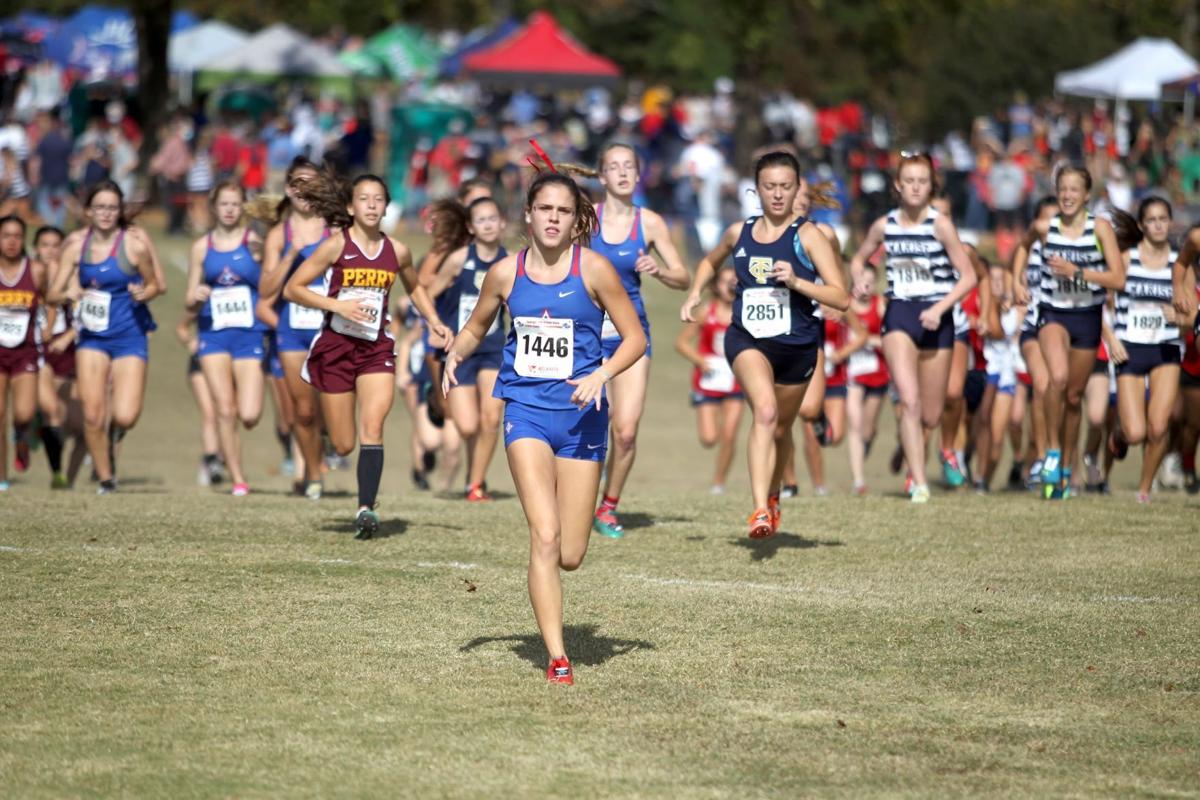 Jefferson's Katherine Law jumps out to an early lead in the Class AAAA girls' state championship race. Law ran a 19:24 to win her first title.

The Jefferson cross country teams enjoyed a banner day at the state meet Friday (Nov. 6) with Katherine Law winning the Class AAAA girls' individual state title, the girls placing second as a team and the boys taking fourth in the team standings.

Jefferson's Katherine Law jumps out to an early lead in the Class AAAA girls' state championship race. Law ran a 19:24 to win her first title.

CARROLLTON — When Katherine Law crossed the finish line Friday in Carrollton, there was one overriding emotion.

Class AAAA’s top-ranked female runner fended off Marist freshman Ruby Little on the back half of the Carrollton High School course and sprinted to the finish line to win the state title by a three-second margin.

“I’m really not a sprinter at all the end, so for me to win on a sprint like that, it’s never happened before,” Law said.

And now, Law — already a decorated runner with two region titles and a top-10 finish at state — has her state championship.

The junior runner became the school’s first female cross country champion on what turned out to be the a historic day overall for Jefferson’s program.

The Jefferson girls’ team — with four runners in the top 13 — finished as state runners-up, marking the highest finish ever in school history.

"They ran amazing," Law said of her teammates. "And that was the main goal — the team."

Jefferson’s girls placed behind powerhouse Marist, but finished in second in commanding fashion by beating third-place North Oconee by 53 points to make history.

“I feel like we performed well,” Schroeder said. “Marist is a really strong team, but this is the best we’ve done in a long time, and I’m really happy for our team.”

Going out with a runner-up finish was particularly special for Schroeder, who was running in her final state meet.

“It feels really awesome, especially for my senior year,” said Schroeder, a former region champion who is considering running in college. “It’s my last year, so it’s a great way to end my season here.”

Meanwhile, the boys team also took home a trophy with a podium finish by placing fourth.

Lees praised the boys for their fourth-place showing.

“That was amazing,” Lees said. “They really had to work for that one. Going into it kind of seeded fifth, we knew they were going to have to work for it, and that’s exactly what they did.”

Jefferson’s performance in the state meet capped the program’s first season under Lees, who moved up from the middle school ranks to take over the varsity this year.

The top two runners in the Class AAAA girls race didn’t disappoint. Law jumped out to an early lead, but Marist’s Little made a strong move in the second half of the race and was running neck-and-neck with Law at the two-mile mark. But Law began to separate from Little with about half a mile remaining and finished off the race just ahead of the freshman.

“She’s an amazing freshman at Marist, one of the best in the state and in the nation,” Law said. “I knew watching race film that she’s a second-half type of runner.”

“Definitely,” she said. “Especially since there were video cameras before the races. It was a little stressful, but I was trying to put my mind on just the race itself.”

Speaking of stress, Lees said the race was a bit nerve-racking for the coach to watch.

“I told Katherine, I said, ’don’t worry me like that,’” Lees said. “She said, ‘You were worried? I was worried.’ Once she came out on the field right before separation slope, she got the lead, she held the lead. I’m really happy for that.”