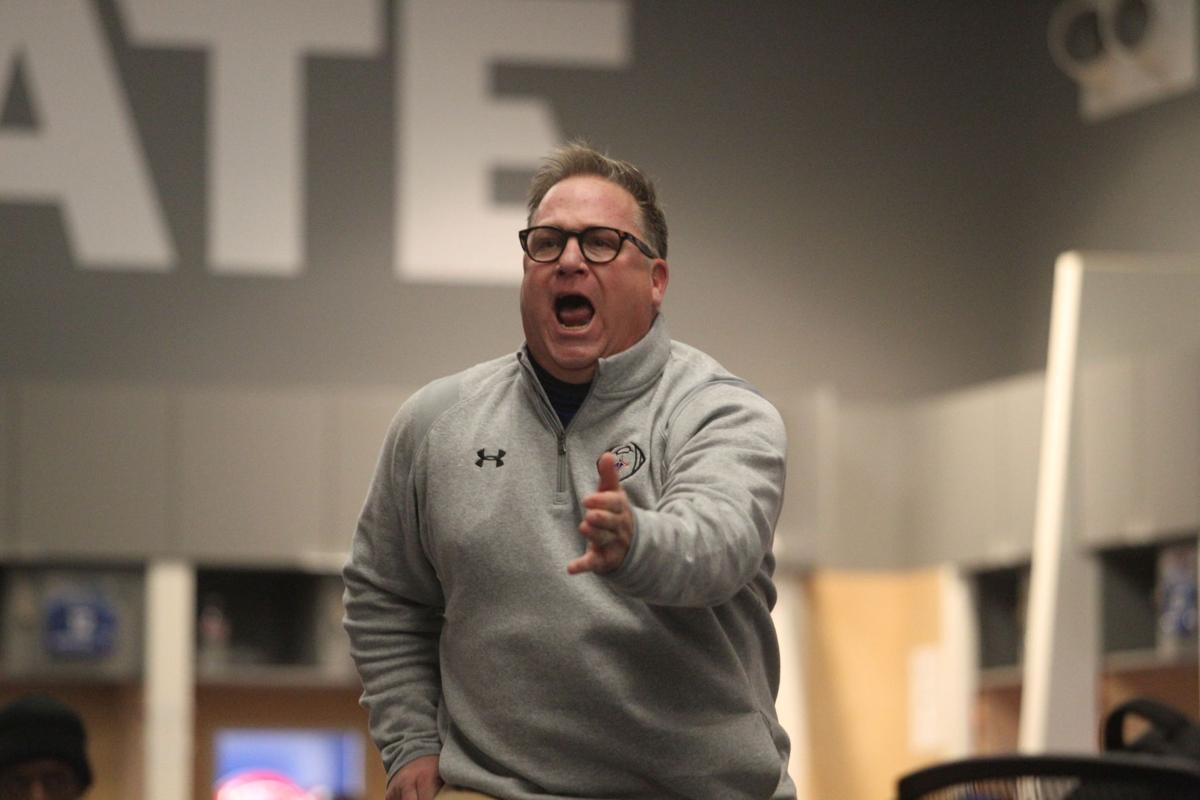 Jefferson coach Gene Cathcart delivers a speech to his Dragon team before they take the field in the state finals Tuesday (Dec. 29) against Marist. 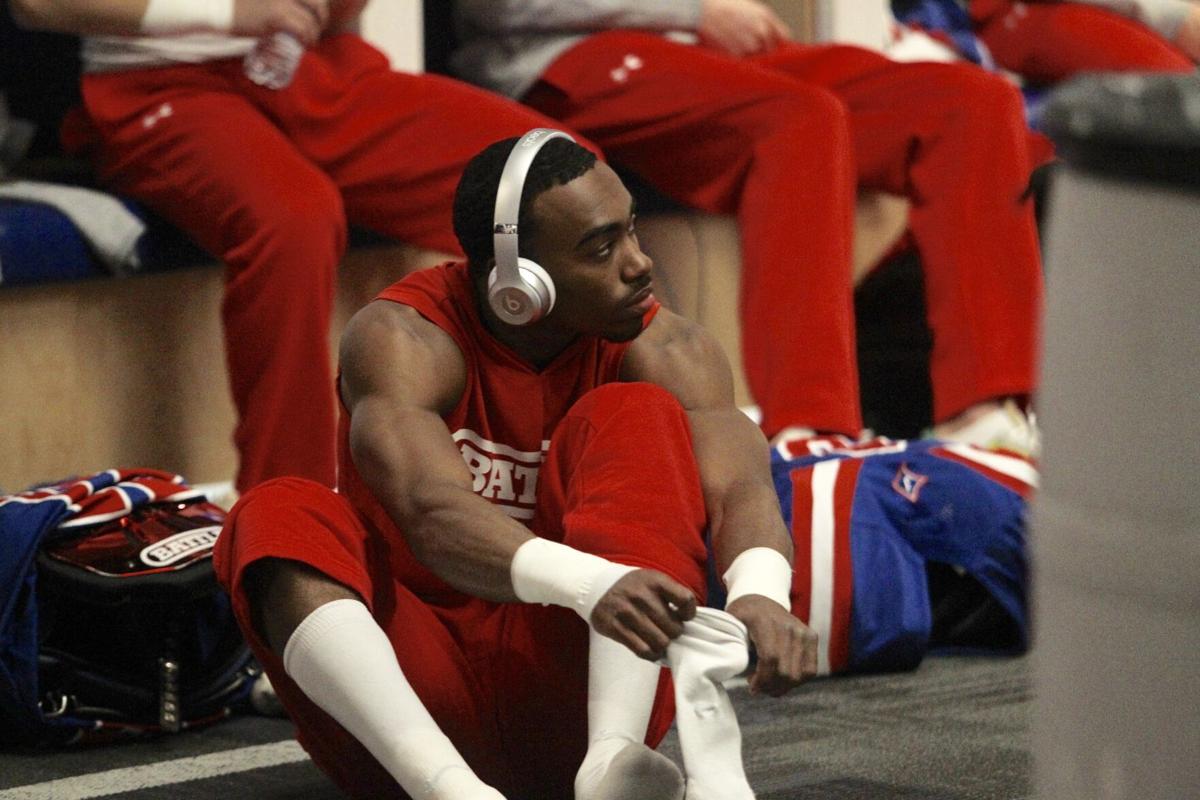 Jefferson's Kam Robinson gets ready in the locker room prior to the Dragons' state finals game with Marist Tuesday (Dec. 29).

Jefferson coach Gene Cathcart delivers a speech to his Dragon team before they take the field in the state finals Tuesday (Dec. 29) against Marist.

Jefferson's Kam Robinson gets ready in the locker room prior to the Dragons' state finals game with Marist Tuesday (Dec. 29).

The Jackson Herald was granted behind-the-scenes access for the Jefferson football team's state championship game against Marist. Here is a log of the day's events from reporter Ben Munro.

Noon — The convoy of buses carrying a travel party of 113 people pulls out and heads south on Memorial Drive where red-and-blue-clad Jefferson fans have lined both sides of the street to send the team off.

12:20 p.m. — Out on the road, the mood on Jefferson bus No. 4 — which includes some of the younger Dragon players on the roster, the team’s stat crew and two media members (including this reporter) — is subdued. Some players are napping, while others listen to headphones or look out of the window.

1:05 p.m. — The team has arrived at Georgia State’s Center Parc Stadium. In the locker room, a GHSA official welcomes the Dragons and congratulates them for reaching the finals. He also reminds them that the “big eye will be on everybody” in the televised state finals.

1:58 p.m. — The mood is relaxed and easy-going during pregame in the locker room. Some players have their ankles taped on the training table while others take in the broadcast of the Callaway-Fitzgerald finals game.

2:47 p.m. — The mood becomes much more serious when head coach Gene Cathcart delivers a spirited pre-game message, which includes a reference to the book of Samuel and the Old Testament to remind his team of when David slew the Philistine Goliath with a rock.

3:38 p.m. — Kickoff arrives. Jefferson immediately deals with bad field position, something that would become a theme of the day.

4:15 p.m. — Jordan Perry’s second of his two touchdowns, which sees him escape the grasp of three Marist defenders behind the line of scrimmage, ties the game 14-14.

5:35 p.m. — Marist’s Ian Otten scores on a 6-yard run, giving the War Eagles a 23-14 lead with 10:58 left in the game. Jefferson has been unable to overcome poor field position during the entire second half.

5:55 p.m. — Marist goes into victory formation, having outscored the Dragons 16-0 in the second half.

6:13 p.m. — The postgame locker room is quiet, with some players holding back tears as hopes of a state championship and the school’s first 15-0 season have come to an end. Cathcart tells his players the two best teams in Class AAAA had just slugged it out. “We didn’t lose,” he tells the team. “We got beat. There’s a huge difference. It may feel the same, but it isn’t the same … I want you to understand you don’t have to have a ring on your finger to be family and one of the teams I’m most proud of in my whole life.”