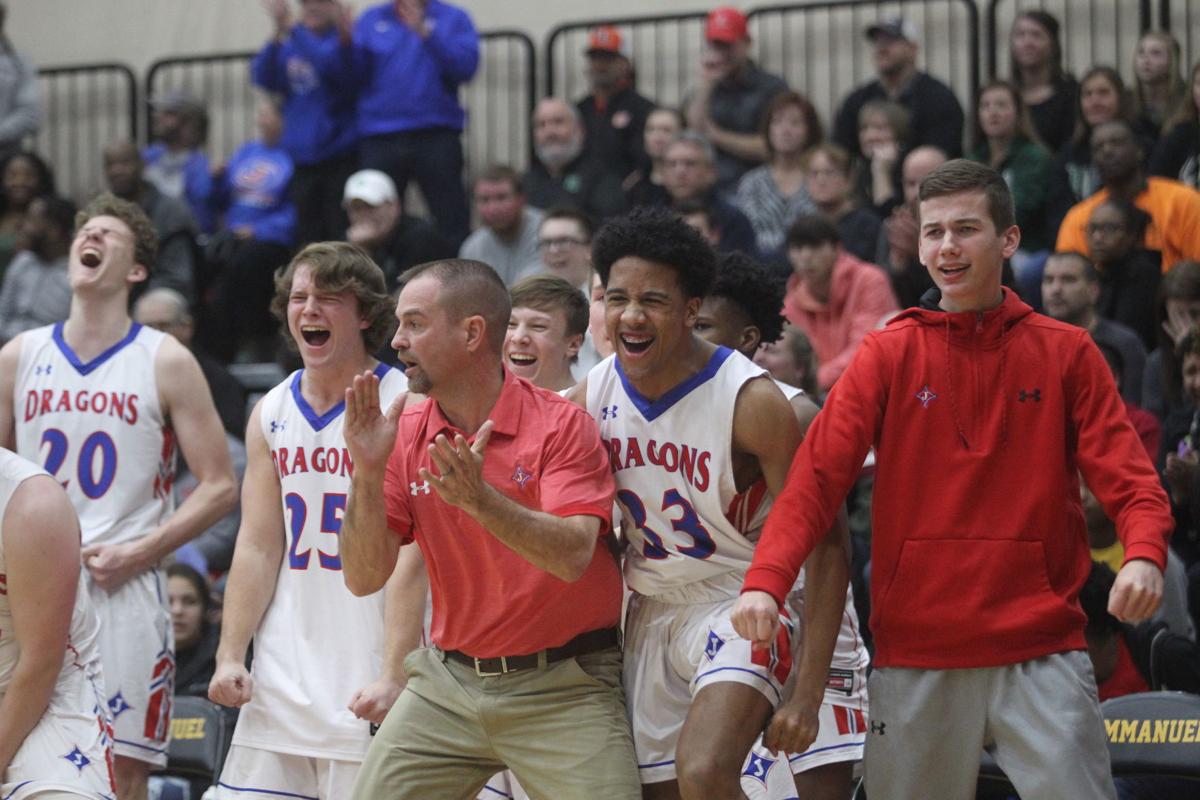 The Jefferson bench erupts in cheers after a 3-point basket in the Dragons' 76-67 victory over Franklin County Monday (Feb. 10) in the Region 8-AAA boys' title game. 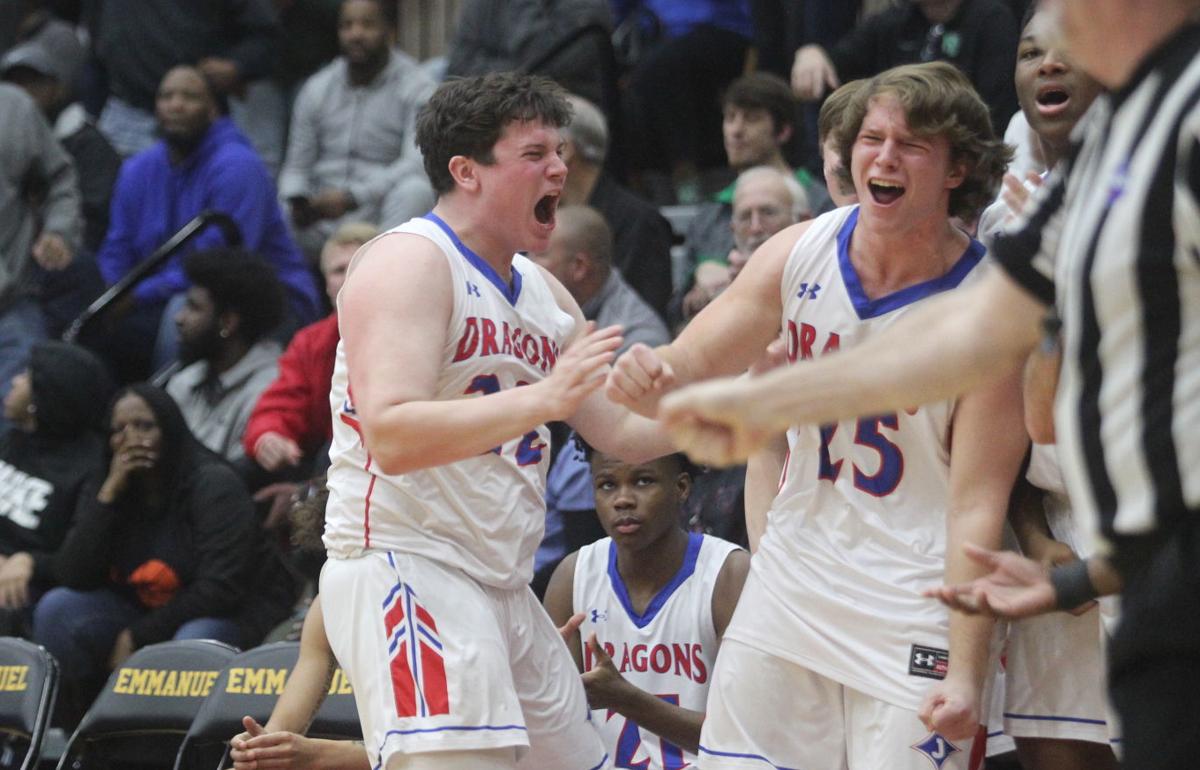 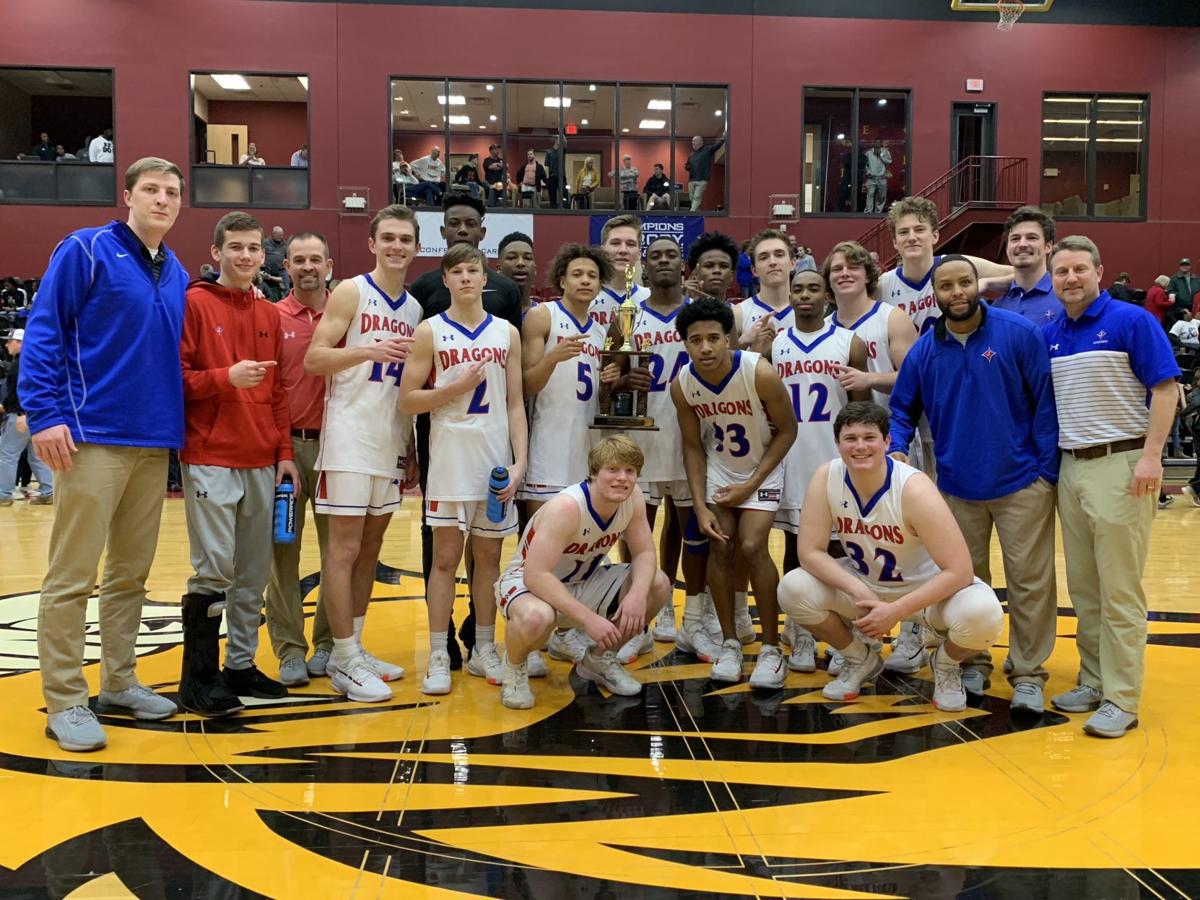 The Jefferson boys' basketball team won its first region title since 2014 with a 76-67 win over Franklin County Monday (Feb. 10) at Emmanuel College. 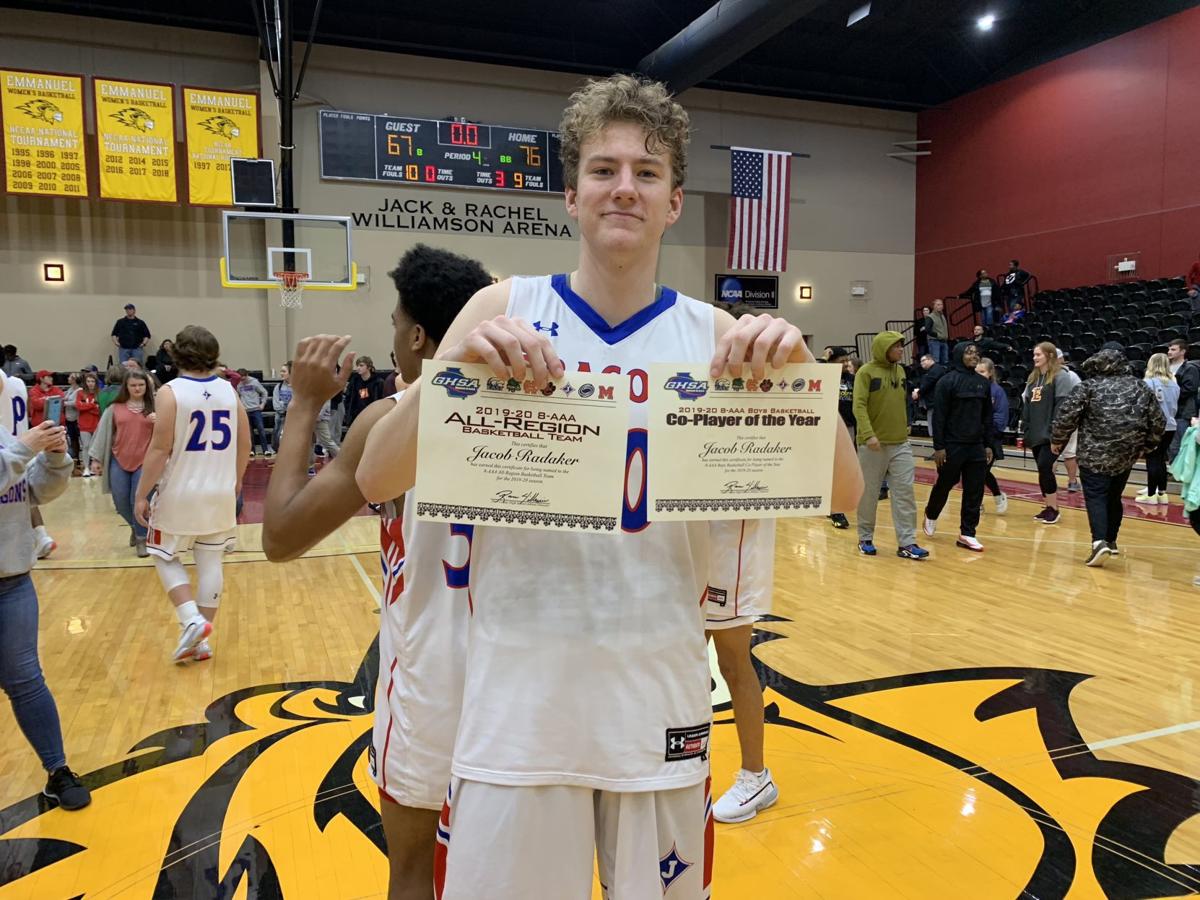 Jefferson's Jacob Radaker was named the Region 8-AAA Boys' Co-Player of the year.

The Jefferson bench erupts in cheers after a 3-point basket in the Dragons' 76-67 victory over Franklin County Monday (Feb. 10) in the Region 8-AAA boys' title game.

The Jefferson boys' basketball team won its first region title since 2014 with a 76-67 win over Franklin County Monday (Feb. 10) at Emmanuel College.

Jefferson's Jacob Radaker was named the Region 8-AAA Boys' Co-Player of the year.

FRANKLIN SPRINGS — The Jefferson boys’ basketball team’s mission statement has been to “change the banner.”

There will be at least one new banner hanging in Jefferson’s arena now.

“This one means everything,” Dragon senior post player Jacob Radaker said. “Coach (Kevin) Morris has put his heart into our team, and everyone else has, too, all the players. This is amazing. This is awesome.”

This was the first region title for Morris in his 18-year career. The coach praised his seniors.

“It’s been a process,” said Morris, who is in his third year at Jefferson. “This group of seniors has been with me since they were sophomore starters … I told them on senior night that 'you’re not the first group I’ve had that went four years, you’re not the first group of seniors,' but when I look back 10 years from now, 15 years from now, about how everything changed, this will be the senior group I think of.”

In the victory, Jefferson parceled out its scoring effectively with five Dragons reaching double figures to earn its ninth-straight win and secure a No. 1 seed for the Class AAA state tournament.

“That’s kind of been the way we’ve gone all year long … Who does the other team choose to stop?” Morris said. “It feels like we come into a game, and we know the other team’s No. 1 option, maybe the No. 2 option. But for us, that could be a different person every night.”

Jefferson led a nip-and-tuck first half 40-36 after Owen Parker and Darby sank back-to-back 3-pointers in the final minute of the second quarter.

“We did a good job of finding him when he was hot,” Morris said, “and what a lot of people don’t understand is because he was hot, and they have to go out there, it created a lot of lay-ups and driving for Owen (Parker) and Daniel (Parker) and for Kam (Robinson) because there’s no help, because they won’t help off of Spencer.”

The Dragons never trailed in the second half, though Franklin County cut Jefferson’s lead to 44-43 with a basket from Keylan Rutledge with 3:45 in the third quarter. But a 10-4 spurt, triggered by a traditional 3-point play from Daniel Parker, gave the Dragons a 54-47 lead to start the fourth quarter.

Jefferson’s lead dipped to four points (61-57) midway through the final frame, but a basket from Radaker and another traditional 3-point play from Daniel Parker gave Jefferson a 66-57 lead. The Lions cut the lead back down to five points (71-65) with 30 seconds left but Jefferson converted 5-of-6 free throws down the stretch to lock up the win.

Radaker, who was named the Region 8-AAA Co-Player of the Year after the game, said this was a hard-fought win.

“Franklin is a solid, solid team,” he said. “They’re definitely No. 2 in our region. They played a really close game. It could have gone either way … They’re a really great team, and I wish them luck in the state tournament, too.”

The Dragons open play in the first round of the state tournament Friday (Feb. 14) at 7:30 p.m. at home against Region 6-AAA No. 4 seed Adairsville.

“State is the goal — a state championship,” Radaker said. “It starts with the game on Friday. So, if we can get that first win, we’ll be good.”