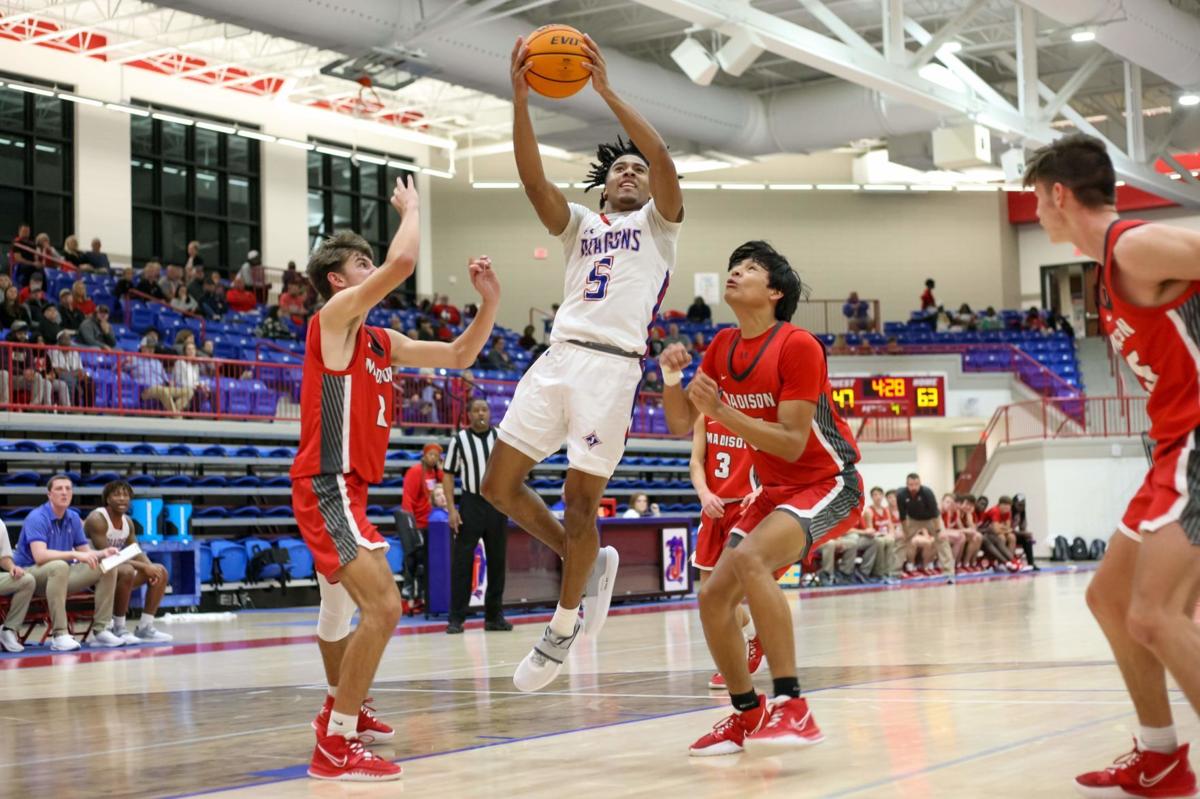 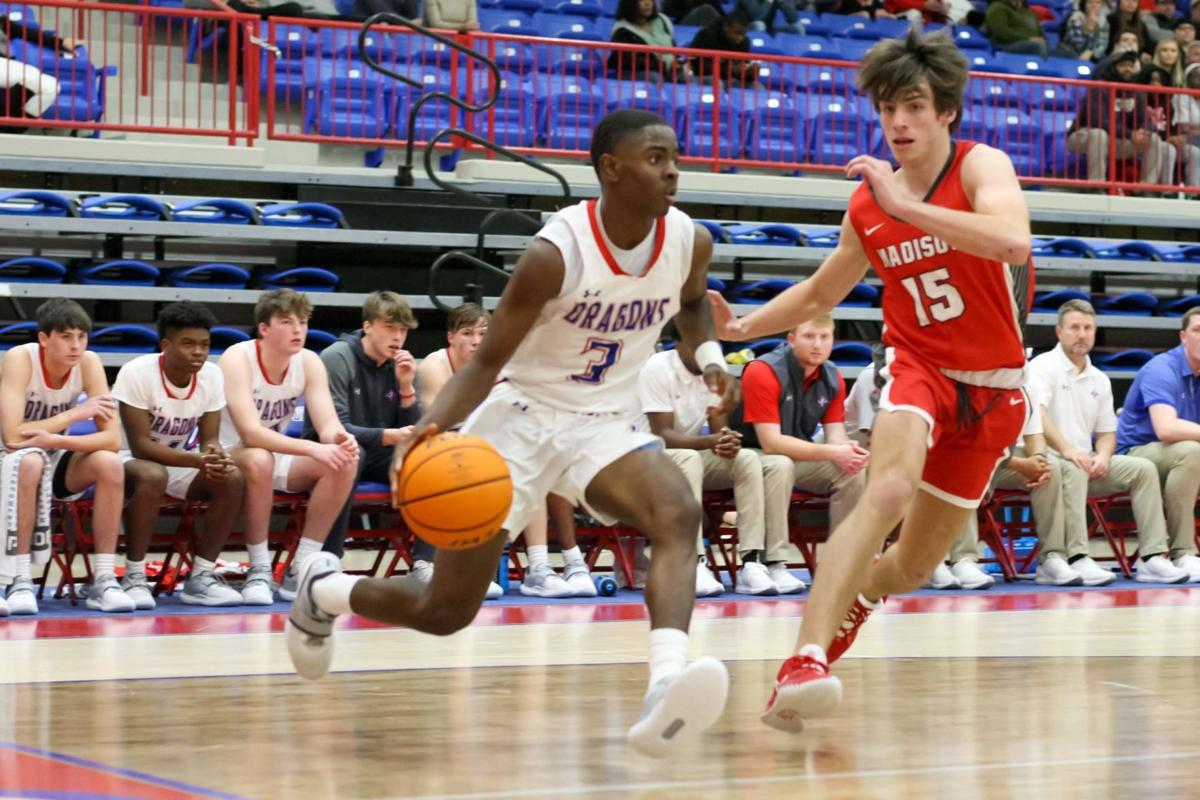 “I’m really proud of our guys and how they battled tonight. It was a grind.”

Jefferson (7-0, 1-0 Region 8-AAAA) led throughout the game, but it didn’t dominate early. The Dragons went back-and-forth with Madison County (5-1, 0-1 Region 8-AAAA) in the early minutes. Jefferson finally took a two-score lead in the middle of the first quarter when Drew Williamson knocked down a pair of free throws.

Every time Jefferson stretched its lead, Madison County found a way to get back in the game. Williamson’s free throws were part of an 11-0 run which stretched Jefferson’s lead to 17-5 late in the first quarter. By the end of the quarter, the Red Raiders had the lead trimmed down to 19-11.

Jefferson built a 36-20 lead by the closing minutes of the second quarter, but Madison County rallied again and Jefferson settled for a 36-24 halftime lead.

Bailey only scored two points in the first half, but his emergence on offense in the second half helped the Dragons put Madison County away. He scored nine of Jefferson’s 19 third-quarter points. More importantly, he forced the Red Raiders to guard him more closely in the post, opening outside shots for Gales and Tra’ Harrison. Both drained three-pointers in the quarter.

“We didn’t do a very good job of finding him,” Morris said. “We talked about it at halftime. We talked about making an effort of looking in there. We missed him several times. Him posting and being a presence in there, it opens things up for everybody else.”

With Bailey dominating in the paint, Jefferson extended its lead to 55-36 by the end of the third quarter. The margin floated in the high teens until layups by Bailey and Harrison stretched the lead to 71-47 late in regulation. Madison County scored seven points against Jefferson’s bench to cut the score to 71-54 before the final buzzer.

Jefferson has a quick turnaround as it hosts Mill Creek (1-6, 0-1 Region 8-AAAAAAA) on Saturday (Dec. 11). Madison County will regroup over the weekend before resuming region play on Tuesday (Dec. 14) at home against North Oconee (6-1, 0-0 Region 8-AAAA).