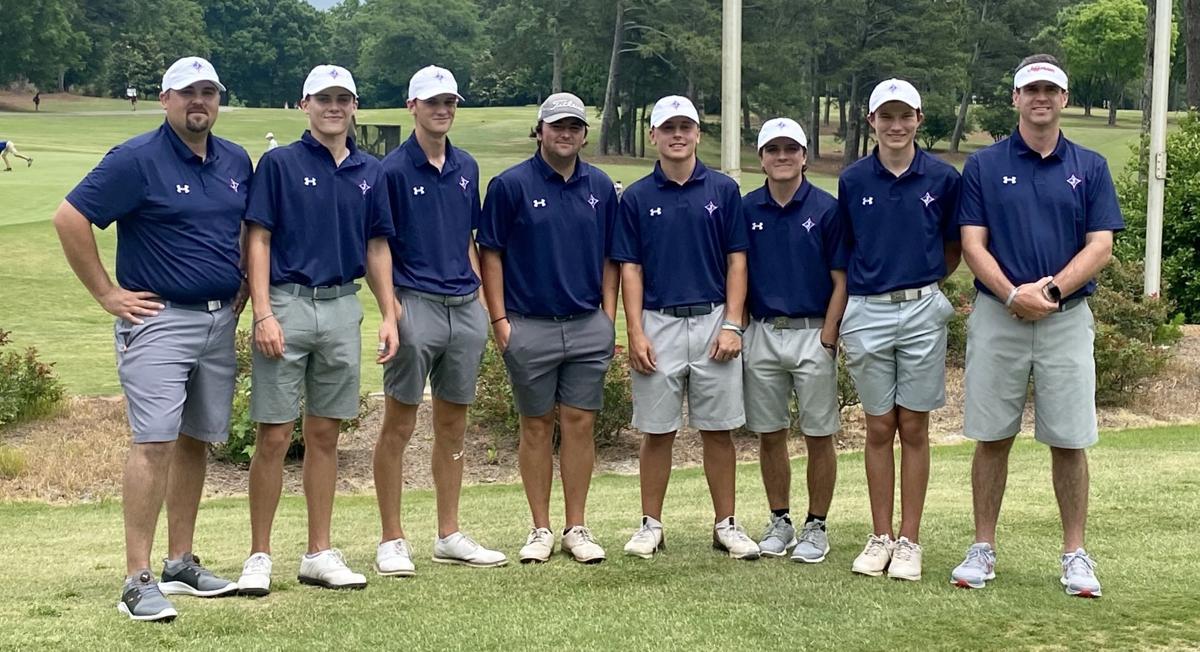 The Jefferson boys' golf team shot a school-record two-day total of 630 to finish seventh at the Class AAAA state tournament. 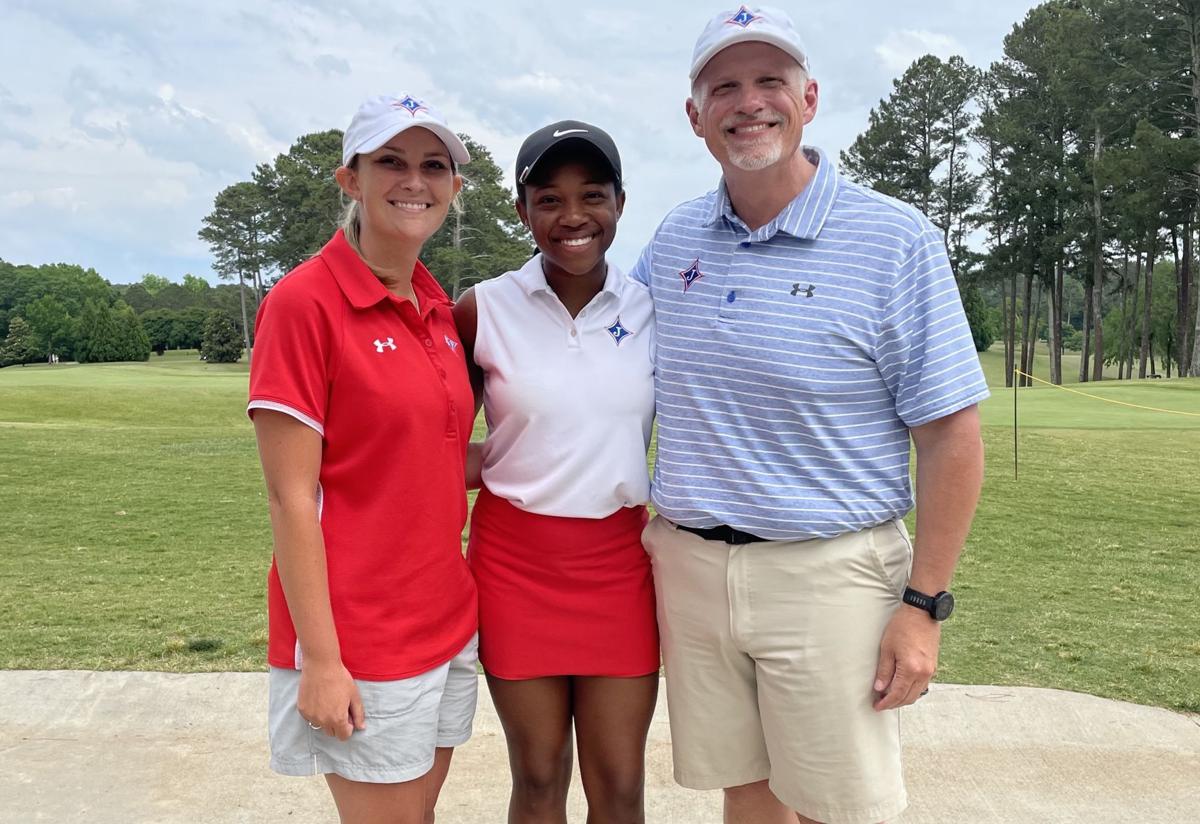 Jefferson's Shamiya Johnson shot a 204 at the Class AAAA girls' state tournament, including a personal 18-hole best of 95 on the second day of the event.

The Jefferson boys' golf team shot a school-record two-day total of 630 to finish seventh at the Class AAAA state tournament.

Jefferson's Shamiya Johnson shot a 204 at the Class AAAA girls' state tournament, including a personal 18-hole best of 95 on the second day of the event.

A Jefferson boys’ golf team that set school scoring records this spring closed its season with another record-breaking mark.

The Dragons placed seventh at the Class AAAA state tournament, shooting a program-best two-day score of 630 at the University of Georgia Golf Course.

The tournament was held last Monday and Tuesday (May 17-18).

“We had a very strong showing at the state tournament and we are extremely proud of our guys,” Dragon golf coach Matt Sims said.

Jefferson stood in third place after the first day, firing a 304 and breaking the program’s 18-hole scoring record. Three Dragons shot sub-80 rounds, including a one-over-par 72 from Micah Webb.

“On Day One, from top to bottom, 1-6, played great,” Sims said. “Micah Webb played his best golf of the year, and maybe his career.”

Jefferson carded a second-day 326 to slip to seventh on the leaderboard. The Dragons finished just two strokes away from tying for fifth.

“Day Two started off a little shaky, but the guys hung in there and were able to put together a pretty good round and post a 326,” Sims said.

“Micah has had a tremendous season, and it was awesome to see him put everything together and shoot as low as he did, because we have known all year he had that kind of round in him, and he did it on the biggest stage of the year, so that was special,” Sims said.

Jameson Wall finished with a pair of sub-80 scores and a two-day total of 154. He opened with a 78 and led the Dragons on the final day with a 76.

“Jameson Wall did what he has done all year, just play steady golf from start to finish posting a 76,” Sims said of Wall’s second-day showing. “That was a great way to close out a great senior year for him.”

Tanner Bronnum shot a first-day 75, tying his season-low, and followed with a second-day 85 to finish with an aggregate score of 160.

Tripp Dye also competed in the tournament, shooting a 177 (85-92) over the course of the two days.

“All in all, we are extremely pleased with our finish and the way the guys played,” Sims said. “You really couldn't ask for more from our players. Each one shot right at or below their average over the two days, and to be able to be in the final pairings with Marist and North Oconee was really fun and a great experience for our guys.”

Jefferson, which set school scoring records for nine, 18 and 36-holes this season, will lose Webb, Wall and Barker to graduation.

“Losing our three senior starters will hurt a little, and they will definitely be missed,” Sims said. “They have really worked hard to get to this point and it has been a pleasure to watch them grow and improve over the last several years. Jameson, Micah and Ease were the leaders we needed, and they showed what hard work and dedication can do.”

Jefferson will return Bronnum, James and Dye, along with Isaac Warren. Sims said if those four continue to improve, “we we will be in good shape moving into next season.”

On the girls’ side, senior Shamiya Johnson reached the state tournament as an individual qualifier and finished 29th out of a field of 52 with a two-day score of 211 (116-95). Her second-day 95 was an 18-hole career low.

Sims said Johnson will be missed.

“She has been in the program since middle school and has been a big reason why our girls’ golf team has been so successful over the past four seasons,” he said.