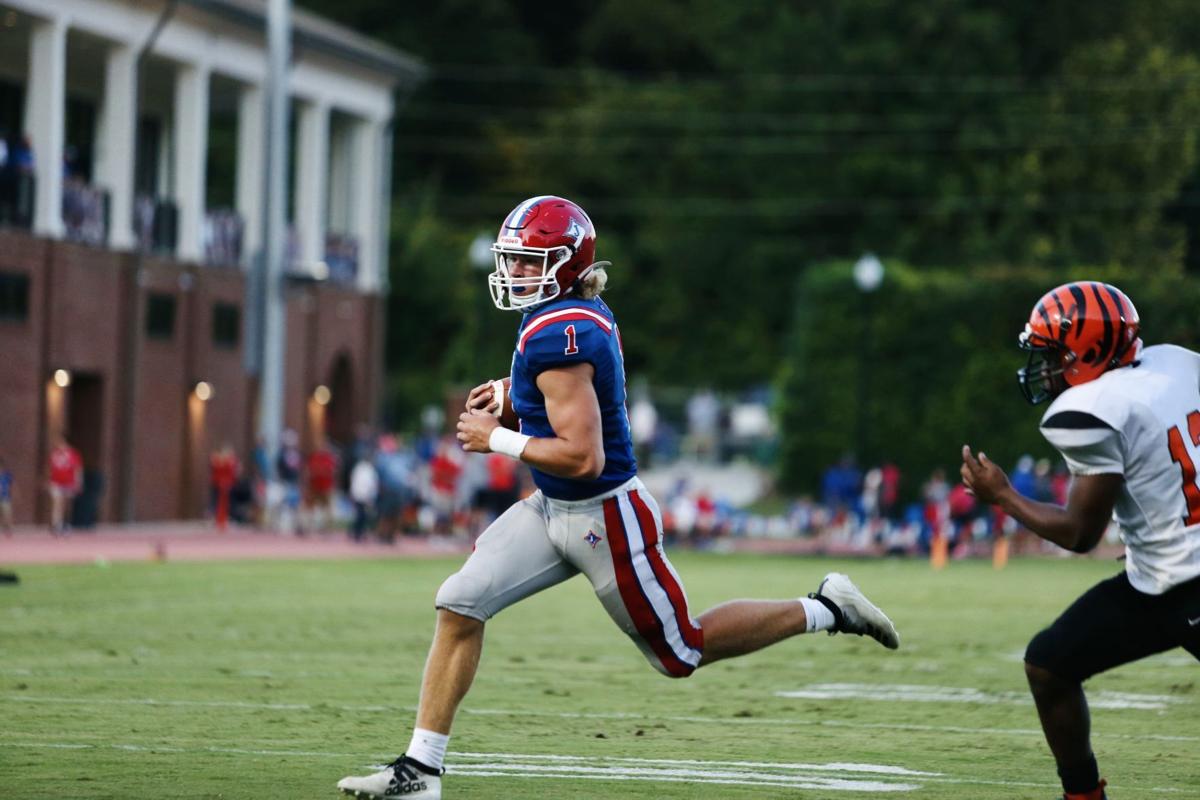 Jefferson's Sammy Brown scored three different ways — returning a kickoff for a touchdown, scoring on a touchdown run and recovering a fumble in the end zone — in the Dragons' 45-7 win over Southside Friday (Sept. 3). 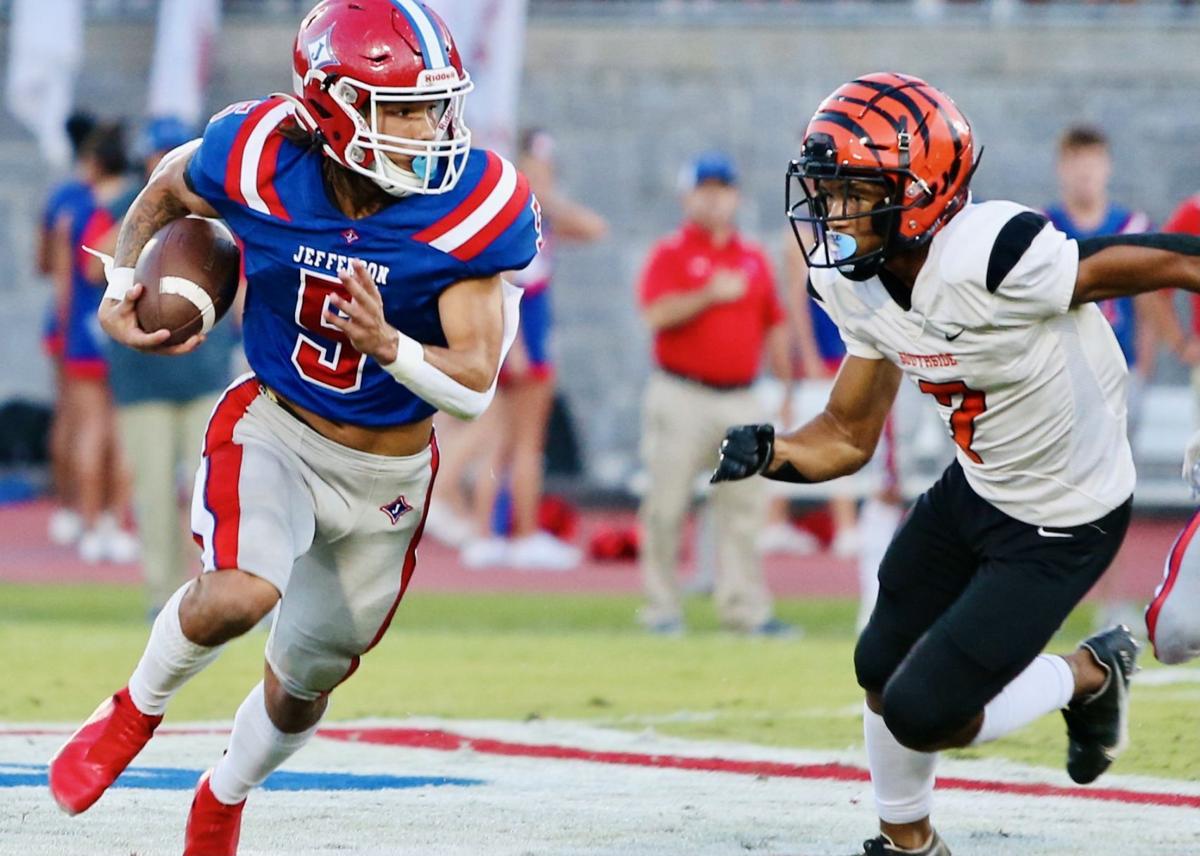 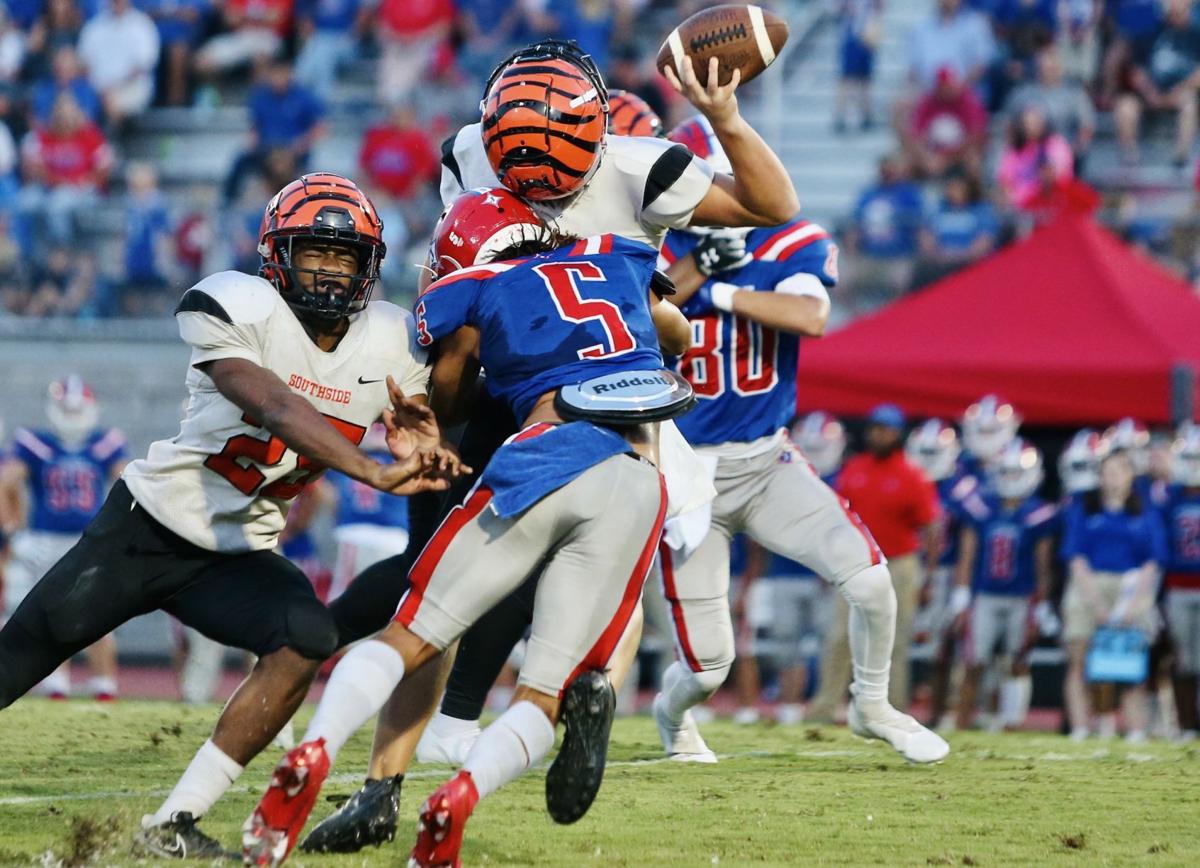 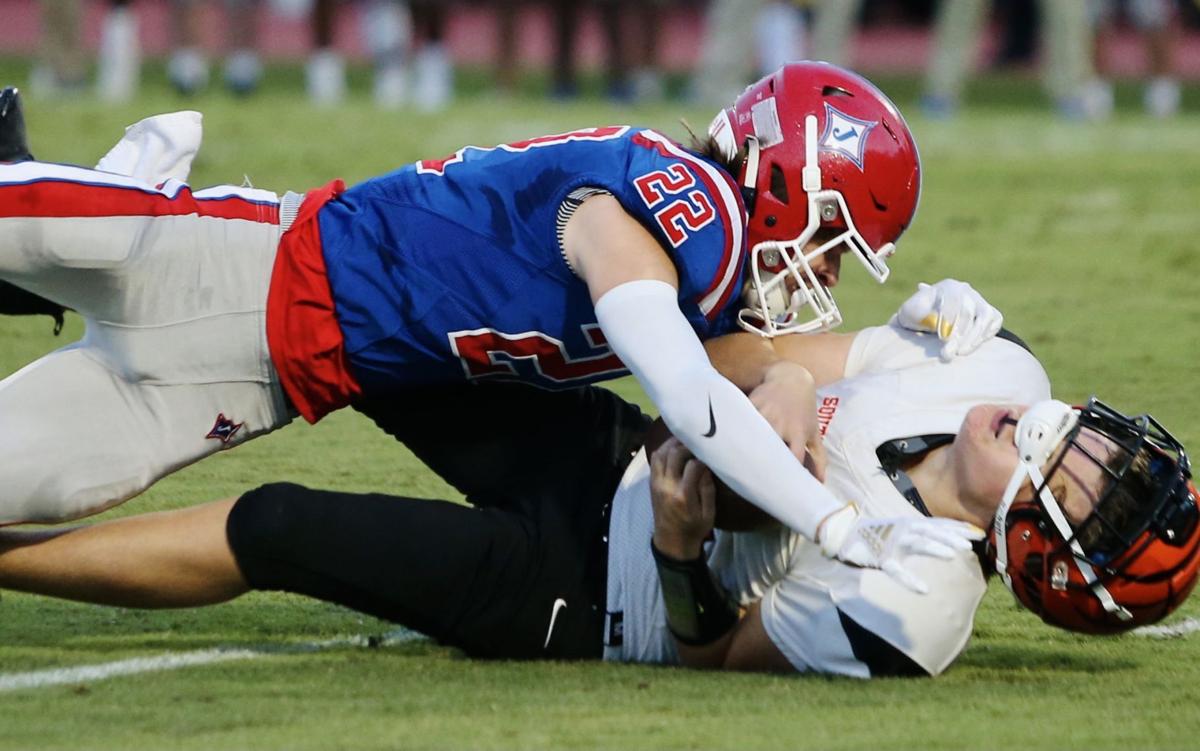 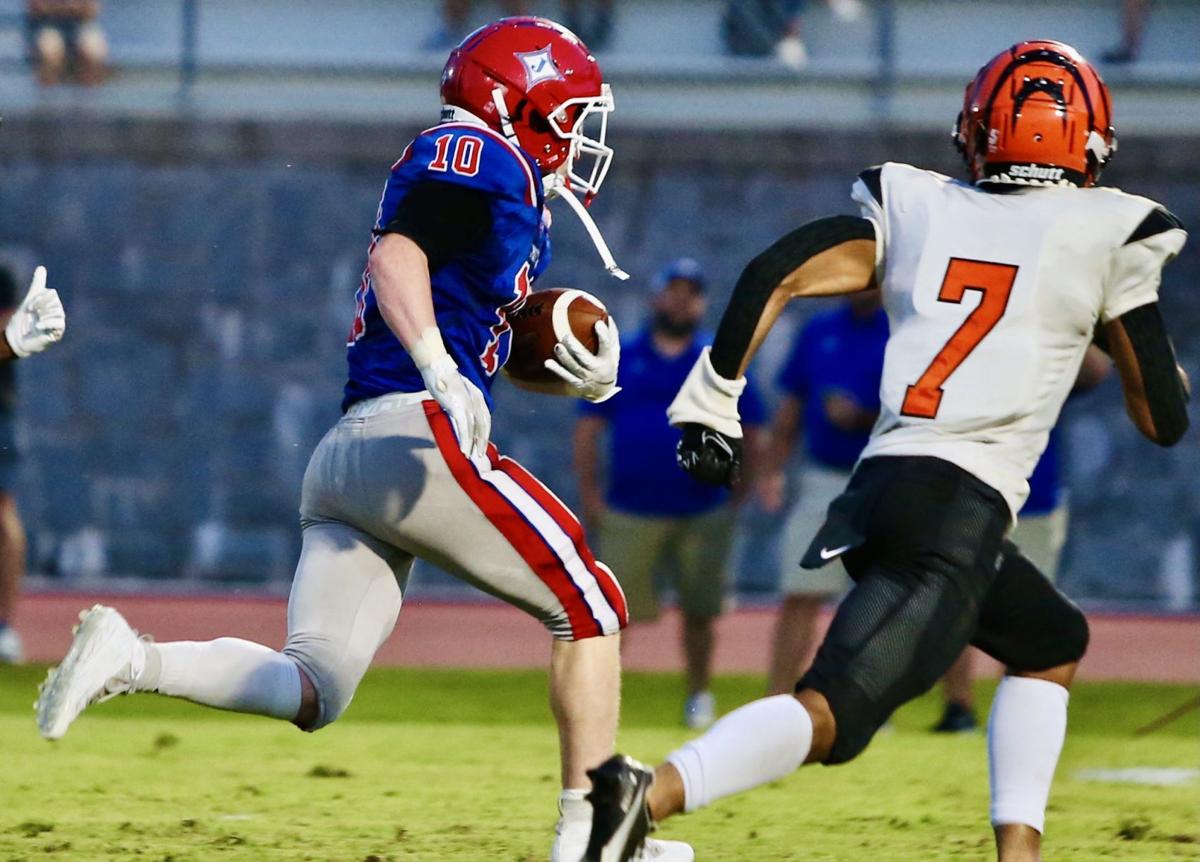 Jefferson's Reese Johnson takes off on a 23-yard touchdown run Friday against Southside.

Jefferson's Sammy Brown scored three different ways — returning a kickoff for a touchdown, scoring on a touchdown run and recovering a fumble in the end zone — in the Dragons' 45-7 win over Southside Friday (Sept. 3).

Jefferson's Reese Johnson takes off on a 23-yard touchdown run Friday against Southside.

Piling up a game’s worth of points in one quarter — and then some — Jefferson made quick work of another opponent.

The Class AAAA No. 1-ranked Dragons blasted out-of-state foe Southside from Greenville, S.C. Friday (Sept. 3), leading 42-0 after a quarter in a 45-7 win to improve to 3-0. Jefferson, which continues to work toward a Sept. 24 Region 8-AAAA-opening showdown against Flowery Branch, faces Mountain View on the road next Friday (Sept. 10).

Stellar sophomore Sammy Brown led the way, scoring three different ways, with a kickoff return for a touchdown, a rushing touchdown and a touchdown off a fumble recovery. Malaki Starks scored on a 34-yard touchdown run on his only carry of the night.

Jefferson finished with 189 yards rushing, 164 of which came in the first half as the Dragons led 45-0 at the break. Brown and Starks were again needed only sparingly as the duo combined for just three carries for the second-straight week.

Southside was limited to 13 total yards.

The win came on the heels of a 42-7 blowout of Central Gwinnett last week. This marked Jefferson’s 15th victory by a 30-point margin or more dating back to the 2019 season.

Southside, despite being located 90 miles away, had appeared on the Dragons’ schedule the previous three years, but only once (2018) did a game come to fruition. Weather issues led the cancellation of the 2019 contest, while a reshuffling of Southside’s schedule due to COVID-19 in 2020 forced the game to be dropped.

With the programs finally squaring off again, Jefferson wasted little time getting a big lead. Brown scored on his first two touches, taking the game’s opening kickoff 99 yards and adding a 14-yard touchdown to put the Dragons up 14-0 just 1:42 into the contest.

Starks then ripped off his 34-yard score on Jefferson’s second possession, followed by a 23-yard touchdown from Reese Johnson, set up by an interception from Justin Beatty. Johnson led the Dragons with 42 yards on four carries. Brown then covered a loose ball in the end zone after an errant snap from Southside to increase the lead to 35-0 with 3:24 still remaining in the first quarter. Isaiah Copeland added a 1-yard rushing touchdown as the first quarter ended.

Owen Botts’ provided Jefferson’s only non-first quarter points, connecting on a 26-yard field goal as the first half expired.

Jefferson made Southside’s offense go backward most of the night, limiting the Tigers to -31 rushing yards. Southside, which threw 16 first-quarter passes, went just 8-for-20 through the air for 44 yards.

The Tigers’ lone points of the night game came via their defense, scoring on a 100-yard fumble return from Jamiar Houston with 9:35 left in the game.

Jefferson travels to Mountain View (2-1) next Friday (Sept. 10) to face the Class AAAAAAA Bears in its final non-region contest before squaring off with Flowery Branch in a likely matchup of top-10 teams.