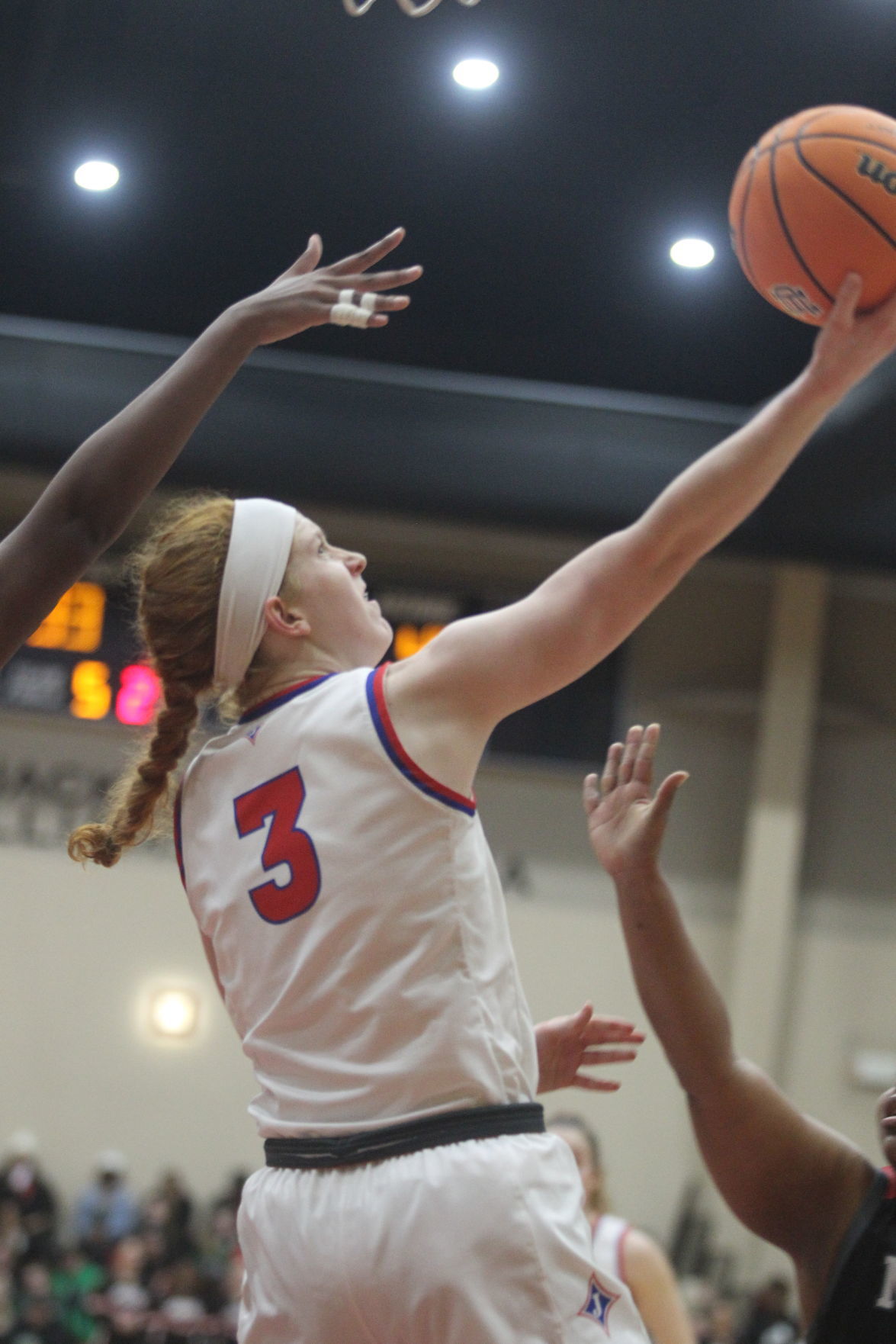 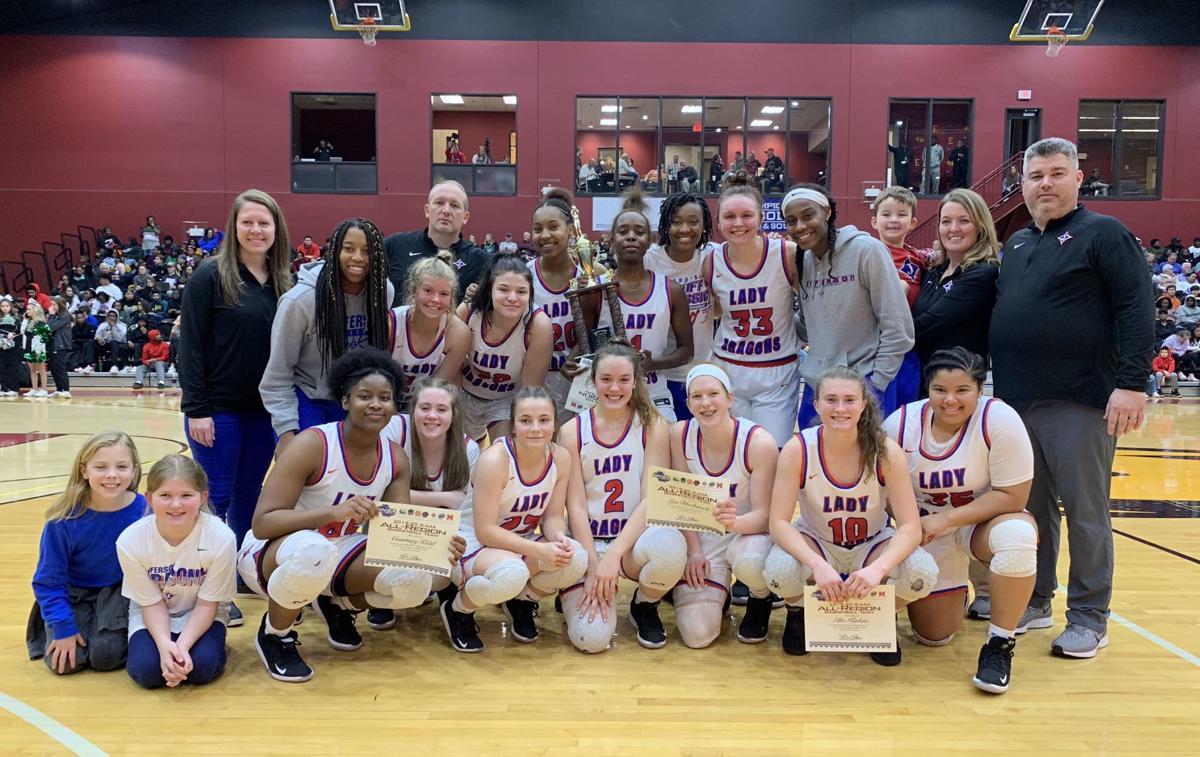 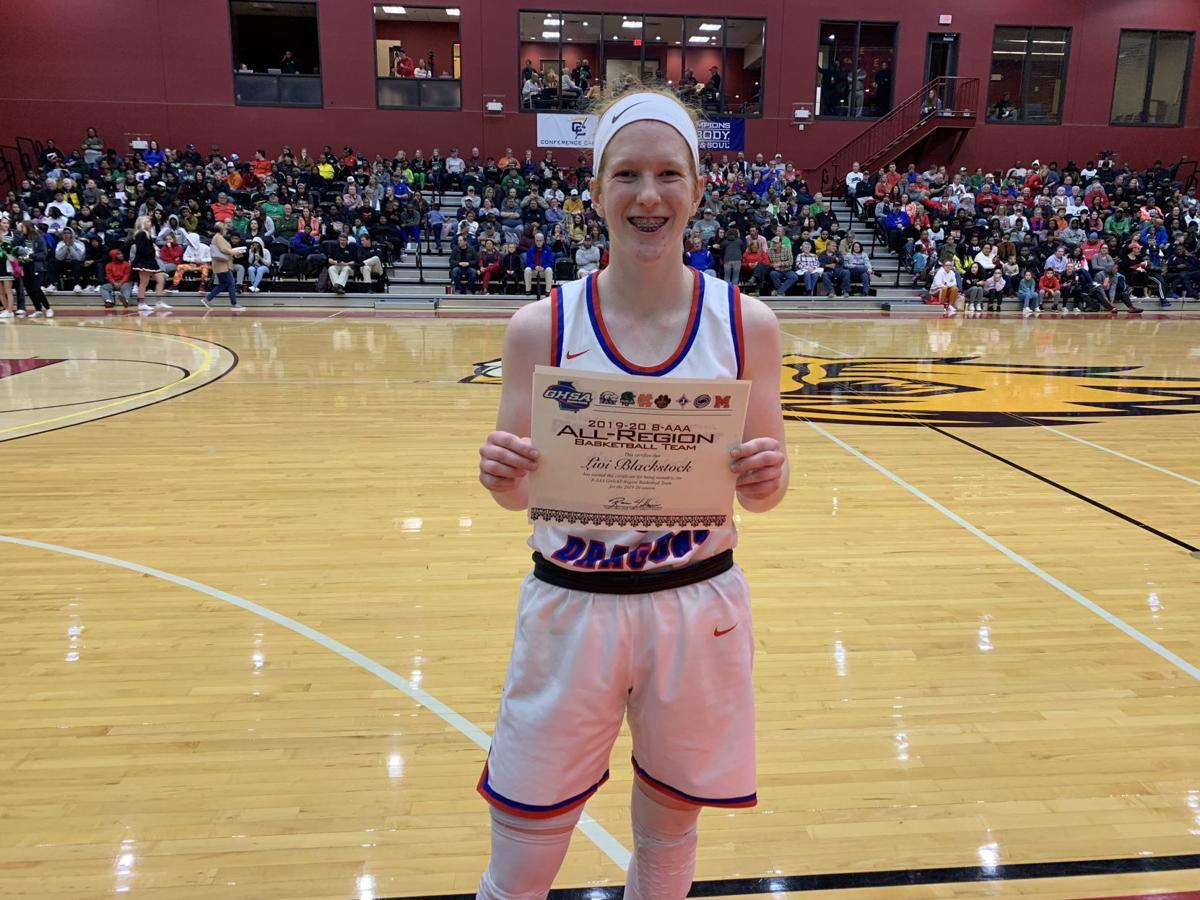 Jefferson's Livi Blackstock was named the Region 8-AAA Girls' Player of the Year.

Jefferson's Livi Blackstock was named the Region 8-AAA Girls' Player of the Year.

FRANKLIN SPRINGS — While the trophy was only slightly larger than last year's, the feeling after the Region 8-AAA finals for the Jefferson girls’ basketball team couldn’t have been more different.

After losing out on the 8-AAA title last season (and settling for the runner-up trophy), Jefferson made sure there'd be no repeat of last year's disappointment, beating Morgan County 55-37 Monday (Feb. 10) at Emmanuel College for the region championship.

“If you look at those two trophies, that one we’re carrying home tonight is about that much bigger,” Brown said, estimating a small space with his thumb and index finger.

“But it means about this much more,” he added, extending both arms wide.

“Last season, we didn’t get it, so it really meant a lot,” she said. “We’ve been working really hard, and coach Brown just told us it’s just step one, so we’ve got bigger things now, but we’re going to enjoy it tonight.”

Blackstock scored 16 points, and Deshona Gaither and Courtney Kidd each added 14 as the Dragons completed a perfect run through Region 8-AAA play. Jefferson, which won its third region title in the last four years, went 14-0 against region foes between the regular season and region tournament combined.

“It means a lot,” Brown said. “I know how hard it is to win a region championship. We went through the league undefeated, and we just won the tournament. That doesn’t happen very often. It just doesn’t.

“It might have looked easy to everybody watching, but I know how hard it is. I know how hard I’ve pushed them to continue to try to get better, even though we’ve won by double digits every game in the region. It’s hard to get them to do that.”

The Dragons overcame a cold start to pick up another double-digit win over a region opponent. Jefferson led just 9-8 after a quarter and trailed 13-9 early in the second quarter.

“We started off kind of slow, but it was expected,” Blackstock said. “It’s the region championship, so we were all a little bit nervous, but once we got our nerves out, we did fine.”

“I think anytime you get into a game like that, you can talk about, it’s just another game, but they know it’s not,” he said. “I think it’s just natural. Once we calmed down and hit a few shots, I thought again … our defense and our energy really got everything going.”

Kidd knocked down a transition 3 to spark a 15-2 second-quarter run, which erased Morgan County’s 13-9 lead and helped the Dragons take a 24-17 lead at the half. Kidd finished with four 3-pointers.

“She is what we call a streaky shooter,” Brown said. “When she makes one or two, you’d better look out, because she’s about to make four or five. I could just see the look in her eye once she made that first one — just all the confidence in the world.”

Jefferson put Morgan County away in the third quarter, opening up a 39-20 lead after four and a half minutes. Blackstock and Kidd each scored five points during that stretch. Jefferson carried a 44-29 lead into the fourth quarter. The Bulldogs came no closer than 14 points in the final eight minutes. Blockstock’s 3-pointer with 1:55 gave Jefferson its final margin of victory.

With a No. 1 seed in hand, the Dragons begin play in the first round of the state tournament Friday (Feb. 14) at 6 p.m. at home against Region 6-AAA No. 4 seed Coahulla Creek.