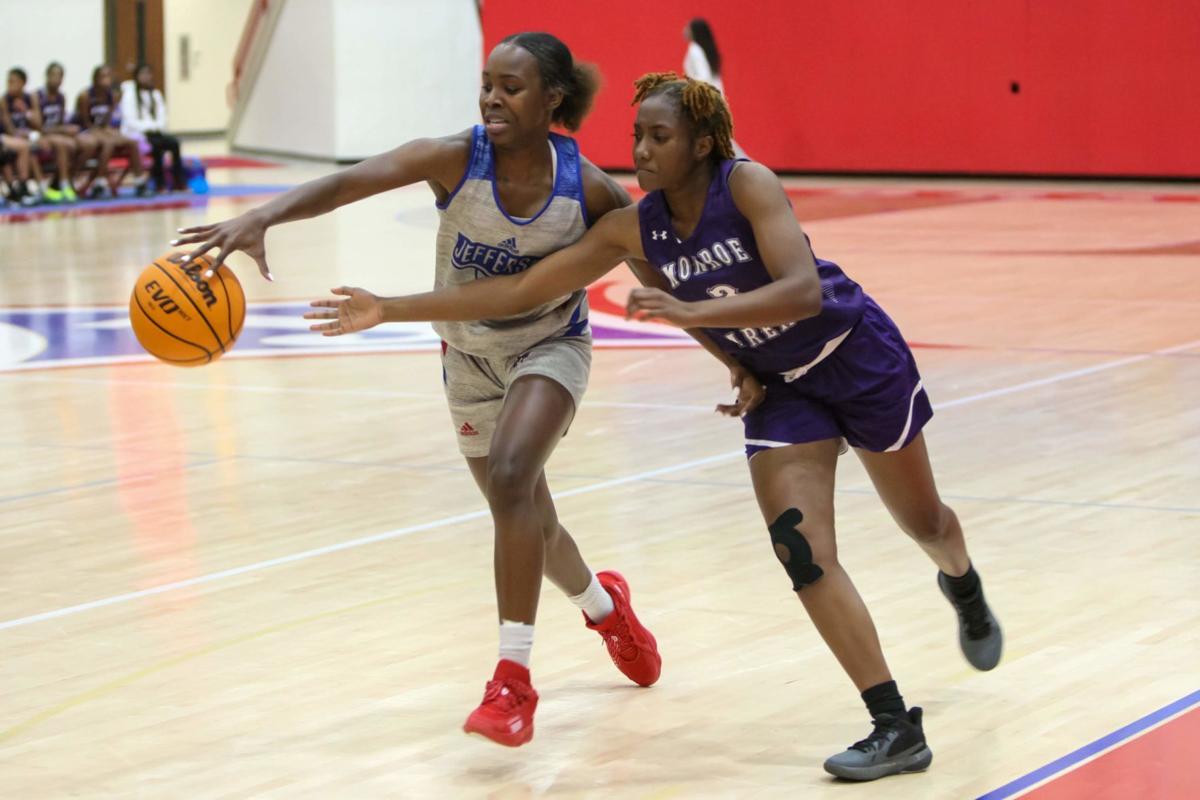 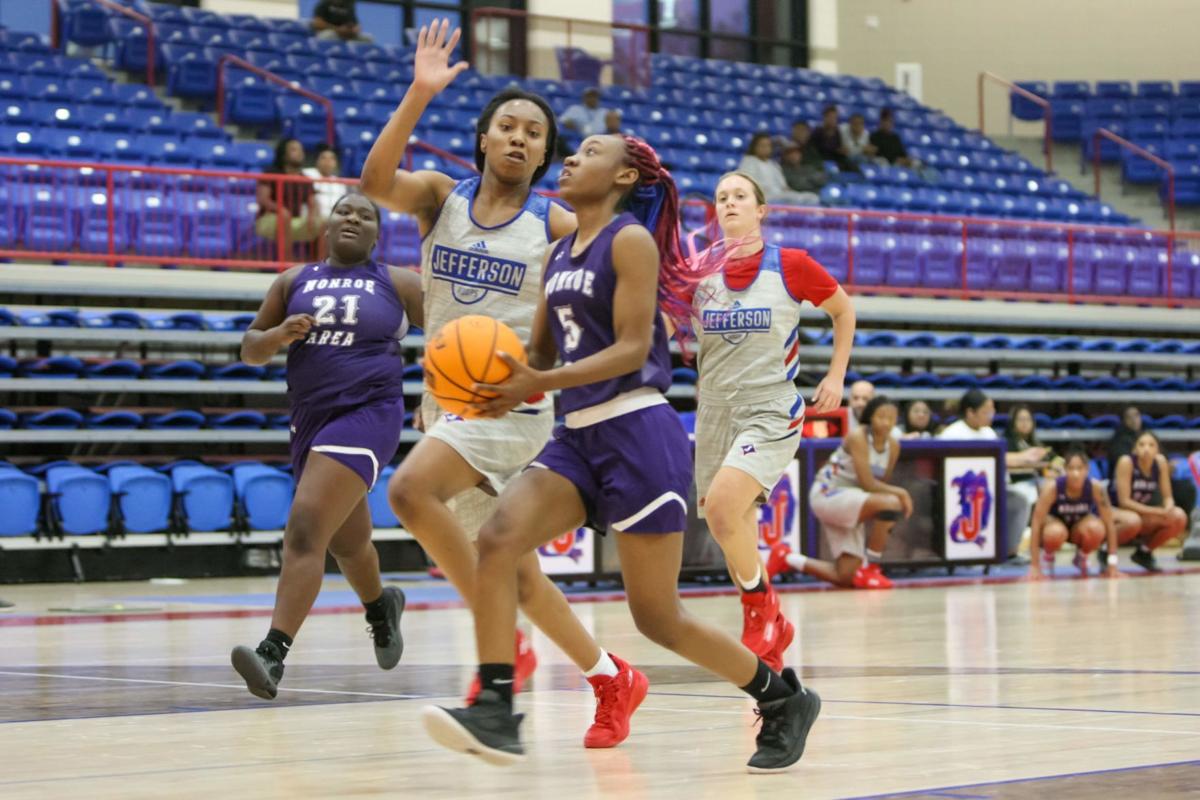 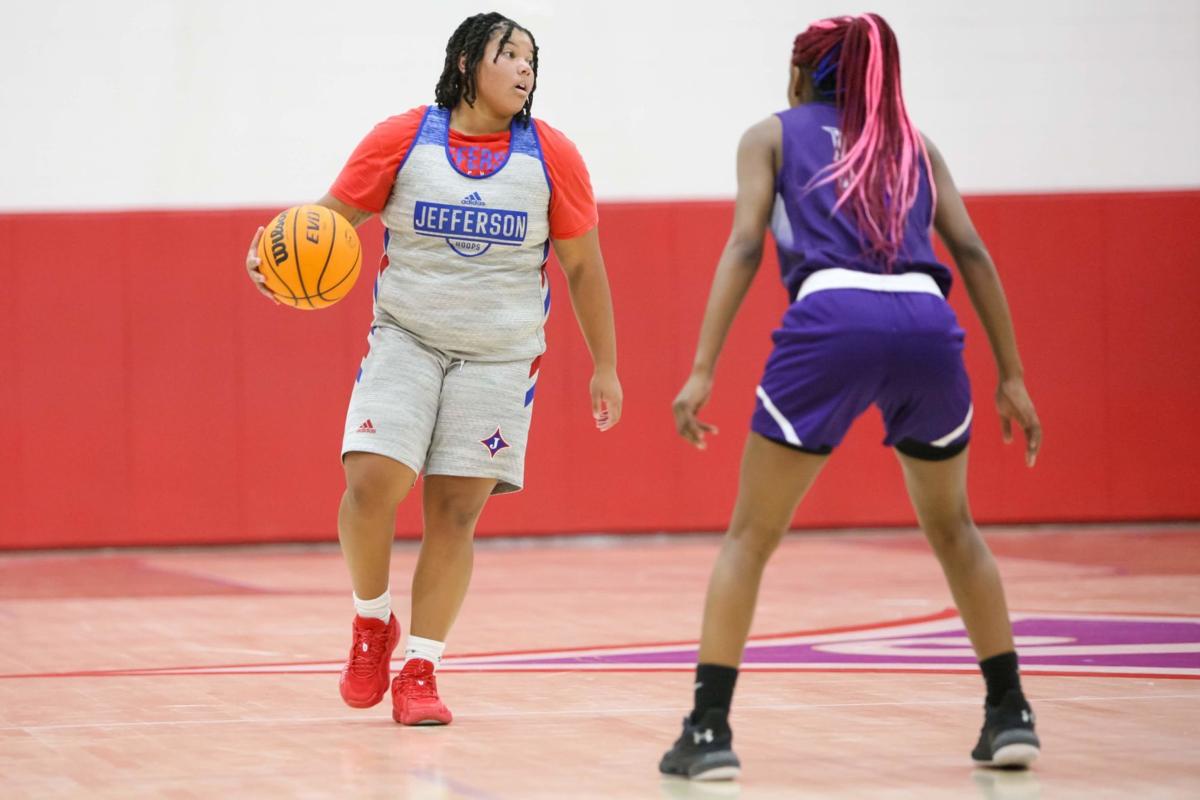 After last year’s remarkable season, the Jefferson girls basketball team knows it enters the 2021-22 season with targets on its backs.

The Dragons won the Region 8-AAAA in 2021 and reached the Elite Eight in the AAAA State Playoffs while finishing with a 23-5 record overall. That squad only had three seniors, though they were each important players; Allianne Clark, Livi Blackstock and Courtney Kidd.

However, the 2021-22 squad has more than twice as much senior leadership. Seven seniors to be exact, including the dynamic Deshona Gaither, sharpshooter Ellie Kinlaw and low-post threat Kendall Bailey. The roster is bolstered by four talented freshmen led by Delany Dewitt perimeter player.

I do like our makeup,” said head coach Greg Brown. “I do like our chemistry. Our seniors have done a really good job incorporating some young players. I just think with time we’ve got a chance to do some good things.”

Deshona Gaither, Sr: Jefferson’s leading scorer from 2020-21 returns to once again lead the Dragons on offense. Gaither is one of the best athletes on the team, described as a super-athlete by Brown.

Ellie Kinlaw, Sr: Brown believes Kinlaw is the best shooter in the area, especially after knocking down a few early shots. Her sharpshooting will be the difference in some games this season, especially against tough region opponents.

Natalia Bolden, Sr: Bolden hasn’t played basketball in two years because of injuries, but you wouldn’t know it by how she played in Jefferson’s scrimmage. Brown firmly believes Bolden can make a difference on the team this season.

Delaney Dewitt, Fr: Brow sees a lot of potential in the freshman Dewitt, especially after she subbed in for Gaither in Jefferson’s scrimmage and provided quality minutes on the court.

Kendall Bailey, Sr: When Bailey returns from injury, she’ll make Jefferson a better basketball team, especially in the low-post. She adds size which should translate to more rebounds.

Few teams will match the Dragons’ hustle this season. The standard at Jefferson is to attack on offense and swarm on defense. That formula helped produce an Elite Eight appearance last year.

“That’s our thing,” Brown said. “We know we have to play hard defensively and we’re going to run fast offensively. We’re going to run it back at you. We’re not quite playing as fast as I want us to be, but that’s OK. We’re playing hard, we can afford to play a little smarter.”

Jefferson beats opponents with more than just hustle. The Dragons spread the floor very well with a plethora of good shooters. More importantly, Brown likes how unselfish the team is on offense.

“We share the ball well, I don’t think we have any selfishness,” he said. “If someone is open, we hit them. It doesn’t matter who it is. I think we have multiple kids who can score and score in bunches. I think that makes us hard to guard, you can’t just key on one person. I think we’re going to be hard to guard if we get a good balance.”

As of now, Brown is looking for more consistency from the Dragons in both the physical and mental aspects of the game. Physically, he wants the team to maintain its rapid pace for a full 48 minutes. Mentally, he wants Jefferson to be more consistent with decision-making.

Jefferson dominated Region 8-AAAA last year, losing just one game. Brown and the Dragons haven’t let last year affect how much they respect the region. He understands how good the region is from top-to-bottom.”

“I think our region is going to be deep,” he said. “You’ve got multiple teams with college players. We were fortunate enough to win it last year. We know we’re going to get everybody’s best shot. We wear the bullseye on our back.

That’s what I tell the kids all the time, we don’t wear numbers, we wear bullseyes. But we’re okay with that. We’d rather be there than be the chaser. We’re looking forward to it. We’ve got a tough non-region schedule, we’re going to be tested.