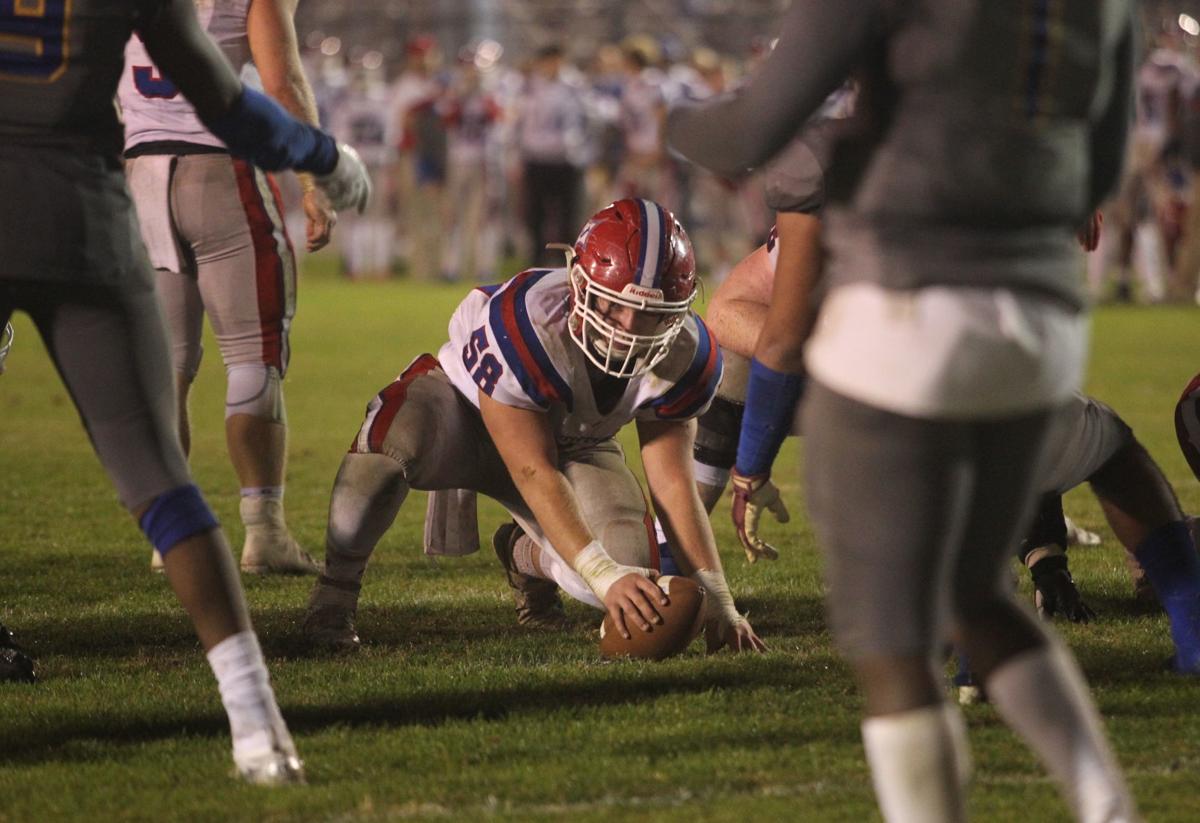 Jefferson's Mason Ware will play football at Suwanee next year after an all-state season for the Dragons in 2019. 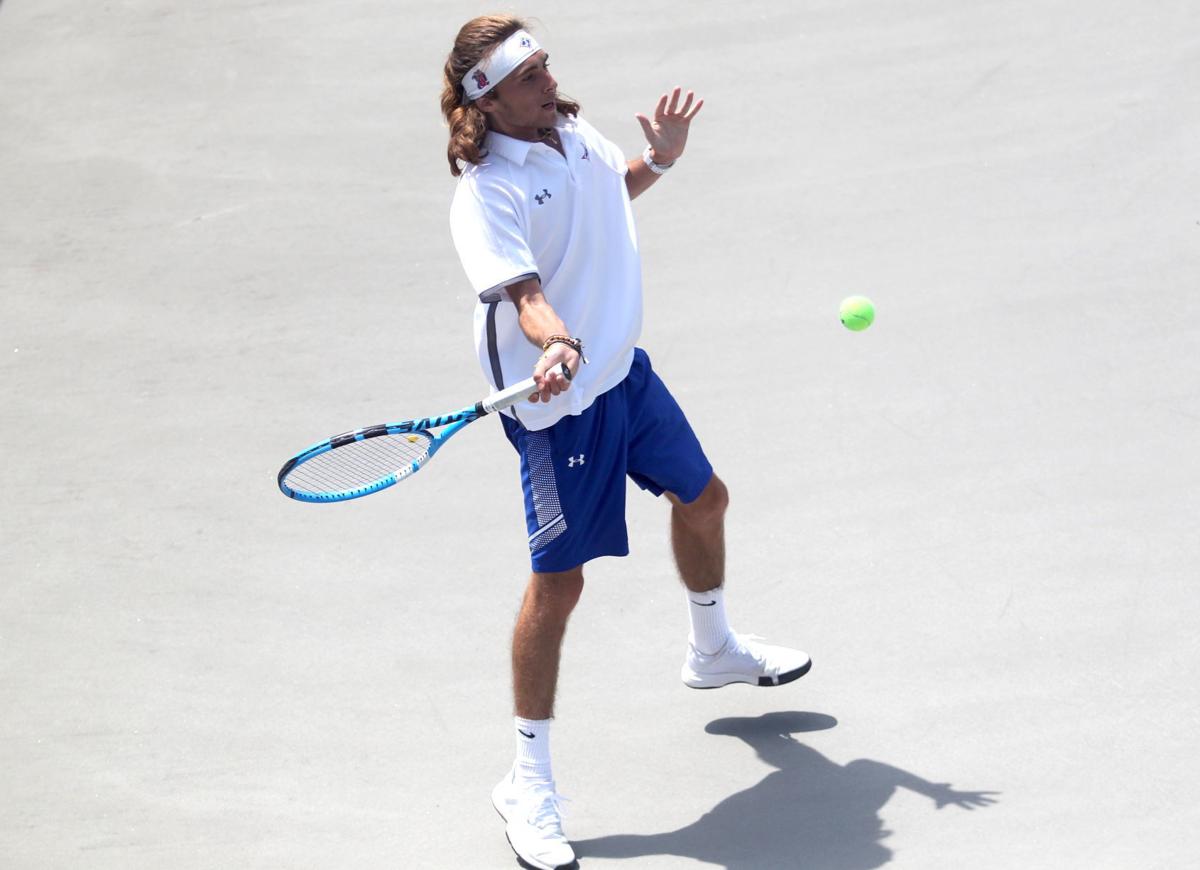 Jefferson's Marcus Berninger will play tennis at Young Harris after compiling a 55-4 record in high school. 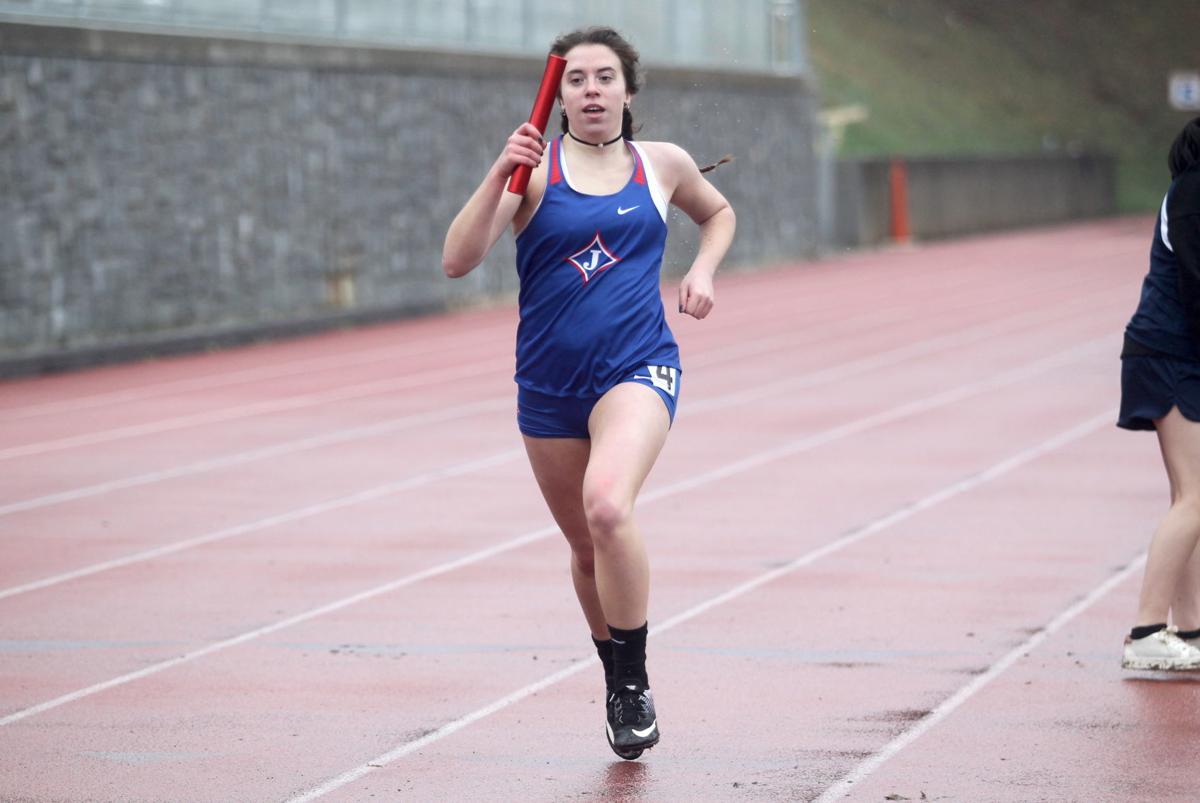 Mac Fowler will move on to run track at Berry College next year after helping the Jefferson girls' relay teams finish in the top three in the state last year. 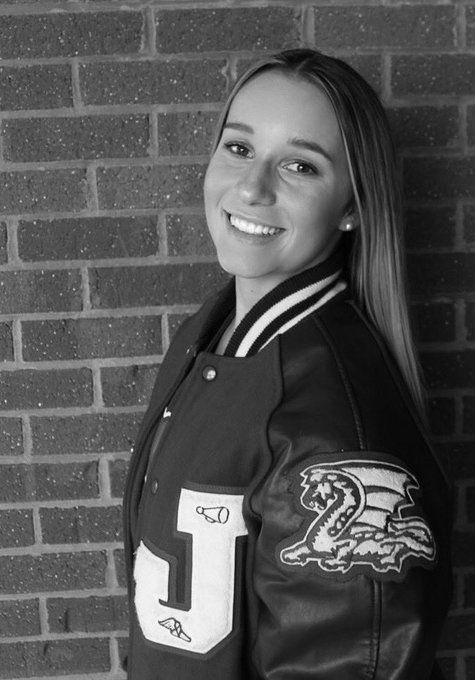 Jefferson's Mason Ware will play football at Suwanee next year after an all-state season for the Dragons in 2019.

Jefferson's Marcus Berninger will play tennis at Young Harris after compiling a 55-4 record in high school.

Mac Fowler will move on to run track at Berry College next year after helping the Jefferson girls' relay teams finish in the top three in the state last year.

Four Jefferson athletes recently made their collegiate choices and will compete at the next level next year.

Here’s more on each athlete:

Ware was a vital cog along the line of scrimmage for the Dragons, helping Jefferson win the Region 8-AAA title and reach the state quarterfinals this past fall.

As a center along the Dragons’ offensive front, Ware anchored an offensive line that paved the way for almost 4,000 rushing yards on the season and 54 touchdowns.

“He made every line call up front and defensive identification for us,” Cathcart wrote as part of Ware’s virtual signing ceremony celebration. “Mason was a unanimous choice to our leadership council and was overwhelmingly voted to be a permanent team captain.

“However, more than all of his many accolades on the field, Mason is a champion in the classroom as well, where he again is an example of the consummate student athlete at one of those rare, special places that genuinely champions excellence in every endeavor.”

Berninger leaves as one of the best tennis players to ever step on the court at Jefferson with a career mark of 55-4, which coach Dawson Bryan said “is easily one of the top two individual records at JHS.”

"Marcus has worked incredibly hard through countless hours of training to get to this point,” Bryan said. “We are really excited for him in the opportunity to compete in one of the top conferences in the country at a great institution like Young Harris."

Berninger, who helped lead the Dragons to the program’s first-ever Final Four appearance last year, provided stability at the top of Jefferson’s lineup. His spot at No. 1 singles usually guaranteed the Dragons of one point.

“But what gets overlooked because of how good he is, is some of the competition he has beaten and the way in which he did it,” Bryan said. “He had so many matches against top competition where he had to dig deep to find a way to win, and I was always impressed by that.”

Bryan added that Berninger grew as a leader over the past year, putting in extra time to work with teammates to improve their games.

“Marcus understands that while tennis is an individual sport quite often, in high school and in college, it is a part of a team pursuit,” Bryan said.

“I’m extremely happy that he has found a place where he feels comfortable and while I wish we had him around for another year, I know he's going to have a chance to compete at a high level for Young Harris,” he said.

Fowler signed with Berry College in late April. She will be a 200 meter and 400 meter runner for the Vikings.

Fowler was one of the Jefferson girls’ track and field team’s top athletes over the past four years, yet “always kind of flew under the radar,” coach Brandon Vinson said.

But Vinson pointed to her contributions to the Jefferson girls’ 4 x 100 and 4 x 400 meter relay teams which both placed in the top three at state during her career. Fowler leaves Jefferson as a record holder the 4 x 100 relay. She helped the Jefferson girls’ finish third overall in Class AAA last year.

“Mac's leadership has been impeccable these past four years, and she has been a team captain since her sophomore season,” Vinson said. “Mac is just a hard worker with a great attitude, and she's always supportive of her teammates.”

Vinson said Fowler’s competitiveness will serve her well in college.

“Her attitude has always enhanced her physical ability, allowing her to be a great competitor,” he said. “I believe this competitive spirit can help her be a great leader and runner at Berry College as well."

“Cheyenne has decided to continue her education at Mercer University, and we just found out that she also made the cheerleading team,” Jefferson competitive cheerleading coach Christy Potts said. “We are so proud of her, and we know she will make us all proud.”

Pendley joined Jefferson’s competitive cheerleading program when she was in middle school and has been part of both the Dragons’ football and competition cheerleading squads. Pendley helped Jefferson finish second in Class AAA in 2019 and received the program’s Senior Award.