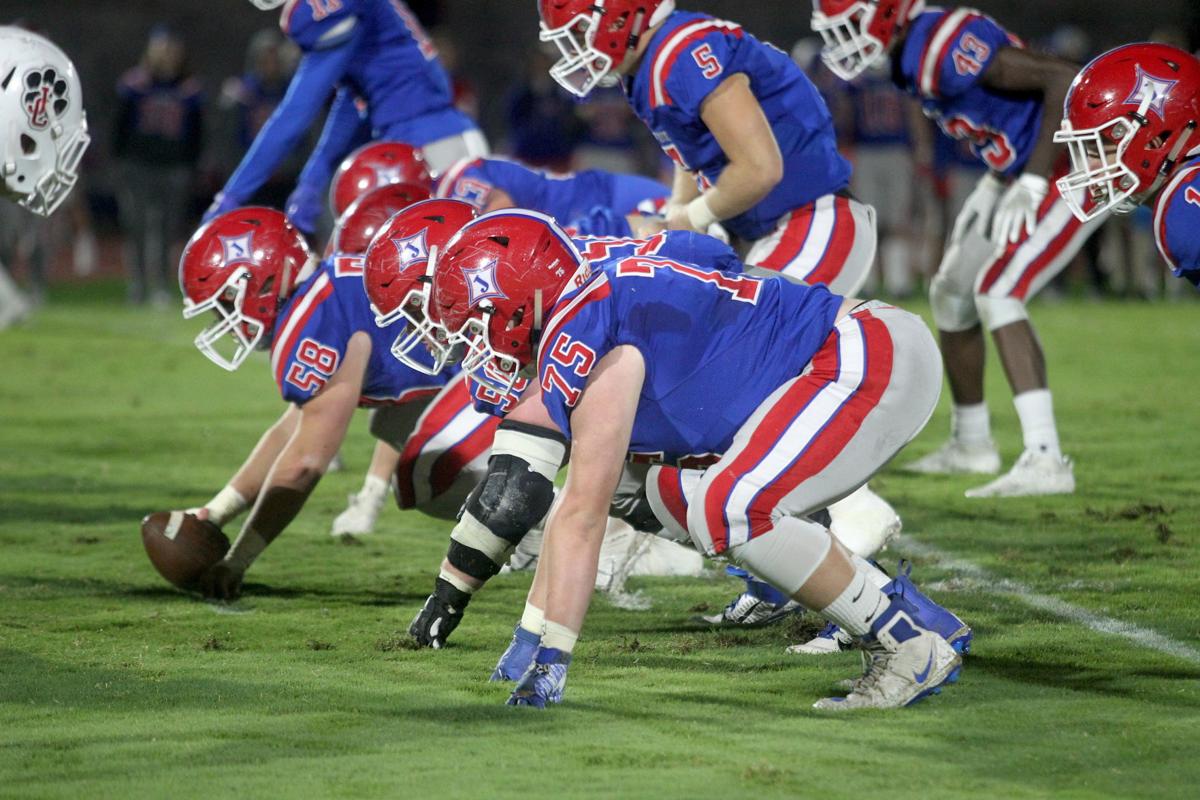 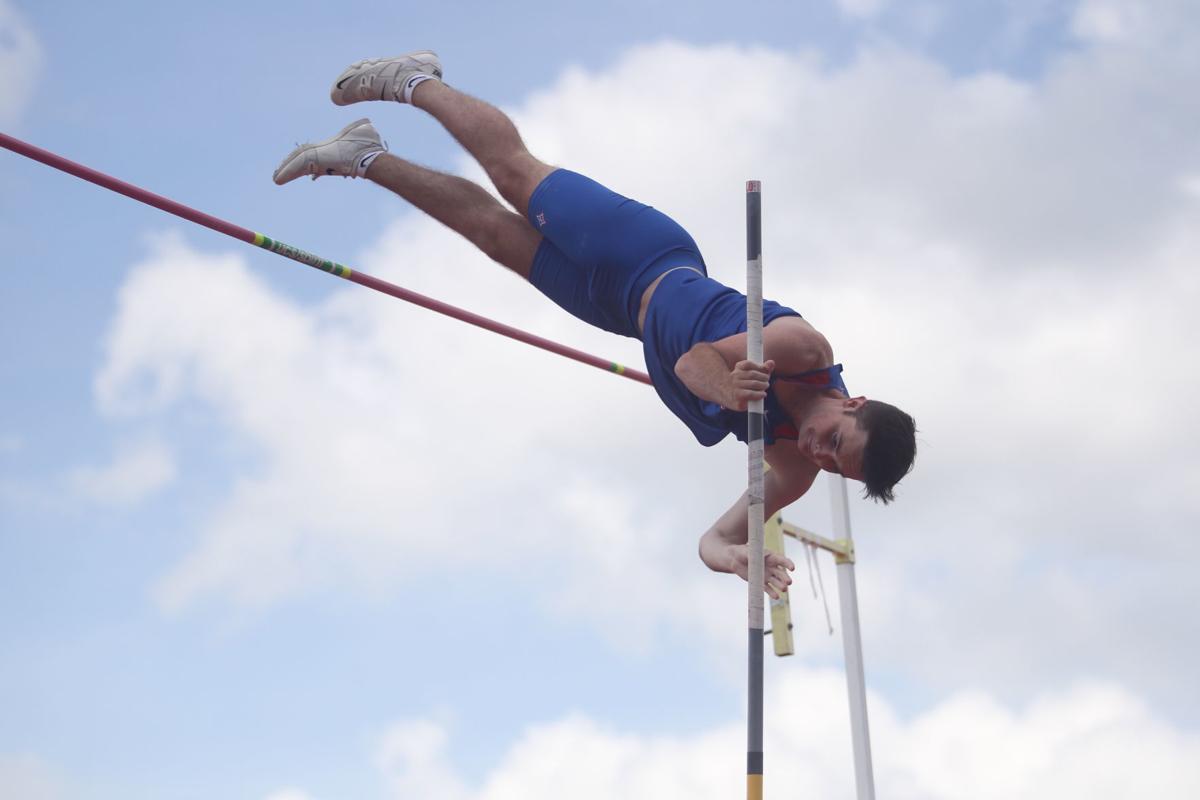 Jefferson's Tripp Bullock, who was the Class AAA state runner-up in the pole vault in 2019, will vault collegiately at Columbus State. 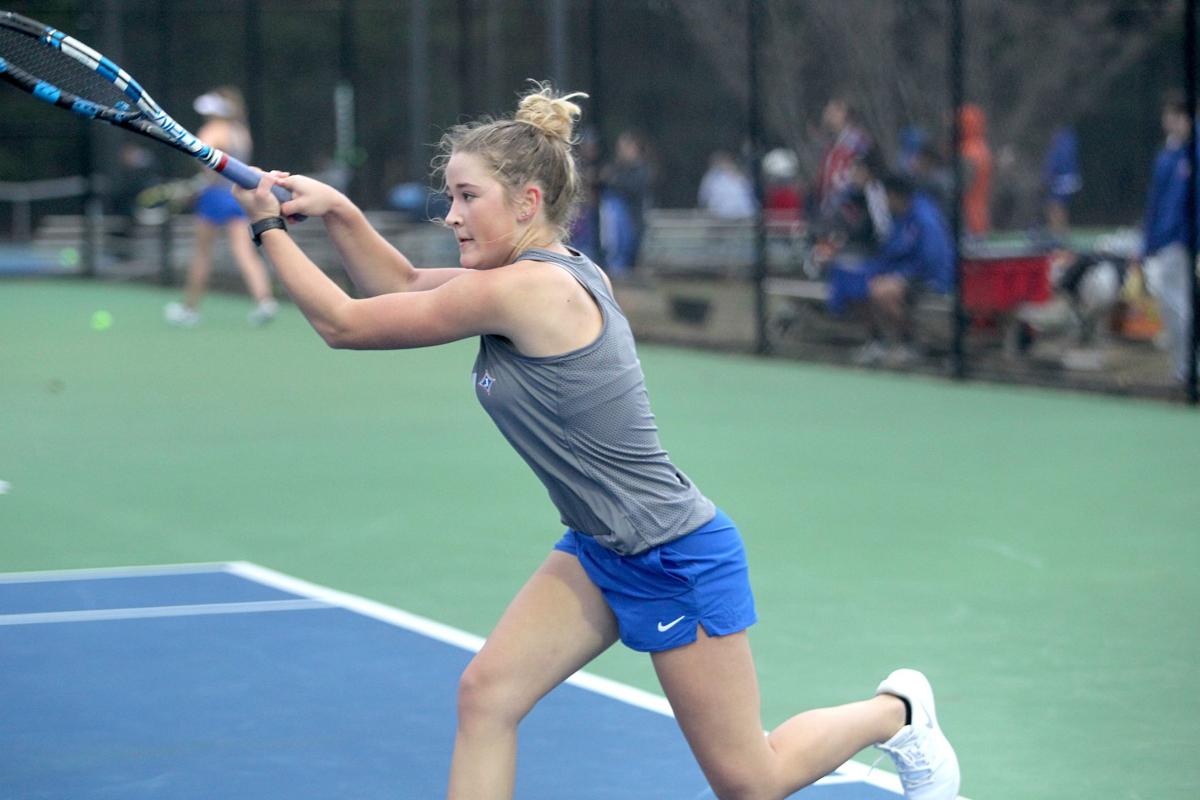 Jefferson tennis player Sarah Moore went a combined 22-3 during the 2019 and 2020 seasons, including a 10-0 mark in region play during that span. She will play tennis at the University of Virginia-Wise.

Jefferson's Tripp Bullock, who was the Class AAA state runner-up in the pole vault in 2019, will vault collegiately at Columbus State.

Jefferson tennis player Sarah Moore went a combined 22-3 during the 2019 and 2020 seasons, including a 10-0 mark in region play during that span. She will play tennis at the University of Virginia-Wise.

More Jefferson High School athletes have made decisions to continue their careers at the next level.

Gage Swilling will play football at Erskine College and Tripp Bullock will compete in track and field at Columbus State as the two held virtual signings last week. Tennis player Sarah Moore also made her college selection earlier this spring, signing with the University of Virginia Wise.

Swilling was a key component of a Jefferson offensive line that paved the way for nearly 4,000 yards rushing and 54 rushing touchdowns during the Dragons’ 10-2 season this past fall. He was a Region 8-AAA honorable mention at offensive line and an FCA East-West All-Star Game selection.

Swilling will play for an Erskine College program that competes in NCAA Division II and in the Conference Carolinas.

“Gage is an outstanding young man of character and academic focus with a great work ethic,” Jefferson football coach Gene Cathcart said in a message posted in Swilling’s virtual signing ceremony. “He worked hard this past year to make himself not only into a starter, a team leader, an all-region player and all-star player, but also into a college prospect. He played the all-important tackle position in an option offense, as well as contributing a great deal to our defensive front. Gage grew into the type of player, and particularly practice player, that we could use as a role model for our younger Dragons to emulate.”

Bullock, a standout pole vaulter and member of Jefferson’s 2019 boys’ Class AAA state championship team, moves on to Columbus State after finishing as the Class AAA state runner-up in 2019.

He holds a personal-best height of 14-8, which he achieved during the 2019 season.

As a freshman, Bullock placed fifth in the state and ranked as the state’s No. 1 freshman vaulter that year over all classifications. He followed that with a third-place finish at state in the pole vault as a sophomore in 2018 before his runner-up finish of 2019.

Bullock didn’t have the opportunity to finish out his senior year as the track and field season was cancelled due to the COVID-19 pandemic.

“Because he was fearless, success came easy for him in the vault,” Niesielowski said in a message posted in Bullock’s virtual signing ceremony. “Along with his drive, he ranks among a select few in Jefferson vaulting history who had an opportunity to be a four-time state placer in the vault. He, without a doubt, would have been. I’m proud of all that he achieved and will continue to achieve.”

Bullock will compete for a Columbus State program that is a member of NCAA Division II and the Peach Belt Conference.

Moore helped lead the Dragons to the 2019 Region 8-AAA title.

She’ll join a University of Virginia-Wise program that completes in NCAA Division II in the South Atlantic Conference.

“Sarah is a determined, no non-sense, hard-working student-athlete that gave nothing less than her best on the courts,” Jefferson girls’ tennis coach Kimberly Boswell said in a message posted in Moore's virtual signing. “Determined to walk away from each match a better player every time, she played with purpose and dedication … As she continues her next chapter as a Cavalier at the University of Virginia at Wise, she will no doubt provide for the Cavs what she has for the Dragons, and we can’t wait to watch her soar."