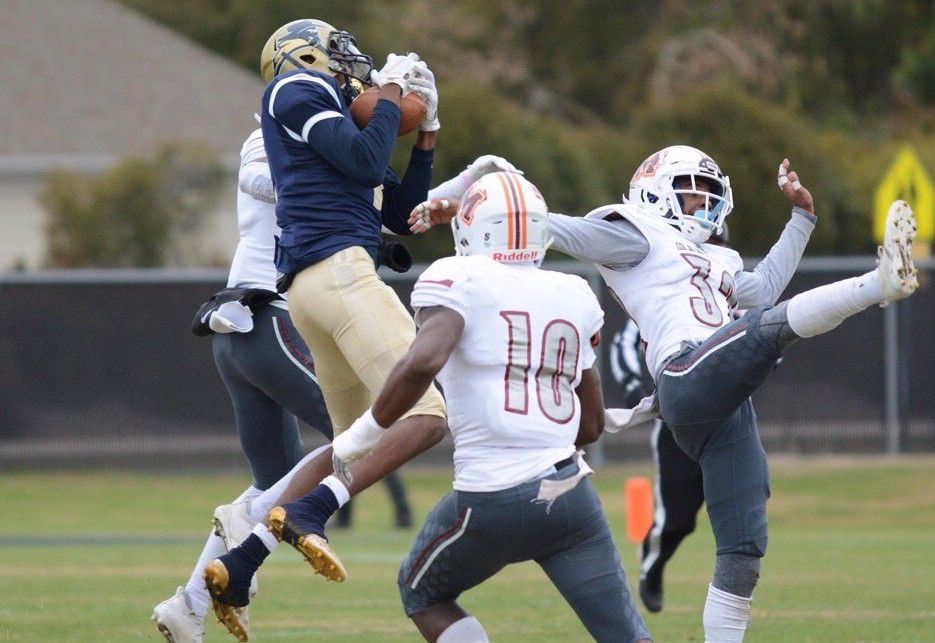 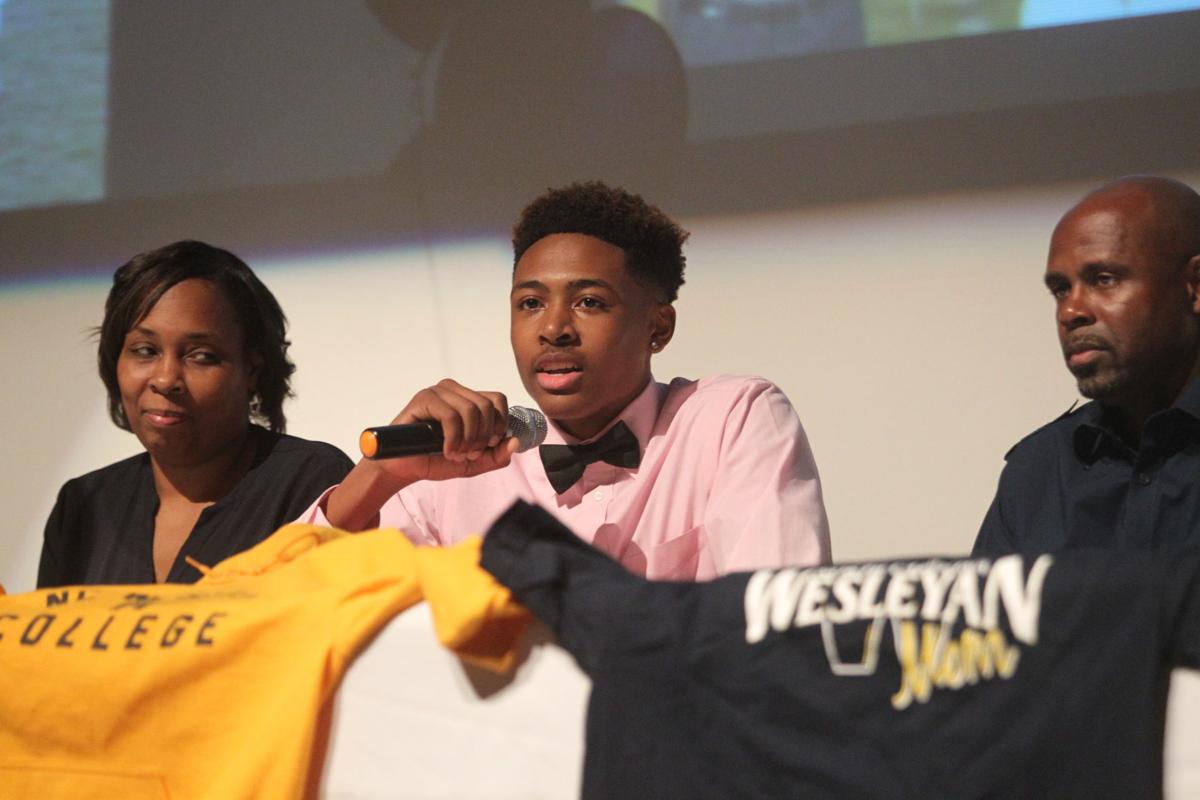 Tyler Roberts’ five catches for 38 yards during his senior year at Jefferson in 2017 didn’t land him on the radar of any Division I schools.

But he’s gotten there anyway.

The former Jefferson receiver made the most of two seasons at Division III North Carolina Wesleyan and has landed an opportunity to play at Division I-FBS Coastal Carolina. Roberts recently announced his transfer to the the Conway, S.C. school, which plays in the Sun Belt Conference.

“I’m very excited and blessed to have the opportunity to move up in divisions, and I still get a shot at going to the next level,” Roberts said.

Roberts said he will sit out this season due to NCAA transfer rules.

The 6-foot-4 Roberts hauled in 36 catches for 882 yards and 11 touchdowns during his two seasons at North Carolina Wesleyan, including 29 grabs for 737 yards and nine touchdowns during a stellar sophomore season in 2019. He led the Bishops in receiving yardage and touchdown catches and tied for the team lead in receptions this past year. Roberts was a first-team all-conference selection for the USA South Conference.

“The coaches at North Carolina Wesleyan really built me into the player that I am,” Roberts said. “I’m thankful for that. And I didn’t really stand out at Jefferson, but this was my opportunity to shine and show what I could really do on the field.”

Roberts played one high school season at Jefferson, transferring to the Dragons from Mountain View.

“He’s one we certainly wish we’d gotten sooner,” Jefferson football coach Gene Cathcart said. “We didn’t have him with us very long, and we knew he was a very talented athlete and was just scratching the surface of what he could be as a really good football player.”

Roberts’ high school football experience was limited, especially on the offensive side for the ball, where he now thrives. Roberts played junior varsity football as a freshman at Mountain View, skipped his sophomore season and returned as a junior. Roberts played defense for the Bears and played sparingly.

What’s more, Roberts viewed himself as more of a basketball player in high school. But his athletic future changed when he transferred to Jefferson in 2017 and joined the football team.

“In high school, I really just went away from football,” Roberts said. “I really liked basketball better, but going to Jefferson, coming back to my roots, I got the love of the game back, and it just felt great.”

Roberts was actually on the field often during his senior season with the Dragons but didn’t see many balls through his way with a receiving corps that included Zac Corbin, Garmon Randolph and Sammy Elegreet. What’s more, Jefferson ran the ball 67 percent of the time that season behind all-state running back Colby Wood.

Despite Roberts’ limited numbers, he showed enough on his film that North Carolina Wesleyan came calling, and Roberts signed with the Bishops in the spring of 2018.

Roberts said he always felt he would become a Division I player, however. The plan, he said, was to play two years at North Carolina Wesleyan, then “see what’s out there.” True to that plan, Roberts blossomed as a receiver at the small, private school in Rocky Mount, N.C., not only through the numbers he produced but through his knowledge of the game.

“It taught me to be a better player,” Roberts said of his time at North Carolina Wesleyan. “The coaches, I really appreciate them for looking out for me and building me as a better player.”

Specifically, Roberts said he gained an eye for anticipating what a defense planned to do.

“In high school, I didn’t really know how to break down defenses,” Roberts said. “But in college, I could tell what the defense is before they even snapped the ball.”

Now, Roberts will take that knowledge to Division-I FBS level where he'll line up against opponents such as Appalachian State, Georgia State and Georgia Southern, who all appear on Coastal Carolina’s conference schedule. Coastal Carolina also has a game scheduled against Power 5 opponent Kansas in 2021, when Roberts will be eligible to play.

“Obviously, he’s worked really hard and done a great job at North Carolina Wesleyan, and we’re just very proud of him and very excited for him and his family to go play at a place like Coastal (Carolina),” Cathcart said.

Cathcart said Roberts’ career arc serves as an example for others to look up to.

“It’s a great example for some of our younger kids that maybe haven’t received the offers that they’ve wanted or everything hasn’t quite gone their way to go ahead and persevere,” Cathcart said.

“He found very good school, went and bloomed where he was planted and now he’s earned himself an opportunity to play football at a really strong school at a very good level of ball.”