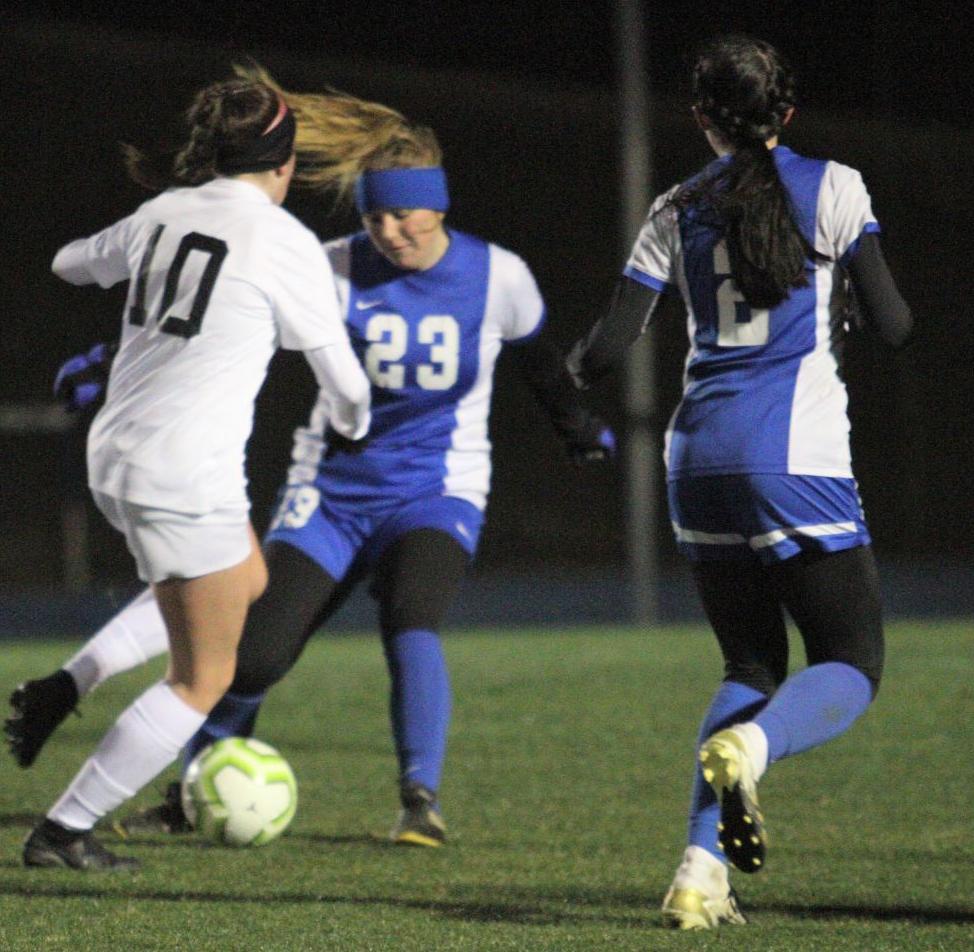 Madison Dacus and Kate Parker are shown during the home game against Commece. 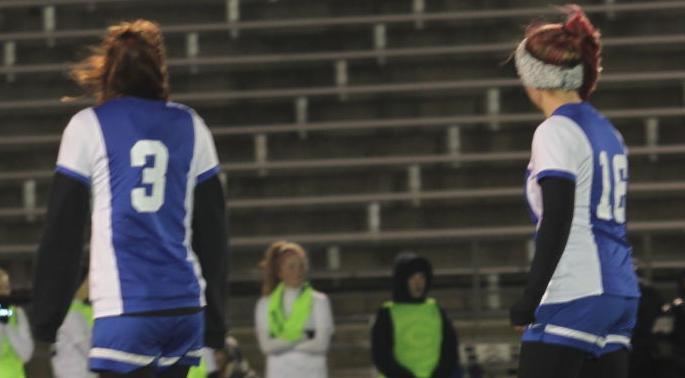 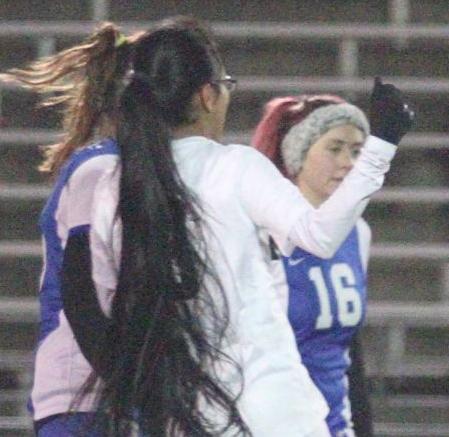 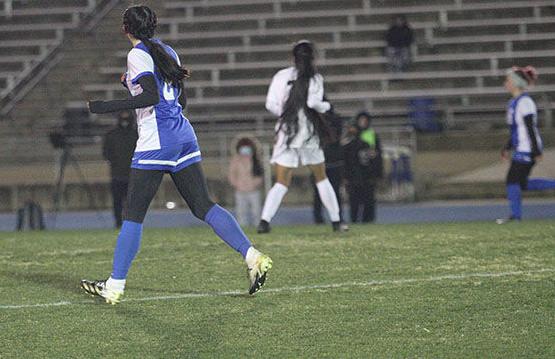 Kate Parker keeps an eye on the ball during the Commerce game at home.

Madison Dacus and Kate Parker are shown during the home game against Commece.

Kate Parker keeps an eye on the ball during the Commerce game at home.

The 2-0 Banks County High School girls soccer team faced the Commerce Lady Tigers last week at home. Although the Leopards never gave up, they were no match-up for the strong team and fell with a score of 10-0.

The game began with a cold temperature of 42 degrees, but this didn't stop the Lady Leopards from giving all they had against the undefeated Tigers. The Tigers quickly put four goals on the scoreboard early in the game.

Coach Parks said of the game, "Commerce is a great team, and we knew that going in. I'm proud of my girls for taking the opportunity to find things that they can work on to improve their own game. We know that the only way we are going to get better is to play better teams."

The game had some standout moments. Madison Dacus showed that her "never give up attitude" makes her one of the team's senior leaders, the coach said. Keeper Jenna Yonce also never gave up, the coach added.

"Yonce had some great saves," Parks said. "They both continued to work hard even though it's easy for a keeper to take every goal personally and give up."

The team will travel to North Hall on February 23. They will face their first region game against Union on March 2.