The Lady Leopards clinched the 8AA Region Champtionship this past week. They advance to the state playoffs and will play on Tuesday. 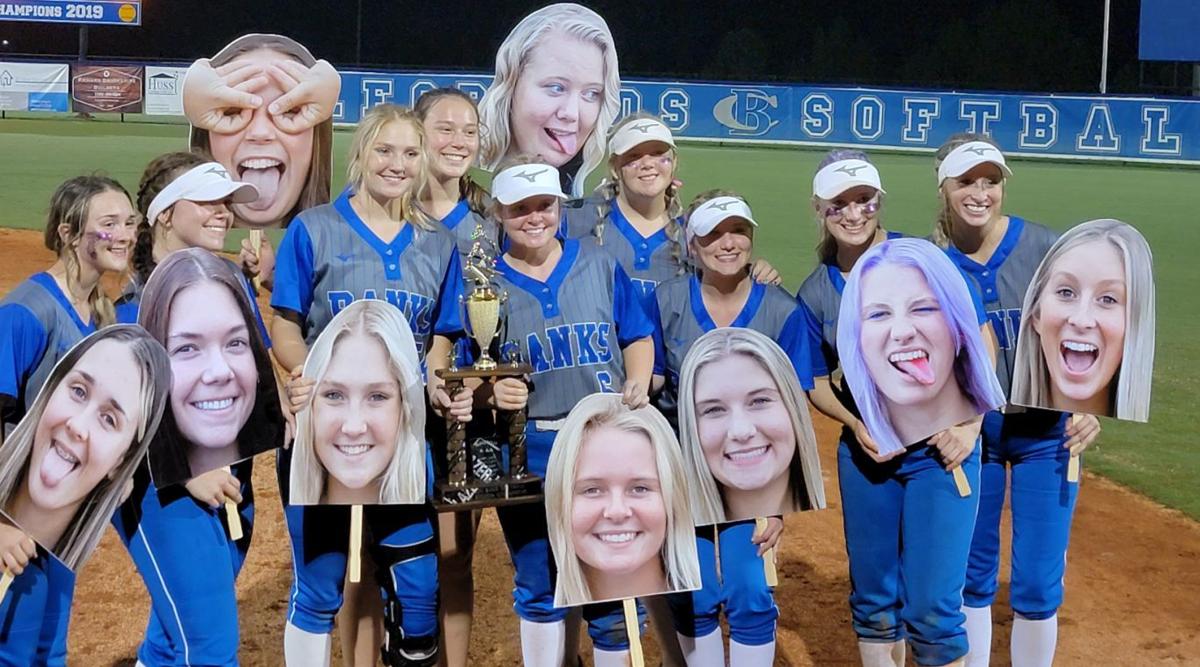 The Banks County High School Lady Leopards show off their spirit after the championship game. The team won the region championship for the third year in a row.

The Lady Leopards clinched the 8AA Region Champtionship this past week. They advance to the state playoffs and will play on Tuesday.

The Banks County High School Lady Leopards show off their spirit after the championship game. The team won the region championship for the third year in a row.

The Banks County High School Lady Leopards softball team clinched the region title this past week for the third consecutive season to earn the coveted title.

Coach Derrick Davis said, "You know if you have to have a championship game, this was what it should look like."

The Leopards beat Elbert County with a score of 1-0.

Davis is referring to the relentless effort that both pitchers showed. With a zero to zero score going into the 6th, pitcher Jacy Ayers kept up with the pressure and pitched a perfect game.

"Jacy, wow, what a game she pitched," the coach said. "It was like she was a Vegas card dealer, with the odds in her favor."

Ayers had five strikeouts during the game.

The Lady Leopard's defense also played a huge role in the game.

"The defense played great," Davis said. "If Jacy missed her spot, they were there to kill any chances of Elbert scoring."

It was not until the 6th inning that the Leopards finally caught the Elbert Blue Devils asleep.

"Lindsey Crawford was up at-bat," the coach said. "She had been slashing as good as anyone, and it worked again. Ayers came up and was able to get Crawford over to 2nd. Then, Alexus Humphries was up, and it was a perfect scenario. I knew Humphries was hitting the ball well and could do the job, and she did."

The team had a total of five hits, with Jodie Hood leading with two. Kylee Brooks, Crawford, and Humphries had one apiece.

Headed into the next phase of the state playoffs, Davis said the team will continue to do what they have been doing. "We are going to relax, breathe while staying focused on every play, 21 defensive and 21 offensive outs," Davis said."

The team will host Corretta Scott King on Tuesday, October 12. The first game time is at 2 p.m., the second immediately following. The "If" game will be played on Wednesday at 5 p.m.